With the second issue of Robotech: Remix by Titan Comics, the book is starting to feel like it is tackling too much. Can this comic remain in the air or will too many complexities cause it to crash to the ground?

Dana Sterling traveled back in time and saved her past – but has she lost her future? Faced with new enemies, old friends, and parents who barely know her name, can the half-Zentraedi Robotech ace cave out a place for herself in the cosmos? 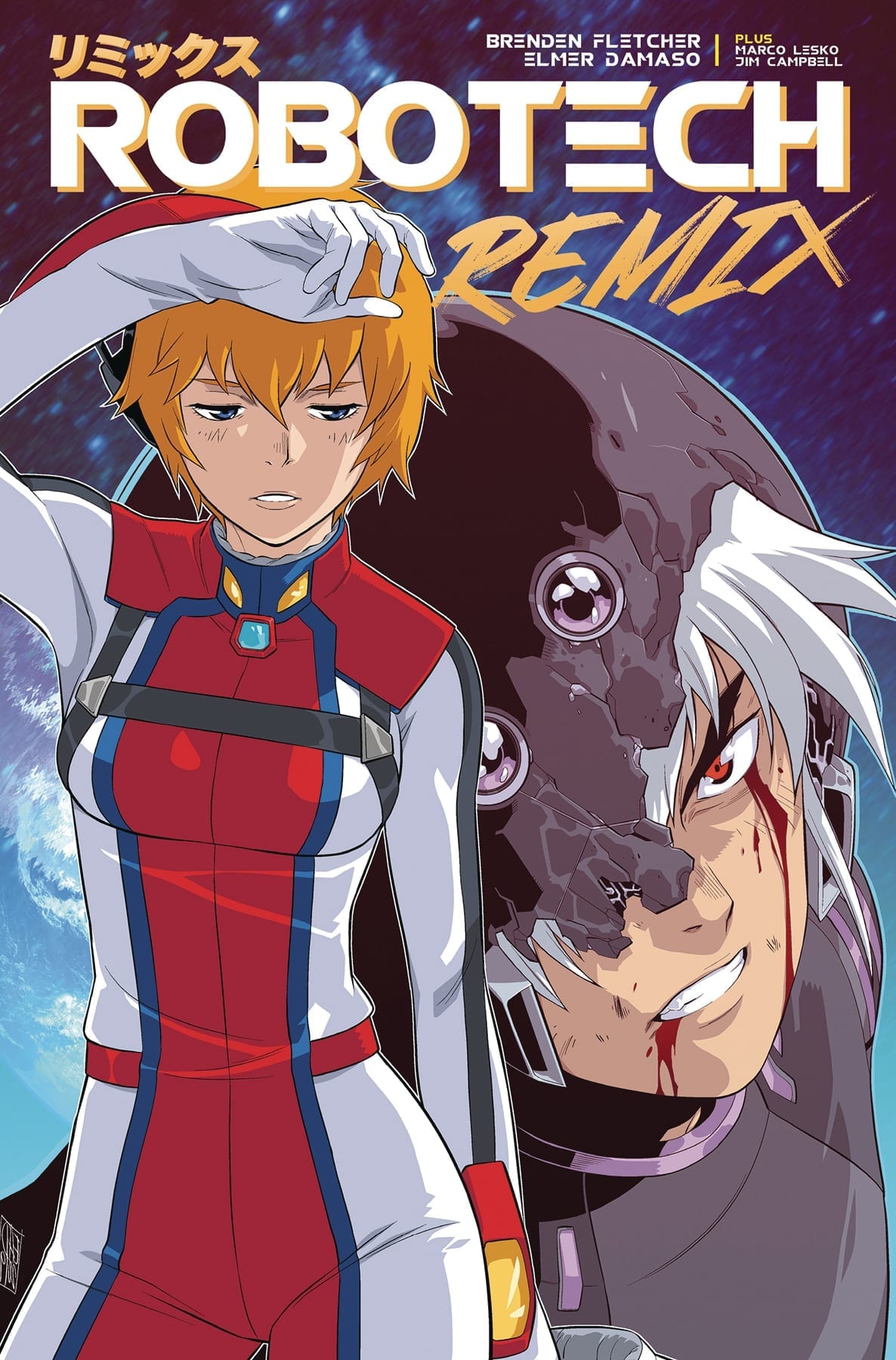 This series has hit a bit of a snag. With the reappearance from a familiar face, it’s hard to tell if it really is them or not. Is this the actual character the readers followed in the previous series or one from the alternate dimension Dana Sterling comes from? It’s hard to tell and it feels like this uncertainty will not let up any time soon.

Also, Brenden Fletcher is really trying to push the characters from Robotech II: The Sentinels and make the reader love them. This can be understandable given how the characters never did get a proper show (as their’s was canceled and compiled to a movie). Still, the whole other universe plot needs to flow properly or risk the entire book not garnishing enough of an audience. 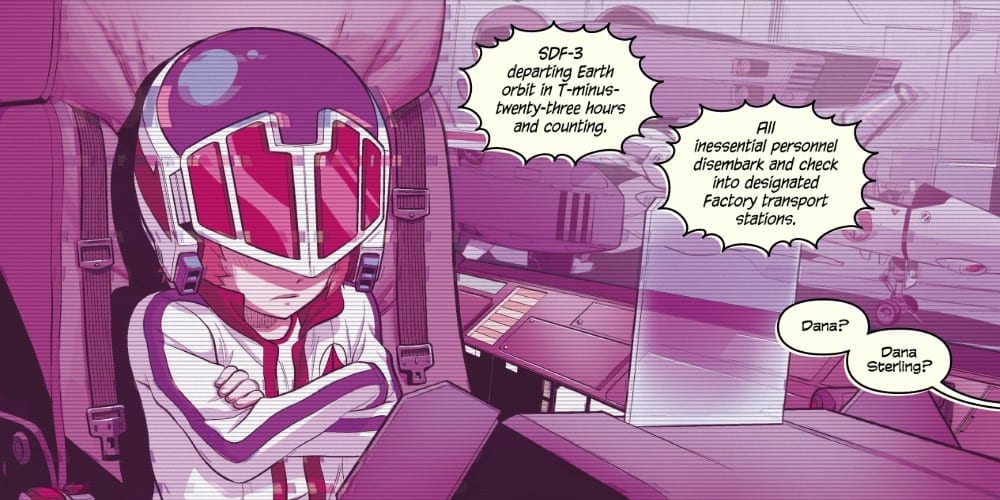 The artwork does maintain the level of quality of the previous issue. With Elmer Demaso on art, the characters look sharp and dynamic. Though when the more comical moments occur it is a bit offsetting. More unwelcome than offsetting as Demaso’s work is so appealing when not having the characters use anime ascetics (like sharpened teeth) for the comedy.

The colorwork by Marco Lesko helps with more Sci-Fi effects of the issue. From helping to distinguish characters as holograms to displaying the power of a force shield. It also is very useful for helping with the opening flashback to set the mood for the issue. 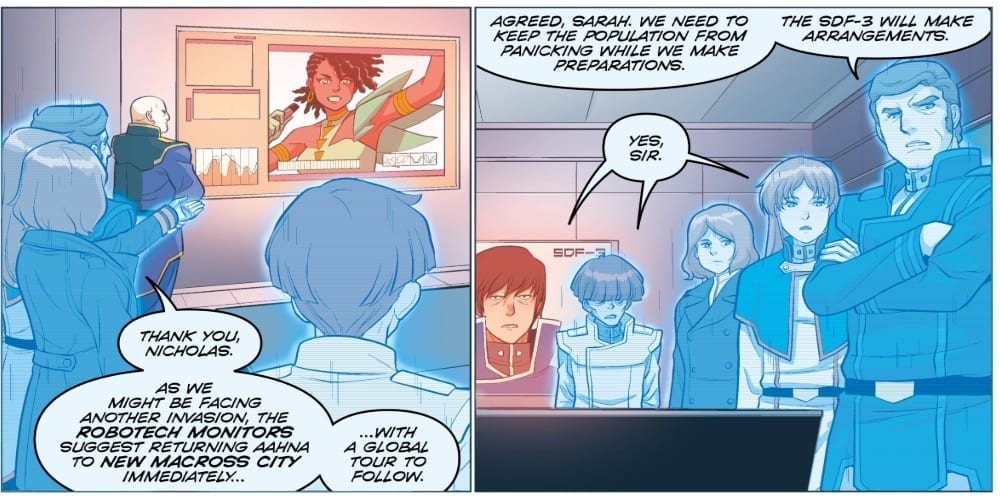 Jim Campbell on lettering helps with the auditory beats of the story. Special attention is paid to when annunciate their words and shout out as they attack. The little details like this helps the story to flow.

Robotech: Remix #2 isn’t bad but it does feel overly ambitious. It is trying to deal with a very complex concept like alternate realities while at the same time introducing new cast members. This is a delicate balance and one which may fall apart quickly if the creative team isn’t careful. Fingers crossed they able to maintain the balance but it could easily crash if they don’t succeed.

This issue starts to feel clunky but is saved by rich art. Review: ROBOTECH: REMIX #2 Offers More Questions Than Answers