Review: REVENGE OF THE FANBOYS is a Meta Love-Hate Letter to Comics

Written by Daniel Gordon with artwork by Adrian Sibar, Revenge of the Fanboys, which just began its Kickstarter for the second (of a planned) four issues, is described as “the greatest parody in comic book history!”

A definition of fanboys is, “a passionate fan of a particular product or company – whether it be comics, television, films, video games, etc. – blindly supports the every action of said product/company without question or reasoning.” While a fan will display admiration for a piece of entertainment, a fanboy is a devotee. They love it to the point of almost being a fault. So, what’s a fanboy to do when a greedy corporation is on the verge of shutting down a major comic book publishing company in lieu of making movies about said properties? They seek revenge, of course. 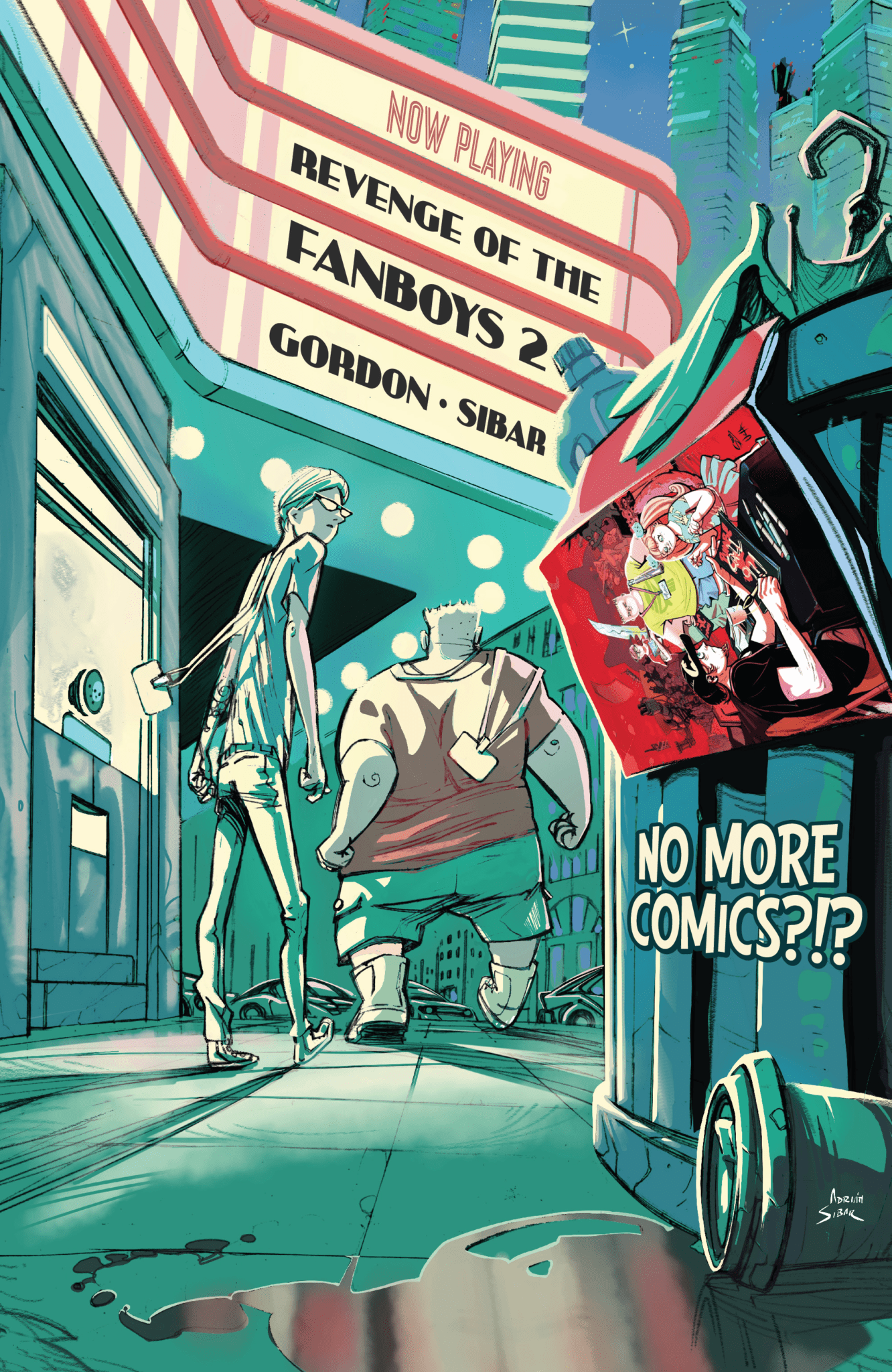 What if the movie industry tried to put the comic book industry out of business?

In this alternate reality a corrupt movie executive is trying to buy out “The Big Two” to use the characters in their movies, and is planning on letting the comic book side die away. To prevent that from happening Jack and Todd have to go to the convention where the sale is going to take place and cause enough controversy and chaos to scare the movie executive off!

On the way Jack and Todd will face off against parodies of the most popular comic book creators of the past 20 years as they desperately fight to save the comic book industry!

The first issue of Revenge of the Fanboys is a satisfying introduction to the main characters and the challenges they will eventually face. We follow the main duo as they enter a major comic book convention. Each panel in the book is sprinkled with cosplayers donning familiar, yet just different enough to avoid any copyright infringement, costumes.

What occurs over the next 22 pages is a chuckle-inducing dive into comic book fanboys and comic book convention stereotypes. Writer Daniel Gordon has clearly been to a Con or two, poking fun at the long lines and the stenches one would expect to find at an overstuffed convention center. Gordon also showcases his love/hate relationship with comics through his two main characters. It is apparent from the very beginning that they love comics. They love discussing comics, and using comic references in their dialogue. They also seem frustrated by the direction the industry has veered, what with the movies overshadowing the books that they draw the source material from. We all have friends like them. Heck, we are them.

The second issue of Revenge of the Fanboys takes the story in an interesting turn. While the first book is a comedic, heightened journey through a comic book convention, the second book adds a heaping dose of fantasy and surrealism. You will find deadly and villainous writers, drug-induced trips to another plain of existence, and the discorporated head of an Alan Moore-ish looking sage. It almost feels like the story was meant to be at this level from the get go.

Adrian Sibar’s artwork on Revenge of the Fanboys looks as if Skottie Young did some work on Archie Comics, and that is said with the best of intentions. Sibar crafts a unique style that’s manic and cartoonish. His work with the cosplayers in the convention hall is a fun who’s who of superheroes and pop culture characters. The characters appear in their traditionally illustrated size and style, making it seem as if the eponymous fanboys stepped into a nerdy version of Who Framed Roger Rabbit’s Toontown.

The artwork is amped up in the second issue as much as the writing. Sibar adds different artistic styles, coloring, and panel designs for each flashback and reality trip. Readers are sure to feel like they’re going on the surreal journey with the fanboys to save comic books from The Man.

Revenge of the Fanboys is a humorous, increasingly fantastical adventure that slams the comic book industry as much as it idolizes it.

You can read and support Revenge of the Fanboys through its Kickstarter campaign, and follow creator Daniel Gordon on Twitter for updates. 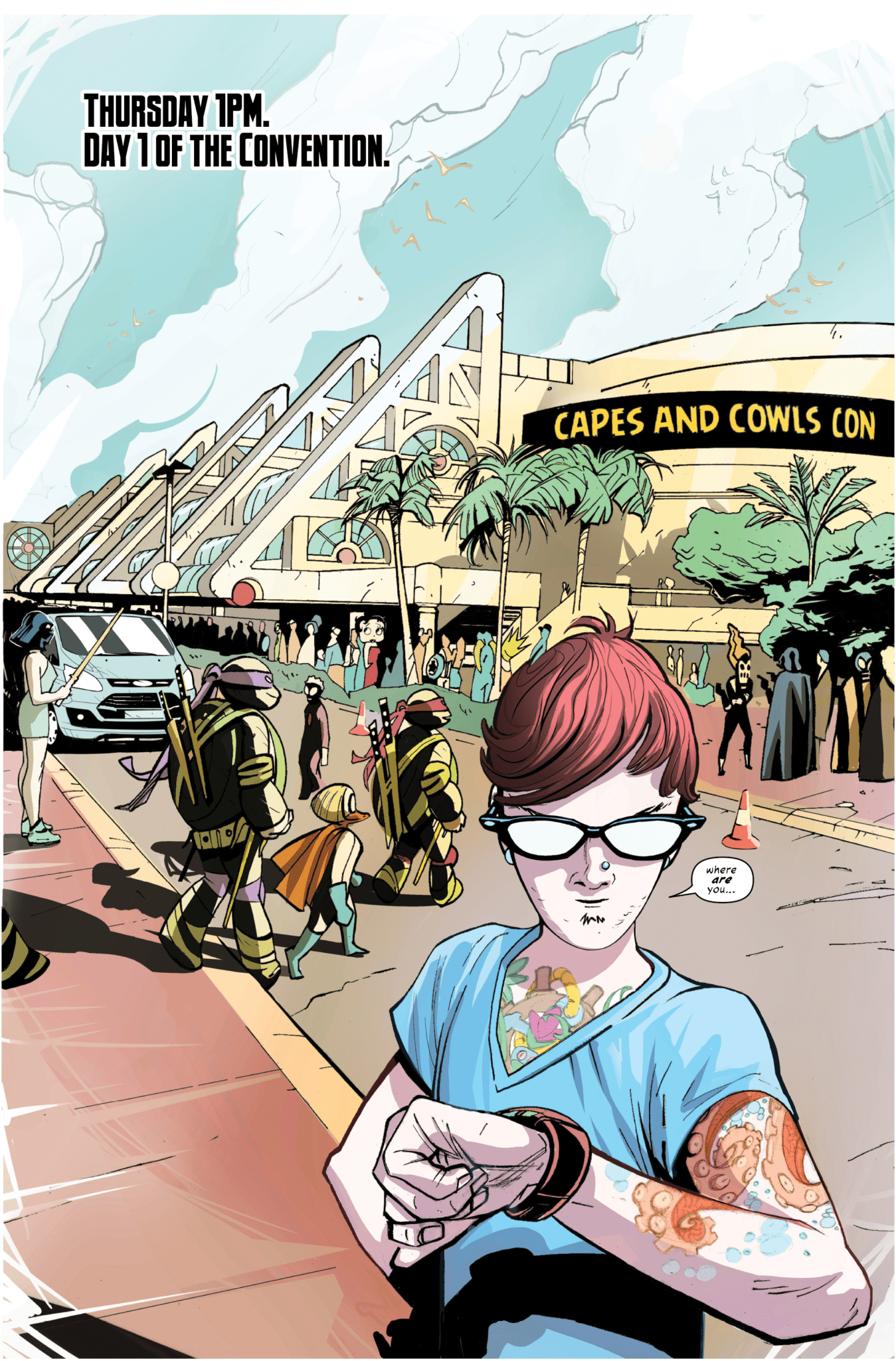 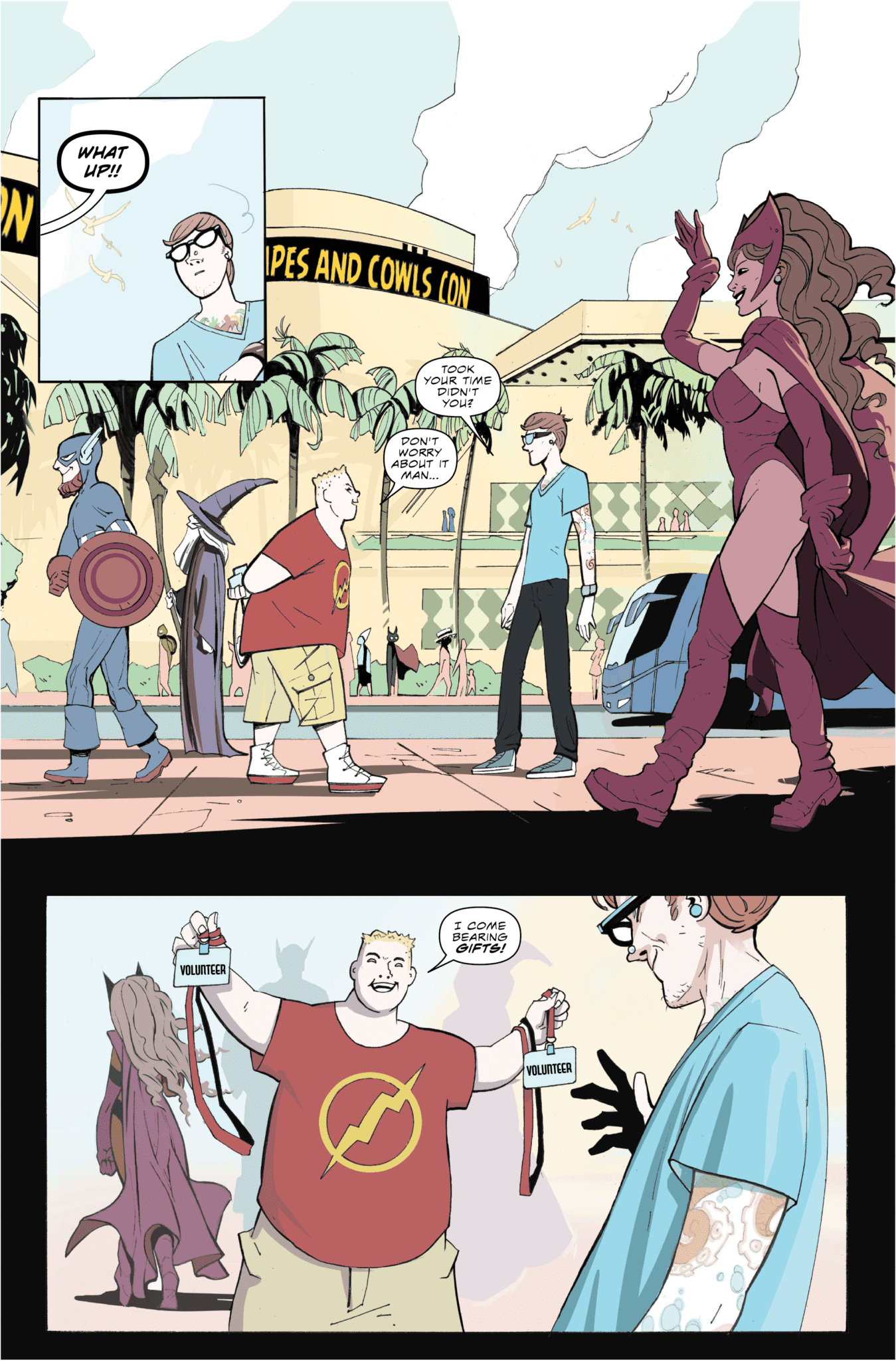 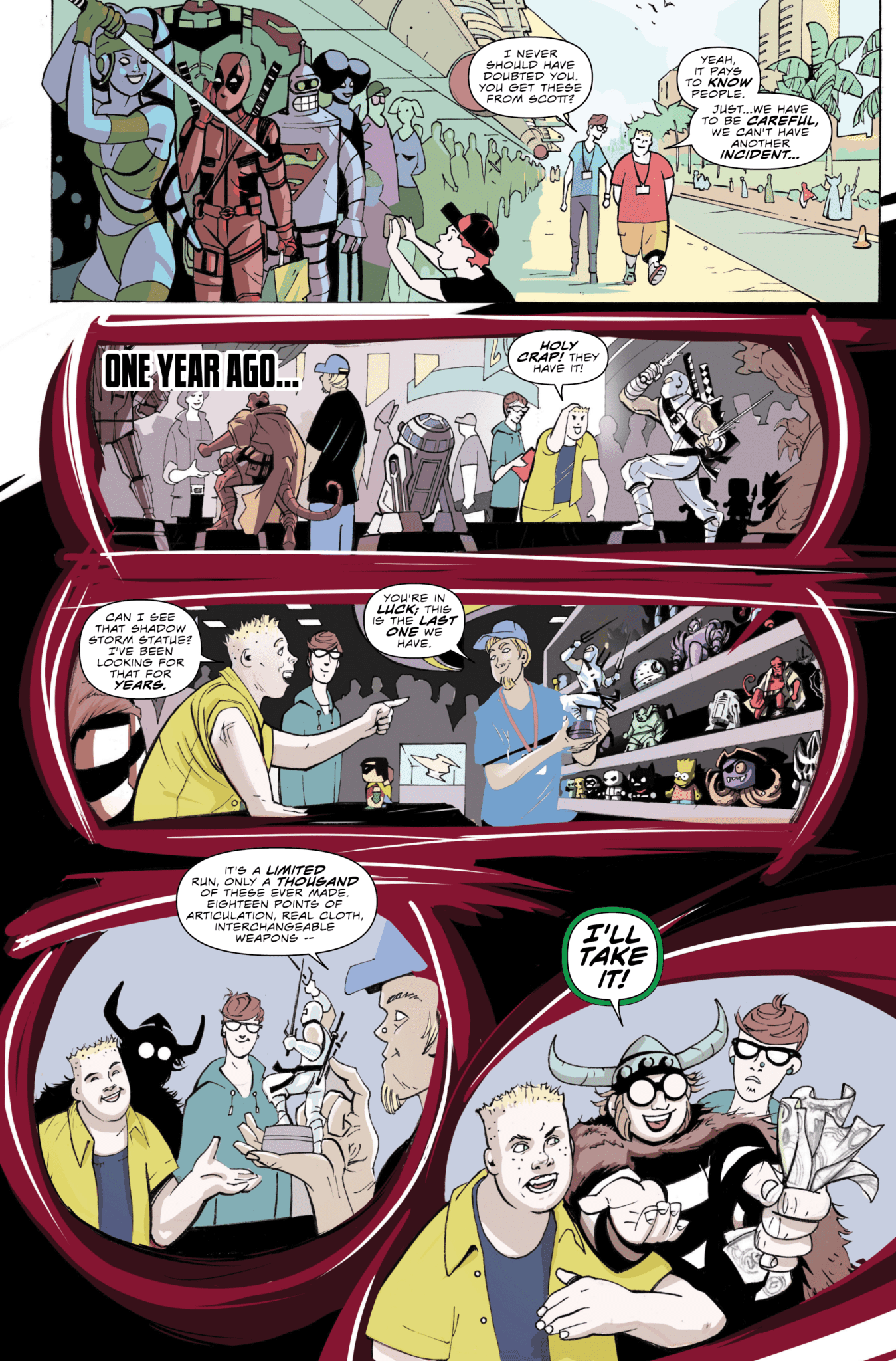 Written by Daniel Gordon with artwork by Adrian Sibar, Revenge of the Fanboys, which just began its Kickstarter for the second (of a planned) four issues, is described as “the greatest parody in comic book history!” A definition of fanboys is, “a passionate fan of...Michael FrommReview: REVENGE OF THE FANBOYS is a Meta Love-Hate Letter to Comics