Pepper Potts finally gets an issue of her own in Rescue 2020 #1 thanks to Dana Schwartz, Jacen Burrows, Pete Pantazis, and VC’s Joe Caramagna. Does this outing allow Pepper enough time for the character to get her due, or does it need some rescuing of its own?

Pepper Potts moved on from Tony Stark. She’s getting her life together, finding her place in the world. Unfortunately, that’s exactly when Tony Stark decides it’s time for a full-tilt, full-blown meltdown. 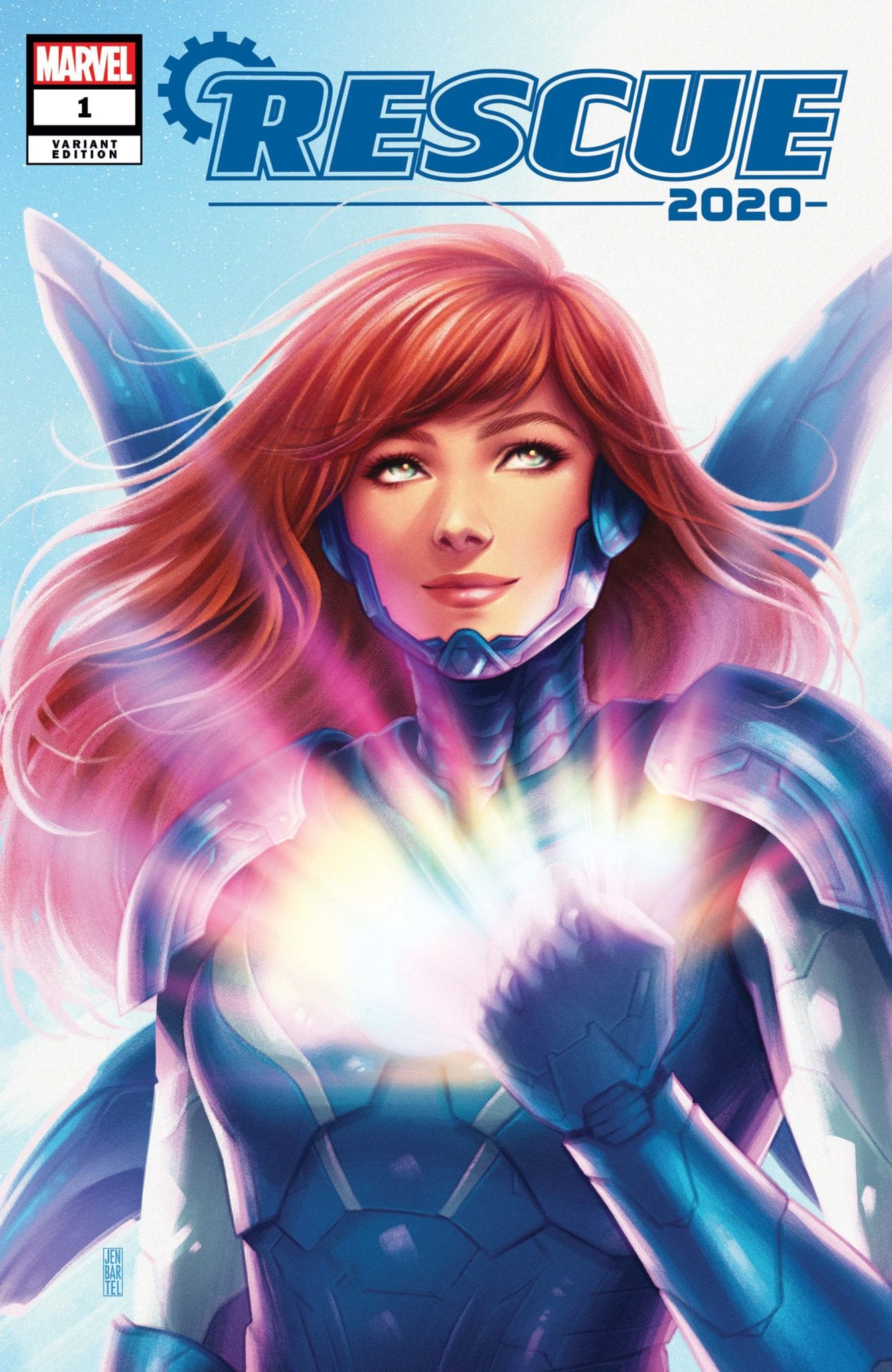 This book gives off a sense of discomfort but in a good way. There is an emotional reaction sympathizing with Pepper and all she had had to put up with over the years. The issue doesn’t try to reinforce the idea Pepper Potts is Iron Man’s one true love like in the movies. Instead, flashbacks show how one-sided their relationship has been at times and how Pepper has sacrificed so much to help Tony. It makes you feel for her, and at the same time, you can’t help but wonder why Pepper would be so keen on getting him back at all.

Writer Dana Schwartz does an excellent job with the emotional side, but the plot does leave something to be desired. The goal is hoping to clone Tony Stark again. Why? Are they hoping to get a better version this time? Mark-1, leader of the Robot Rebellion is a cloned version of Tony Stark and look where he is now. This seems like a plan doomed from the start. Maybe the plan will turn around in the second issue. 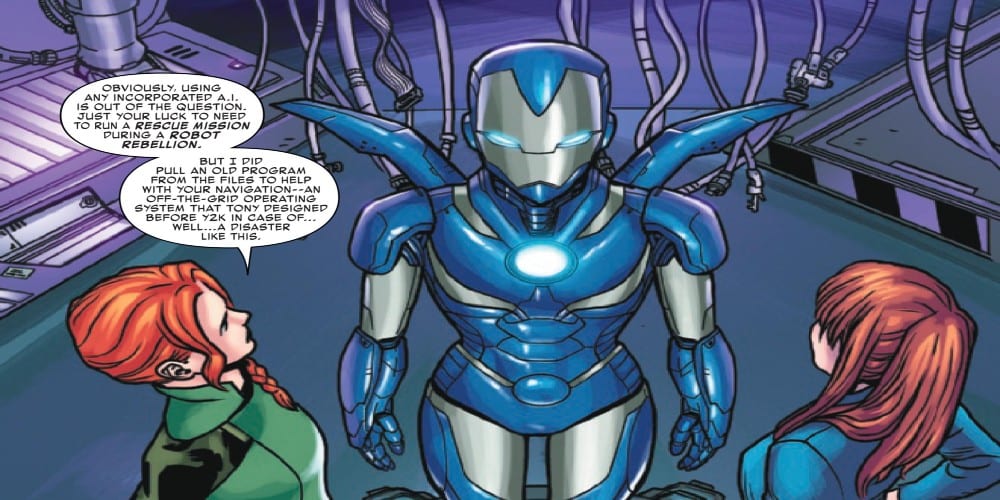 Jacen Burrows does a fantastic job capturing the look of the Rescue Armor from Avengers: Endgame. The more impressive part comes from the showcasing Pepper Potts through the ages. From when she was a kid, to graduating from college and being a businesswoman, the stages of her life on full display.

The colorwork by Pete Pantazis offers some great detail work on the Rescue armor. From holographic displays to weapon attacks, the coloring helps to showcase all the new armor has to offer. This helps to distinguish it as being as the suit was made for different purposes than regular Iron Man armor. 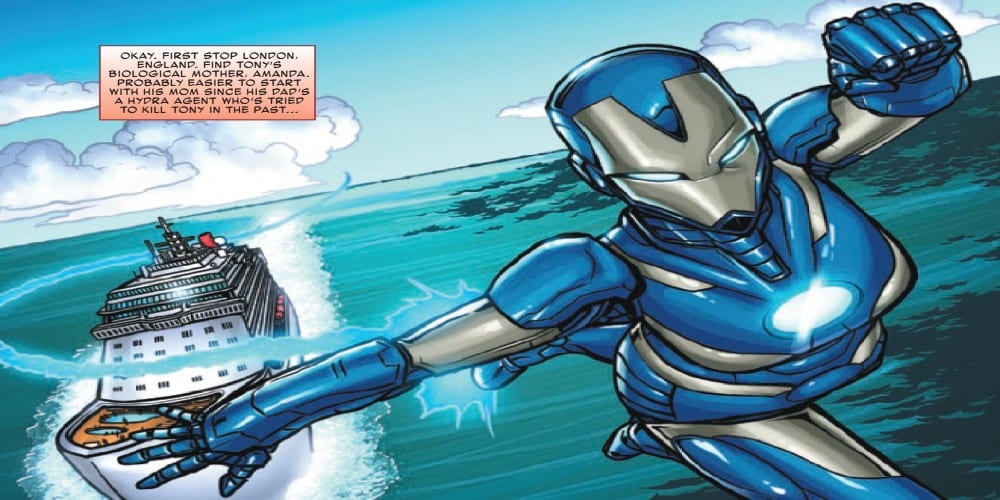 The lettering by VC’s Joe Caramagna helps to give the story a great sense of flow. The main achievement comes from giving a sense of sound to the issue. This becomes necessary with the finale of the issue.

Rescue 2020 #1 may not be the greatest story ever told featuring Pepper Potts, but it does generate emotions. Hopefully, when the 2020 event is over, Pepper will be convinced to stick around a bit more and use this new armor to the fullest.

The issue achieves a distinct emotional response for the main character.Review: RESCUE 2020 #1 Makes You Feel For Pepper Potts