Red Sonja: Age of Chaos #1, out this week from Dynamite Comics, is a landmark crossover for the publisher. The new book pits the titular warrior against a host of horror baddies from the Chaos! Comics imprint (now owned by Dynamite), including Purgatori, Evil Ernie, Jade, and more, for an exciting cross-dimensional rumble.

After finally vanquishing the powerful lich Kulan Gath, Sonja takes precautions to ensure he never rises again. The wizard’s evil survives through the ages, though, eventually being sought by a coterie of supernatural forces. 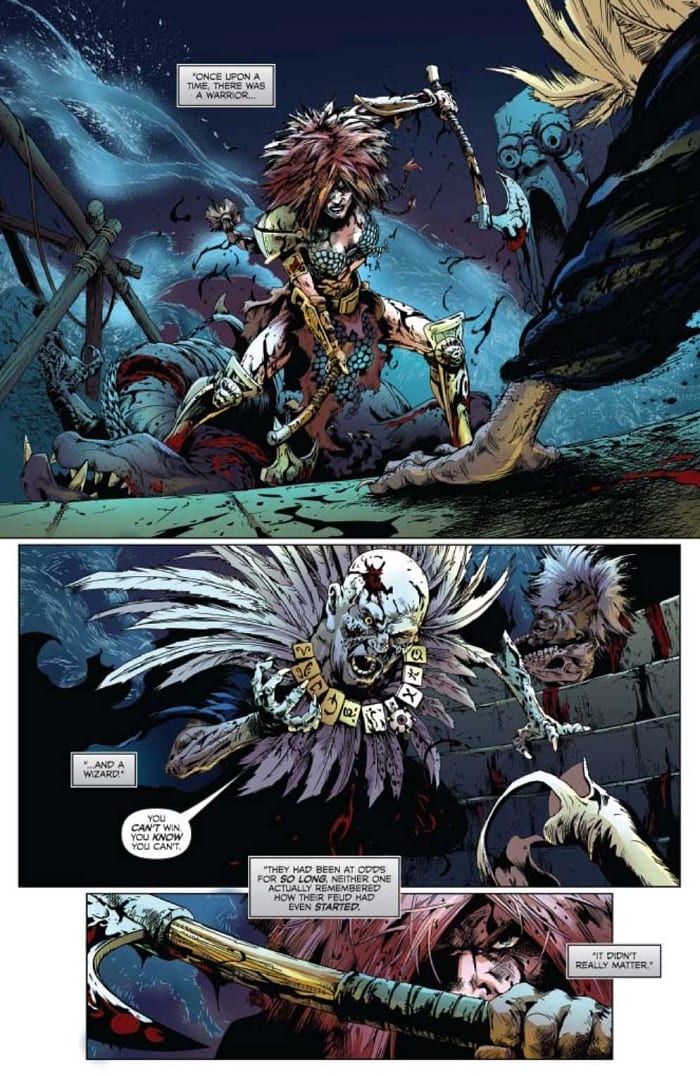 Sonja herself only makes a few appearances in Red Sonja: Age of Chaos #1. Most of her time exists as a prologue to provide establishing lore for the series, which appears to take place in the present. As such, this first issue feels mostly like the lead-in to a big, epic story to come.

Despite being primarily setup, the book is far from boring. Eric Bunrham’s writing is tightly-plotted and fast-paced, without an ounce of fat. It’s true that the dialogue can be a little cloying at times. With an over-the-top cast of characters as we have here, though, it comes off as charming rather than off-putting.

Beyond the serious, high-fantasy elements, Red Sonja: Age of Chaos #1 has a fun tone, as well as a sense of humor. There is also plenty of fan service aimed at Chaos! Comics devotees, who don’t get many opportunities to see these characters in action outside of Dynamite’s current ongoing Chastity title, and Coffin Comics’ Lady Death.

Despite the high marks, Red Sonja: Age of Chaos #1 is not all perfect. The book tosses readers into the deep end, and could be alienating for new readers who aren’t already familiar with at least some of these characters. In addition, the temporal shifts can be confusing; the writer doesn’t always provide visual or textual cues to indicate when we change place. I, for one, found myself doubling-back at least once to make sure I hadn’t missed something. 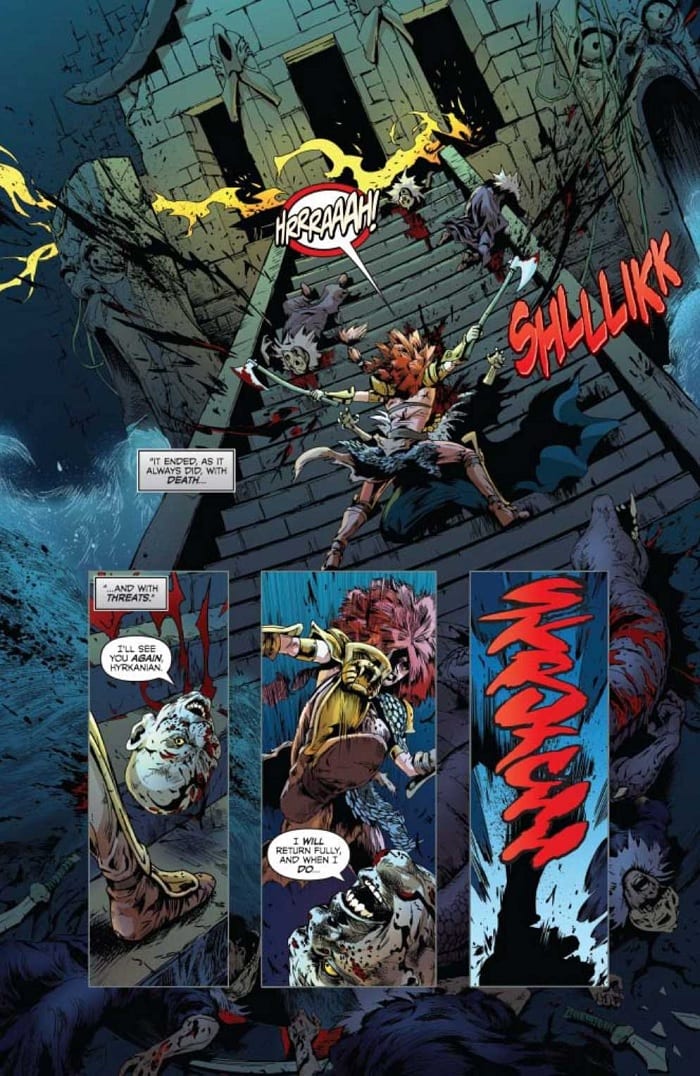 Jonathan Lau’s artwork possesses an energy and edge to it reminiscent of the late-90s style. While there may not be a great deal of cohesion in the page layouts, the energy behind Lau’s drawings is sufficient to keep the reader’s interest, even without that sense of focus.

Lau’s character designs in Red Sonja: Age of Chaos #1 are meticulously detailed, and this is the arena in which the artist’s work really shines. While many of the backgrounds show an impressive level of detail, it’s very selective. The focus is always on the characters, with the regular use of closely-cropped panels accentuating that point.

Perhaps the only significant weakness in the visual department is the composition of panels. It can be difficult to parse what’s happening in some of these illustrations. At other times, Lau simply makes strange choices that don’t seem to make much sense. It can feel as if certain panel were illustrated without much thought given to presenting a coherent image.

The colors by Celeste Woods are incredibly vibrant. There’s a wide range of colors employed; however, the artist manages to keep the ethereal tones from clashing. The end result complements the classic horror vibe of Lau’s inks. 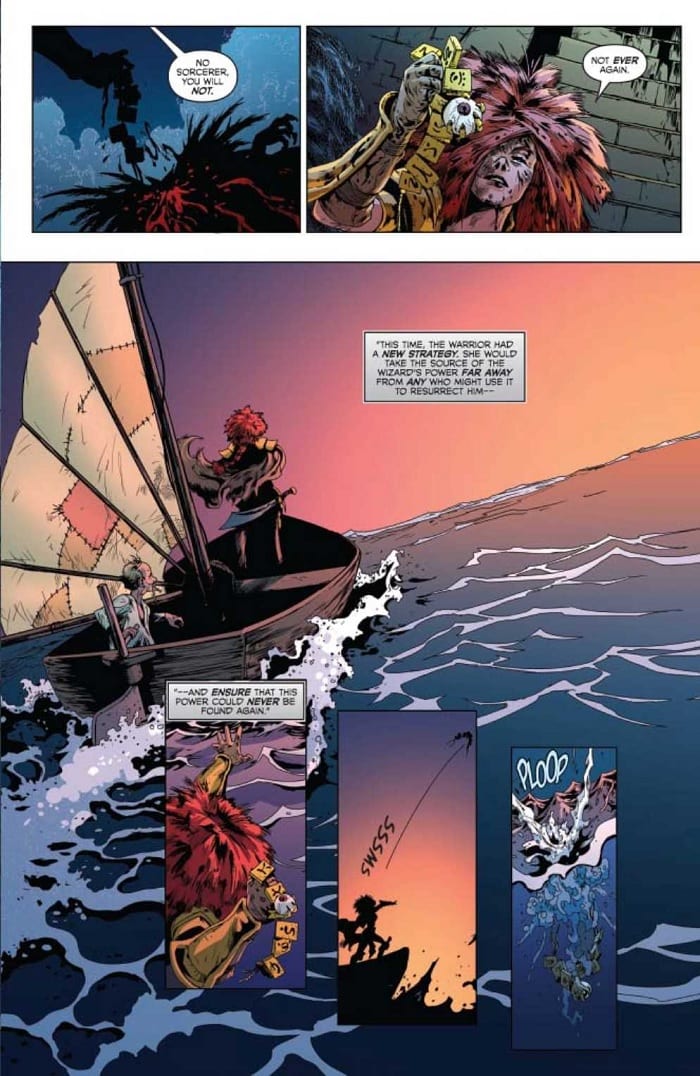 Red Sonja: Age of Chaos #1 is an engaging opening chapter to this crossover event. The book presents an interesting concept, propelled by capable storytelling and artwork. It’s worth picking up.