Valiant Entertainment’s new series, PSI-LORDS, is a highly-anticipated science fiction line focusing on four astronauts trapped in a cosmic prison. The story will follow the mythology brought to life in the Psi-Lords’ 1994 appearance in Rai and the Future Force #21, as well as their own series’ short run from 1994-1995.

It’s clear these humans are more than meets the eye, but what is their connection to the legendary god-like Psi-Lords? And how did they come to be imprisoned?

Fred Van Lente’s story begins by introducing us to four people of diverse backgrounds: Beacon the intellectual, Artisan the maker, Hazard the rager, and Tank the solider. Each of these unique personalities comes from an astronautical background of some kind and have little to no recollection of how they were imprisoned. Fortunately (or unfortunately) for them, a mysterious man named Scion guides them by whispering telepathic messages into their minds. He reveals their only hope lies with him. 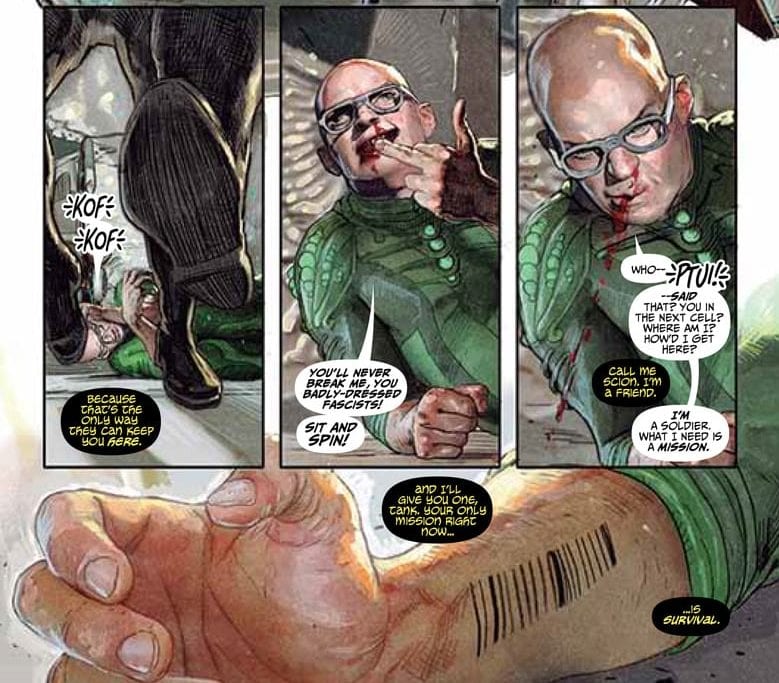 Van Lente does an incredible job of showing each character’s unique reaction to their predicaments. Aside from the natural disorientation any person would be experiencing, we see the various emotional reactions of each protagonist. Beacon’s cold aloofness, Artisan’s cool confidence, Hazard’s anger, and Tank’s rock hard determination allow for readers to easily imagine themselves as one or all of them.

We’re taken on a fast-paced prison break with the protagonists as they explore the compound they’re trapped in. We get to see each character bring a set of unique powers to life in brilliant displays, surprising them as much as us. But the real climax arrives when the newborn super beings realize where they’re being held and who’s holding them. 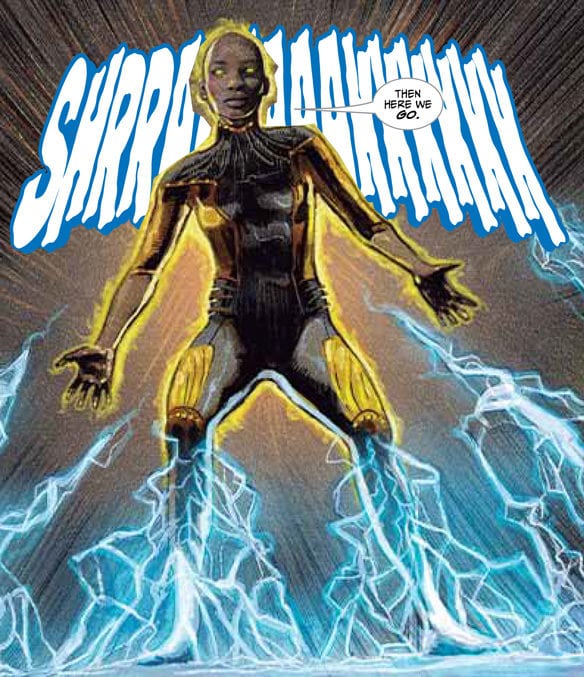 Artist Renato Guedes is more than up to the task of combining elements of sci-fi art with those of a prison compound. His penciling adds impressive detail to the alien contraptions surrounding the prisoners’ cells that are enhanced by the dreary shades readers would expect inside a prison. In addition, letterer Dave Sharpe uses all the tools in his wheelhouse to make Scion’s voice come alive in the reader’s minds as much as the protagonists’. 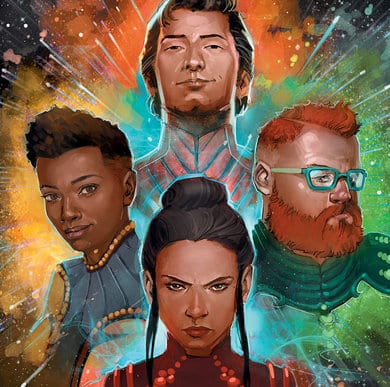 Rod Reis’ main cover features a colorful depiction of each protagonist on a galactic background, giving readers an inside look at the story to come. Jonboy Meyers’ variant cover also features these characters but gives them more personality. We can clearly see each hero’s expression as they explore their newfound powers.

Alan Quah and Komikaki Studio’s variant cover follow’s suit with the previously mentioned covers, but leans more into each character’s personality by featuring them in a variety of dramatic poses. Marco Rudy’s cosmic variant cover also hones in on the group, but gives them beautiful cosmic trails of stardust as the name suggests.

Last but not least is Paulina Ganucheau’s pre-order edition cover. Instead of depicting all four of the story’s main characters, Gaunucheau focuses solely on the intriguing Hazard, which may allude to her upcoming importance in the story.

PSI-LORDS #1 is a thrilling sci-fi epic that is destined for greatness. Valiant’s creative team was wise to revive this important series and we can expect big things in the coming issues.

What did you think of Valiant’s decision to dive back into their Psi-Lords mythos? Let us know in the comments below!