Review: NIGHTWING #70 And The War Within

“Richard” Grayson has been undergoing an identity crisis over the past few issues. The break in mental control Dr. Haas held over him returned many of his lost memories, but they’re in direct conflict with the implanted experiences. On top of this, the Joker is making his way through Blüdhaven and attacking the Nightwing team.

Will Grayson and the city refrain from falling apart? Find out in NIGHTWING #70, available in comic book stores on Wednesday, March 18th.

Grayson would like nothing more than to simply live his life by the implanted memories. But his inquisitive nature won’t let him rest until the truth is unveiled. 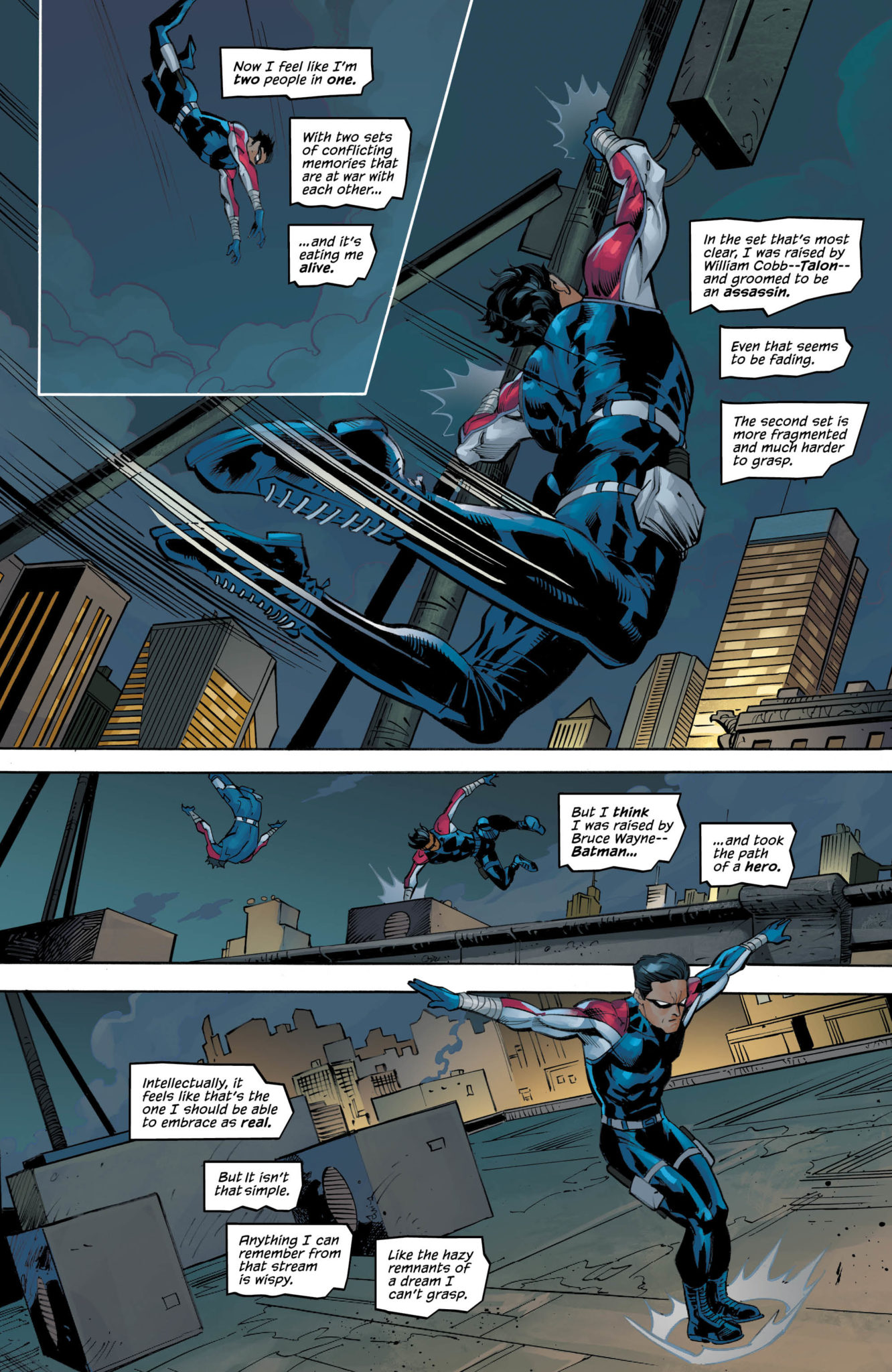 The hero knows there are two lives worth of memories floating inside of his mind. But one feels vastly more “real” to him than the other. 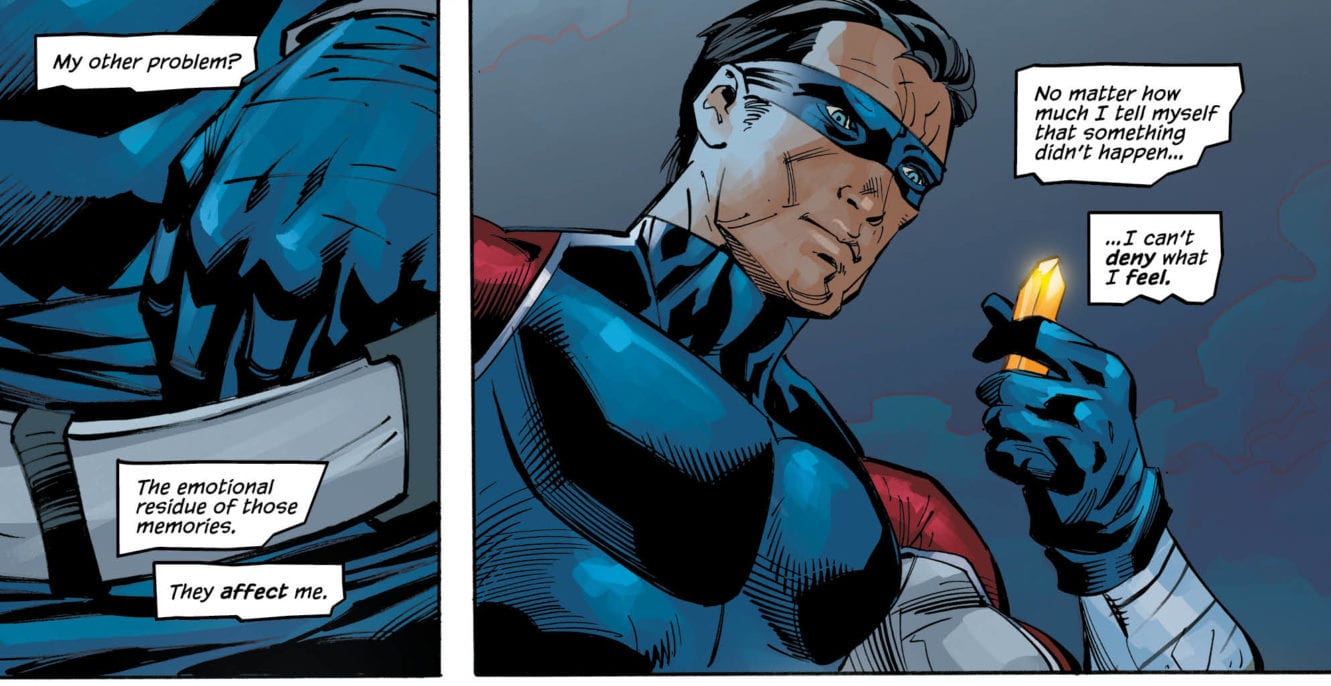 This psychological warfare in Grayson’s mind leaves him restless as ever. And he’s determined to uncover his true identity if he has to dismantle the Court of Owls themselves.

Elsewhere, the team of Nightwings are recovering from their recent run-in with the Court of Owls. Most of the team is demoralized, realizing the true danger of fighting major crime in Blüdhaven. Sap, the leader of the group, is determined to hunt down those who’ve caused so much pain. But it’s not an owl-themed murderer the vigilante finds: it’s the Joker.

Dan Jurgens’s script hits the nail on the head in its detail of complicated psychological issues. Through Grayson’s struggle with memories, he portrays the difficulties in believing the truth about ourselves despite what our feelings tell us otherwise.

The artwork for this issue was engaging in its fluidity. Ryan Benjamin’s penciling and Scott Hanna’s ink work captures the acrobatic grace of Grayson as he leaps from building to building. Rain Beredo’s dark hues coloring the city helps our hero and each character stand out from the rest of the scene. And Andworld Design’s lettering follows each moment by placing the word boxes alongside each moving figure, generating a sense of movement. 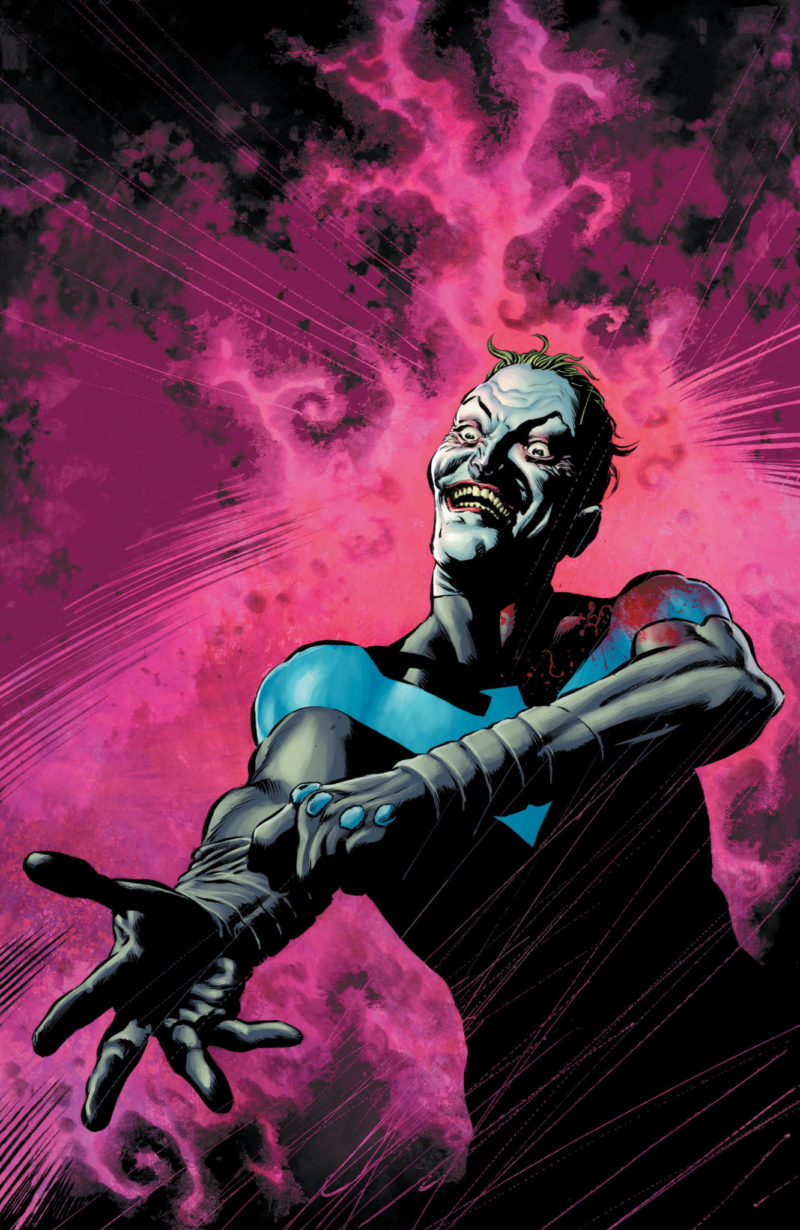 Mike Perkins and Jason Wright’s main cover artwork gives readers an eery look at the Joker in a Nightwing costume. Could this be the Joker’s ultimate goal — the reason he’s been tracking down our hero? 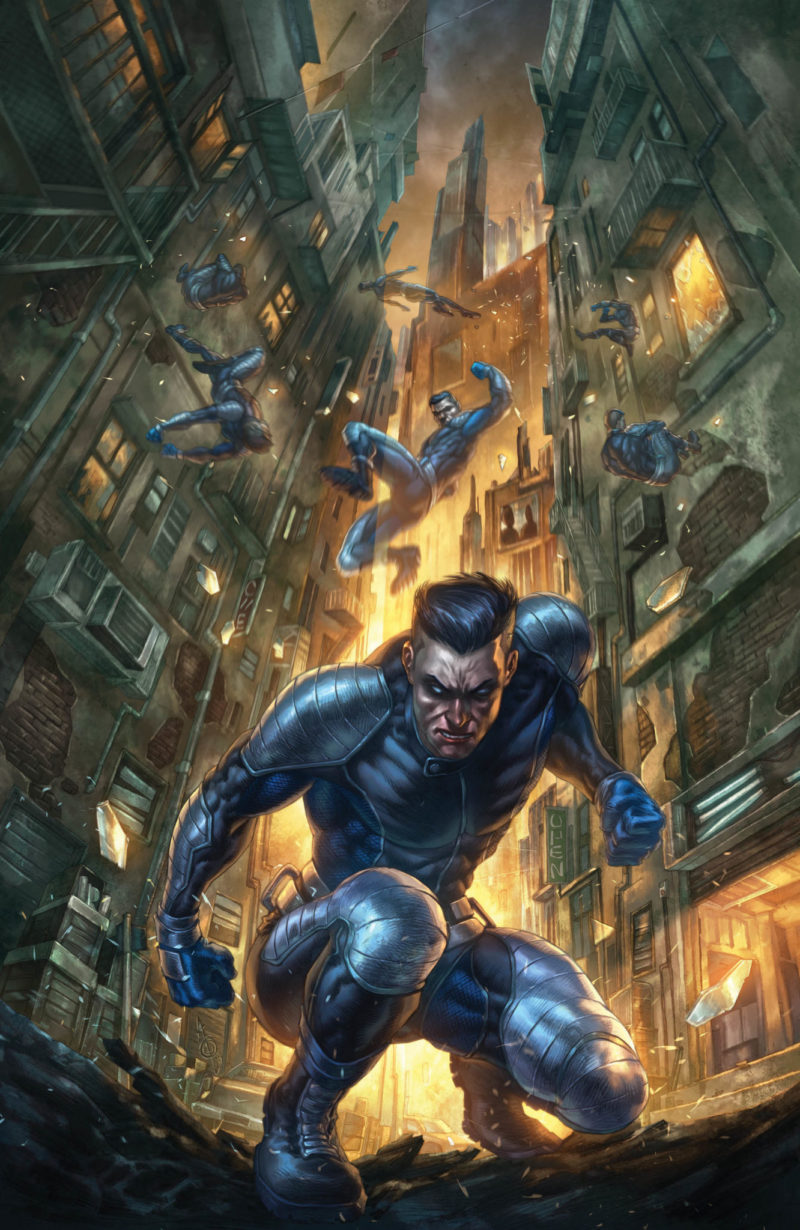 NIGHTWING #70 gives readers a heart-felt look at the pains Grayson is feeling throughout the recent traumatising events. And the introduction of Joker into the mix will only increase the amount of chaotic elements in the story.

Where do you think Joker fits into all of this? Let us know in the comments below!

Review: NIGHTWING #70 And The War WithinDan Jurgens's script hits the nail on the head in its detail of complicated psychological issues. Through Grayson's struggle with memories, he portrays the difficulties in believing the truth about ourselves despite what our feelings tell us otherwise.