Mega Man: Fully Charged #4, out now from BOOM! Studios, is a fast-paced issue full of important moments and events that will make your jaw drop. 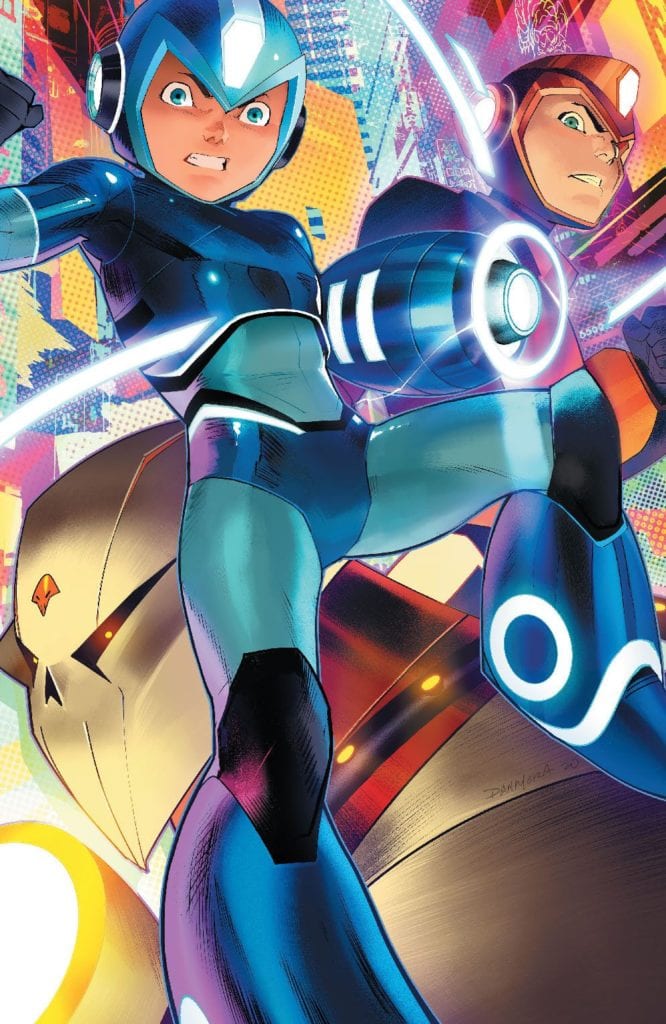 While the mere presence of Zero in Mega Man: Fully Charged #4 is enough to excite fans, Marcus Rinehart immediately reveals more about this new version of Zero to draw the readers in better. As more about Zero’s identity is uncovered, we are connected more with the character, making the issue a thoroughly engaging read.

Another way that Rinehart is able to make Mega Man: Fully Charged #4 such a riveting issue is through constant surprises and gripping moments. This issue is stuffed full of action, as Skull man and his followers face off against Mega Man and Zero. Action-packed scenes are difficult in comic books since to show off the beautifully drawn moments of combat, much of the page needs to be occupied, which makes it challenging to fit in the story. Mega Man: Fully Charged #4 solves this by interspersing scenes that leave the reader in shock. These short moments are dense in content, so the reader doesn’t feel cheated (in terms of story) when the issue features a lot of action. 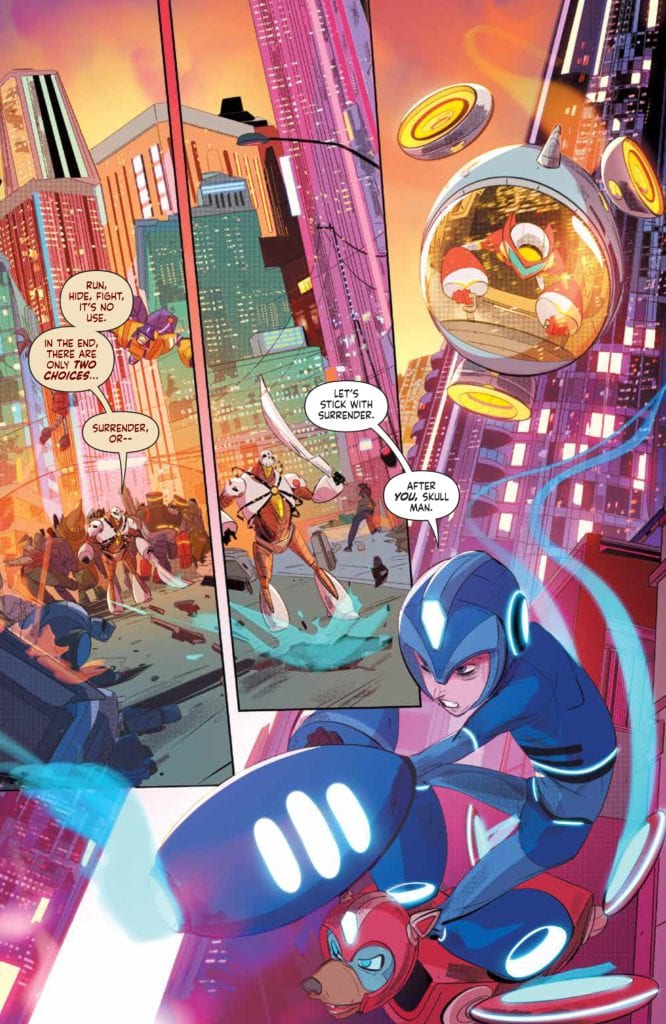 The art of Mega Man: Fully Charged #4 was done by Stefano Simeone, and it does a phenomenal job at bringing the issue to life. Since the issue is full of action and Simeone is a king of dynamism, each page is a brilliant spectacle that continuously draws you in. Every form in the issue looks as if it was a snapshot pulled from an intense battle, and this does wonders to make the issue an exciting read. It would also be a sin not to mention the glorious backgrounds that Simeone fills the issue with — mostly composed of highly detailed cityscapes — and the new designs of iconic characters. While Zero is an entirely new design, other characters in the issue are given new ways to engage in combat, and their new looks are stunning.

The colors of Igor Monti never cease to amaze or turn Mega Man: Fully Charged #4 into a sight to behold. Monti has provided astonishing work throughout the series and always pairs exceptionally well with Simeone’s art. This issue is particularly impressive, as Mega Man faces off against his foes and the sun sets on Silicon City. The vibrant colors of Mega Man, his friends, and his enemies on the same page of the setting sun, which creates a warm hue, is an awe-inspiring sight. The issue also contains more flashback scenes, whose distinct colors make it clear it is a flashback and set a grim tone. 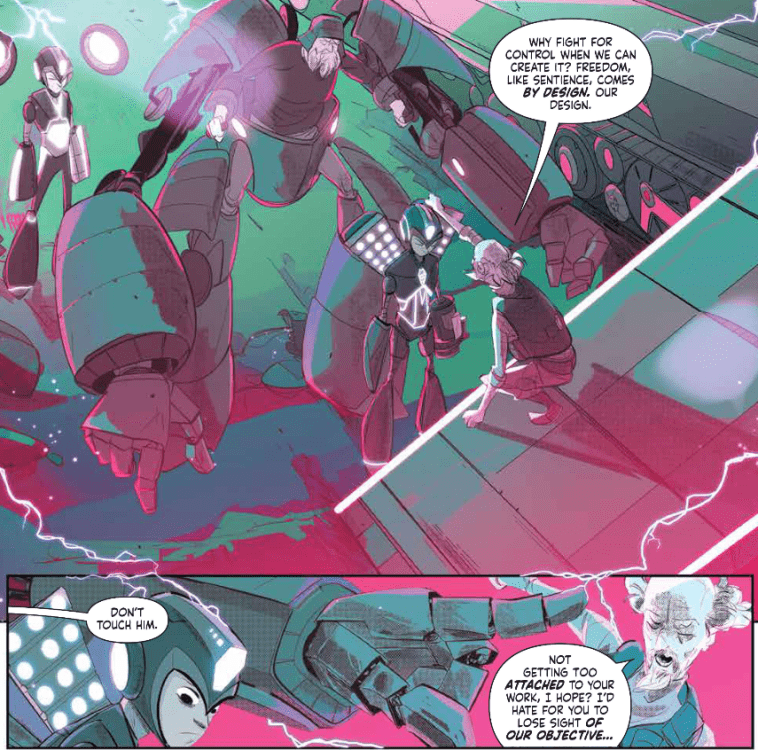 Mega Man: Fully Charged #4 contains the lettering of Ed Dukeshire, which is some of his best work in the series so far. The large amount of action in the issue allows for many sound effects, and Dukeshire does not disappoint as he provides a pleasant variety of fonts in his lettering. Dukshire also gives his fonts a robotic feel that blends in nicely with the setting of the series.

Mega Man: Fully Charged #4 is an incredible issue that knocks it out of the part in both writing and art. We figure out more about characters, there are more wonderful twists, and the action is continually engaging. The art is superb, and the turn of each page feels like an absolute pleasure as you gaze upon what Simeone, Monti, and Dukeshire are able to create. If you aren’t reading Mega Man: Fully Charged, you’re missing out.

An enthralling issue of beautiful art and an epic story.Review: MEGA MAN: FULLY CHARGED #4 - Introducing A New Version of Zero