Review: LEAVE ON THE LIGHT #1 Great Artwork, But How’s The Story

A serial killer that’s supposed to be dead is murdering children again! Leave on the Light, the title is great. It’s a little jarring and that works.

Another entry from Antarctic Press, this time in the slasher horror genre. Bradley Golden and George Aguilar provide the script for this installment. Alex Sarabia takes care of the pencils, with Lahkem Amiyr handling inks. Shannon Smith has the colors, and Hector Negrete is lettering.

Sarabia’s art in this serial killer crime story has the perfect feel. Your attention is drawn directly where it needs to be, and an often overlooked quality of this art, the characters are distinct. A great amount of detail has gone into making sure the characters look different, and no one gets mistaken for someone else, which, to me, is the most important part of telling a horror story. 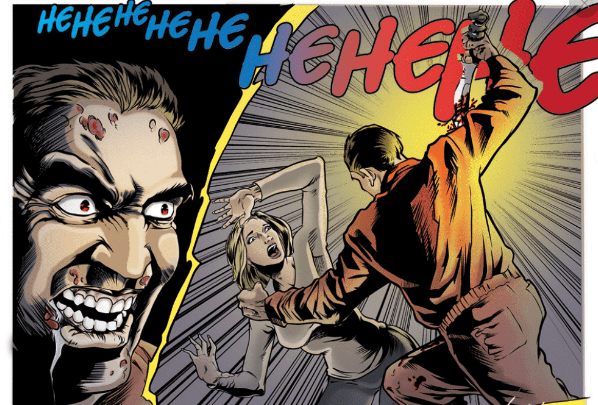 Leave on the Light has some great artwork, but lack of originality leaves much to be desired. With the slasher horror genre, it is hard to be original, but that’s where great characters like Michael Myers, Jason Voorhees, and Freddy Krueger have survived for decades. They are all strong and intriguing characters, and that why people come back again and again for more.

The killer is revealed pretty early in the story, so we’re not given any sense of mystery into his identity, except for a name. His design is nothing original as he appears to be still wearing his prison jumpsuit. Michael Myers was channeled for this killer just without a mask, and admittedly with a cooler knife.

Where most horror stories steer clear, and where I must give Golden and Aguilar credit, is the willingness to push the envelope and kill children. Usually, that’s something most books won’t even consider so they can avoid controversy or backlash. Just look at the crap DC Comics got for a title like Second Coming, the petition ultimately did nothing as it was just released by a different publisher, but I digress. 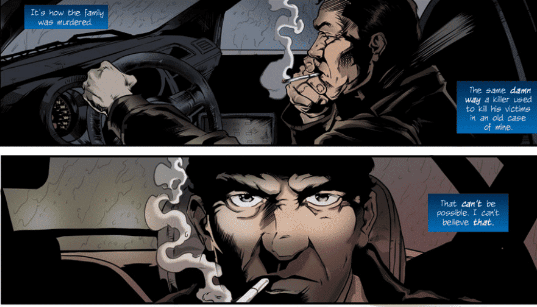 The most disappointing trope in Leave on the Light is the tired older lead detective that doesn’t play by the rules, punches reporters, smoke cigarettes, his kid is dead, and I’m willing to bet he doesn’t get along with his superiors either, and his partner makes excuses for him that he’s just misunderstood.

Leave on the Light is disappointing, because I wanted to enjoy this story, but with the current economic climate of the world, this $3.99 would have been better spent on a cheeseburger.

What did you think? Am I horribly wrong about my assessment? Tell me why and what else you thought about Leave on the Light.

Lacking originality or intriguing characters, Leave on the Light leaves much to be desired from a slasher horror story.Review: LEAVE ON THE LIGHT #1 Great Artwork, But How's The Story