Review: The Forces Of Nature Clash In JUSTICE LEAGUE DARK #20

JUSTICE LEAGUE DARK #20 hits comic book stores on Wednesday, February 26th, and readers will find that our heroes’ past actions have spawned devastating consequences. The Justice League’s Dark rewriting of the rules of magic back in WONDER WOMAN & JUSTICE LEAGUE DARK: THE WITCHING HOUR has left the primal forces of nature imbalanced. And it looks like The Green is already wrecking havoc across the country.

In an unexpected turn of events, the citizens of Los Angeles find themselves in the midst of a most unusual fungal outbreak. Hundreds of spores have begun sprouting from the heads of people, leading them to behave erratically. We can sense the panic spreading like a swarm of bees, especially when a man climbs to the top of a building and explodes. 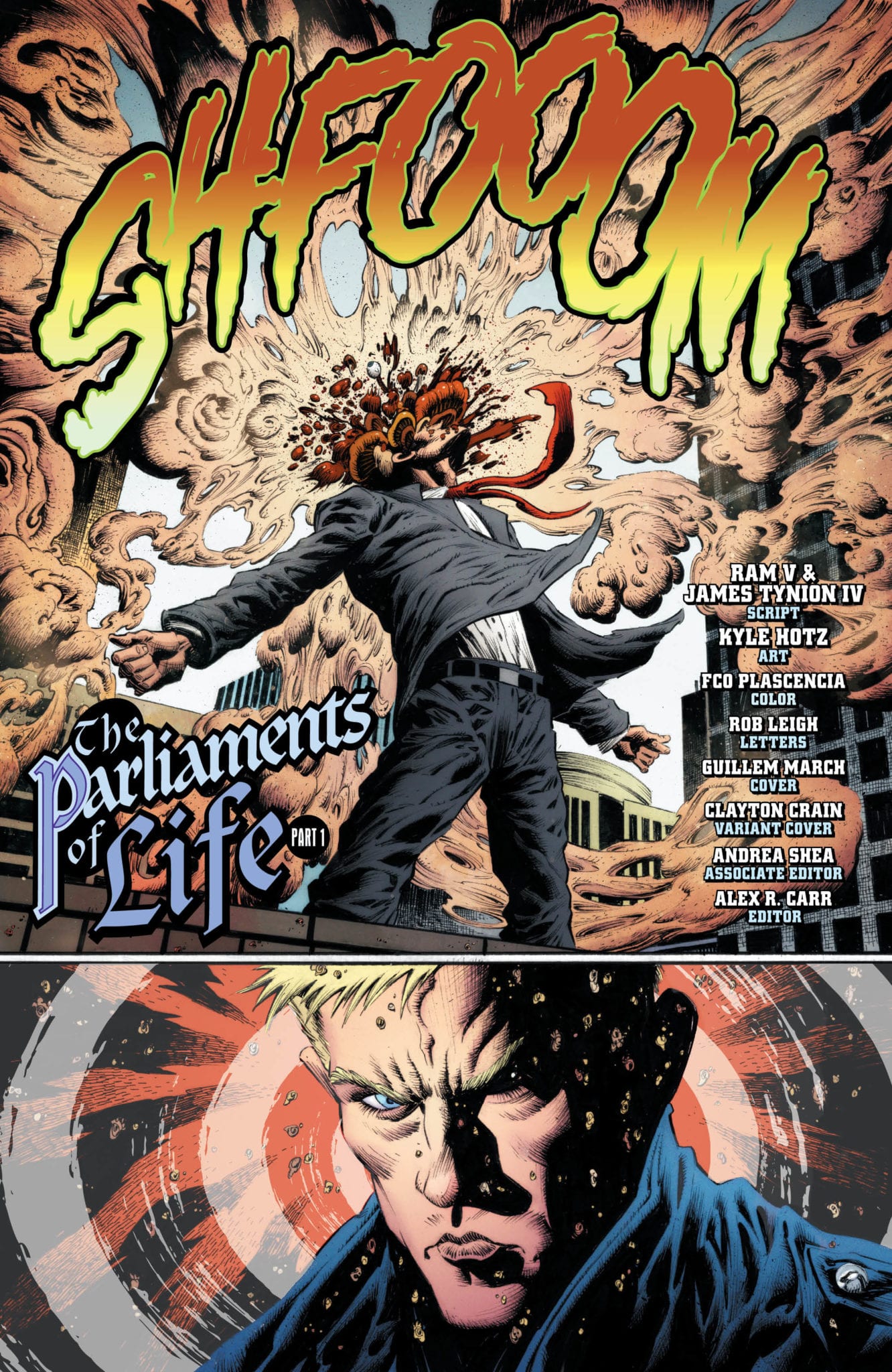 Watching the horror unfold, Animal Man, a person steeped in the animal power of The Red, reaches out to Detective Chimp and the rest of Justice League Dark to assist in the crisis. They soon learn that the forces of nature are all out of whack due to their very actions. 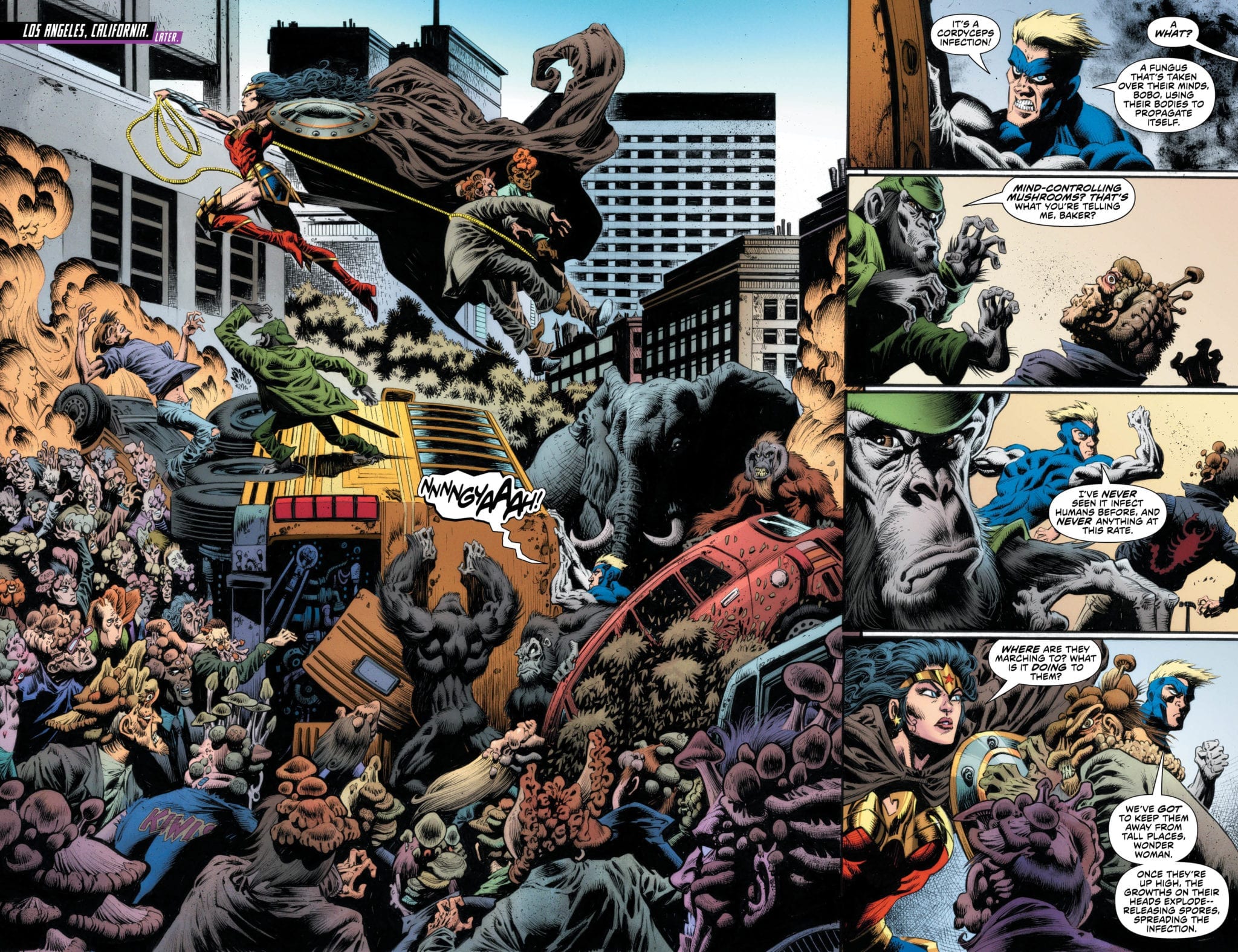 Ram V and James Tynion IV’s script paces wonderfully, guiding readers through this horrific outbreak and the subsequent panic and response from our heroes.

The artwork is both chilling and awe-inspiring. Kyle Hotz’s penciling and ink work offers readers surreal looks at a city infested with a fungus of sci-fi proportions, with grotesque illustrations of the fungi in the middle of an otherwise normal metropolis. Fco Plascencia’s coloring works well with this via effective uses of earthy colors for the creatures in the midst of the city’s bland landscape. In addition, Rob Leigh’s lettering does a great job of differentiating between each characters’ dialogue, helping readers follow the action across the ever-changing landscape.

Guillem March’s main cover artwork depicts Animal Man front and center, standing over the corpses of his fallen teammates. This shows readers how much the rest of the team will depend upon him in the coming conflict.

JUSTICE LEAGUE DARK #20 introduces a new threat unlike the Justice League Dark team has ever seen. And after reading this issue, we can’t wait to see where the story heads next.

Do you think of heroes can bring balance back to the forces of nature? Let us know in the comments below!

Review: The Forces Of Nature Clash In JUSTICE LEAGUE DARK #20Ram V and James Tynion IV's script paces wonderfully, guiding readers through this horrific outbreak and the subsequent panic and response from our heroes.