Review: JUSTICE LEAGUE #24 and the Power of Gray Kryptonite

Previously, on Justice League, the team makes their daring escape from the sixth dimension’s Apokolips – the planet-sized prison – with the aid of Darkseid and the Legion of Doom. Meanwhile, Superman hurtles through a bleak and perpetually dark galaxy, and Batman contemplates the role he could play in the World Forger’s plan for a perfect Multiverse.

In the adrenaline-filled penultimate issue of the “Sixth Dimension” storyline, the League races to return to their realm and save their future, with Apokoliptian guards Lois Lane and Jimmy Olsen on their tail. And Batman finds a familiar device that helped in the crafting of the utopian future. 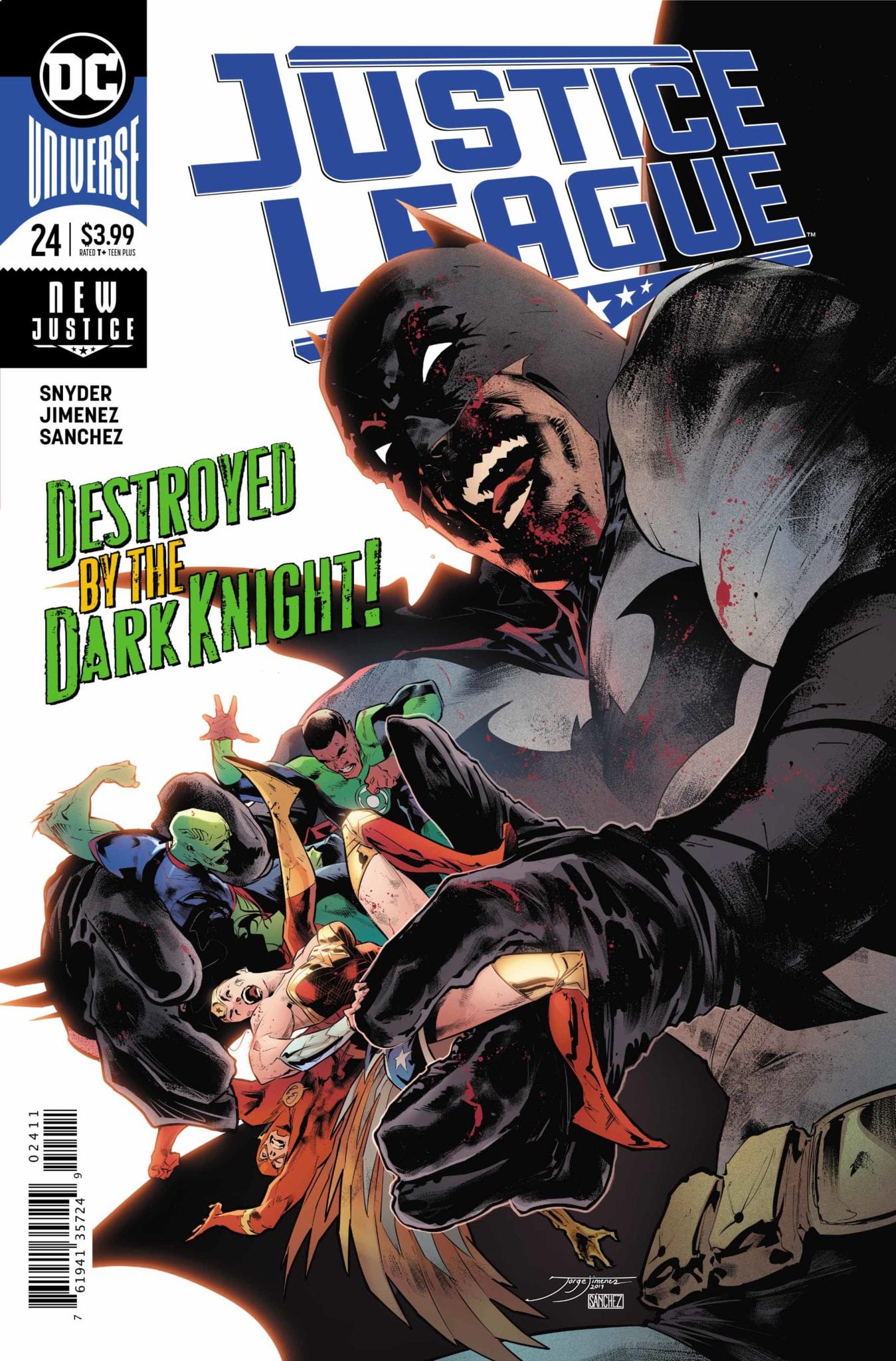 “The Sixth Dimension” chapter five! The League’s plan is in full swing, but one member of the team isn’t on board with their message and sides with the World Forger! Betrayed, there’s only one person who can turn the tide of this battle. Can Superman find the strength to escape his prison planet and save the Justice League, or is the League doomed to live out their days trapped in the Sixth Dimension?!

In the opening pages of Justice League #24, Superman contemplates a memory involving Gray Kryptonite. It’s something Lois coined to describe the Man of Steel’s internal strife that builds and builds when one negligible thing goes wrong. It’s a hero’s burden, that no matter how much good he or she does for the world and those close to them, it’s the failures, no matter how trivial, that fester.

Snyder also seems to have injected some of that Gray Kryptonite into Batman, who is on the cusp of turning completely to the dark side in order to preserve a future void of doom.

Make no mistake, the sci-fi action is front and center as the League and Legion bolt across the sixth dimensional cosmos. The book features interesting takes on already complex relationships between heroes and their villain counterparts. The funny dynamic between Grodd and Darkseid is infinitely entertaining. Simply put, it’s got the right formula of high stakes, action, and intrigue. 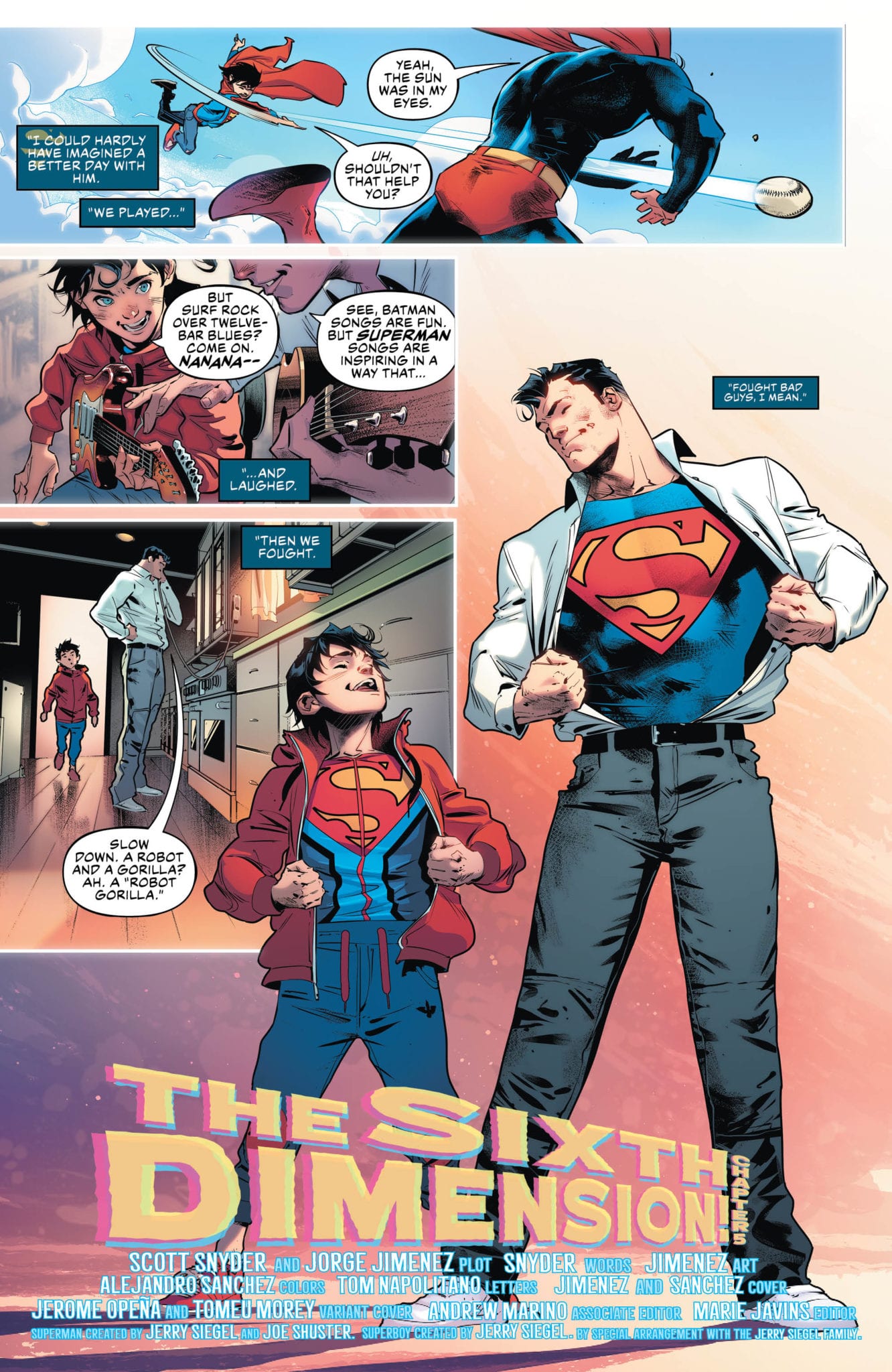 The aforementioned action sequences wouldn’t be half as bewitching, if not for the intense and remarkable artwork of Jorge Jimenez. Everything from the scene work, to character design, to page layout is packed with texture and ingenuity. Jimenez  brings a wholly unique style to Justice League. There is just as much life in each set piece as there is in the characters’ eyes.

Alejandro Sanchez also adds so much life and expression in his coloring. There is a genuine energy to his work in Justice League. His coloring features a striking glow around  characters and objects that make the book feel that much more fantastical.

This issue of Justice League is as much an energetic chase through space as it is a thought-provoking piece of storytelling.

What did you think of Justice League #24? Let us know in the comments!

Review: JUSTICE LEAGUE #24 and the Power of Gray KryptoniteJustice League #24 is as much an energetic chase through space as it is a thought-provoking piece of storytelling.