Review: JUSTICE LEAGUE #21 Debates the Fate of the Multiverse

In Justice League #21, the stakes have never been higher for the team. In the previous issue, the Leaguers were getting a taste of a Utopian future, courtesy of their older selves. However, a telling truth was bubbling up to the surface. Now, with the truth of this pristine multiverse revealed, they must make a choice that affects everyone and everything. 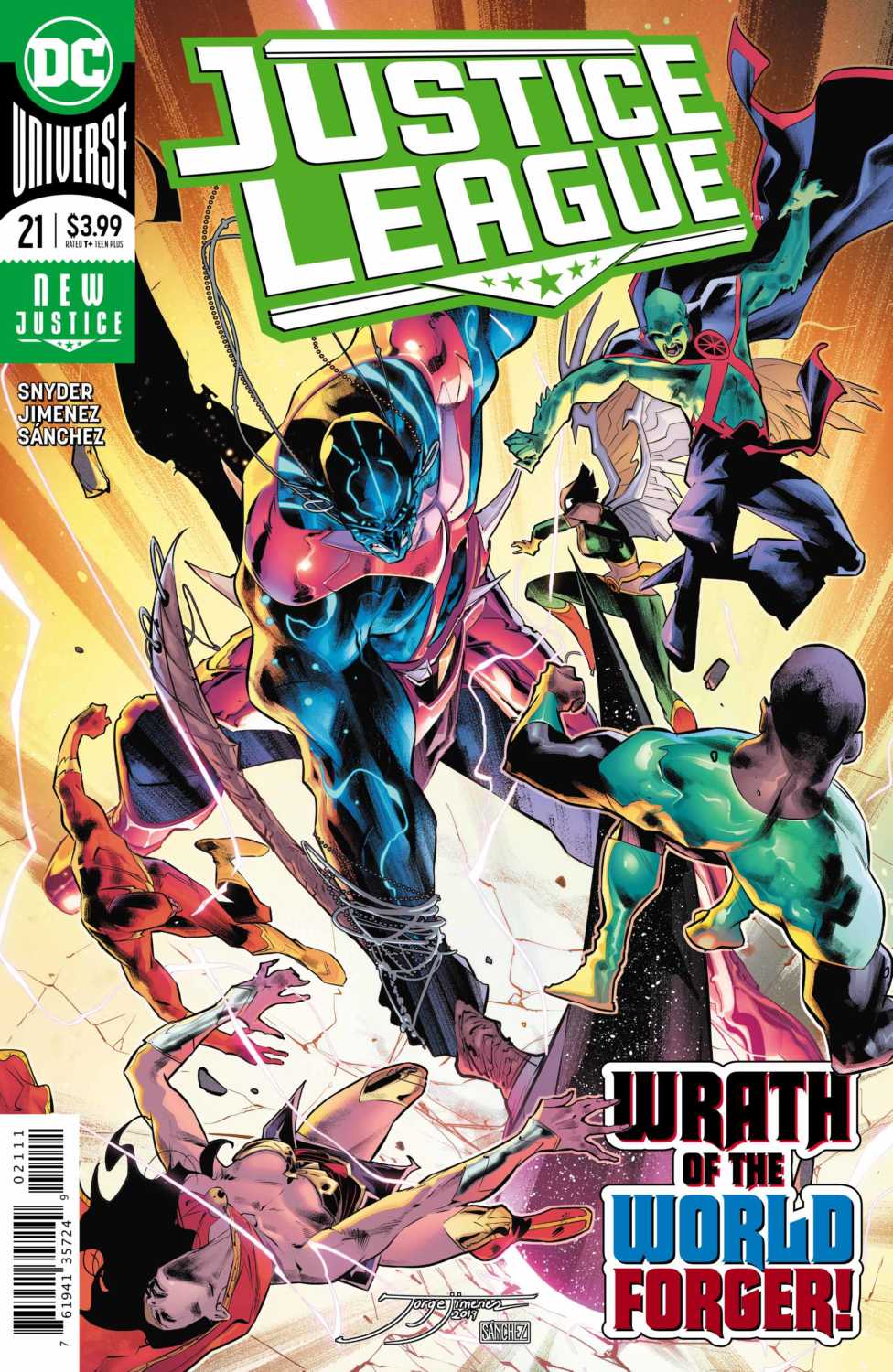 The Justice League pulls back the curtain on their futures and learns that not everything is what they’ve seen. The team goes to confront the Justice League of Tomorrow for the truth, but can they handle it? Meanwhile, with his powers waning, Superman struggles to remain hopeful on a world with no sunlight.

This story is simply exciting. And big. It just feels so massive. Scott Snyder and Jorge Jimenez have taken Justice League and made it the tent-pole comic book that it deserves to be. For twenty-one issues, the story has escalated and escalated, always offering answers but never without revealing new twists. This particular arc is nearly perfect thus far, besting even the current DC event series’ Heroes in Crisis and Doomsday Clock.

As grand and cosmic a tale as this is, Snyder still manages to inject a good amount of heart and humor into Justice League #21. One of the more standout moments from this issue is Batman relishing in the glistening New Gotham City with the older Dick Grayson. It’s a future where even Batman has found peace. Unfortunately, that doesn’t last too long. When Batman comes to terms with the reality of this future, he loses all hope in, well, hope.

Jarro is a standout once again in Justice League #21, with hilarious one-liners and proving himself as the hero we never knew we needed to fight alongside the League. Another great moment of levity is when the Flash asks The World Forger to slow down to better understand the situation.

It’s great to see Snyder experiment with these characters and situations. The story is fun and epic, and just keeps getting more exciting with each issue. 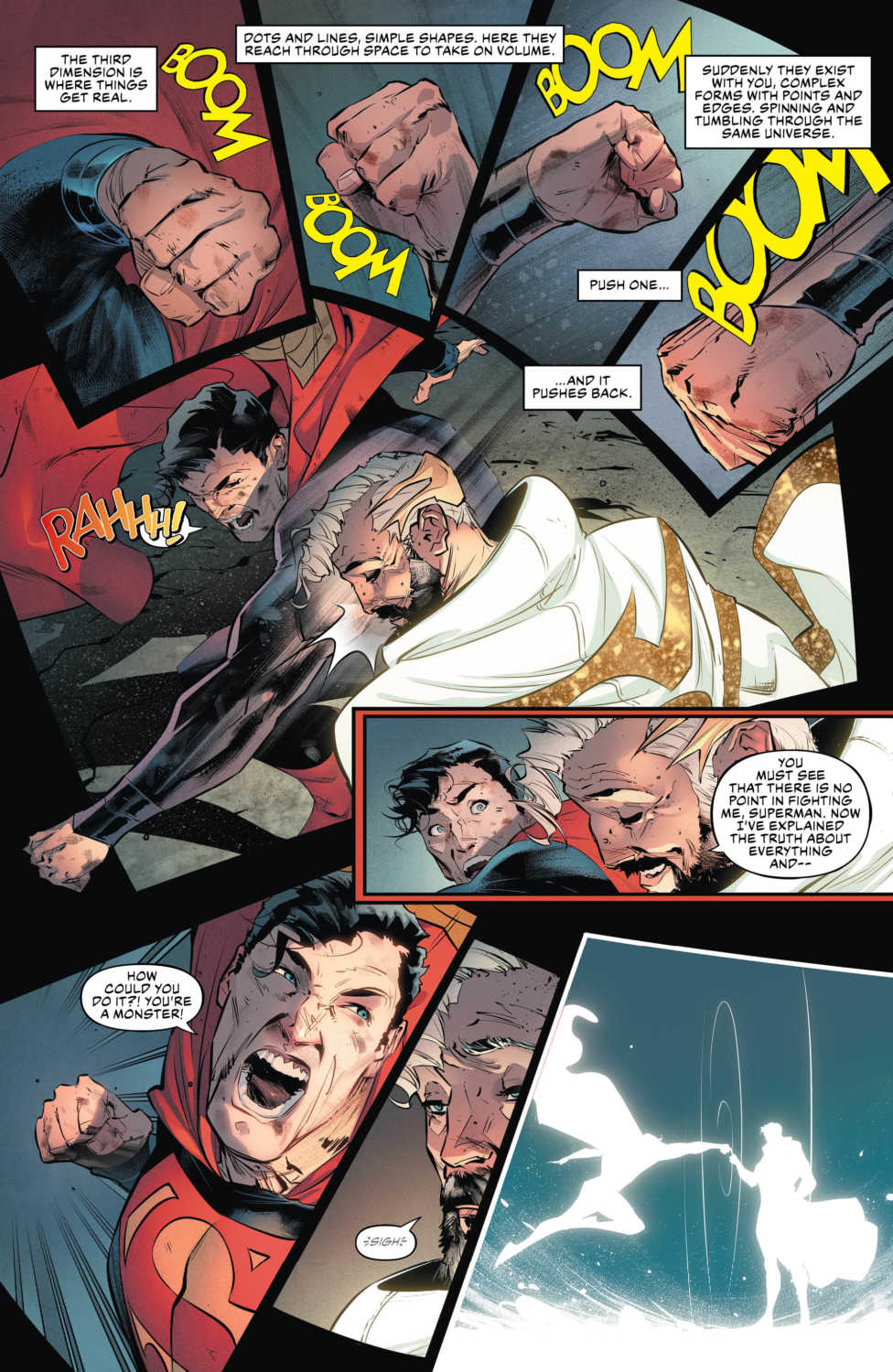 Jorge Jimenez has a very clean style that works in just about every setting. Each panel has so much character and life in it. Jimenez is a master of the kinetic style. A unique visual enhances the motion, such as a glow around the characters or vivid light trails.

Jimenez also adds so much expression in the eyes of the characters. This is particularly seen on Shayne, the son of future J’onn J’onzz and Kendra Saunders. There is a genuine energy to his work in Justice League. His art features a striking glow around the characters that make the book feel that much more ethereal.

It’s hard to talk about this most recent run of Justice League without mentioning the fantastic splash pages, and this issue is no different. This time, Jimenez crafts an ingenious meta page when Mxyzptlk begins to ‘unimagine’ reality.

Scott Snyder, Jorge Jimenez, and the rest of the art team are making Justice League one of the best comic books currently on shelves, in terms of a grand, fulfilling story and unmatched visuals.

What did you think of Justice League #21? Let us know in the comments! 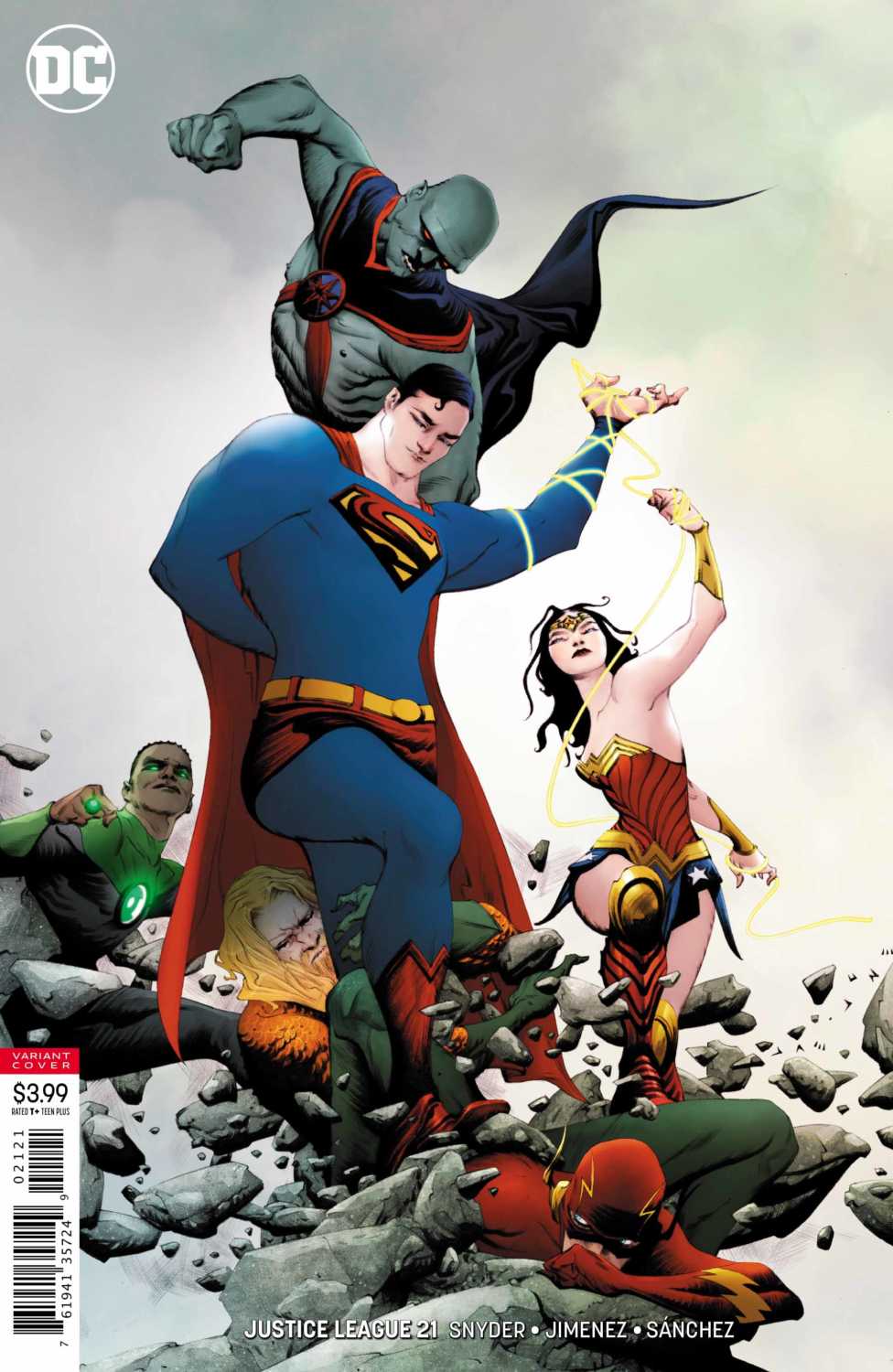 Scott Snyder and Jorge Jimenez have taken Justice League and made it the tent-pole comic book that it deserves to be.Review: JUSTICE LEAGUE #21 Debates the Fate of the Multiverse