Iron Man 2020 #6 delivers an ending to the 2020 event thanks to Dan Slott, Christos Gage, Pete Woods, VC’s Joe Caramanga. After starting the year on a low point, Tony Stark is back with a new armor and finds him having to work with his brother Arno to defeat a much bigger threat. Will the two Starks be able to put aside their differences long enough to save the world?

Throw out the rest of your stupid, worthless flesh-bag calendars. 2020 is over, man! The moment Arno Stark has been preparing for is here: the end of all human and artificial life as we know it! 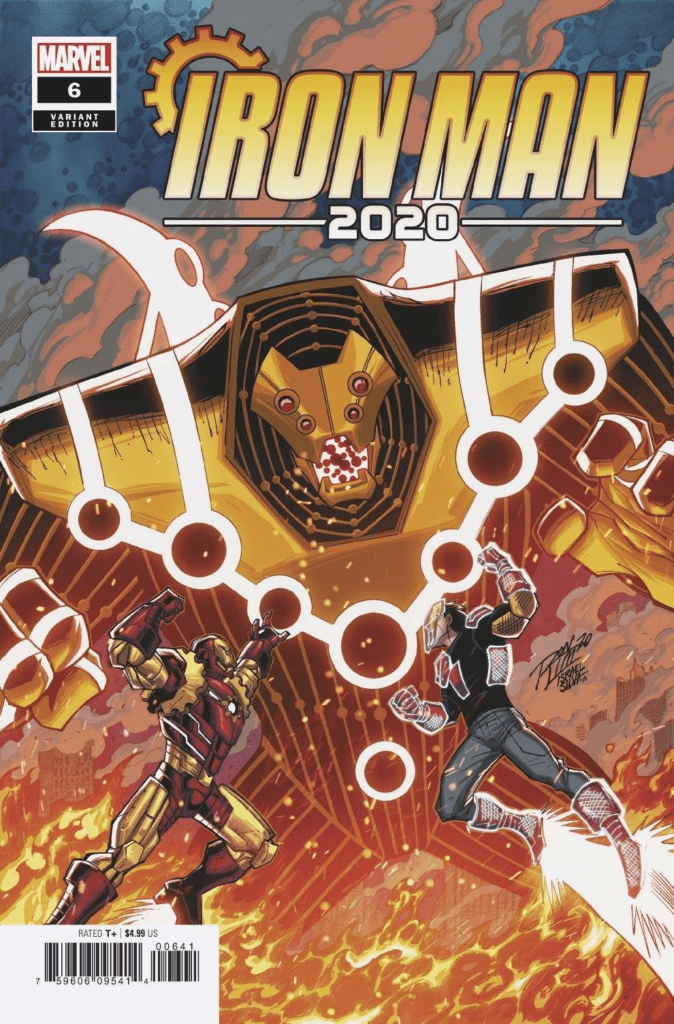 This issue marks the end of Dan Slott’s run on Iron Man and it truly feels like the closing of a chapter of the character’s history. Elements of both Tony Stark: Iron Man (which Slott wrote) and all of the 2020 events comics come into play in this issue. The fight against the Extinction Event Entity is massive and takes the efforts of Iron Man and his allies if they have any hopes of bringing it down.

The ending Dan Slott and Christos Gage deliver an ending many may not see coming or perhaps they will and they will feel unsatisfied with the way it wraps up. The bottom line is its a device ending which fans are either going to love or hate. Still, the way Arno was presented (as a borderline supervillain) there was little chance of him doing more with the armor than what was accomplished. 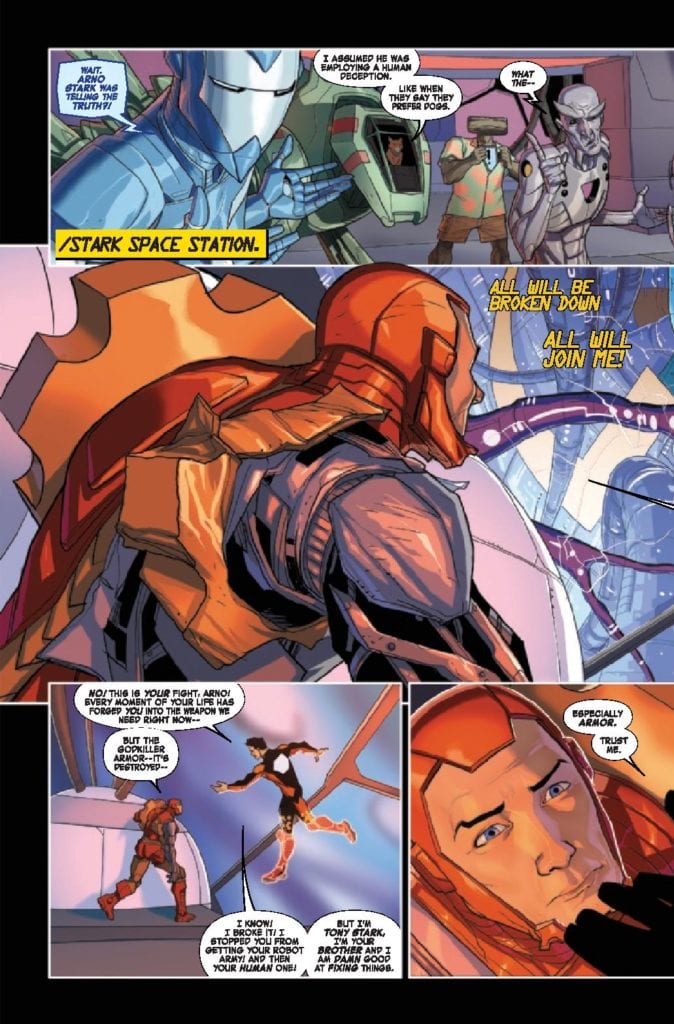 The art by Pete Woods is fantastic and focuses on action scenes as the final battle plays out through the issue. Woods utilizes lots of two page spreads to showcase the scope of the battle as it plays out. To this end, the scale is incredible and allows the reader to experience the immense destruction as Tony and Arno work to takedown the Extinction Event Entity.

The Lettering by VC’s Joe Caramanga helps the audience to track the flow of the action as it plays out. The strategic placement of word bubbles allows for the reader to track the story especially with all of the two-page spreads which happen throughout the issue. Also, the little skull and crossbones asterisks will be missed which were used to censor the robots when they got to profane. 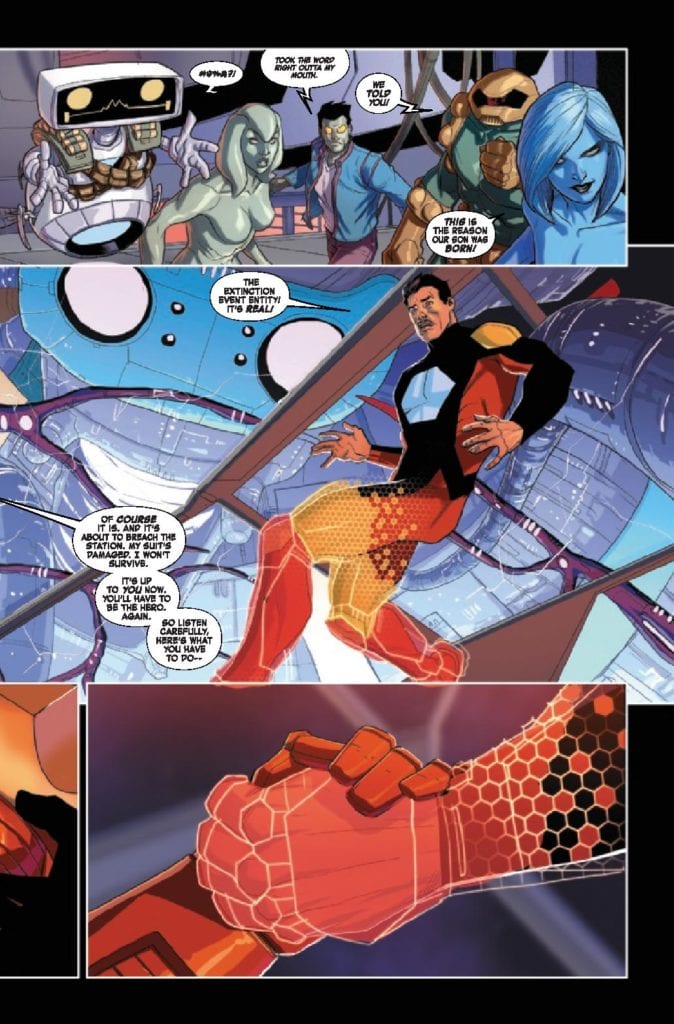 Iron Man 2020 #6 may seem like a quick wrap up to the 2020 event and has an ending many may not agree with. Still, after the delays and other downfalls of 2020, this issue is a course correction allowing Iron Man to have a better year than most. If there is one good thing to come out of such a chaotic year, its Iron Man 2020.

Great art and a decent ending make it a worthwhile experience overall. Review: IRON MAN 2020 #6 Brings It All Together