With the new leader revealed, the Robot Rebellion stages a heist in Iron Man 2020 #2 thanks to Dan Slott, Christos Gage, Pete Woods, and VC’s Joe Caramagna. Does the scheme go off without a hitch or is this plan destined to fail?

“The Rebel Compliance” All is well. The Robot Rebellion has been dealt with. Humanity is perfectly safe. You may all thank Arno Stark, the Iron Man of 2020. Don’t you feel better now? Machine Man is NOT coming to kill you and everyone you love. 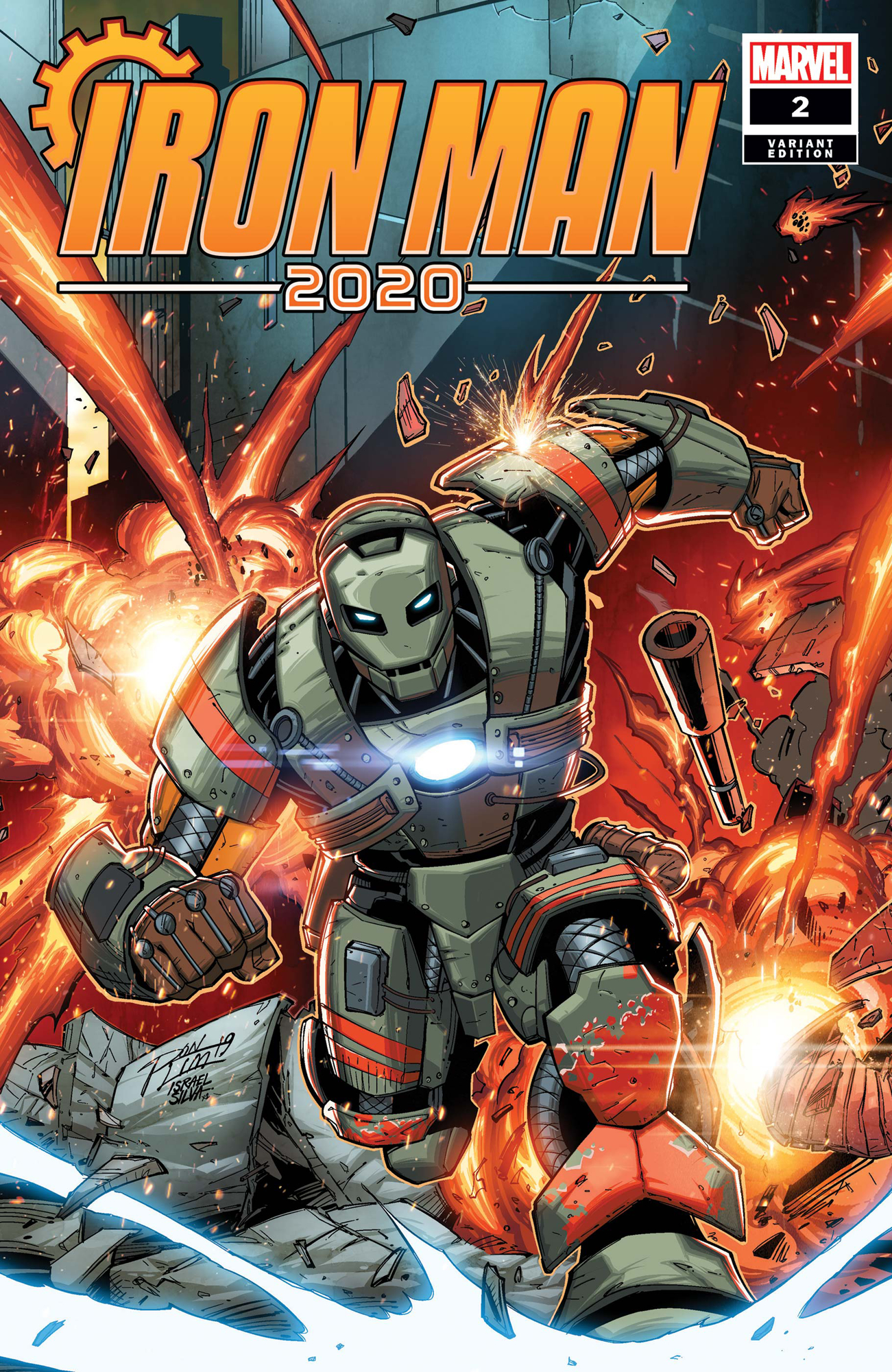 The area of grey in the way they operate between Arno Stark and Mark-1 becomes apparent in this issue. Despite how Mark-1 is leading the Robot Revolution, which has been shown to be willing to have a disregard for human life, Arno at times seems more villainous. He is shown to have a disregard for the parents he cloned back to life (hinting he has created countermeasures if needed against them) and reprograms Jocasta, a former Avenger into a mindless servant. This is wrong and it makes it hard to accept he is the new Iron Man when he is willing to do whatever it takes to get results.

Dan Slott and Christos Gape do make sure to insert a bit of humor now and then to detract from how these robots are gathering with the intent to destroy all of humanity. Special shoutout to former Fantastic Four helper H.E.R.B.I.E. who is shown to be willing to drop a bad pun if necessary during a battle. Still, the issue gives off the vibe Arno may conquer the Robot Rebellion sooner than later. Unless of course, Mark-1 has an ace up his sleeve. 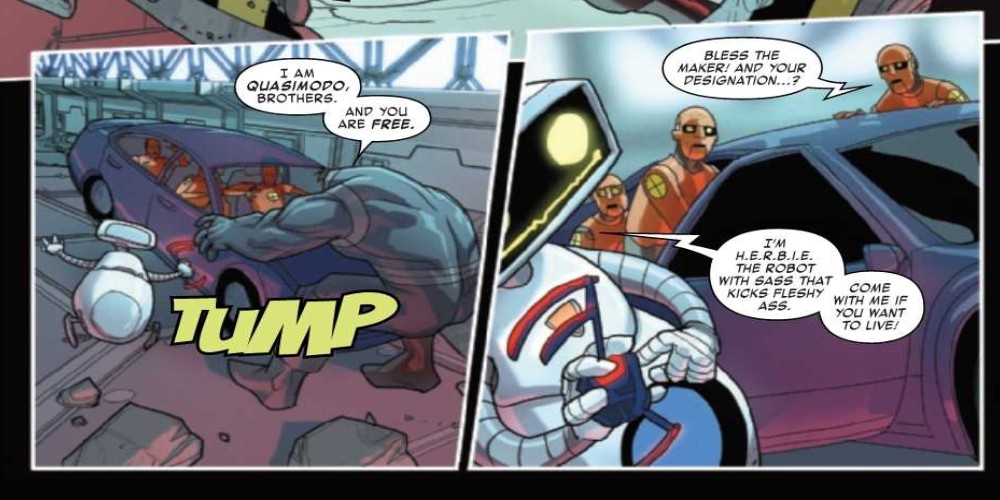 With Pete Woods once again handling both art and color, this book is at a very high level of quality. The holographic effect work helps to nail the futurist and inhuman look in the headquarters of the Robot Rebellion. Also, the way Jocasta is drawn after being presented as reprogrammed and under Arno’s control showcases a sense of peace, as if helping to show its better for her to be under his control. This just adds more evidence to the idea Arno Stark is not a good guy.

The lettering by VC’s Joe Caramanga is key to showing the emotional state of a lot of the characters. As many of the individuals shown in the comic are robots and lack facial expression, it’s up to proper lettering to illustrate the distress and excitement the robots are giving off. 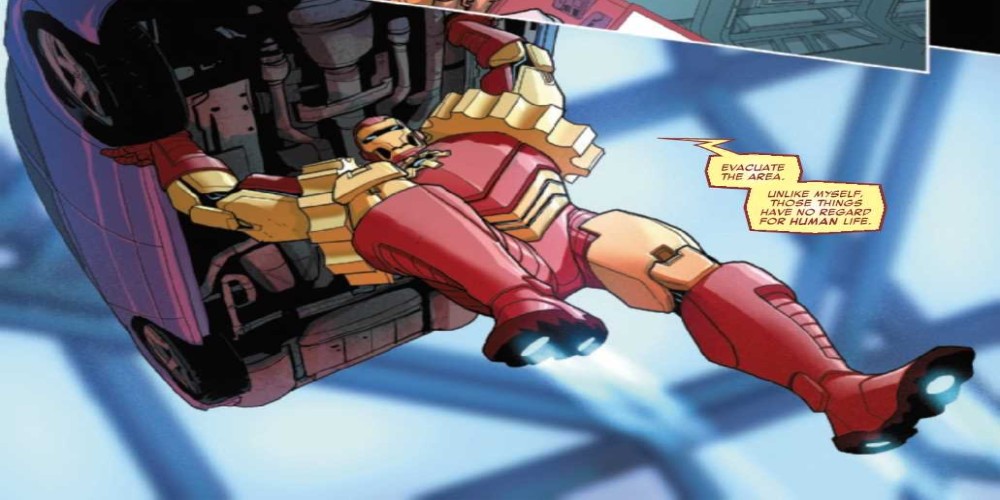 Iron Man 2020 #2 has the robots on the move already but it leaves one to ask where will they go next? This is only the second issue of this 18 issue event and it already seems like the rebellion may be winding down. Hopefully, things will expand more in Machine Man 2020 #1 but for now, it feels like this event is on borrowed time.

Review: IRON MAN 2020 #2 Shows The Robots Making Their MoveA decent issue with a good story and fantastic art but it seems to be rushing at times.