Review: IRON MAN 2020 #1 Feels Like The Start Of A Very Polarizing Event

The 2020 event starts here in Iron Man 2020 #1 thanks to Dan Slott, Christos Gage, Pete Woods, and VC’s Joe Caramagna. Will the new storyline be one for the ages, or is it heading down a dark road towards destruction?

The future is now! Artificial Intelligences presents a clear and present danger to humanity and must be brought to heel! The Robot Rebellion battles for the establishment of robot rights! And Arno Stark IS Iron Man! 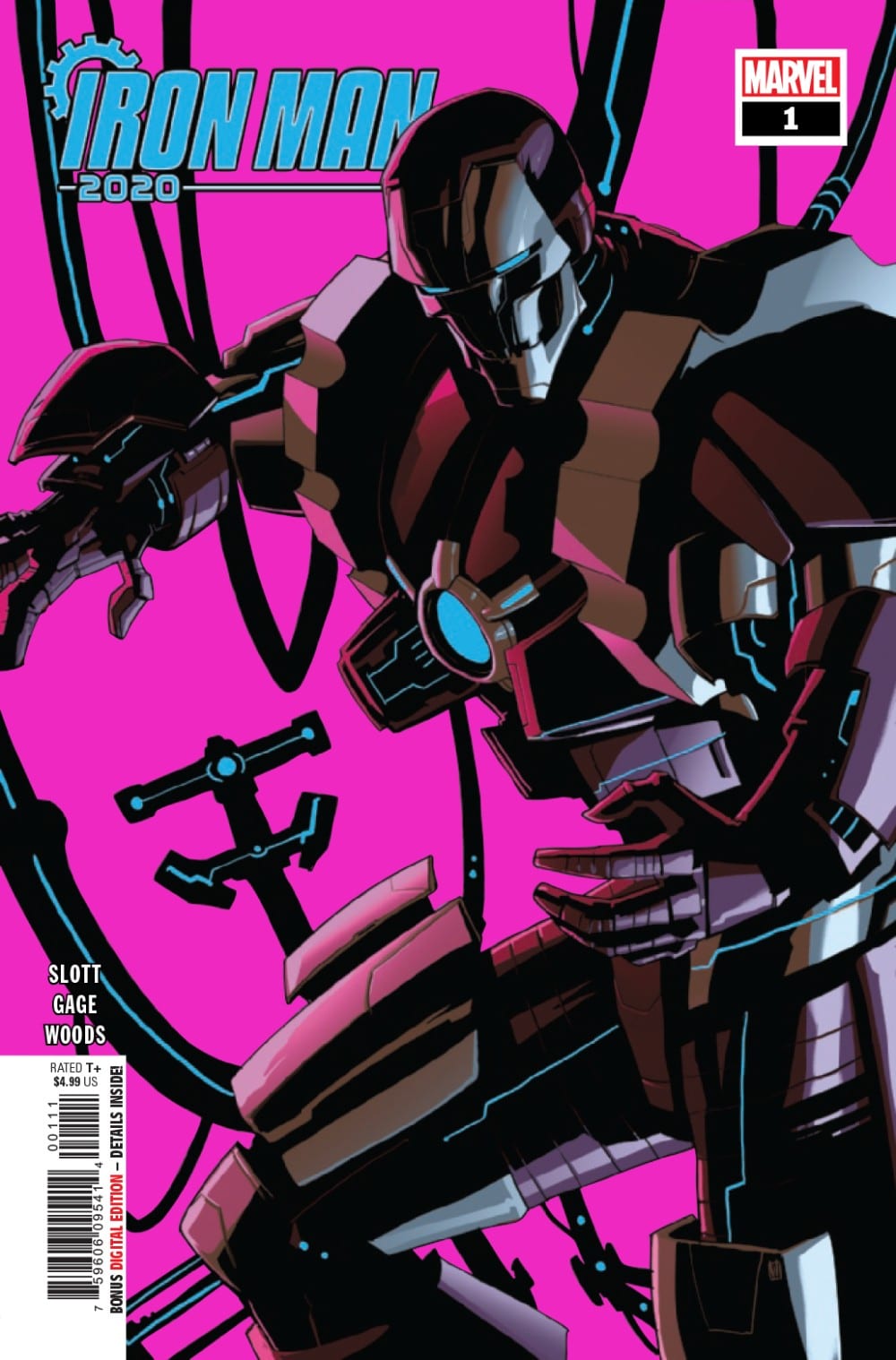 You can say this much about Iron Man 2020 #1, it does make an impact. The issue makes it a point to show how Arno is different than Tony in many ways. From how he acts in his professional life, how he treats his parents, and how he performs as Iron Man. Arno is definitely not Tony. From there, it spells out how the Robot Uprising, which was building in the previous Iron Man series, has now reached its boiling point, and a lot of characters in the Marvel Universe will be affected. Iron Man 2020 #1 is a polarizing issue for sure.

After reading the issue, you are left with the feeling a lot is going to unfold but also saw a lot of extreme moments play out. The most straightforward comparison would be Mark Millar’s Civil War. During Civil War, Iron Man had to take the pro-registration side of the debate, lock up his vigilante comrades, and a lot of people looked negatively on him for his actions. Similarly, 2020 makes an extreme twist for a character and will result in fans of said character having to defend all the crazy actions which follow. It will be a divisive read for fans of Iron Man as they will either love or hate the idea. 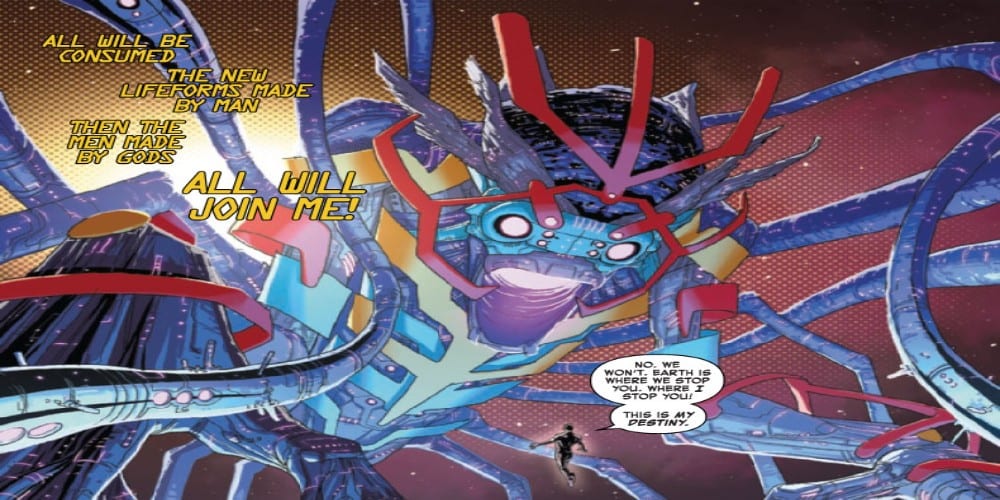 The artwork comes out fantastically, thanks to Pete Woods taking on pencils, inks, and coloring. There is a phenomenal two-page panel featuring as many robotic characters of Marvel Comics as possible. Quasimodo and H.E.R.B.I.E. are hanging out at a party together. Be on the lookout for Easter Eggs of forgotten characters present in the room. There are a lot of intense moments, and by contributing all the effort themselves, it feels like Woods accomplished a great deal.

The lettering by Joe Caramagna offers a significant auditory aspect to the issue. Once the leader of the Robot Rebellion is revealed, the chanting at the end of the issue is strong evidence of this. There are also some very imaginative ways the more extreme dialogue was censored. 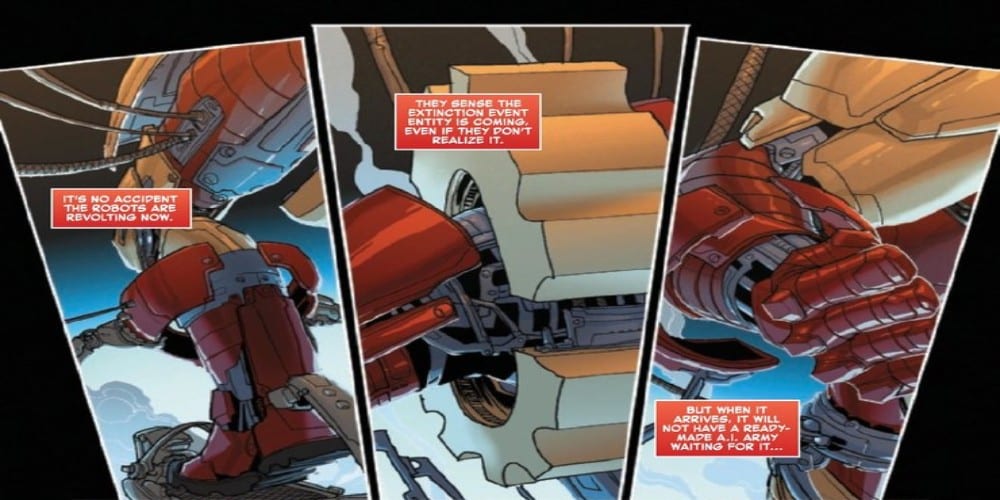 The 2020 event seems like it is taking some big risk, and it doesn’t inspire a lot of confidence from the start. Iron Man 2020 #1 has set the stakes and shown some very intense players on both sides of the board. Sadly, if it doesn’t unfold just the right way, many may feel cheated about defending the path characters are taking.

Review: IRON MAN 2020 #1 Feels Like The Start Of A Very Polarizing EventFantastic art but the event will leave many uncertain of how to feel of where the event is going.