Review: ICE CREAM MAN #24 Asks, “What If Your Life Was A Telethon?”

ICE CREAM MAN #24 hits stores on Wednesday, May 12th, bringing with it fresh horrors for fans of the series. Readers are introduced to Jerry, who happens to be locked in an never-ending cycle of heartache. What’s more, a mysterious organization seems to be affecting the outcome these events. Whether it’s for good or ill remains to be seen, but one thing is certain: many readers will relate to in this man who just can’t seem to keep himself from falling apart. 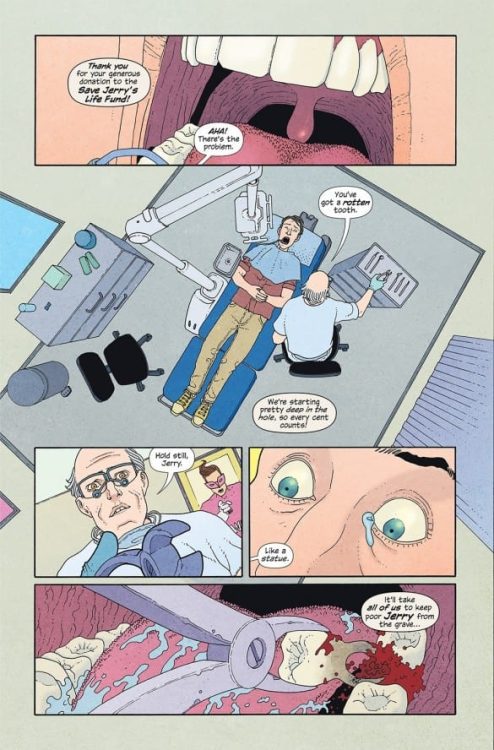 This horrific tale’s unwilling participant seems like your average Joe. Jerry is doing the best he can to stay positive despite poor familial and work circumstances, but fate (literally) doesn’t seem to be going his way. In fact, the “telethon” begging callers to donate and prevent disaster could be interpreted as the ultimate slap in the face from destiny. 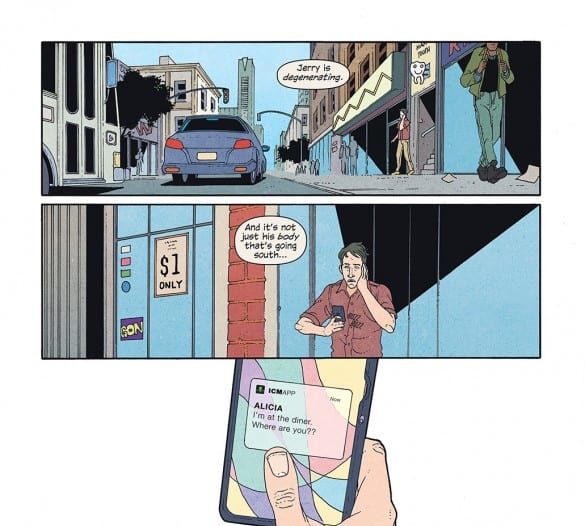 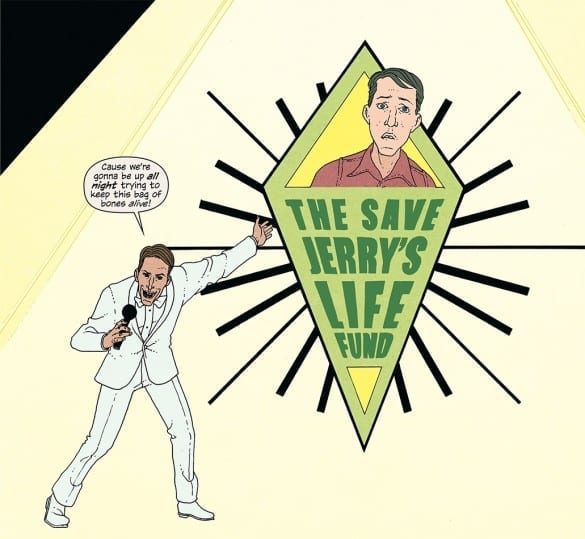 Writer W. Maxwell Prince’s use of this telethon medium—complete with a lack of calls—to connect with those who feel as if our lives are crumbling. Employing this metaphor, it captures the feeling that everything would fall apart even if our lives were run by such a program.

If readers look closely at the delivery and style of speech, they’ll undoubtedly notice that the announcer is actually the Ice Cream Man. What this nefarious individual has planned for the unfortunate Jerry remains to be seen, but readers can bet it’s something dreadful.

Martín Morazzo’s penciling and ink work, Chris O’Halloran’s coloring, and Good Old Neon’s lettering worked extremely well together in this issue. The semi-realistic depictions of Jerry and the other characters is unsettling, drawing readers into the story’s theme. The contrast between the duller colors of Jerry’s everyday life with the more vibrant hues featured in the Telethon further gives us the feeling something is off in this scenario. We also found that the use of bolded letters in the word balloons helped us follow the most important pieces of the story.

The traditional one-shot storytelling in this series stands above others in the arena, and ICE CREAM MAN #24’s story is no exception. This sobering tale will leave the most confident of us questioning our own experiences.

Do you think Jerry has a shot at surviving? Let us know in the comments below!

The traditional one-shot storytelling in this series stands above others in the arena, and ICE CREAM MAN #24's story is no exception.Review: ICE CREAM MAN #24 Asks, "What If Your Life Was A Telethon?"