W. Maxwell Prince’s ICE CREAM MAN series knows how to throw curveballs to its readers, and issue #12 is no exception. The story is set in a post-apocalyptic future where humanity has annihilated itself through a combination of war, disease, and global warming. The only hope of a future lies in a pilot named Noah who searches the universe for a habitable “seed planet.” Will this re-telling of the Biblical Flood story end happily, or will the ever-elusive Ice Cream Man have something to say about it?

The protagonist Noah serves as a modern-day archetype of humanity’s post-apocalyptic progenitor. Tasked with securing humanity’s future, it’s clear he’s using all his strength to withstand the tremendous pressure. 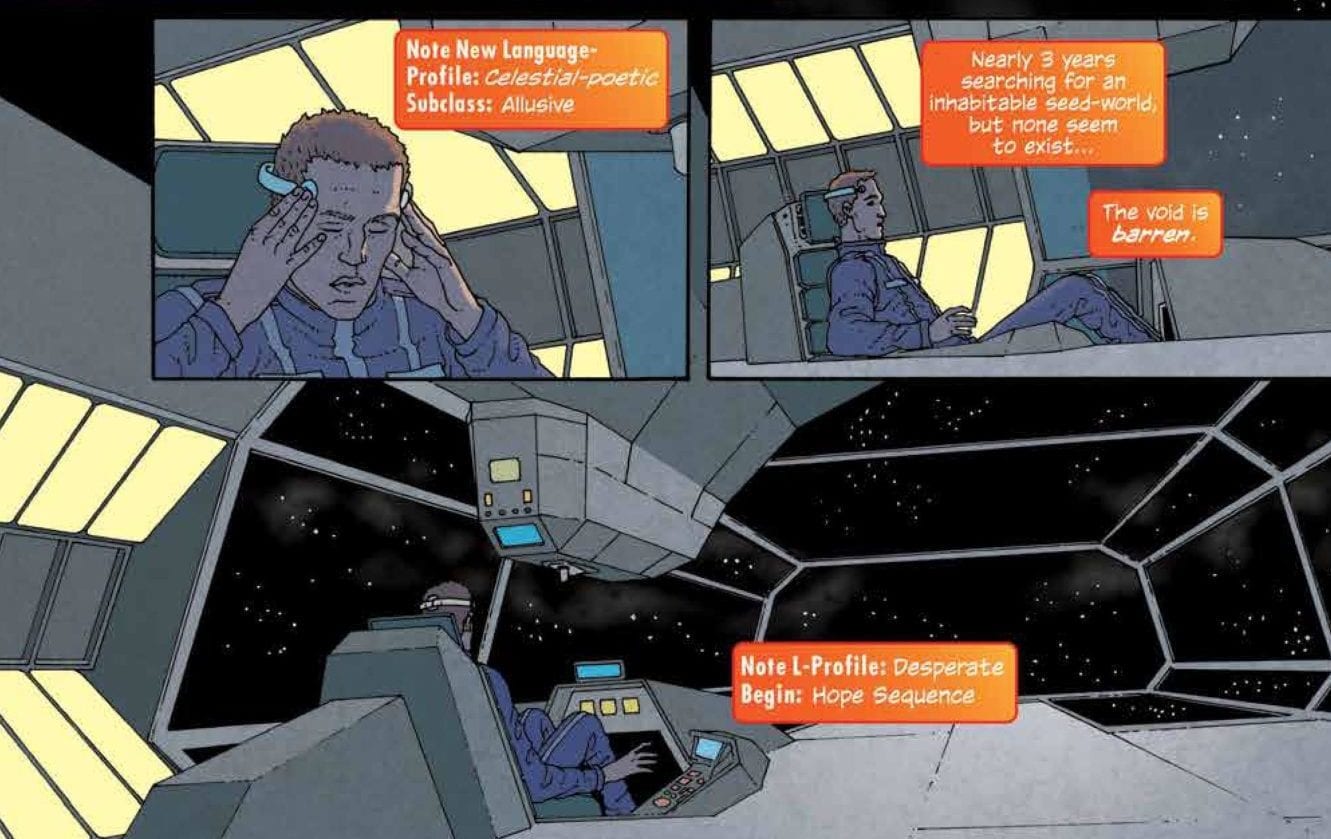 Unfortunately, it appears he rest of the universe may be unsuitable for life. But the last hope of the human race presses on. His desperation fuels an undying resolve to give humanity one last fighting chance. The unyielding faith in a brighter future is awe-inspiring.

The suspense starts to build when Noah’s A.I. “b0b” alerts him of hostile creatures in an upcoming asteroid belt. These are the Space Spiders of Gunz’llah, and they’re hungry for any ship metal they can sink their teeth into. These threats and a familiar face put Noah to the test as he races to find a suitable home for Earth’s fresh start before it’s too late.

Martín Morazzo off-kilter drawing style does wonders for this issue’s storyline. His thin sketching captures the hopelessness within Noah’s expressions at the sight of the horrors he encounters traveling through space. Chris O’Halloran’s coloring helps Morazzo’s illustrative scenes transition easily with gradual transitions from the dark background of space to the brighter hues when the story calls for an action sequence. 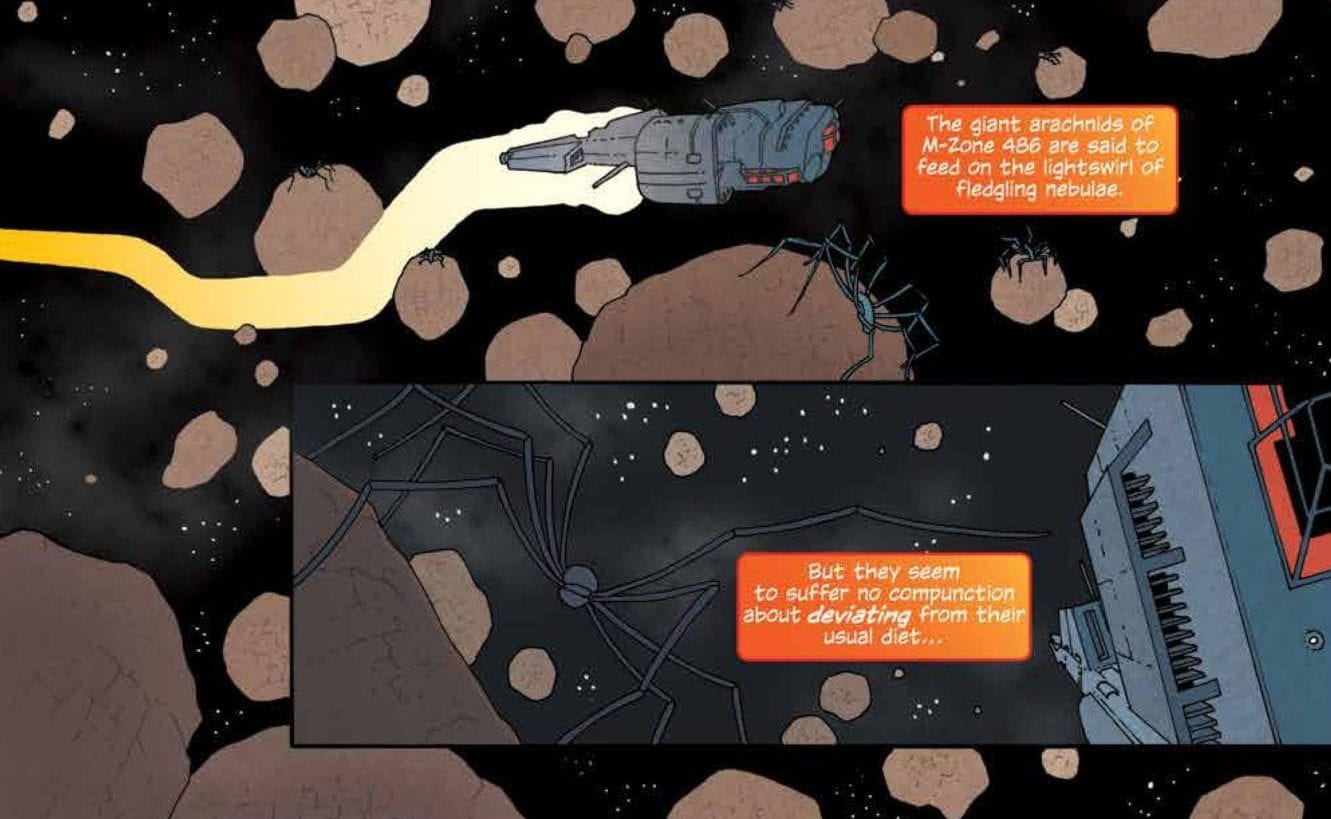 Good Old Neon’s lettering does a great job a differentiating multiple lines of dialogue, including Noah’s, and even b0b’s. Each entity’s speech balloon is a different shape, with Noah’s being rounded to emphasize his organic composition and b0b’s being sharp like electricity to allude to his robotic nature. Even the narration/ship log has a unique dialogue box to draw the clearest distinction.

Morazzo and O’Halaloran’s main cover depicts Noah’s ship floating near Earth, which serves as a reminder of what the character is trying to rebuild. Tula Lotay’s variant cover gives us an up close and personal look at the nefarious Ice Cream Man. Streaked in a shade of orange eerily similar to the narration’s lettering boxes, one can’t help but suspect he might be pulling the strings.

ICE CREAM MAN#12 combines elements of horror, science fiction, and myth in a way that engages the reader throughout the whole story. It also serves as a sobering reflection of the destructive path our world is barreling down.

Did you think this issue captured the essence of sci-fi horror? Let us know in the comments below!