Review: HOTELL #1 Is The Last Stop on the Edge of Reality

The comics world (and the world at large) seems to be missing a good ol’ short horror anthology. Luckily, writer John Lees and artist Dalibor Talajić have seen this drought and decided to remedy it with “Hotell” #1. This issue does service to the horror genre by wrapping real-world struggles in with a Twilight Zone meets  Rosemary’s Baby plot that’s a twisted blast to read.

“You won’t find it on any map, but if you happen to be driving down Route 66 late at night
and you’re truly desperate for shelter, sanctuary or secrecy, you might see a battered sign
on the side of the road: The Pierrot Courts Hotel – where many check in but few check
out.” 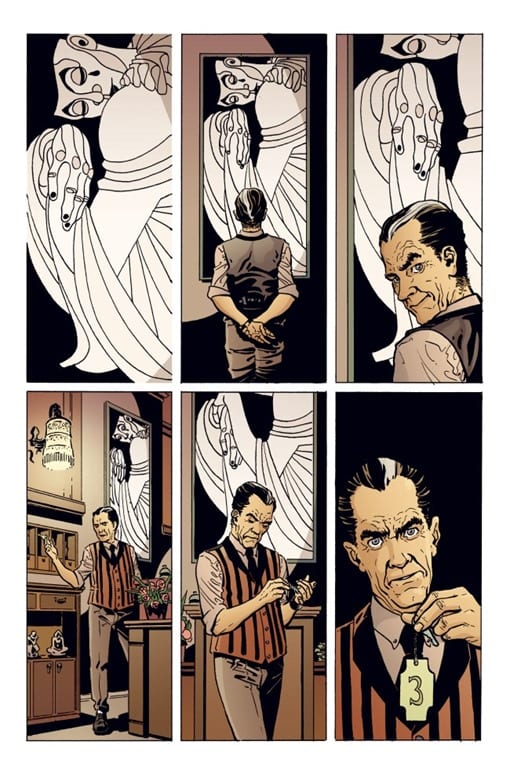 Lees’ plot for this first issue of “Hotell” centers around a pregnant woman on the run from an abusive husband. On her road to escape via Route 66, she is drawn to a seemingly innocuous roadside motel. Her stay there turns for the strange, then downright deadly as she experiences strange dreams where she speaks to her unborn child – and awakes each night with bite marks on her body. John Lees does great work here by taking some relatively familiar concepts – strange motel, odd nightmares, unseemly infants – and mixing them together to create something unexpected. There’s a small element of Twin Peaks style oddity in motel’s cast and their dialogue, mixed in with the normal dialogue of the mother and her abusive ex. The real highlights of course are the chilling nightmare sequences, filled with foreboding words and omnipresent infants. The feeling of drained isolation is borne in through the issue’s steady pacing and introduction of increasingly uneasy elements. Lees never dives into exposition, leaving the audience to interpret the meanings of this strange motel’s events. There are plenty of strange loose ends that, while possibly out of place in this issue, very much add to the lore behind this bizarre little motel. 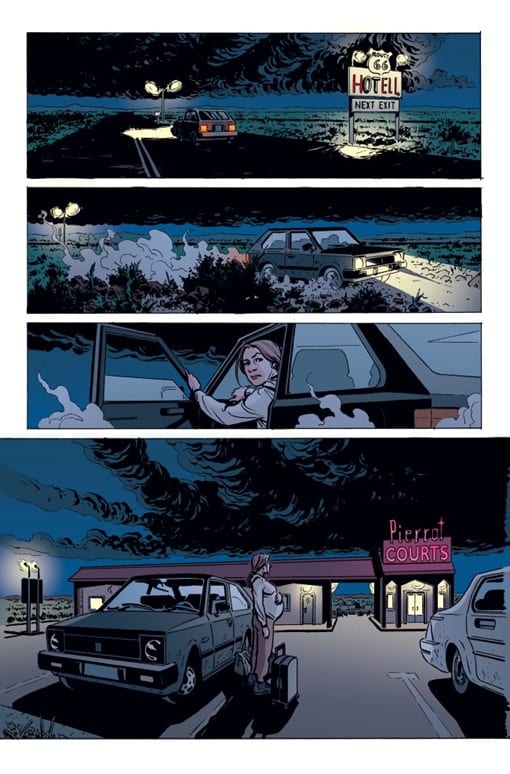 A horror comic that dances with the line between reality and scarcely coherent dreams like “Hotell” #1 needs an artist with a suitable vision to execute. Fortunately, Dalibor Talajić is on hand to deliver pencils that emphasize natural character art and the intangible. The dream sequences are created with a pointed metaphorical message as to their setting, while also blending that with the traumas the protagonist has faced. Frightening images and unsettling reveals are created with an artistic deliberation that isn’t too over-the-top, so they don’t hamper the comic’s atmosphere. The colors from Lee Loughridge are solid and fill in the world well enough, but don’t do much to add dimension to Dalibor’s pencils. Speaking of dimension, the lettering from Sal Cipriano is stellar. It constantly alters in bold fonts and styles depending on who’s speaking and how they deliver lines. This is truly fantastic work on one of the easiest to ignore aspects of a comic, as it shifts how the reader takes in the dialogue as the terror ramps up. 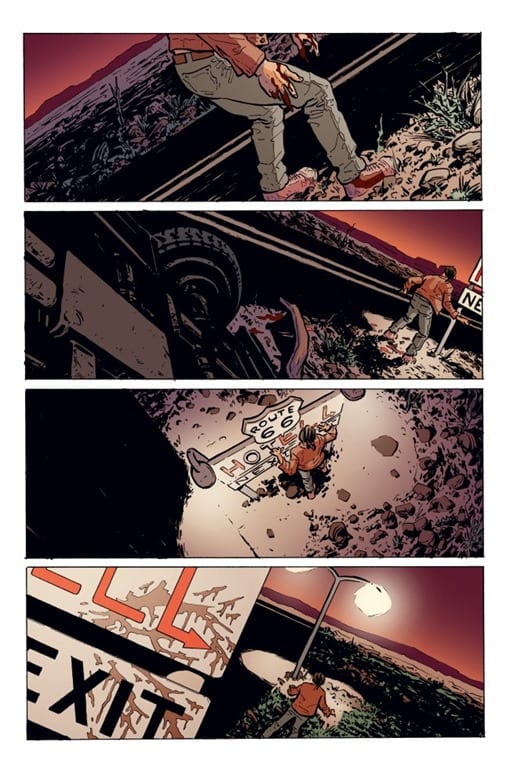 “Hotell #1” is a reality-bending and disturbing roller coaster of a horror comic. Lees’ familiar but inventive plot for this issue stands strong while also fueling the lore behind this strange desert motel. Talajic’s pencils bring the audience face to face with nightmarish dreamscapes and monstrous revelations. While this comic does have events that some may consider too strange or out of place, these events serve as a stark reminder that this is a motel with history – such as will be revealed in comic issues. All horror fans, be sure to pick up this new release when it hits stands on 3/18!

Review: HOTELL #1 Is The Last Stop on the Edge of RealityA demented and fun start to this short horror anthology series.