HOME #2 hits comic book stores on Wednesday, May 19th, following the young Juan after his escape from the U.S. border’s detention camp. Last issue detailed the horrific conditions Juan and his mother Mercedes experienced after crossing the border. But the boy discovered hope in his newfound superpowers, which led to his unintended jailbreak.

Readers will find the trials and tribulations of Juan mirror those experience by real life immigrants.

Despite finding a way to escape the facility, Juan is still far from safety. Border patrol officials continually scour the area after hearing rumors of the escapee who blew up a solid wall. Now the frightened child must elude his would-be captors. 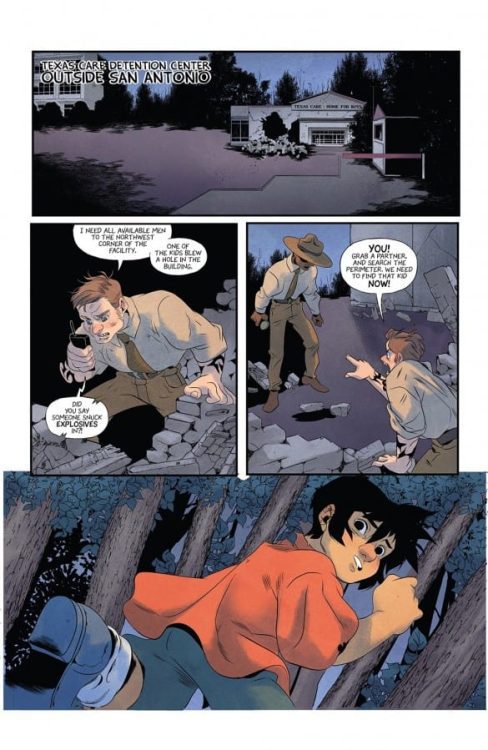 The officials’ shock at Juan’s powers reflect our own society’s fear of the marginalized; they fear what they don’t understand.

Writer Julio Anta’s narrative empowers the stories of immigrants everywhere. Rather than focusing solely on the horrific treatment of these people, he highlights the incredible talents and inner strength.

Only time will tell what our hero’s new abilities mean for the character’s future.

Anna Wieszczyk’s penciling and ink work provides readers with more realistically proportionated characters than most comic books, adding a sense of realism to the art. It was also great seeing how colorist Bryan Valenza’s bright reds helped place the focus on Juan, our star protagonist. 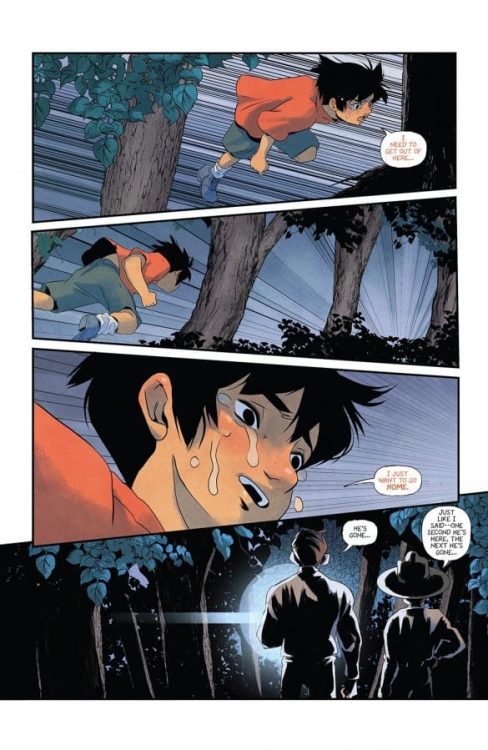 Hassan Otsmane-Elhaou’s lettering was particularly helpful in distinguishing the different languages being spoken. Using red for Juan’s Spanish dialogue fits well with his coloring, too.

HOME #2 moves this new series forward in an exciting direction. We anticipate the excitement brewing as Juan searches for his aunt.

Do you think other people in Juan’s life have powers? Let us know in the comments below!