From legendary series creator Mike Mignola and writer & artist Oliver Vatine comes a blast of a one-shot in the form of Hellboy And The B.P.R.D: Night Of The Cyclops. Featuring letters by Clem Robins, this Hellboy tale takes us into the realm of Greek mythology for one of the most fun one-shots in this universe in recent memory.

“Just as he finishes up one job in Greece, Hellboy is detoured into another adventure by . . . a goat? Join Hellboy in a strange hidden land of treachery and togas as he takes on the wrath of a jealous god.” 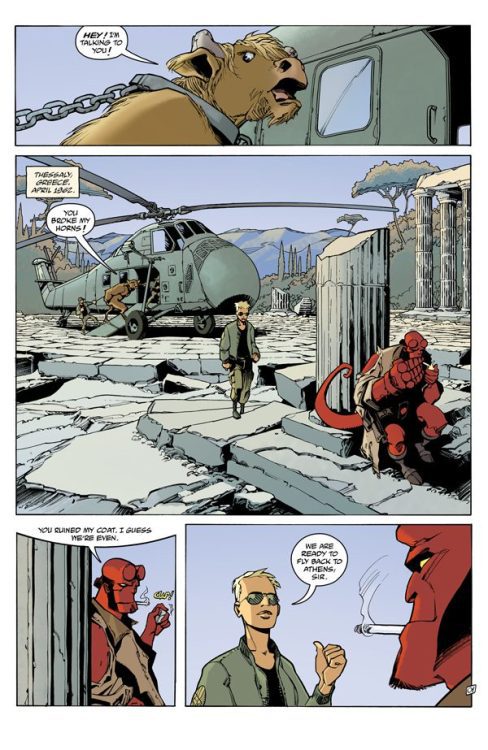 Mignola teams up with another great storyteller in Oliver Vatine to tell the kind of memorable tale that makes this universe so enjoyable in Hellboy And The B.P.R.D: Night Of The Cyclops. This one-shot sees ‘Big Red’ accidentally discovering a new adventure in Greece after fighting a monster with the B.P.R.D. He decides to follow a talking goat (typical Hellboy stuff) to a mysterious and forgotten land placed under a curse by a jealous Greek god. The rest is a funny and witty blast of a comic book, with swingin’ action and a little cutesy romance. Plot wise, it’s what one may expect from a Hellboy comic. Nothing here will be all that surprising, but the execution is what matters. Every element of this issue’s plot feels like a pulp adventure, from discovering this hidden land to the big exposition-y bit and the big heroic battle. Mignola and Vatine’s dialogue is clever and funny, with Hellboy doling out quips and one-liners in his usual gruff fashion. One of the plot elements, involving the jealous god’s son, feels a bit out of place compared to the tightness of the rest of the comic. However this is a minor nitpick, as this book is so fun that it completely overshadows this little inconsistency. Night Of The Cyclops is one of the most fun one-shots in this universe in recent memory. 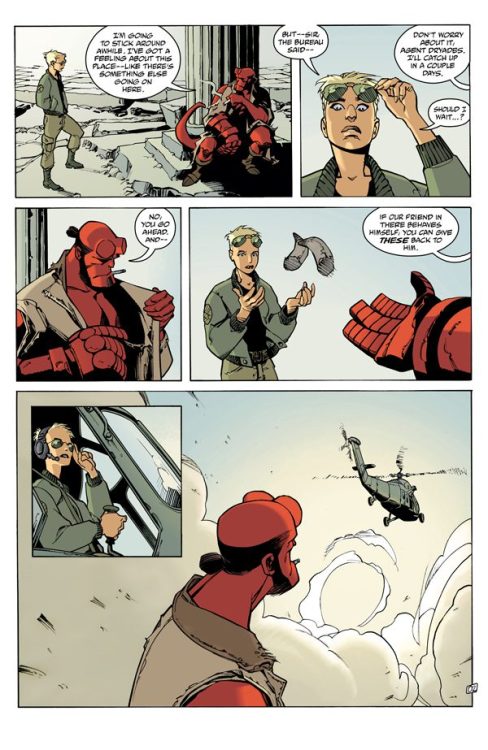 The Hellboy universe is most known for its iconic visual style, and Oliver Vatine ranks among the best to utilize that style in Hellboy And The B.P.R.D: Night Of The Cyclops. His pencils mimic the signature style created by Mignola while still very much retaining his own aesthetic. His color work however is much brighter than the average Hellboy comic, and it helps craft this comic’s Ancient Greek aesthetic. Vatine’s designs for the mythical beings that show up are obviously based on mythical Greek creatures. The satyrs and the titular cyclops, and even the God that shows up are all easily identifiable (the cyclops for obvious reasons) but are crafted in a way that convincingly makes them look like a part of this universe. Vatine’s compositions carry that methodical style of the rest of the Mignolaverse comics. Every panel feels deliberate and full of weight, making the major plot developments all the more impressive. This carries over to the action scenes, which all pack a huge punch that matches both the pulp-feel of the comic and HB’s traditional “red right hand” swings. Clem Robins utilizes the same font style used in the rest of the Hellboy universe, and one again crafts a stellar reading experience with it. He uses that hand-drawn feel to make fonts that reflexively change with tense along with this series’ now iconic SFX style to blend in with the rest of the art. Overall, Night Of The Cyclops is one of the most unique and stellar looking Hellboy comics one could stumble upon. 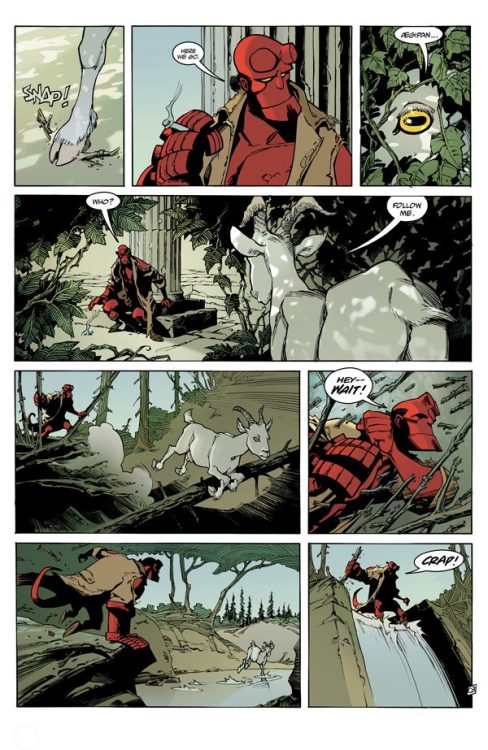 Hellboy And The B.P.R.D: Night Of The Cyclops is a fun and excellent one-shot that stands out in a series of great one-shots. Mike Mignola and Oliver Vatine craft a familiar story molded from Greek myth but with the humor and pulpy mystery & action we expect from a Hellboy book. Vatine’s artwork is stunning, with his stellar designs, weighted action, and bright colors making one of the best looking books in this universe in recent memory. Be sure to grab this fantastic one-shot when it hits shelves on May 25th!