A team from the 90s has returned in Force Works 2020 #1 thanks to Matthew Rosenberg, Juanan Ramirez, Federico Blee, and VC’s Clayton Cowles. Is this revival beneficial to the 2020 event or it an unnecessary reboot?

The eruption of a violent robot revolution threatens all manner of biological life! Teetering on the precipice of extinction, there’s only one man with enough tactical skill, killer instinct and ruthless leadership to lead the rebellion: War Machine! 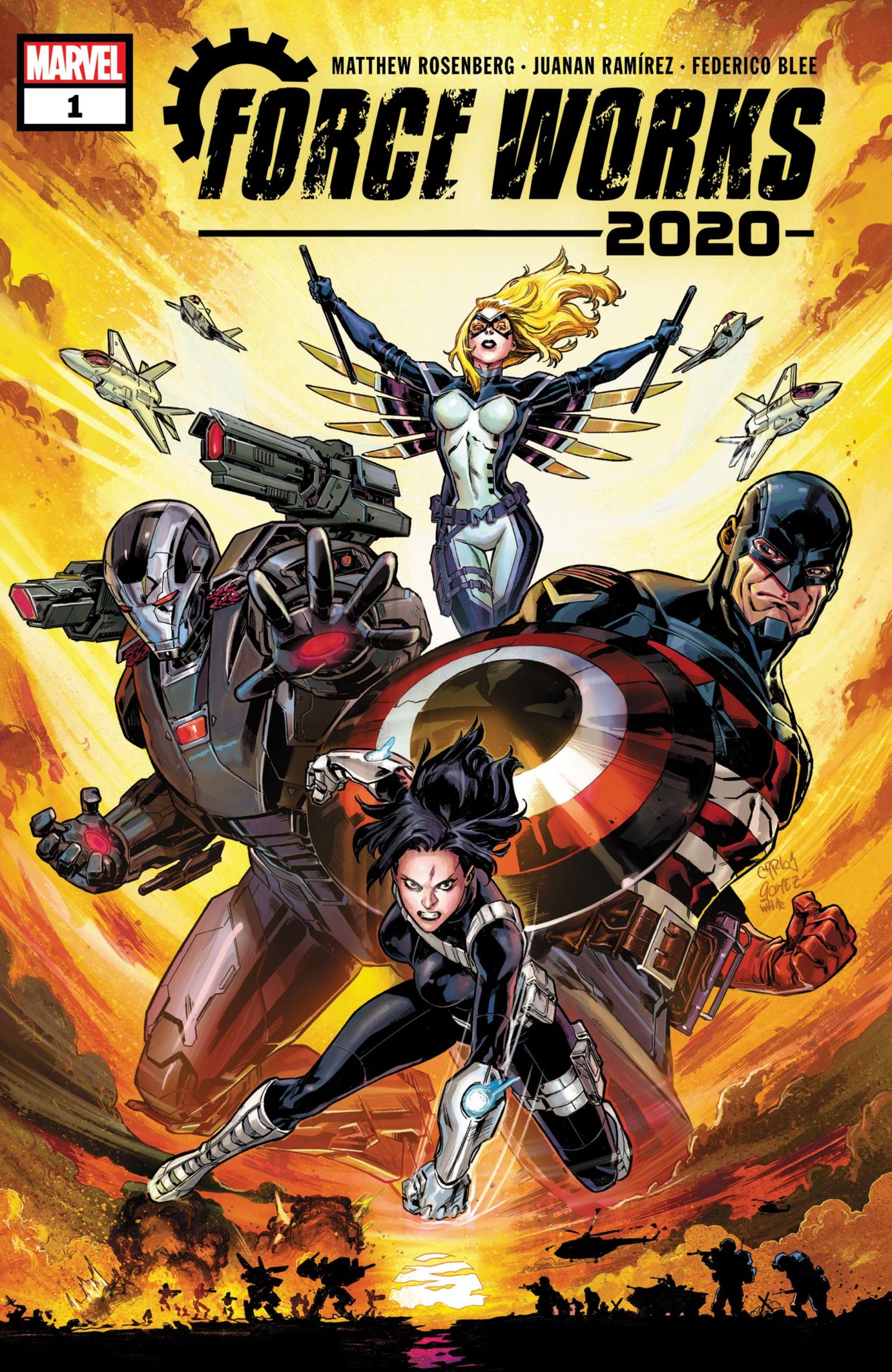 Unlike Machine Man 2020 #1, this issue feels necessary and adds to the world surrounding the 2020 event. It showcases how other parts of the world are being affected by the robot revolution and why a specially designed team to counter these factors is needed. The later reveal in the issue showcases a threat which is ideal to the 2020 event and has echoes to the Ultron Agenda storyline from Tony Stark: Iron Man.

Matthew Rosenberg sets up some great banter between the different team members. The dialogue between War Machine and U.S. Agent who have history and have been former teammates seems spot on. It’s the type of fellowship and bonding between allies you want to see between heroes when they appear in a team series together. 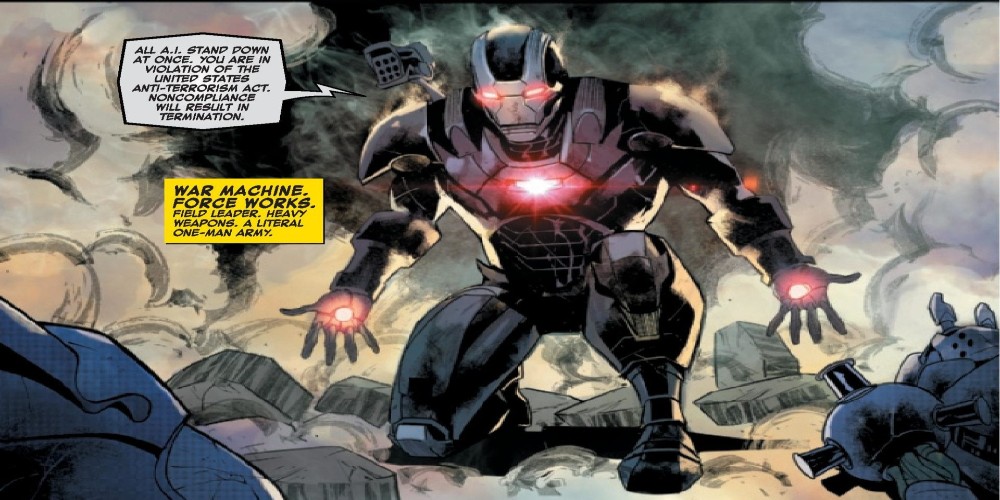 The art team hits the ground running in a fantastic opening scene with incredibly detailed art as a nuclear bomb goes off. The scene is highly detailed and memorable is just the start of an issue of top-quality visuals thanks to Juanan Ramirez on pencils and inks and Federico Blee on the colorwork.

The lettering by VC’s Clayton Cowles offers the ideal aspect of the first issue of a team series. Each character gets an introduction box when they first appear in the issue. Though many of these characters are very recognizable, the intros have a bit of commentary to them and add to the entertainment of the issue. 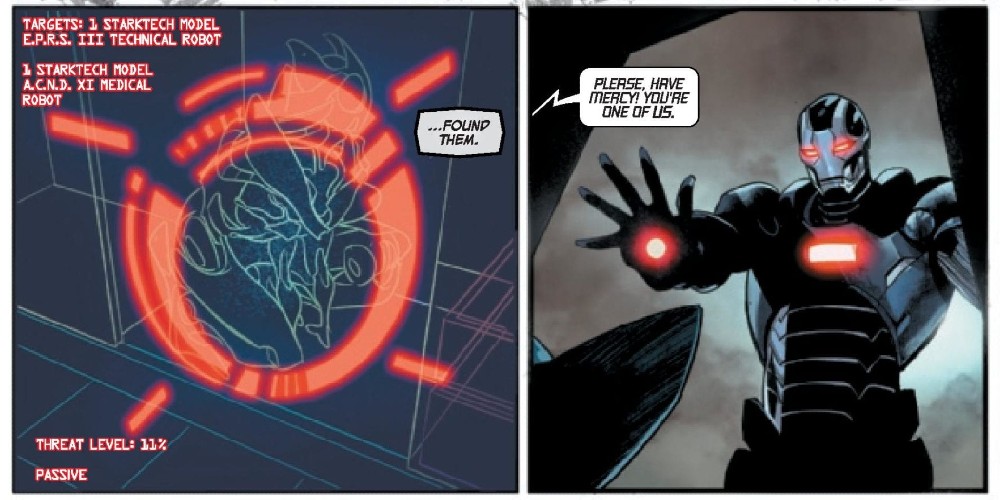 Force Works 2020 #1 is a perfect installment in the 2020 storyline. It offers detailed artwork and great banter between the members of the squad. It is a shame the team is only a mini-series as they work well together. It would be thrilling to see them tackle more adventures in the future.

A fantastic first issue of a team book and an essential read for the 2020 event. Review: FORCE WORKS 2020 #1 Brings The Heat