With Fantastic Four: Grand Design, indie comics sensation Tom Scioli brings his unique and idiosyncratic style to the very start of Marvel Universe in a book that is sure to be one of the year’s best pieces of sequential art.

From Marvel– The bestselling GRAND DESIGN franchise continues with Marvel’s First Family! Brought to you by critically-acclaimed cartoonist TOM SCIOLI (GODLAND, TRANSFORMERS VS. GI JOE) in the sole-authorship tradition made famous by ED PISKOR’S X-MEN: GRAND DESIGN trilogy! Join the Watcher and witness how it all began… Plus appearances by your faves: Doctor Doom! Black Panther! Namor! Galactus! Mole Man! The Inhumans! 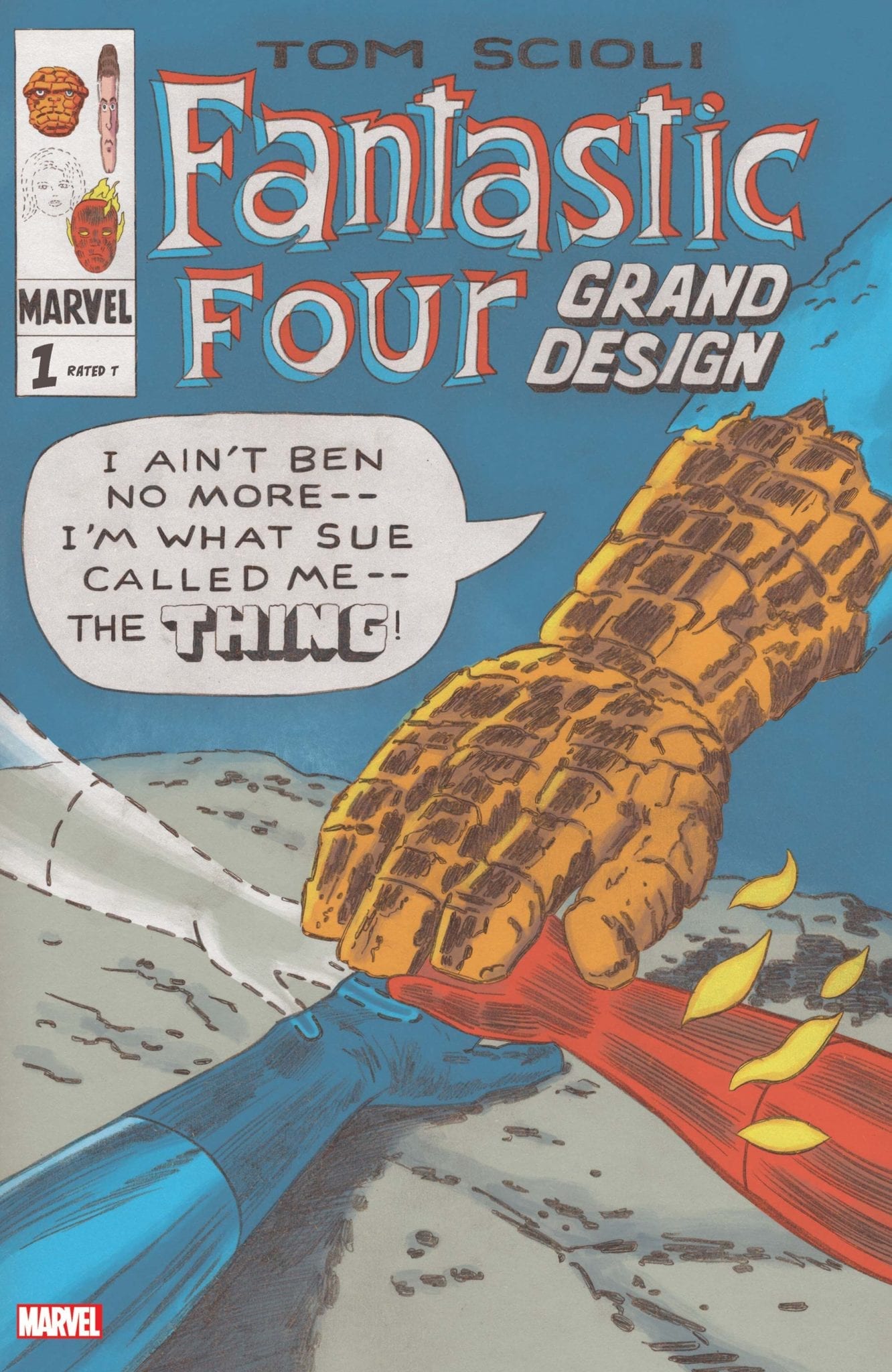 The story of the Fantastic Four has always been pivotal. Their popularity may wax and wane, but ask any comic fan or historian and they will tell you how important ‘Marvel’s First Family’ is to the MU. That makes it a great candidate for a Grand Design take. Scioli’s narrative (like Ed Piskor’s on X-Men: Grand Design) starts with Uatu the Watcher. Scioli then goes on to highlight all the important moments in both the FF’s origin and other early Marvel moments, seamlessly blending them together in a page by page narrative structure that echoes newspaper comic strips as much as it does Silver-Age comics. The structure actually accentuates how much plot was jammed into those early comics, Sciloi is able to capture that creative energy. 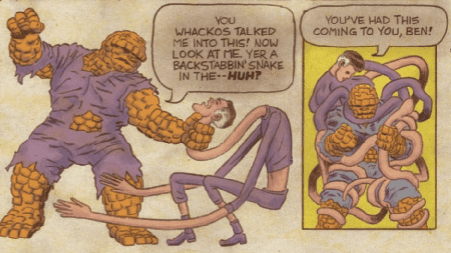 We also have a grand cast of characters, with all the major players we expect (The FF, Dr. Doom, Black Panther, Namor, Hulk, Avengers, S.H.I.E.L.D. Mole Man, etc.) but we also get some more obscure roll calls (like the Impossible Man and Dragon Man).

Sciloi also puts a magnifying glass on exactly how weird those early FF comics were; filled with odd characters, weird obsessions, crazy science, offbeat humor and intense melodrama. Scilo understands how creative and narrative energy both were a big part of what made those comics work and he embraces that, runs with it and knocks it out of the galaxy. 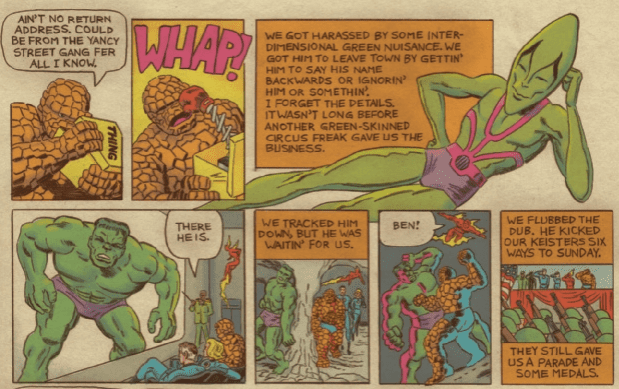 Tom Sciloi is a sequential art master with a style completely his own. His linework in FF: Grand Design is like a fusion of indie comics, Kirby-era silver age energy and the look and feel of those great mini-comics that used to come with a ton of ’80s toys like He-Man (Sciloi has, in fact, worked in indie comics, done Kirby style stuff in Image’s Godland and had a great Go-Bots series from IDW; the pedigree is there).

And like in the narrative, Scoli, in the art, highlights the otherness of the FF. These are weirdo looking characters, strange situations and alien landscapes. Sciloi is reminding us how off-beat these characters really are, which is exactly what made them such a huge part of both the culture and counter-culture of the time. 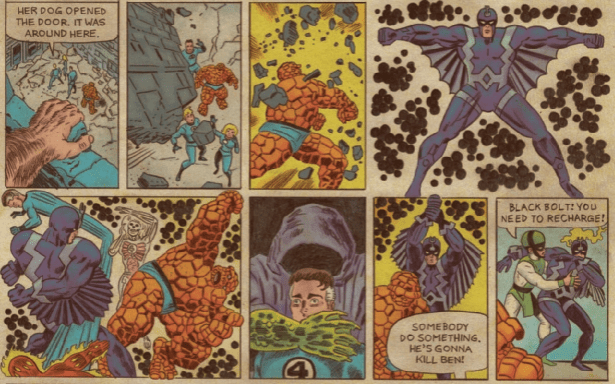 The layouts and panels are also marvelous. Most of the pages are composed of small, hand-drawn feeling panels. It looks and feels handmade in th4 best possible way.

There is also some great lettering at work, with tons of fonts, logos and styles on display.

Fantastic Four: Grand Design is the kind of comic book project we need more of. It crackles with energy, love and history. It’s a comic book for comic book fans made by an obsessive comic book fan. It’s a must-buy if you love this medium.

Review: FANTASTIC FOUR: GRAND DESIGN Crackles With Comic Book Joy'Fantastic Four: Grand Design' is the kind of comic book project we need more of. It crackles with energy, love and history. It's a comic book for comic book fans made by an obsessive comic book fan. It's a must-buy if you love this medium.