Planning and plotting are the themes of the day as the dictator flexes her words in Die #10, out this week from Image Comics.

Back for another chapter from the world of Die is author Kieron Gillen, artist Stephanie Hans, and letterer Clayton Cowles. This is a gorgeous work of art in your hands; cherish it. 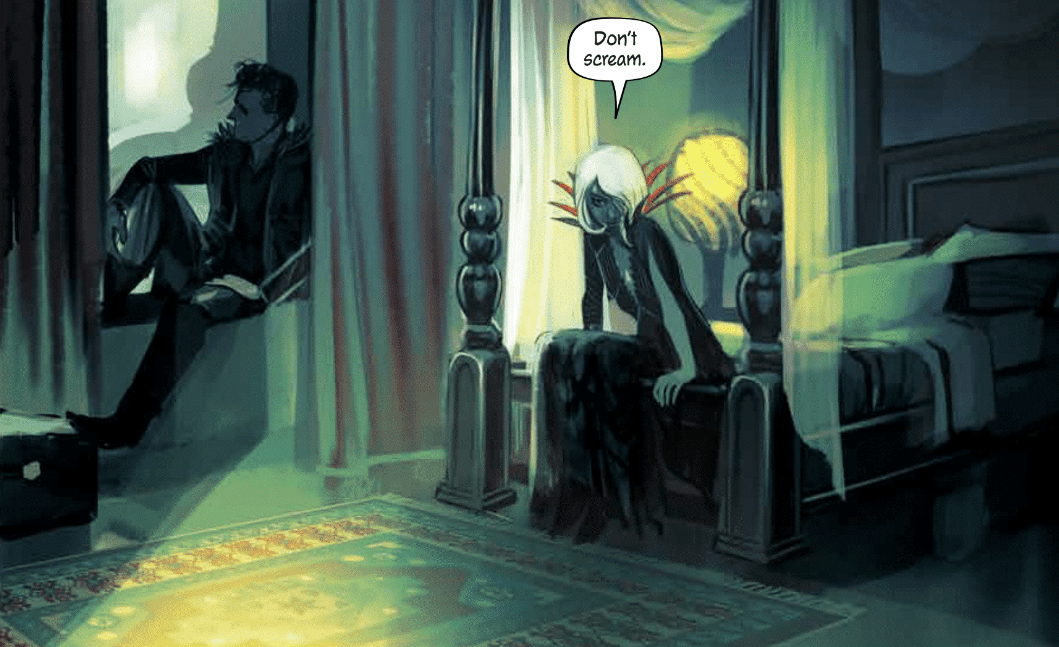 With Die #10 Gillen reminds us that this is still an RPG and there are rules for everything. The depths of this story leads me to believe that Gillen sat down and has played through this game several times with several people and has taken all the best ideas that every player has come up with. Gillen has created rules for this world and then figured out a way for each character to exploit those rules.

He also adds an essay at the end discussing the issue along with additions and tips for the Die RPG. Give your dungeon master some Die trades for Christmas and watch their creativity take off.

Hans is creating some incredible works of art for this book. The trades for Die could be easily mistaken for an art book. Her style works so well for fantasy and even better for such a dark fantasy as this. Fully painted and beautiful color shows the time and planning that goes into each issue. Hans changes up the style for the flashbacks so it’s always obvious when we are being shown past events.

Cowles’s work is very easy to read, and since this issue was mostly planning and setting up for the next phase, there was not much action, no huge battle scenes that would necessitate any large lettering to be done.

In this chapter we get a look at what Ash is planning, but we still don’t know how she plans to execute it. Plans don’t tend to workout so well in Die.

In previous issues we have seen some of the history from the other characters, but this is the dictator’s chapter. It would appear some kind of marking or glyph over the left eye is an attribute of dictators. In a battle of words their eyes glow and “spells” seam to spill out of them.

Gillen and Hans have created a real masterpiece. Any panel from any issue would be perfect in a frame to hang on the wall of any fantasy fan’s home. The depths that Gillen has gone to creating such an extensive and original world is inspiring. Even based on something that has been around for decades, he has created original characters with creative twists.

Die is the dark universe to Dungeons & Dragons. Every character has to deal with some terrible aspect of their powers that was not explained to them very well or at all. In that sense it’s like the original Jumanji with Robin Williams. Everything sounds good at first, but once you get into the fine print, you should probably start running.

This book just basks in the beauty of Hans’s work. Die deserves all the accolades and recognition. Not only is it a great story to read but you can get some friends together and play through your own version of it. There are not many other books that can say that.

After reading a reference to King Arthur in Die #10, I can’t help but wonder if some of his research for Die also spawned the creation of Once & Future. I am still fairly new to Gillen’s work, but it appears that history is always an important aspect of his stories. He was probably the kid listening to the teacher in history class and imagining what it would be like if Genghis Khan also had dragons. 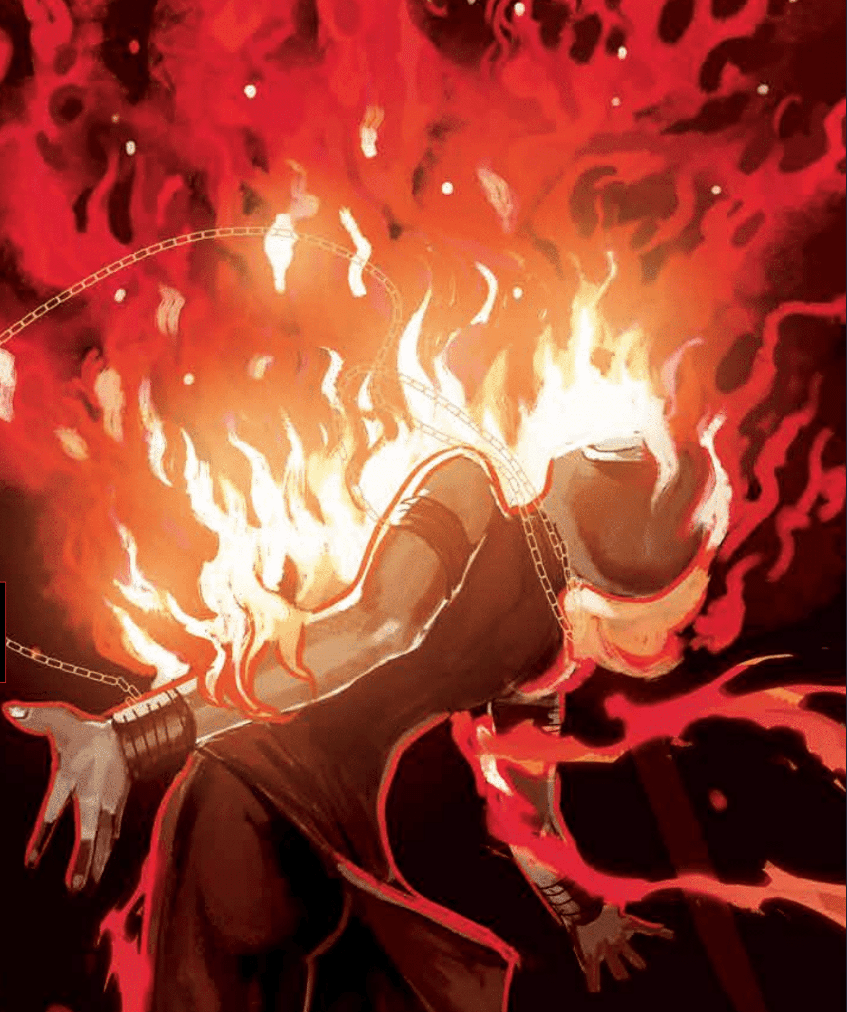 What did you think of Die #10? Have you tried playing the RPG yet? How cool is this artwork? Let us know in the comments below.