Do you like flow that makes the beat go woah? Then, put on your reading glasses because Quarter Killer #1 will teach you some classes.

On the bombastic beat (Lines/Colors) is Jamie Jones, with Vita Ayala and Danny Lore bringing the lyrical (Scripts) heat. But, look out below, because here comes Adrienne Lopes’ editing flow (Edits). But, you need not search a mile because Ryan Ferrier brings the style (Design/Letters). Acting as the whipping cream on top is Tim Daniel and the street team (Logo). 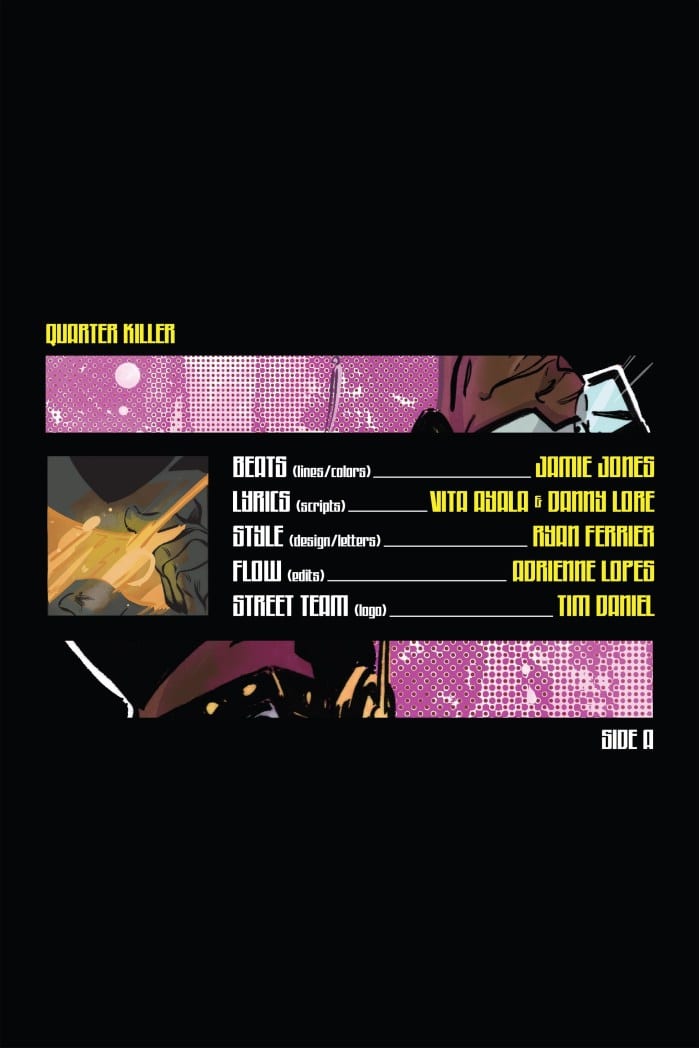 Quarter Killer #1’s strength is how it starts off small and focused, then quickly erupts into a large world. Ayala and Lore’s premise starts easy, guiding readers into the world by seeming as a one and done issue, but the duo quickly lay seeds for the future. By the end of Quarter Killer #1 the world and characters start to feel connected, while expanding.

Music is a massive inspiration for Quarter Killer #1, which Ayala and Lore showcase brilliantly. This inspiration shines within the first page with the creative team’s introduction (seen above). Even during dialogue, characters talk with a particular beat or style that feels unique. By the end of the issue, you’ll wonder why there was no CD.

Although each character is unique in their own regard, one shines the brightest—Quentin Kidd AKA QK, which makes sense as they are the main character. QK is a fresh, collective, and a fan of old school currency (quarters), while mysterious to boot. The few moments Ayala and Lore sprinkle throughout of their background makes you yearn for more. 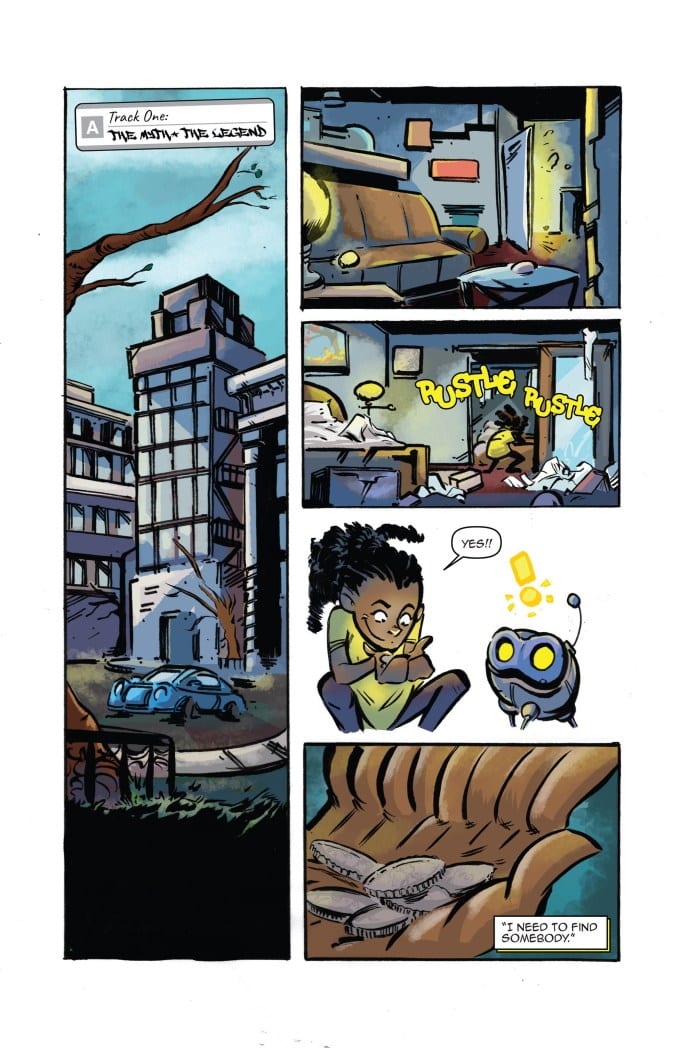 For a Cyberpunk story, Jones’ art makes the world a delightful place to live in. Throughout Quarter Killer #1 the mix of bright colors and heavy lines melds beautifully with the portrayal of story beats. During the few fighting scenes Jones’ darker colors help show QK’s electrical weapon to the extreme.

Throughout, Jones uses varying degrees of clashing colors that elegantly showcase the motions in panels. These colors can be seen in stiff moments to make them pop.

For a debut issue Quarter Killer #1 has a fair bit of dialogue. Luckily Ferrier’s bubble placement easily guides the reader’s eyes. But, that’s not all Ferrier adds, as his loudly colorful sound effects pop off the page. 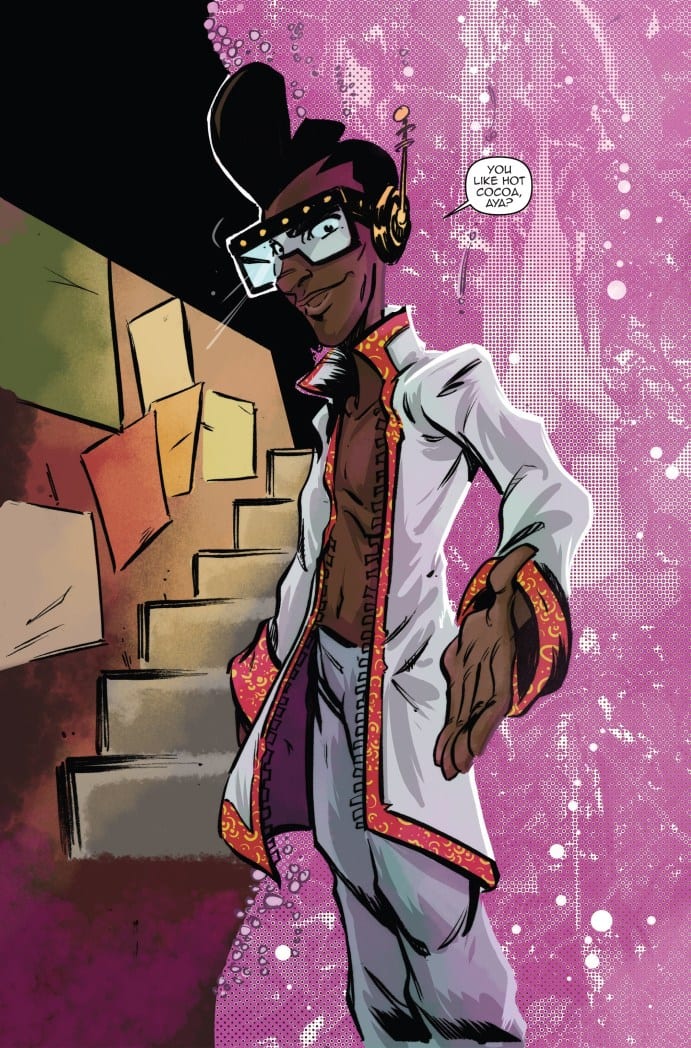 A Quarter For The Quarter Killer

Quarter Killer #1 hits the musical theme the dream team was aiming for. Luckily that’s not all it brings to the spinning table, as it features a uniquely fresh cast that’ll make it last.

Memorable Quote: “All aboard this janky-ass car! Next stop–that money! -Hi Top

I love Hi Top’s name and style. Plus, I didn’t think it was that janky of a car!

Extra Track: I’m a sucker for a logo, and damn does Daniel deliver a banging one!

For The Music Lovers

Did you get a chance to check out the Comixology Original? If so let us know what you think down below!