Dark Horse Comics’ Colonel Weird: Cosmagog #2, from the Black Hammer Universe, shows the frightened child at the center of this story. Writer Jeff Lemire and artist and letterer Tyler Crook peel back the layers of this complex character to show how he’s as scared as the rest of us.

The first time I read this issue, I was a little bored. There weren’t space battles and aliens. Well, there were, but they were practically off-panel. I expected this issue to be a little more sci-fi, even though the first issue was equally subtle. But Lemire doesn’t care about what we think makes Colonel Weird who he is. Lemire wants us to see why Colonel Weird is actually just like everyone else. The space battles can wait. Lemire wants us to see Weird with his mother, crying because he’s scared to go to sleep. He wants us to see Weird’s forehead resting against his wife’s face as they lay in bed and talk about his worries. So when we do see Weird as we’ve known him: haggard, floating, and ready with a blaster, we see past the window dressing to the scared little kid underneath. This script is subtle, it’s slow, and it’s damn gorgeous. 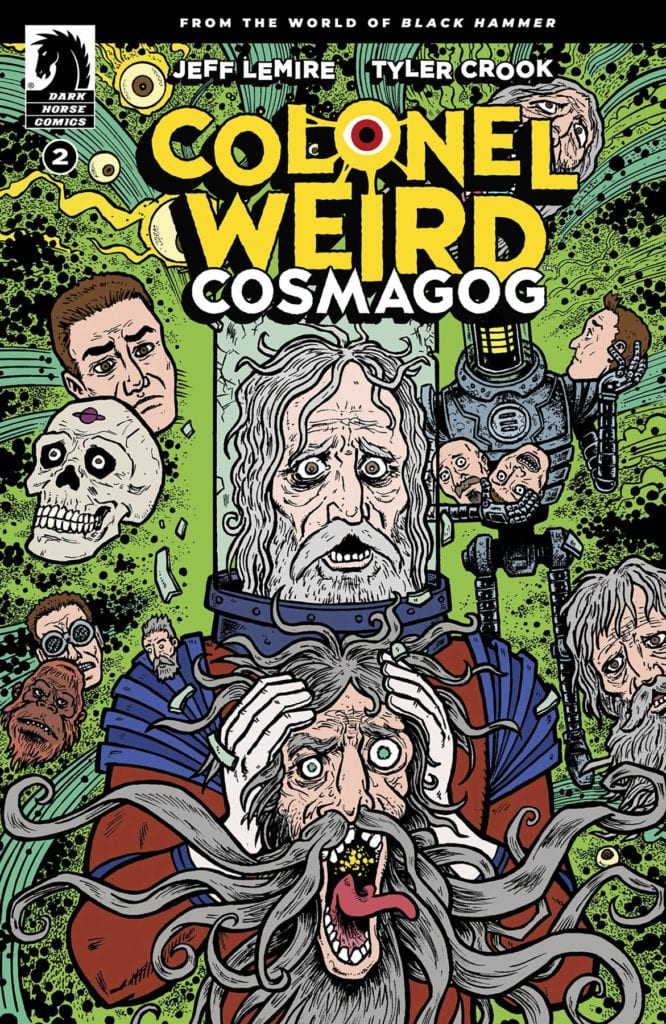 Crook never wants us to separate these different ages of Weird in our minds. When Weird is lying in bed with his wife, his head is positioned exactly like it is on the following page, when he’s a kid again, out in a dark field at night. Not only does this help us experience time as Weird does, but it gives us the sense of his growing worry. His fear and anxiety aren’t reset with each new jump through time. In fact, we see young Weird in the classroom near the end of the issue. He sees something strange out the window, and his face is horrified. He’s scared of the things that are bigger than him, the things he doesn’t understand. Then, when we hop back to see the Weird we know, fighting alongside Black Hammer, he has the exact same look on his face. It’s killing him to know how everything turns out. Everything but his own end.

Crook captures the feel of childhood. You can feel the happiness on the page as Weird walks by the river on his own. But once bullies dunk him underwater, Crook shows Weird a glimpse of the Para-zone. When he comes back up, the same scene looks grey, muddy, and brown. Later, when Weird is tucked into bed and talking with his mom, Crook makes the rest of the room look dark and scary. Weird and his mother are in a small halo of light. Yet when he’s an adult, Crook gives the room a light blue glow with all the lights off in his room. Crook makes the scene look like you’re seeing it now that your eyes have adjusted to the dark. This is a brilliant representation of him growing up. Yet his fear is still there; he’s just figuring out what it is he’s afraid of. Maybe it’s simpler for young Weird. Being afraid of the dark is a lot easier to wrap your mind around than being afraid of your fate.

Crook brilliantly melds his lettering into the art. The “plop” of mud hitting the back of Weird’s head looks like mud spraying through the air. When a younger Colonel Weird is fighting aliens, the sound of his blaster actually blasts through the aliens. But just as Weird’s speech changes after he sees the Para-zone, his sound effects do too. His dialogue goes from being clear to looking warped with a winding tail, and his sound effects look frantic. When Black Hammer and Weird are fighting Hellementals, the sound of his blaster looks different than it did when he was younger. It’s almost as though the “zak” noise was hurriedly scribbled onto the page. It’s a brilliant visual representation of Weird’s growing desperation.

Lemire and Crook have created another gorgeous issue in this series. Dark Horse’s Colonel Weird: Cosmagog #2 is subtle, and it dives right into Weird’s beating heart. Lemire and Crook have taken a character who can see everything and asked him to care about all of it. It’s Dr. Manhattan with a beating heart, and it’s beautiful. Pick up Colonel Weird: Cosmagog #2, out from Dark Horse on November 25th, at a comic shop near you! 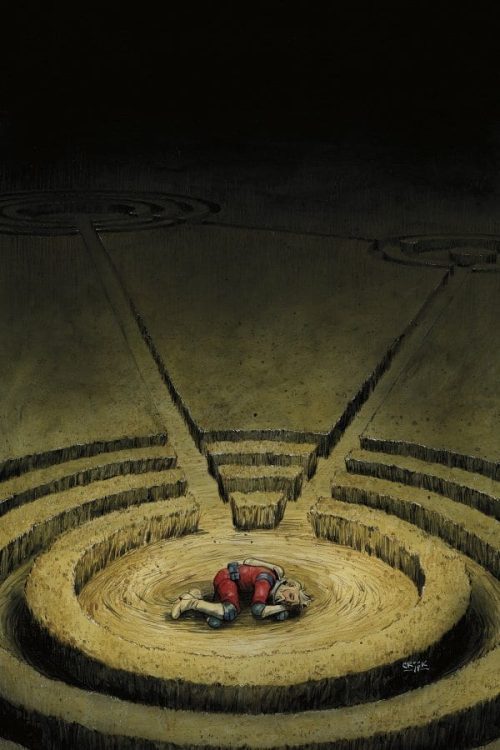