One of the most inventive takes on the biblical figure David is found in MercyWays and Brainy Pixel’s CHRONICLES OF FAITH: DAVID #0. This faith-focused story details the steps David, son of Jesse, took to become the ancient Israelites hero. In it readers will find that one does not become a hero without the proper preparation and faith.

The narrative opens in the Valley of Elah, setting the scene for an epic battle between the Israelites and Philistines. From the panicked soldier’s exclamations, readers see how terrifying one particular Philistine warrior can be.

Goliath goads the Israelites into bringing out a champion to face him. But who is brave enough for the task? 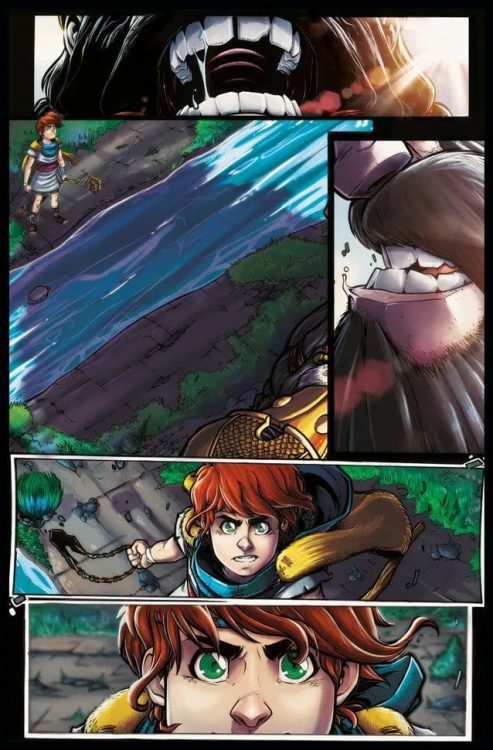 Seeing the young David stand up against a seasoned fighter of such immense power is awe-inspiring. The sense of calm that washes over his inner thoughts shows readers they can find peace in their most trying times.

However, just as this story approaches the climatic moment, the narrative abruptly switches to Solomon, David’s son. This story within a story dynamic engages readers on an entirely new level. We find David teaching Solomon what it looks like to live a life of faith, rather than giving all the credit to himself. 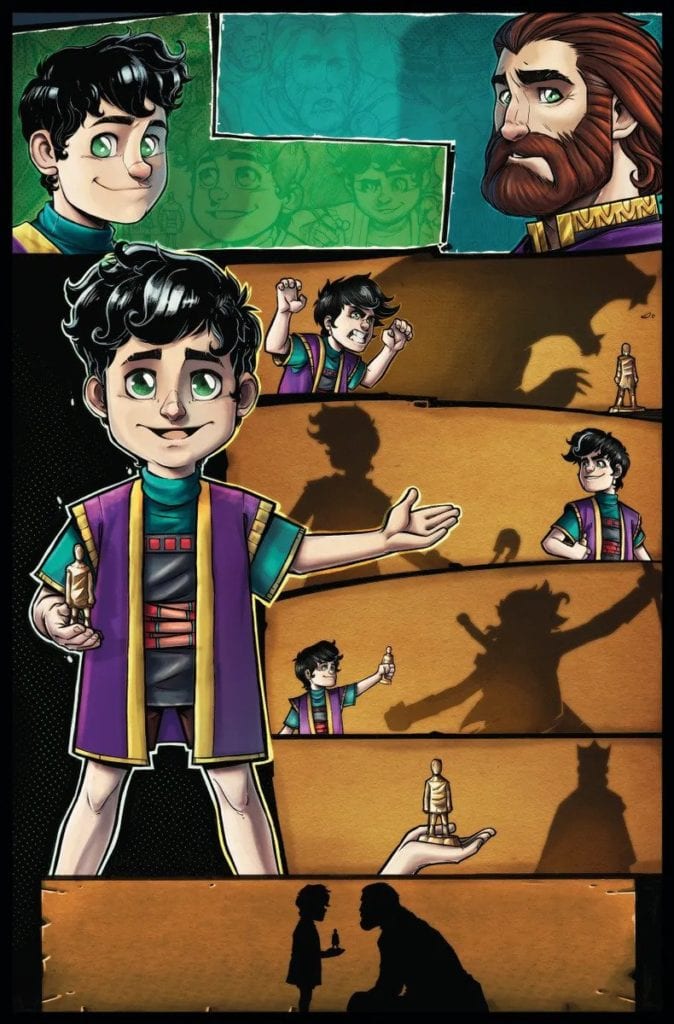 Ivan Anaya’s script is one of the most engaging retellings of David and Goliath in recent history. Rather than employing a chronological narrative, this story uses various moments in David’s life to show how he became a hero of faith. 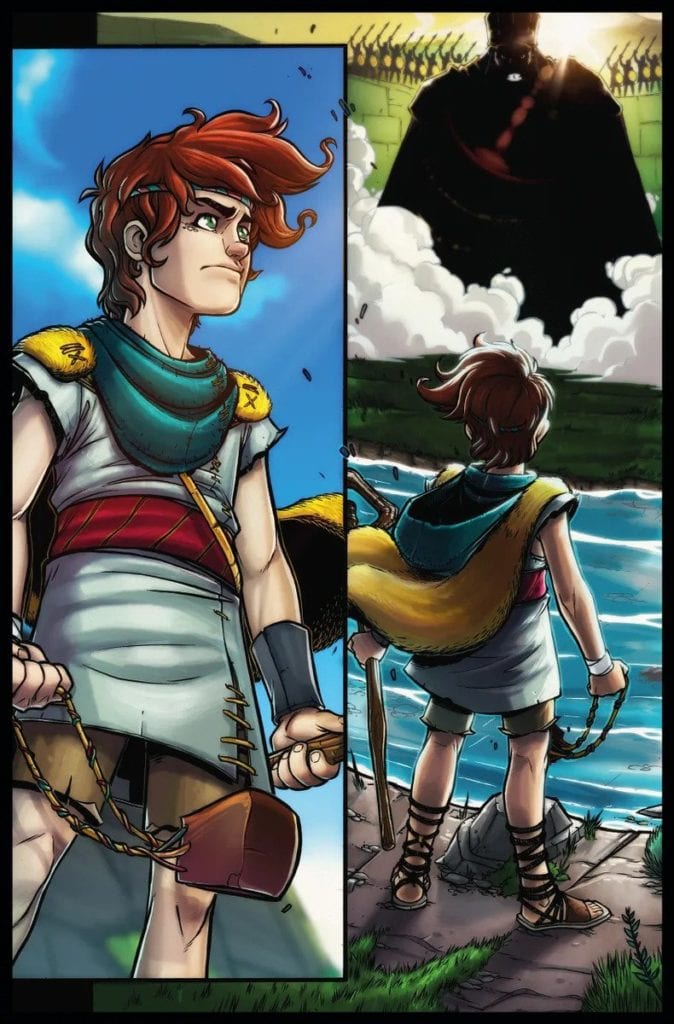 Readers are treated to astounding displays of action, emotion, and colors, as well as clever word balloon placement throughout this story. Anaya’s penciling and ink work provides expressive characters with highly detailed facial features. We also loved Marvin Hernandez and Sofia Gonzalez’s coloring, which made each panel pop with bright hues. And Soffia Flores B.’s lettering completed the ensemble with a brilliant mix of font variants to represent the sound effects and character’s exclamations.

We were thrilled to read CHRONICLES OF FAITH: DAVID #0 and join in David’s story. This creative retelling remains true to the original tale while adding in those relatable elements to fully engage the modern reader. We look forward to seeing more heroes featured in the Chronicles of Faith series!

Do you want to see more biblical icons depicted in the comic book medium? Let us know in the comments below!