Review BOJACK HORSEMAN SEASON 5 – As Funny and Heartfelt as always

Bojack Horseman has a deserved reputation for being one of the best adult animated shows currently airing (or streaming). The Netflix hit blends hilarious comedy and hard-hitting insights on issues like depression. Bojack Horseman continues with this delicate balancing act in its recent fifth season.

In the new season, Bojack takes on the titular role in the TV show Philbert. He hates his character, and feuds with the creator of the show. Bojack also starts a relationship with his co-star, Gina Cazador (Brooklyn Nine-Nine‘s Stephanie Beatriz). And like every season of Bojack Horseman, Bojack quickly spirals through the season as he grapples with his demons. 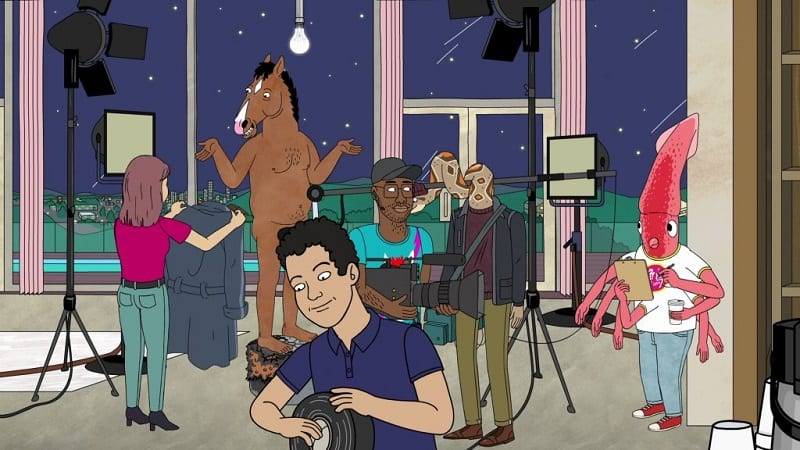 Throughout the show’s run, Bojack has battled addiction and depression. No matter how good life gets for Bojack, he finds a way to screw it up. Despite saying he wants to improve, his actions frequently say otherwise. The fifth season sees Bojack go down an even darker path. He gets addicted to powerful opioids after an accident and the show slowly builds on this. It’s an engaging subplot that drives Bojack into its familiar dark territory. 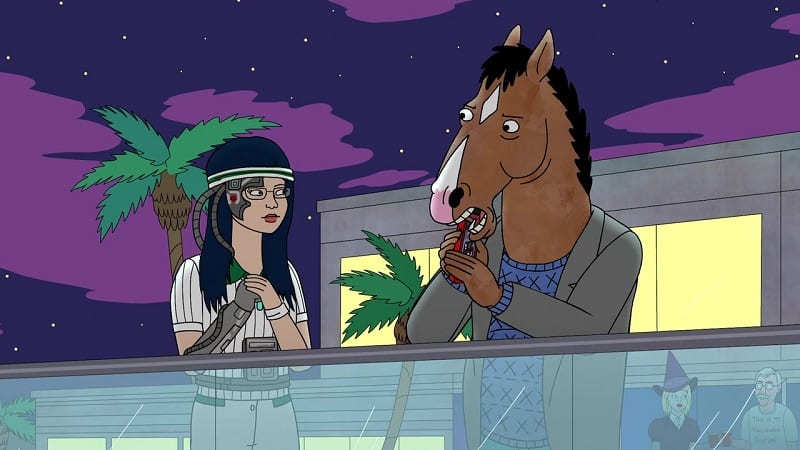 Bojack’s past also comes back to haunt him. The events of Season Two rear their ugly head and it affects his relationship with Diane. His loses someone close to him during the season and despite Bojack saying he’s okay it’s clear this event is going to be addressed in the next season.

Diane, Princess Carolyn, and Mr. Peanutbutter also each have an episode to shine. Diane had the best standalone adventure, where she runs away to Vietnam. “The Dog Days Are Over” has a very moving moment that shows how someone can be alone whilst in the middle of a crowd. Anyone who has had depression or felt isolation can relate to it. Her episode also had a fair amount of hilarious moments, and it’s the balance of humor and heart that makes for the best moments of Bojack Horseman. 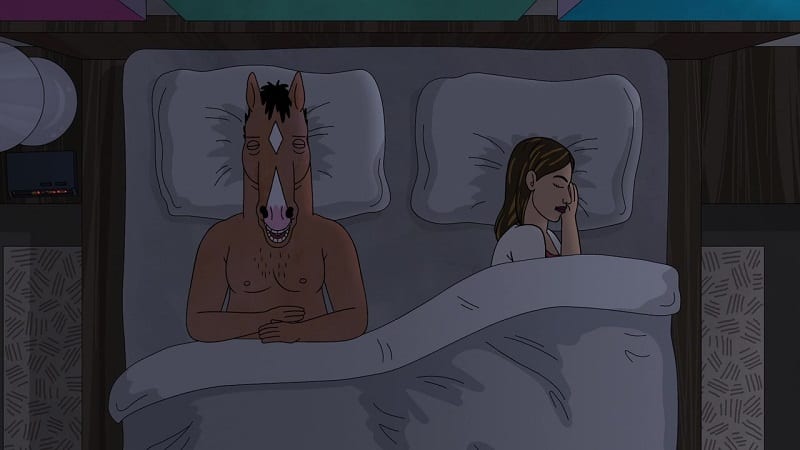 Princess Carolyn’s episode, “The Amelia Earhart Story,” elaborates on her previous miscarriage, and her mother’s alcoholism. The episode showcases more of Princess Carolyn’s past, and how mother almost held her back. It sets the stage for Princess Carolyn’s future, and the difficulties of balancing her career and single parenthood. Her dreams clash. 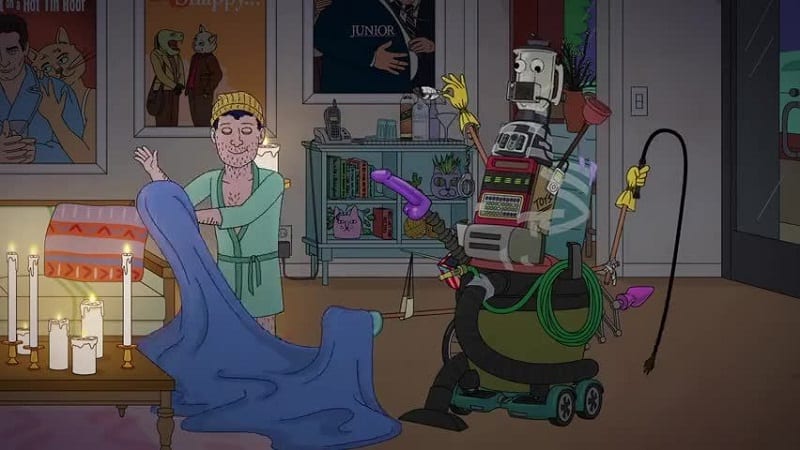 Bojack Horseman sees some new characters join the season. Gina was the most important – she was Bojack’s co-star and love interest and a cynic with a dry wit. Gina has a knuckle down and gets on with it approach. She has pretty much given up on her dreams. Gina has the biggest arc in the season because Bojack clips away her shell and she lets her guard down which has both positive and negative effects. The decision she makes in the final episode was a strong commentary on the current situation in show business.

Hong Chau played Pickles, Mr. Peanutbutter’s new girlfriend and acts just like a pug – happy, enthusiastic and a bit stupid. Pickles is the female version of Mr. Peanutbutter – but she is only 25, she’s still figuring out her way in life. She will have a bigger role in the next season.

My favorite new character was Henry Fondle, a sex robot built by Todd. Henry is a gag character, all he does is spout pre-programmed sexual phrases that get interpreted as business commands. Todd ends up being the smartest person in the room at times because of this. It made me laugh. 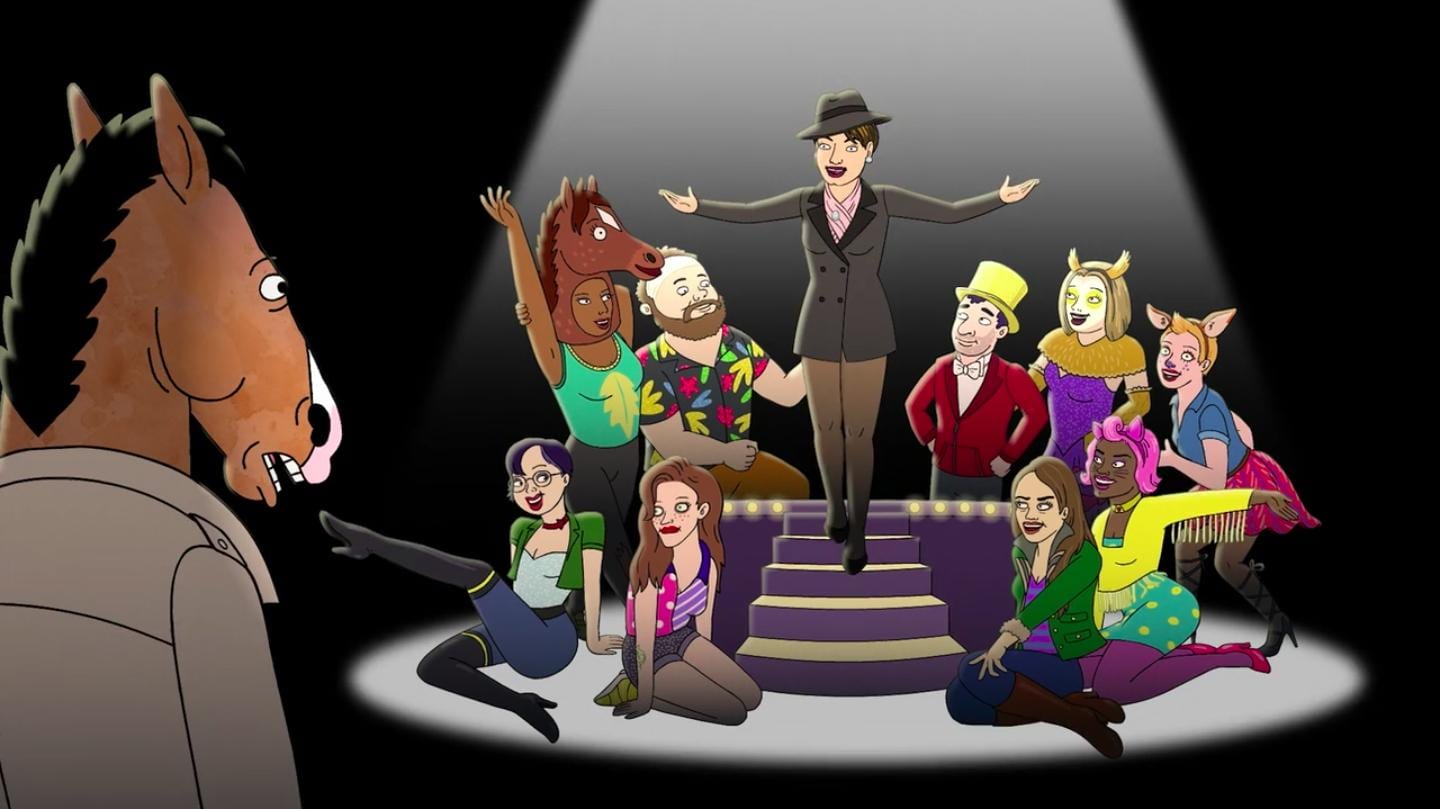 Bojack Horseman is largely known for being dramatically hard-hitting, but it’s still a funny show. The fifth season has some of the best moments of humor. “Bojack the Feminist” was the best comedic episode in the season where, after a misconception, Bojack becomes a feminist icon. Bojack learns about feminist theory, Mr. Peanutbutter attempts to be tough and fails miserably, and the character of Vance Waggoner (Bobby Cannavale) was a satire of actors like Mel Gibson and Alec Baldwin and their redemption in Hollywood.

The fifth season keeps to Bojack Horseman‘s high standards. This season is not as emotionally devastating as previous seasons because it doesn’t have an event like Sarah Lynn’s death or the reveal of Hollyhock’s parentage. But the season is still funny and dramatic and fans will love it.