The Black Cat has a plan to use a secret tradition for a major cash heist against the Maggia. She just needs a wedding dress and your Friendly Neighborhood Spider-Man to pull it off. Black Cat Annual #1 is what an annual should be: Fun, funny, and slightly off-topic from the main book while providing a one-off story as an entry point to new fans.

Felicia Hardy (Black Cat) starts the story by sweet-talking Spidey into helping her with her plan, involving the two being “married” and fighting to the death in a Maggia wedding ceremony. As this is happening, henchmen working for the Cat are around town doing their part in the heist. The ending is sweet and not only cements Spider-Man as one of the nicer heroes of the Marvel Universe but provides a view into Black Cat’s mindset and personality as well, making her even more in line as Marvel’s Catwoman. 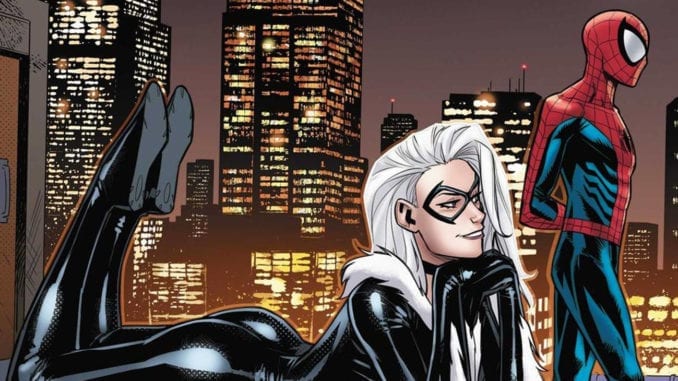 The actual heist isn’t overly complicated but provides just enough background information to make the story more vibrant and more entertaining. What’s better than an old-school mob robbery, anyway? The bad guys lose while looking foolish, and the “good” guys win and provide a happily-ever-after to a couple who desperately needs one. It’s the perfect wedding story.

Everything about Jed MacKay’s story is spot on. The interaction between Spider-Man and Black Cat, the overall plot and storyline, and the little twist at the end make this a fun story, one enabling old fans to remember back to the relationship Felicia and her Spider used to have as well as one allowing new fans to see a side of Peter Parker they may never have seen before. There is no fat to the plot at all; everything is lean and makes sense. Whether you’ve seen known these two since the early ‘80s or whether this is the first Marvel comic you’ve ever read, you’ll understand the story, the motivations of the characters, and appreciate the story.

The story is helped tremendously by Joey Vazquez’s art. The Black Cat has always been one of my favorite Spider-Man “villains,” and Vazquez’s pencils are flawless for this story. That combination of perfect, realistic art and a more abstract, emotional cartoonish brand of drawing is what this story demanded, with Vazquez providing it perfectly. Brian Reber’s colors are also a huge sell. While not showing off the bright pop of Spider-Man, Reber manages to give each character a certain glow, while combining realism and stereotypical comic book looks. The colors combined with the art make this book a must-read.

Finally, Ferran Delgado’s lettering is masterful. Letterers don’t tend to get a lot of notice unless they’re really bad at what they do. Delgado manages to add the tiniest flair to his work, which makes it stand out, but not in an obvious way that distracts the reader.

Overall, Black Cat Annual #1 is reminiscent of the days when we could buy a random book off the spinner rack, take it home, and read it over and over because it’s everything a Marvel adventure should be. As Stan Lee said, “Every comic could be someone’s first,” and if this comic is yours, you’ve got a fun day ahead of you.

What did you think of this issue? Comment below! 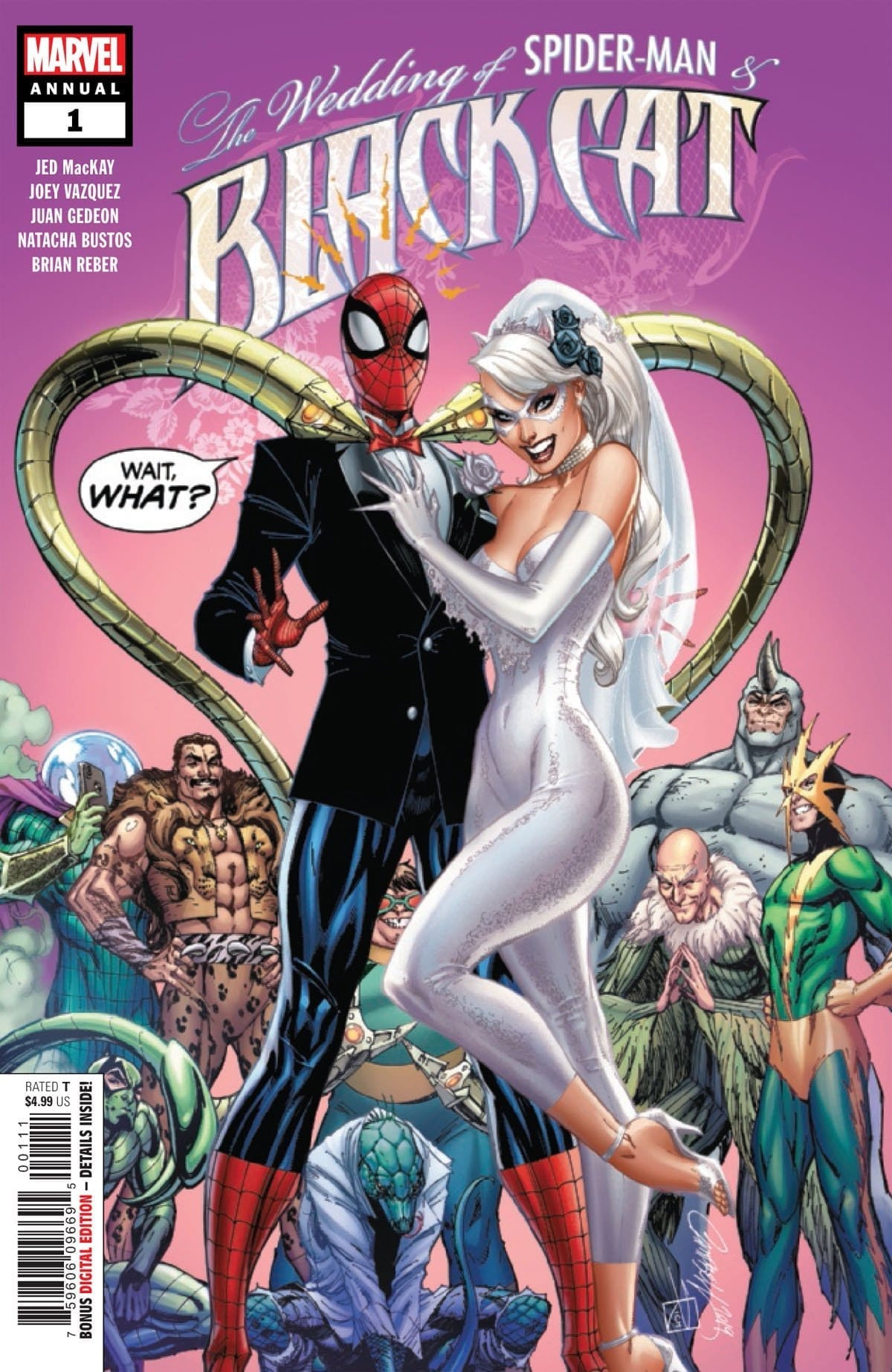 Image Comics has unveiled the first look at their new series Adventureman, from the all-star team of writer Matt Fraction and artists Terry and...
Read more
Comics