The hilarity of Ant-Man #3 is off the charts thanks to Zeb Wells, Dylan Burnett, Mike Spicer, and VC’s Cory Petit. Though the issue is entertaining, does it have more to offer than just putting a smile on the reader’s face?

The threat of Macrothrax and the impending invasion looms large! With no choice but to call the Avengers for help, will Ant-Man be able to convince them to take both this threat and himself seriously? 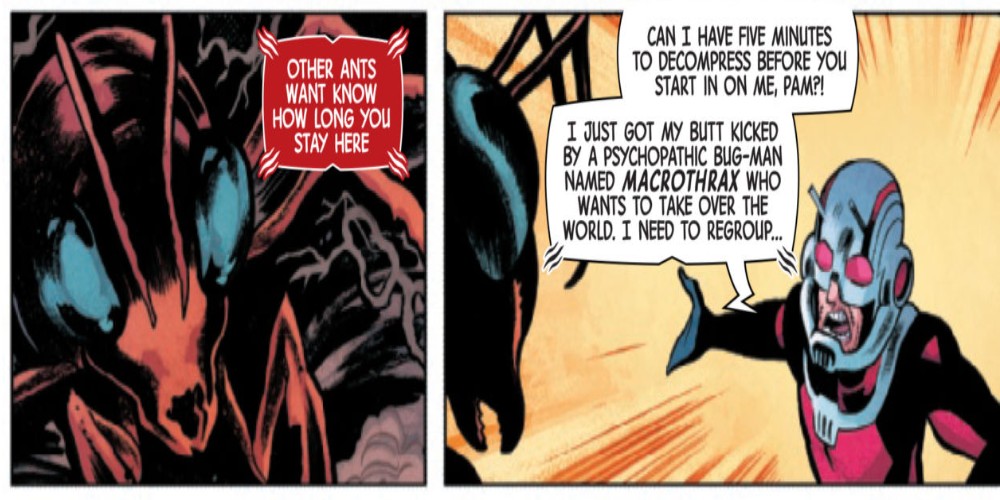 This installment gives more of what was teased in the first issue. Father and Daughter bonding through hero work as Ant-Man tries desperately to show he isn’t a loser to Cassie. He fails at this fantastically as everyone from Iron Man to Black Panther, and even the friendly neighborhood Spider-Man is quick to throw a jab or make a joke at Ant-Man’s expense.

The writing remains comical thanks to Zeb Wells work but keeps alluding to more things are coming on the horizon. The final showdown with Macrosthroax and Cassie’s future are the two major examples. Hopefully, Pamela the Ant can survive too so she can do the introduction for every comic Ant-Man stars in for the rest of eternity. 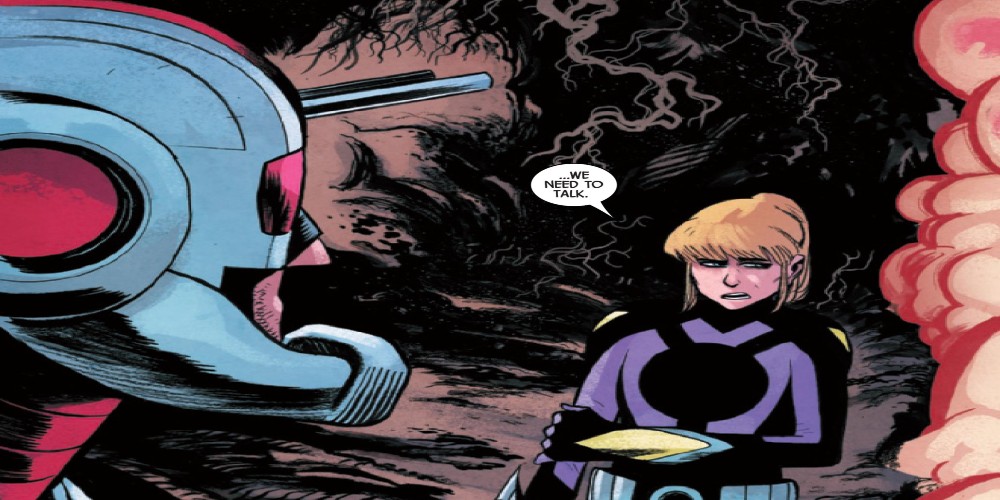 The artwork by Dylan Burnett aids in the delivery of the humor. There are lots of great facial expressions aid in ensuring the comedy succeeds. Also, the scene with the Avengers eating dinner is entertaining as Ant-Man arrives is guaranteed to put a smile on anyone’s face.

With Mike Spicer doing the coloring work, the issue has a very distinct look to it. It offers a creepy and unnatural look to the villainous insect creatures. Especially when they journey through the sewers and come across a former ally of Black Cat. 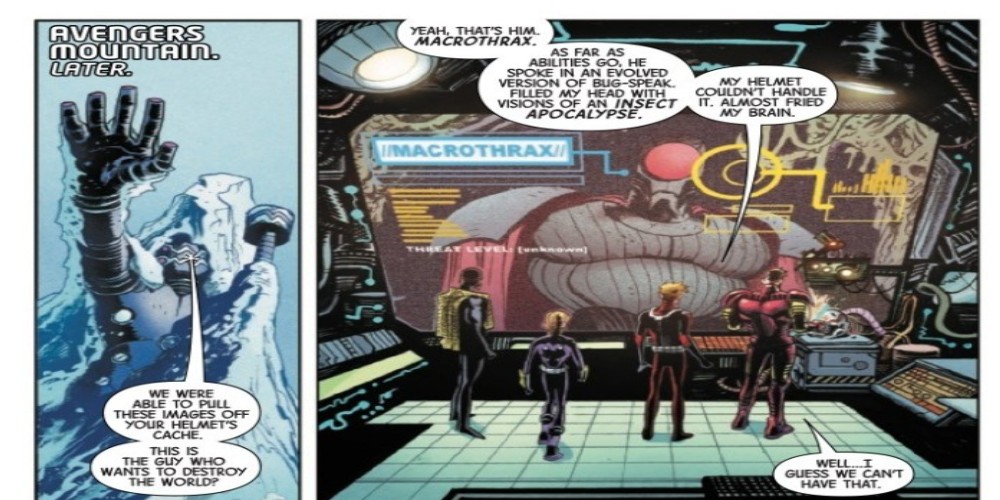 The lettering by VC’s Cory Petit helps to give a distinct sound to the issue. The sound effects help with the action and the humor from panel to panel. It also helps to give a sense of the different styles of speech coming from the villains.

Ant-Man #3 proves everyone should keep reading this mini-series. It seems to only get better from issue to issue. All the team has to do now is to make sure they land the ending with the final two issues.