Bermuda #2, from IDW Publishing, comes to comic stores on August 18th. Writer and letterer John Layman slows the pace of the plot to allow the reader to experience Bermuda’s setting. With artist Nick Bradshaw, every page is filled with lively images that tell their own stories. All while colorist Len O’Grady makes a few plot-related elements stand out.

Bermuda tells the story of the titular adventurer, named after the very region she lives in. Exotic things like giant ridable lizards are normal for her; but an actual adventure to rescue a castaway’s sister is something she wants no part of.

Bermuda #2 puts a little more focus on Layman’s world. The opening gives readers an idea of the setting. The island in the Bermuda Triangle holds the potential for adventure all around. There’s even an ensemble of pirates in a very long rivalry with another crew, a rivalry about who can make better alcohol. But with not enough time to enjoy this part of the triangle, the issue takes the time to capture imaginations with the next issue’s antagonists. Because not even the cutthroats want to mess with some magic fish people who possess a language Layman decorates with special symbols and black word balloons. 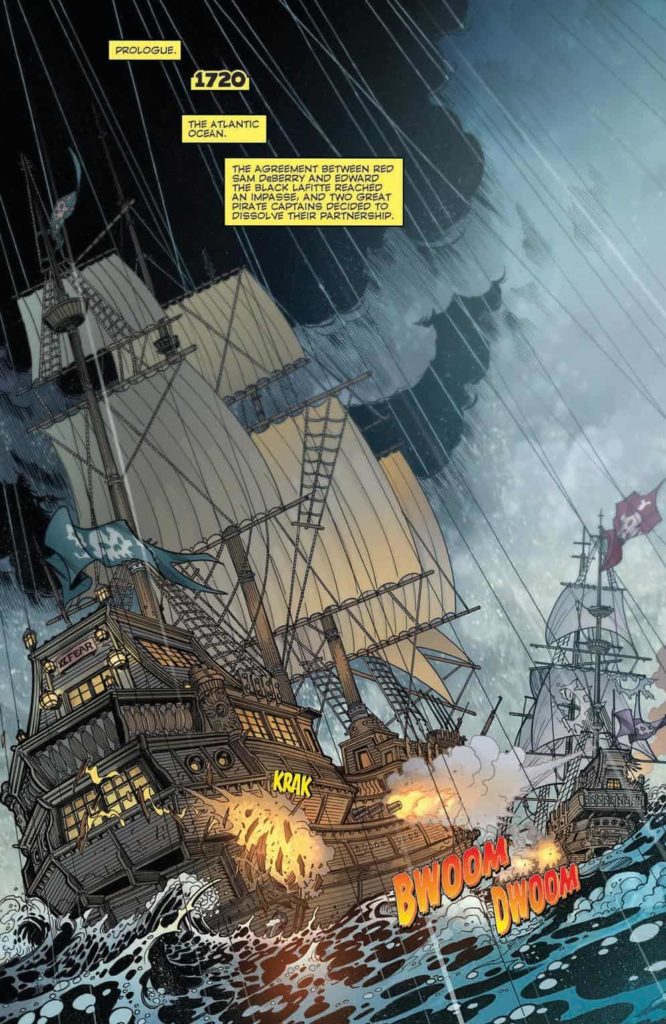 Bermuda #2 has Bradshaw showcase some campy characteristics for memorable moments. All of the elements of a pirate fantasy are on display: peg legs, a town made of recycled pirate ships, and even some trained monkeys. For such a short appearance, everything in this issue will not be so easily forgotten.

With all of the activity going on in Bermuda #2, both Bradshaw and O’Grady take measures to keep the reader’s attention. Bradshaw employs bolder outlines around characters who move the plot forward. But perhaps it is O’Grady’s use of the color red that makes the most progress. Most of the pirates who wear a darker red push the plot around, with the brighter red colors making the most significant contributions. That’s why the brightly red-haired Bermuda is able to overcome them in plot relevance. 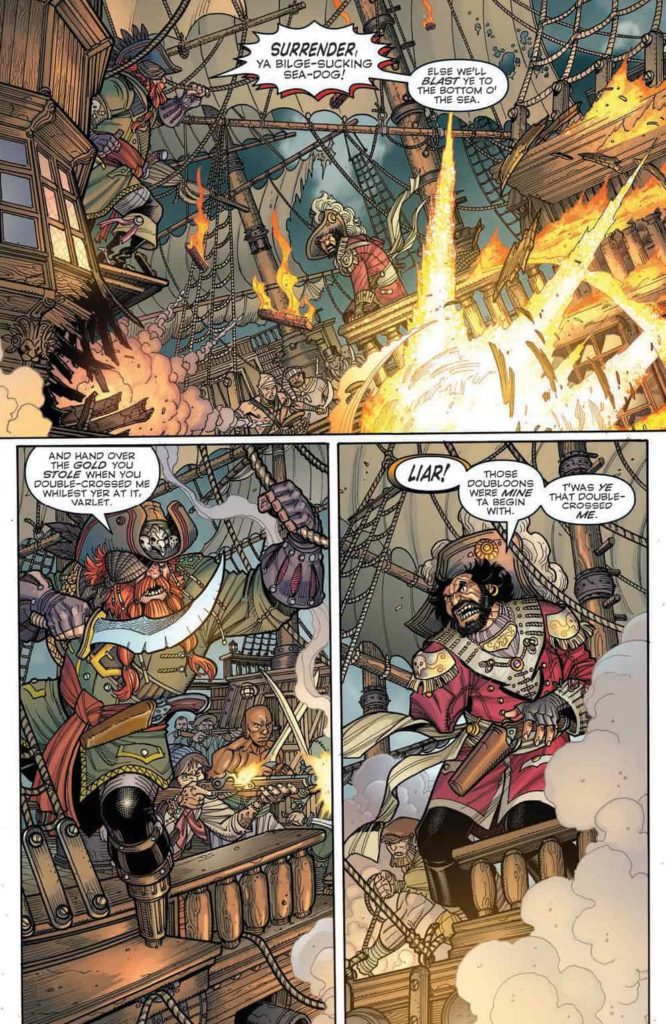 Have A Taste of Bermuda #2

Bermuda #2 gives readers a glimpse into a larger world, enough for readers to become more curious. No space is wasted in getting the reader’s attention with a sense of culture and adventure. With more to come, readers are sure to want the next issue even more.

Bermuda #2 shows off the vast colorful world with ridable iguanas, pirates, fish people, and blink and you'll miss moments that will make the setting twice as memorable.Review: BERMUDA #2 - The Colorfully Detailed World Of Pirates