Sailing Away With Bat & Cat in BATMAN #78

After the shocker presented in our last issue, few readers may be ready for what we find in Batman #78, out this week from DC Comics. What is it, you ask? Why…it’s a beach vacation.

Bruce and Selina unwind on a beach, soaking up the sun and making up for lost time. It’s not all relaxation, though; Batman is—in a roundabout manner—training to face Bane and his father and to retake Gotham, with Selina’s help. 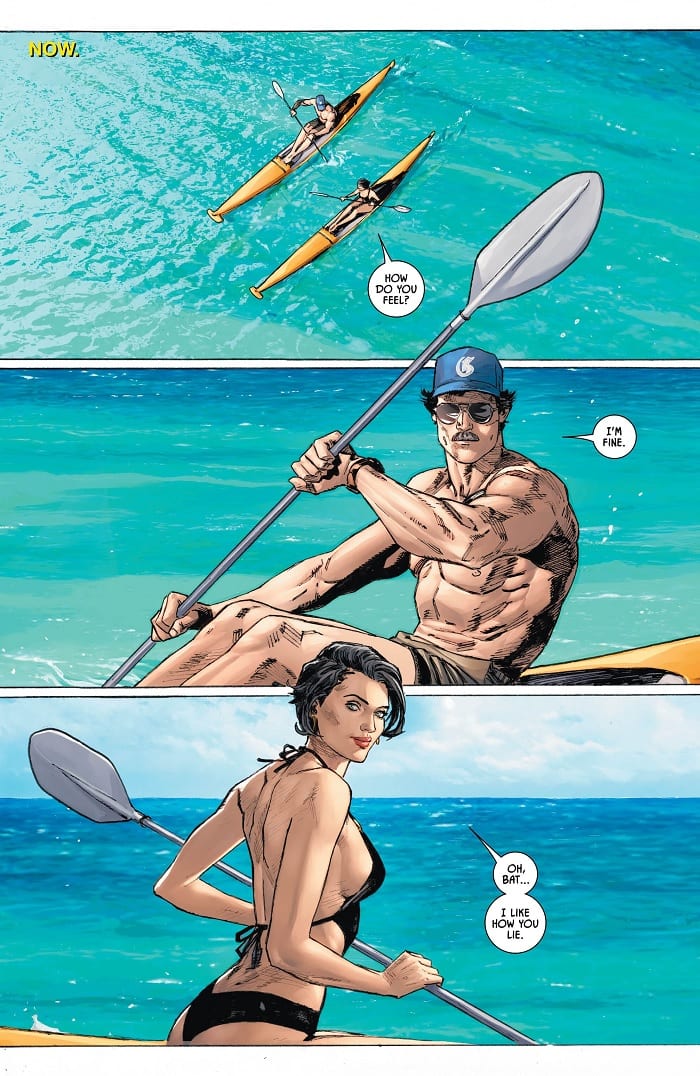 Batman #78 isn’t a conventional Batman book. Then again, King’s approach to the character has never been conventional.

The writing is carefully-metered and well-paced internally. However, the book leaves the tension from our last issue unresolved. Instead of following on the events transpiring in Gotham, we’re with Batman and Catwoman in a tropical island setting. This is frustrating on a certain level; while it’s good to draw out tension, the weight of the narrative makes it hard to feel fully invested in what’s happening here. On a certain level, we want the story to hurry up and get back to the action.

Batman #78 reads in some ways like a surreal, alternate version of a lighthearted Silver Age story. The book’s marked by complex emotional tumult; it’s difficult to read where either character stands, or where they will end up. They each struggle to resist their feelings for one another and find a way forward, but falter multiple times. It feels like a realistic take on a pair of exes awkwardly attempting to find a way to interact around one another.

The writing is good on its own, but it tugs against the impetus of the larger narrative. We feel the story moving toward its peak, but this chapter runs counter to what would be conventional structure. Thus, it doesn’t necessarily serve the larger story well at this point in the sequence of events. 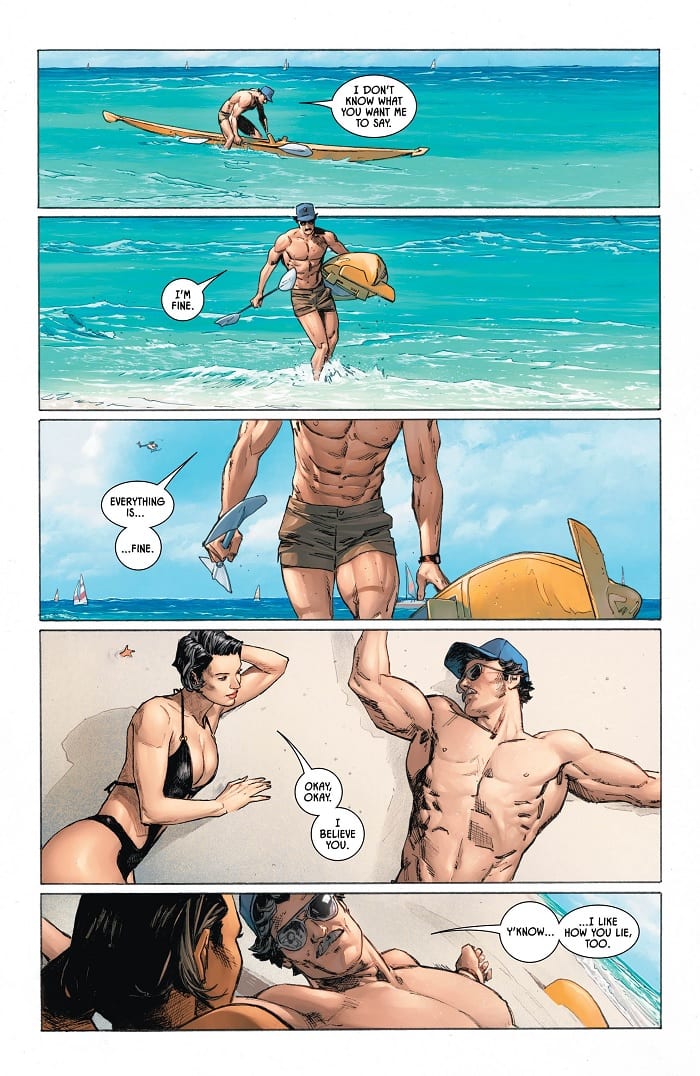 Artist Clay Mann has a great eye for employing cinematic techniques, and isn’t shy about showing it in Batman #78.

Mann creates continuity from one panel to the next. This is displayed very well in one sequence around the book’s middle point; although Bruce and Selina are broken up between panels and are in different rooms, they match one another’s eye line, opposing one another as if inches apart. As panels move from one to the next throughout the book, there’s a distinct continuum of movement.

The use of repetition for effect throughout the book is a nice touch as well. There are several points at which we see near-identical—or in some cases, replicated—images repeated over and over. This lends the visuals in Batman #78 a great sense of symmetry. It could even be read as a visual metaphor; the two characters are stuck, unable to move forward until the tension between them is resolved.

The illustrations themselves are nicely stylized. They’re sharp, yet given a soft glow, like an idealized flashback, owing to Tomeu Morey’s color palette. Morey’s a skilled colorist, and this is some of the artist’s best work yet on the series. 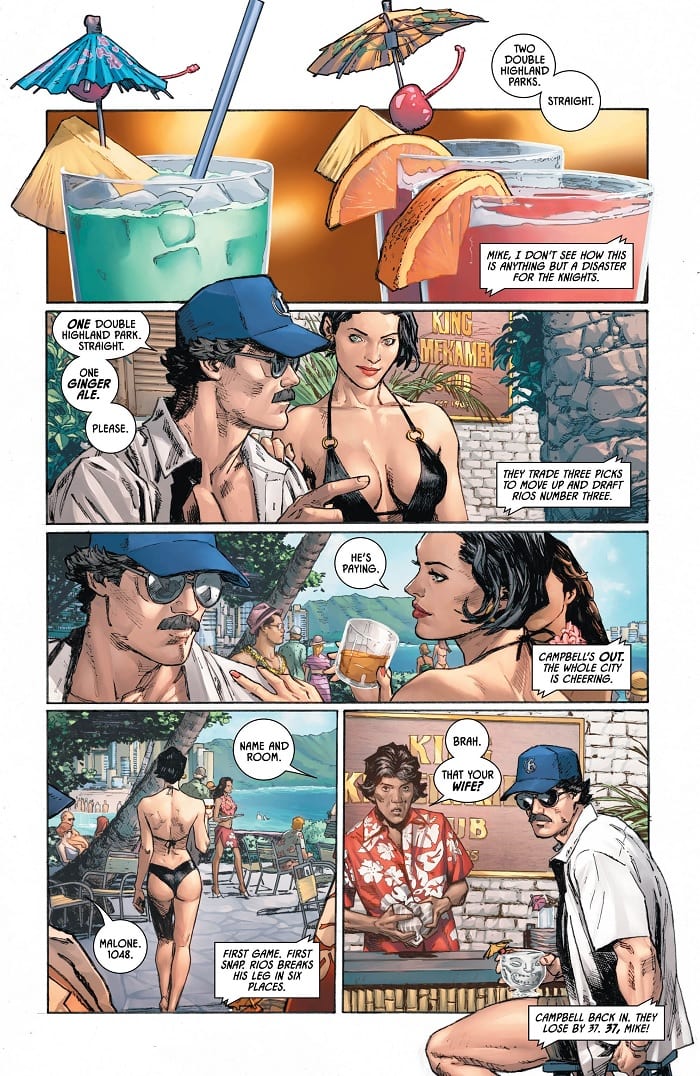 Batman #78 is an interesting and compelling story on its own. It might have been better suited placed a couple of issues earlier, though, as it creates some tonal clash following from our last issue.

Sailing Away With Bat & Cat in BATMAN #78BATMAN #78 is interesting and compelling on its own. It's placement within the larger narrative feels wrong, though, creating tone problems coming off our last issue.