Review: AQUAMAN #51: Aquaman Teams Up With Aqualad, The Son Of Black Manta

When readers last saw Arthur Curry, he was adjusting to life back in his hometown of Amnesty Bay, Maine after a brief stint with the Old Gods. Most of the townspeople welcomed the oceanic warrior back with open arms, but many held strong reservations about his new deity friends. Their differences seemed to scare people. Unfortunately, this prejudice was directed toward another newcomer who happened to be Jackson Hyde, a.k.a. Aqualad, the son of the villain Black Manta. AQUAMAN #51 from DC Comics, available in stores Wednesday, August 21, tells the story of his reintroduction to Arthur.

Kelly Sue DeConnick Jackson is a kid struggling to shape his identity. Aside from struggling with the normal issues every teenager faces, his villainous father makes it particularly difficult for the young hero to carve a good reputation for himself. To make matters worse, the authorities of Amnesty Bay find Jackson be a “suspicious individual,” a classification the duo suspect implies something more. 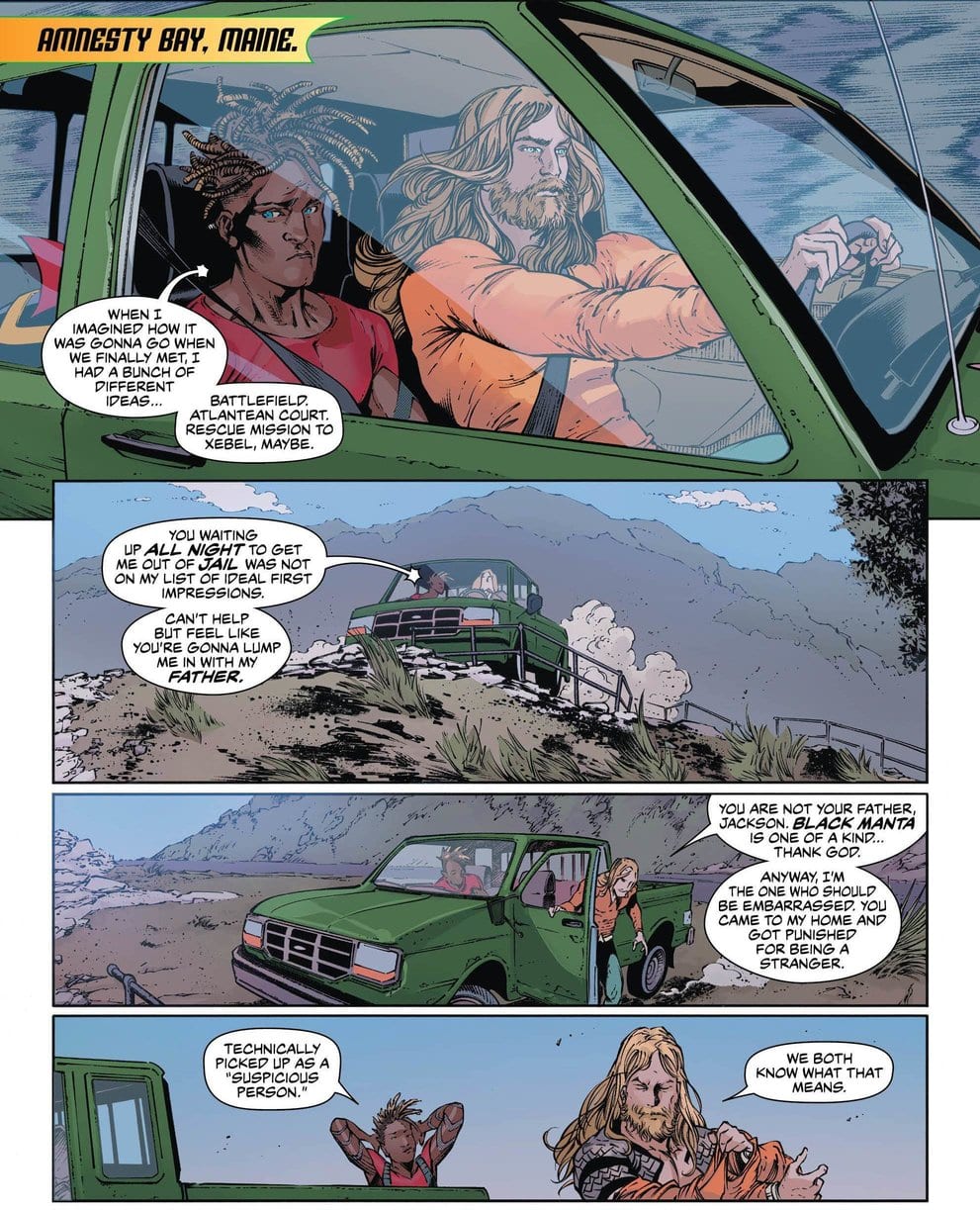 Jackson is a complex yet relatable character that often serves as tempered foil to complement the more adventurous Arthur. He’s a cautious person who takes the time to think things through before acting on impulse. That’s why it’s great to see the more seasoned hero help his companion ease his mind after experiencing such awful treatment from the town. Part of this process involves helping the Old Gods build a home for themselves on the Island of Amnesty, which allows for a perfect bonding opportunity between Jackson and the others who are considered outsiders.

Readers will enjoy viewing these worlds collide, but DeConnick won’t let them forget about Queen Mera and the upcoming royal wedding ceremony taking place in Atlantis. It’ll be interesting to see how she conducts her role as ruler without Arthur by her side. But the challenges he and Jackson meet in this story tells us the sea isn’t done with him yet.

Clayton Cowles’ lettering is the standout feature of this issue. His placement of the letter boxes is almost magical in that it creates effects of both movement and sound. For instance, the panel depicting Arthur diving off a cliff shows a speech box for the exclamation “Follow me!” that looks like a standard oval, that is until the reader traces a long, narrow deviation that follows him as he plummets to the water below. This helps the reader feel the effects of Arthur’s descent by helping them imagine an extended echo all the way down. 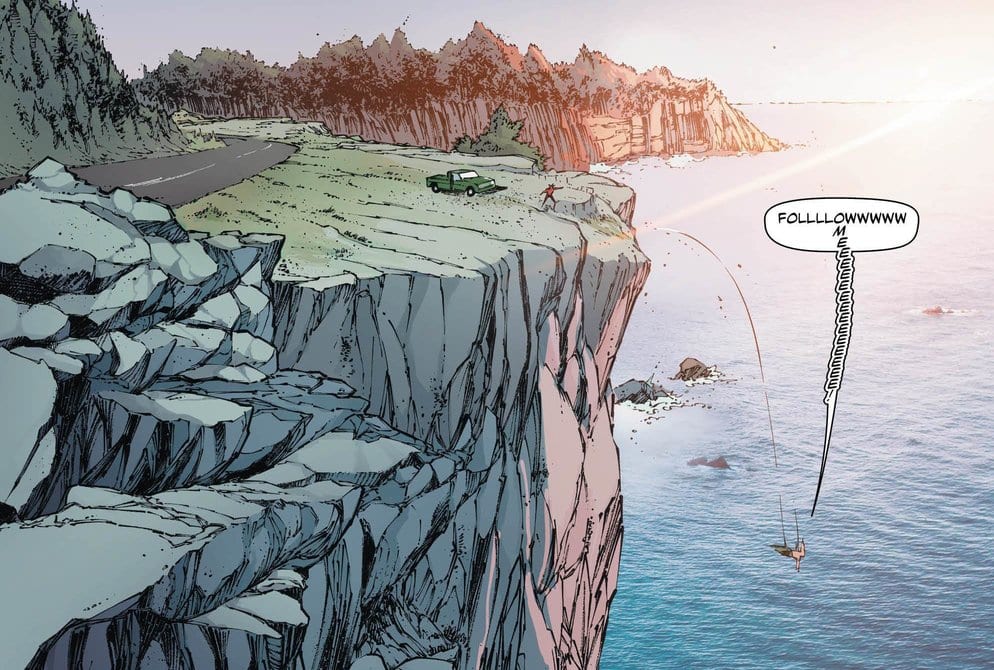 Rocha, Jason Paz, and Alex Sinclair’s depicts Arthur fighting a mechanized version of BLack Manta, giving readers a sense of conflict coming our heroes’ way. Josh Middleton’s variant cover, on the other hand, shows Arthur swimming peacefully with a school of stingrays, emphasizing his renewed carefree attitude upon returning from the “dead” in recent issues.

In AQUAMAN #51, DeConnick brilliantly brings back a fan favorite character while speaking to the real world issues of prejudice and self-identity. We’ll have to wait and see how the duo face the challenges ahead.

What did you think of Aqualad’s reintroduction? Let us know in the comments below!

DeConnick brilliantly brings back a fan favorite character while speaking to the real world issues of prejudice and self-identity.Review: AQUAMAN #51: Aquaman Teams Up With Aqualad, The Son Of Black Manta