Review: Immigrants From The Sea Arrive In Amnesty Bay In AQUAMAN #50

Arthur Curry has fought elemental beings, befriended gods and goddesses, and regained painful memories of his accidental death at the hands of Mera, all in the past 10 issues. And now it’s time to bring him home. Writer Kelly Sue DeConnick uses AQUAMAN #50 as a springboard for Arthur’s reintroduction to his friends and home in Amnesty Bay, Maine. But with his new Old God friends in tow, how will they react? 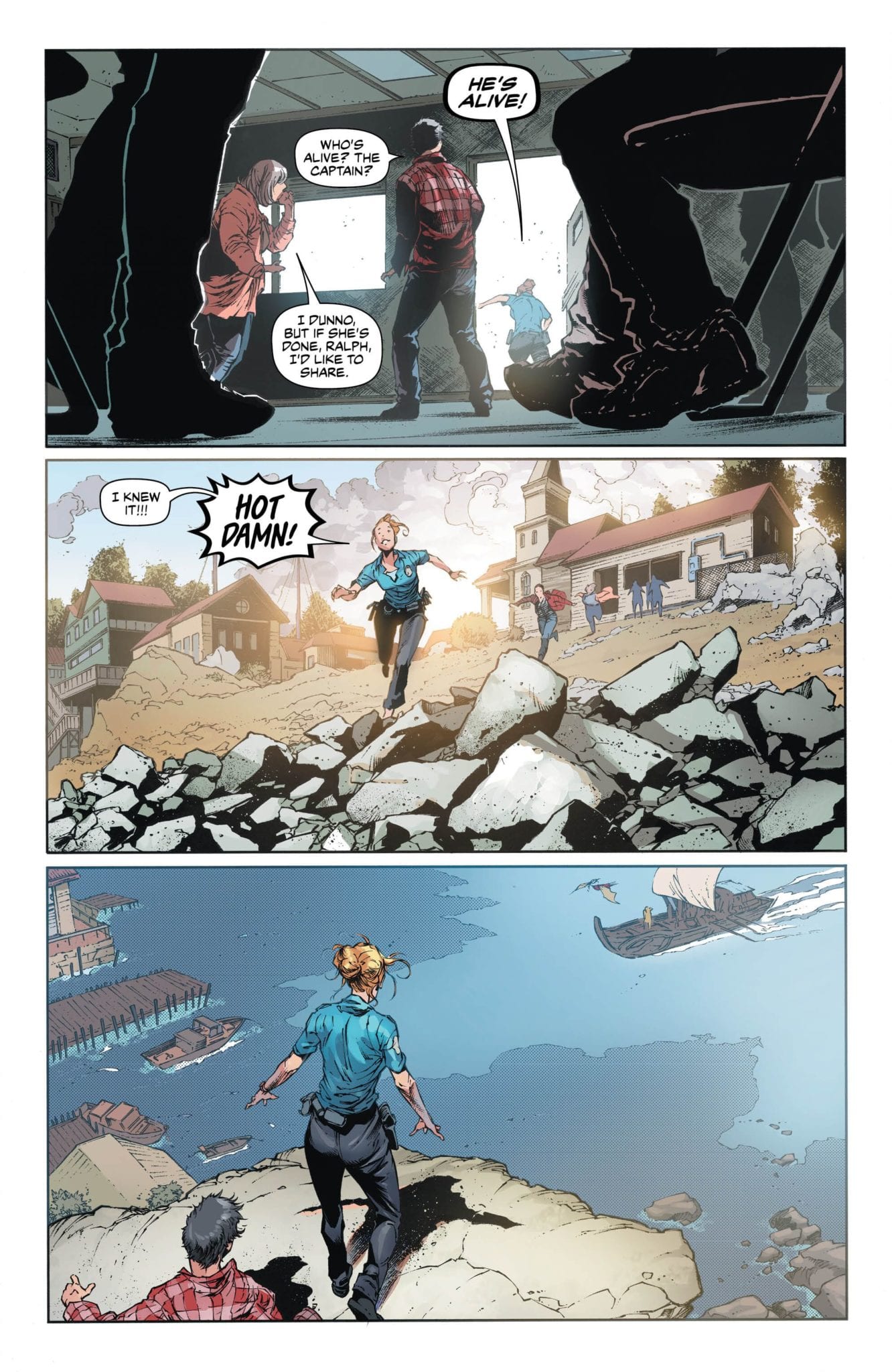 The people of Amnesty Bay have long witnessed the incredible feats and powers of their hometown hero, but none of them could have prepared for his return from the grave. Every shop owner, newspaper, and government official wants nothing more than to hear from the man himself, especially now that he’s accompanied with mysterious strangers. Fortunately for Athur, Diana Prince, a.k.a. Wonder Woman, arrives on the scene just in time to divert the crowd.

DeConnick uses this moment to relay a powerful message through Diana in the face of fearful questions from the crowd. When someone claims the town has a right to know who “these people” are, the warrior delivers a topical yet timeless response. She replies, “I come from a small community. We don’t receive many visitors, but every once and a while a wanderer does find our shores. When that happens, it is not our custom to begin with demands of who they are or where they come from…we begin with, ‘How can we help?'”

The story then places a focus on Arthur and his attempt to acclimate his new family to the small town, but this is cut short after the gods listen to a tale of a mysterious lighthouse. They realize location described may be the perfect locale for the time being and rush over to the area. But what mysteries could be hiding there? And how will Arthur decide whether to stay with the gods or attempt to reach out to Mera in Atlantis? These questions and more are explored in this brilliant addition to the AQUAMAN line. 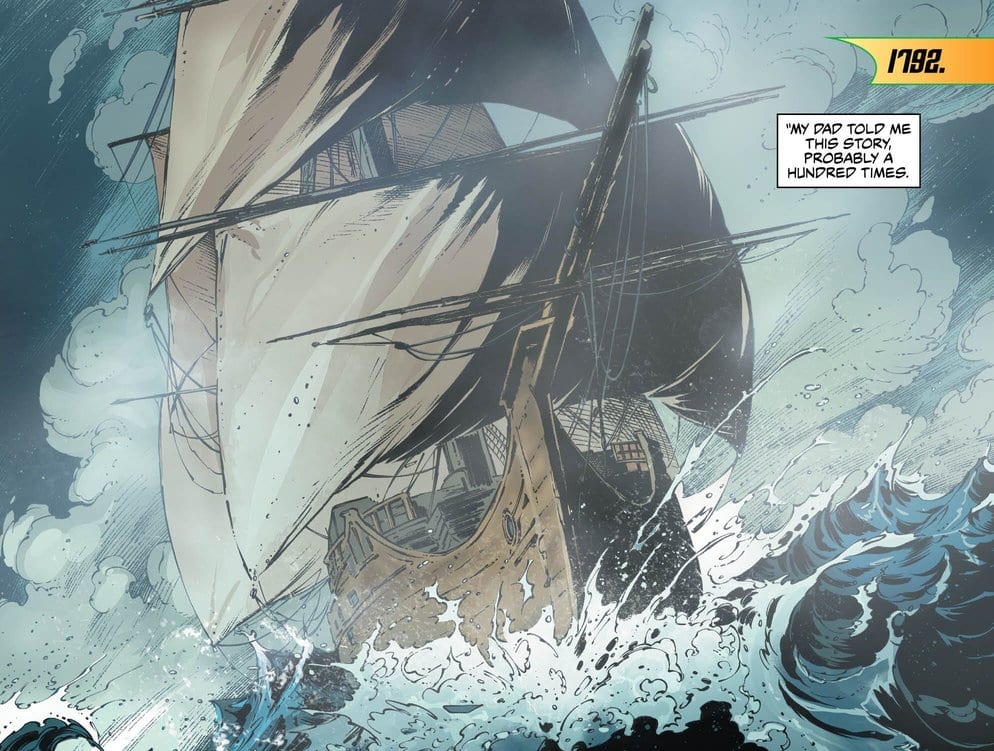 Robson Rocha and Eduardo Pansica’s pencils, combined with Daniel Henriques and Júlio Ferreira’s inks, give readers a feel for Amnesty Bay through their incredible sense of detail. From the wooden piers to the local bars, the artists immerse one in the harbor town.

Sunny Gho’s colors stand out in this issue as well. Giving Arthur a mixed palette of bright and earthy tones, we can visualize him as the connection between life in Amnesty Bay and the superhero world represented by Diana’s arrival.

Clayton Cowles’ letter boxes are placed in a non-traditional format as it they are following the flow of the story’s action. This is particularly effective in slowing down the reader’s reading speed so they may take in each scene.

Rocha, Jason Paz, and Alex Sinclair’s main cover shows an ominous illustration of Black Manta sneaking up on Arthur, giving readers a sneak peak at the next villain the face the aquatic hero. Josh Middleton’s variant cover takes this theme further by featuring a reflection of Arthur and Mera in the foe’s mask to establish these characters as the focal point of the new story arc.

AQUAMAN #50 does a great job of melding Arthur’s new friends – the Old Gods – with his friends and family in Amnesty Bay. It’s the perfect bridge between the previous storyline and the plot DeConnick is setting up with the lighthouse tale.

What did you think of Arthur’s return to Amnesty Bay? Let us know in the comments below!

AQUAMAN #50 integrates the previous storyline seamlessly into this new direction. Arthur Curry returned to the world from the brink of death, but it's clear he's arrived with a new perspective.Review: Immigrants From The Sea Arrive In Amnesty Bay In AQUAMAN #50