From writer Sindre Finnøy and artist John Barry Ballaran, Anubis: Dog of Death #1 will soon be available to support on Kickstarter.

What is it about cute, small creatures with diabolic tendencies that we can’t seem to get enough of? Characters such as Stewie Griffin on Family Guy, Brain on Pinky and the Brain, and Plankton on SpongeBob SquarePants have entertained us for decades with their plans of world domination.

Enter Anubis, the ancient Egyptian God of death and the afterlife, who happens to find himself trapped in the form of a fluffy puppy. 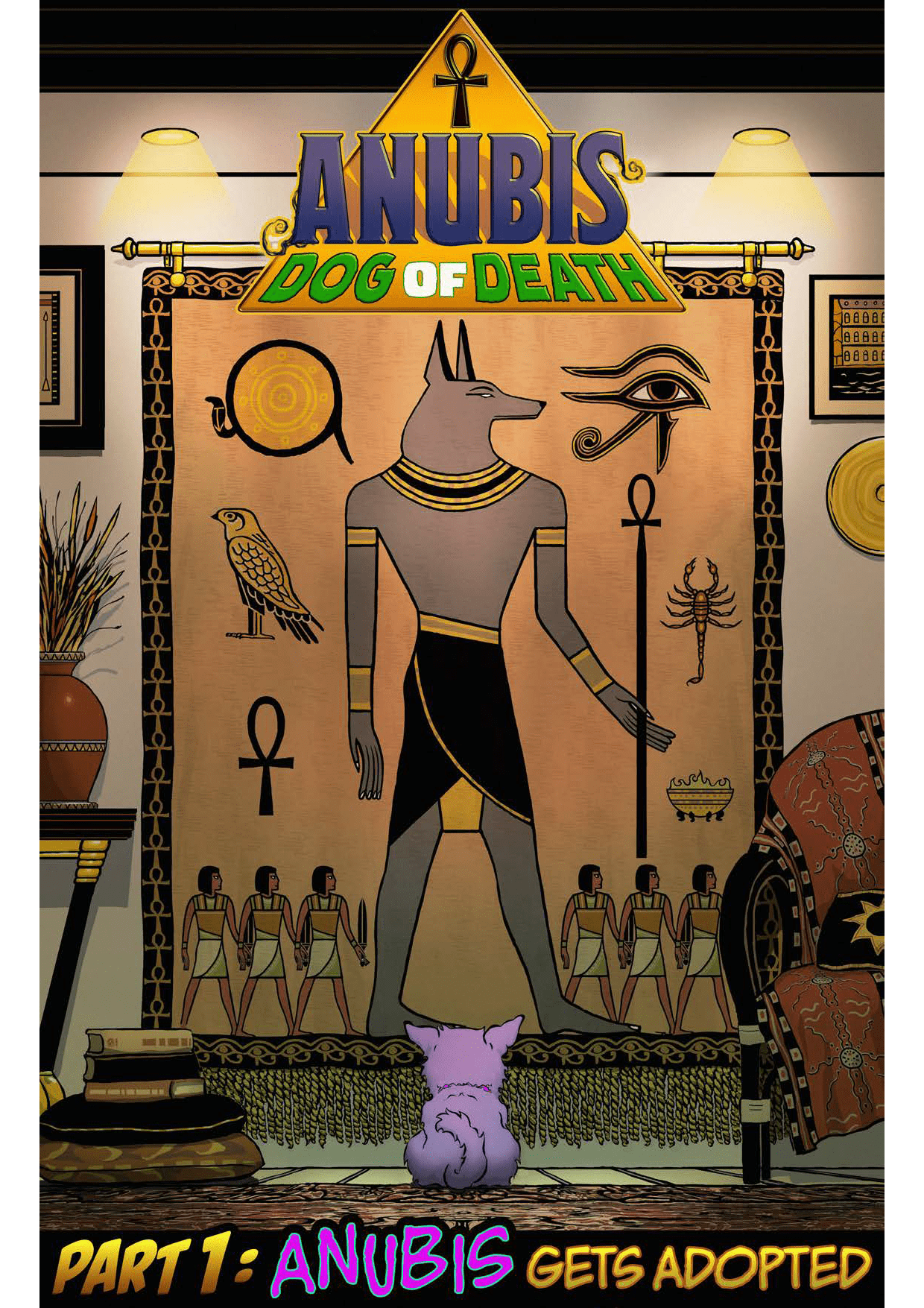 Anubis: Dog of Death is an action comedy series about the Egyptian god of death, doomed to an existence as a tiny purse dog in modern-day L.A.

Writer Sindre Finnøy successfully manages to craft a well structured first issue, giving us a succinct set-up to this world and its primary characters, as well as with what we can expect to come. Finnøy gives us these brief glimpses back in time, when Anubis was ANUBIS, in all his destructive glory. Those moments are used to comically juxtapose his present status, as a helpless canine who wants nothing more than to return to his former God self and bring death and destruction to the world.

John Barry Ballaran’s artwork in Anubis: Dog of Death adds to the humor and charm of the story. He’s drawn the titular character as a cute and scruffy dog, with purple fur and big eyebrows that really help makes him expressive and downright sinister. The pages taking place in Ancient Egypt are also worth noting. They are full of action and unique layouts to help showcase the calamity of war.

All in all, Anubis: Dog of Death #1 is a fun, light-hearted read with a unique take on a familiar character trope. Pick it up and enjoy!

You can support the team behind Anubis: Dog of Death by donating to their Kickstarter. 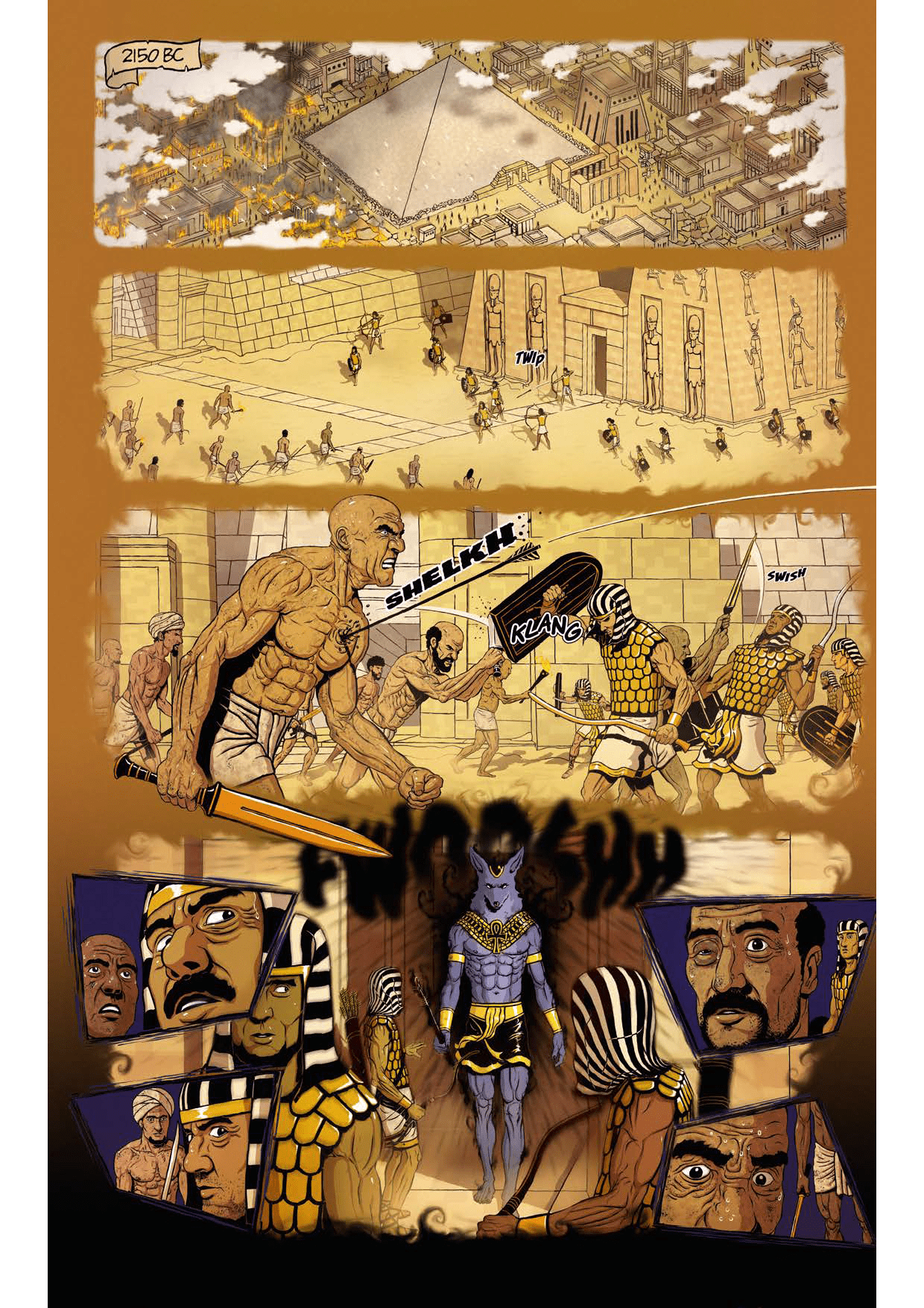 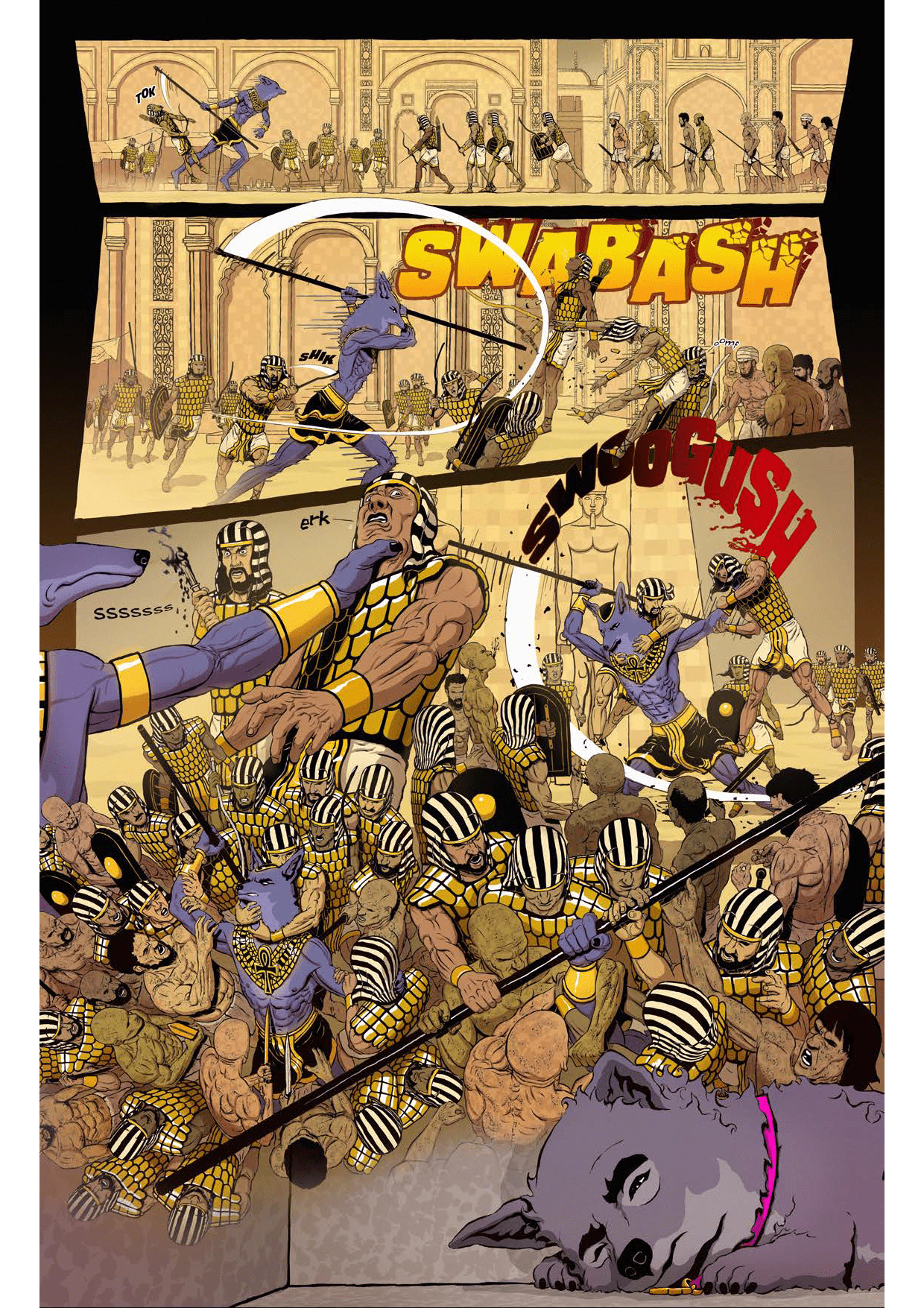 All in all, Anubis: Dog of Death #1 is a fun, light-hearted read with a unique take on a familiar character trope. Pick it up and enjoy!Kickstarter Review: ANUBIS: DOG OF DEATH #1