Wherever you think this is going to happen…you’re going to be surprised. The writers sure were, at least, as suggested by the last pages of Amazing Spider-Man: Full Circle, out this week from Marvel Comics. “Seven teams of Marvel’s most creative contributors crafting an all-new adventure of the Amazing Spider-Man in a round robin style,” explains the book’s opening page. “No road map. No contact. No plan. Just a whole lot of prayer.”

Spidey’s recruited into a special S.H.I.E.L.D. operation by Nick Fury. After just a few pages, we have space werewolves launching a full-out assault on a Florida amusement park…and after that, things start getting weird. 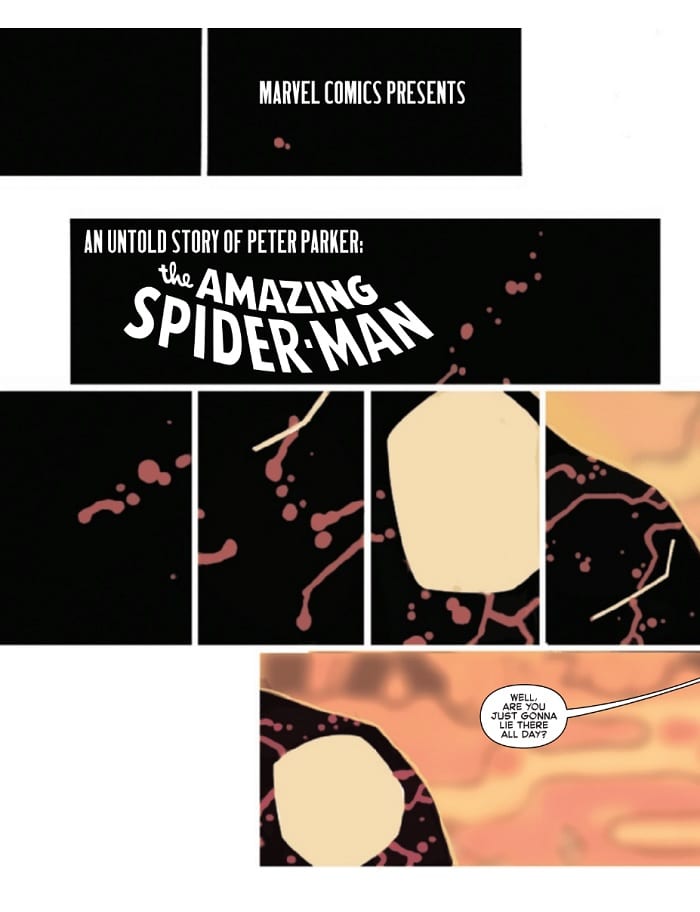 The creative teams behind Amazing Spider-Man: Full Circle assembled this 88-page story using a collaborative method similar to the exquisite corpse. As in the novel Naked Came the Manatee, each writer crafts a short sequence, before handing the story off. As such, it’s hard to gauge the work in terms of standard craft elements.

Despite the unconventional approach, the end result is a surprisingly-compelling take on Peter Parker’s story. The book touches on some of the character’s foundational concepts in a fresh and interesting way, with a story unlike anything you’ve likely read before.

John Hickman begins the narrative with a fairly straightforward S.H.I.E.L.D. adventure. From there, the story immediately deviates into a fast-paced and surreal comic adventure. Gerry Duggan’s first page opens to Pete falling through space next to Peter Porker (aka Spider-Ham). And, at that point, we know we’re off to the races.

There is plenty of quick, snappy, and funny dialogue in each chapter of Amazing Spider-Man: Full Circle. It’s undeniably fun, with the humor and the bizarre story being enough to make the book worth picking up. Truth be told, I never thought I would see a bespectacled werewolf scientist greet Spider-Man with the line “Come with me if you want to learn.” However, despite its disjointed and deliberately unplanned nature, a broader and fairly insightful narrative takes shape within these pages.

Pete’s guilt and resulting sense of responsibility are prominent themes in the story, as is the way in which a single, seemingly-minor decision can alter the world in profound ways. His conscious eats away at him; the pigs, the man in the box…all keep reminding him of Uncle Ben’s death and how it’s his fault. Ultimately, though, the book’s thesis boils down to one simple truism: you can’t change the past. You can only try to live a better present. 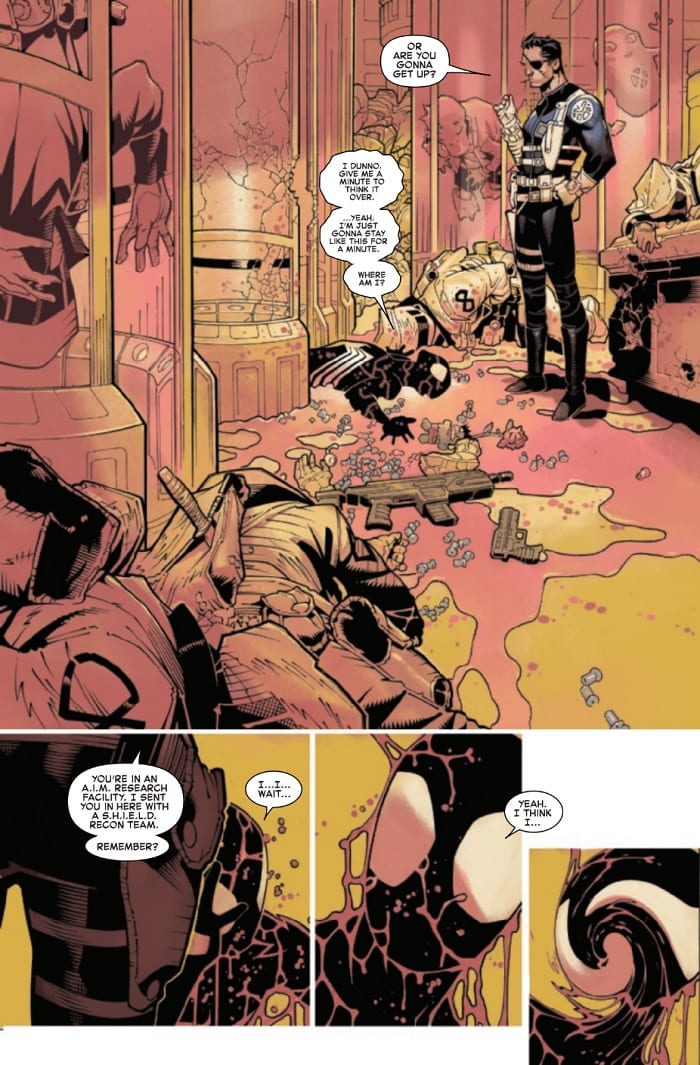 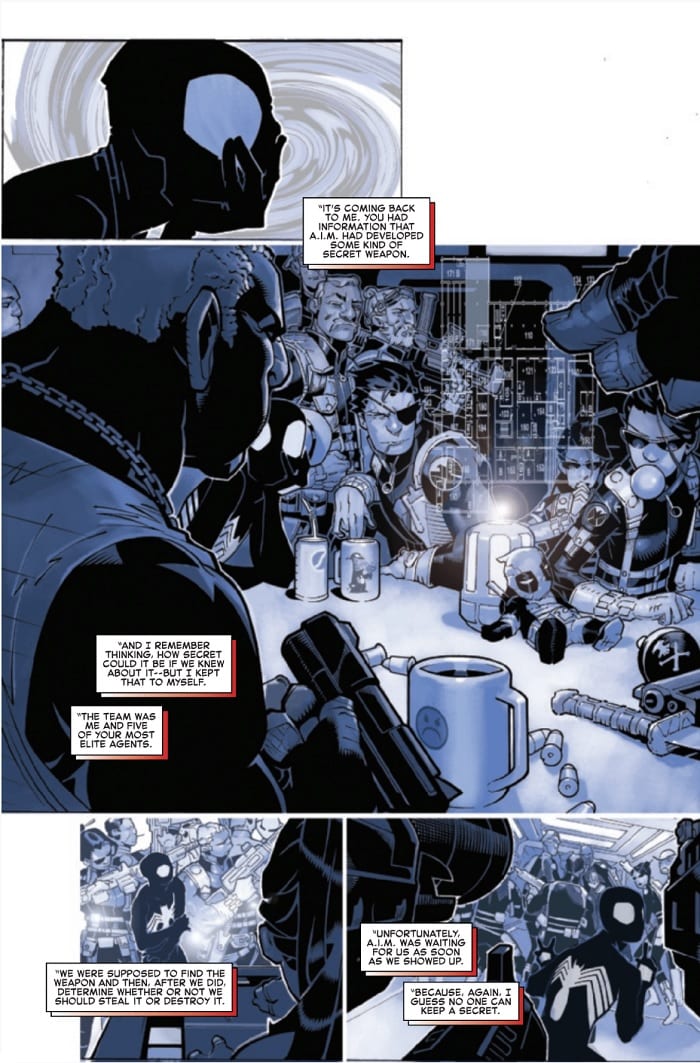 Overall, the artwork in Amazing Spider-Man: Full Circle is an accomplishment as impressive as the writing.

The art styles on display are as varied as the storytelling. However, the work manages to come together in a cohesive manner. There are no jarring stylistic breaks, and despite involving the talents of well-over a dozen pencilers, inkers, and color artists, the images within flow well from page to page. That, on its own, would be worthy of merit. However, the art teams at work here manage to elevate the images beyond that standard, turning in genuinely great work.

The book offers readers a sampler platter of some of Marvel’s best artists. We see everything from Michael Allred’s heavier, almost vintage-styled linework, to animated and highly-dynamic work by artists like Valerio Schiti and Chris Sprouse. One notices the change in style from one segment to the next, but it never feels off-putting.

The same goes for the color tones employed. We can shift fluidly from a stylized palette of greens and yellows, to one of more naturalistic color and back again. However, each colorist’s palette features a balance of these elements to make things feel like a cohesive, planned work. 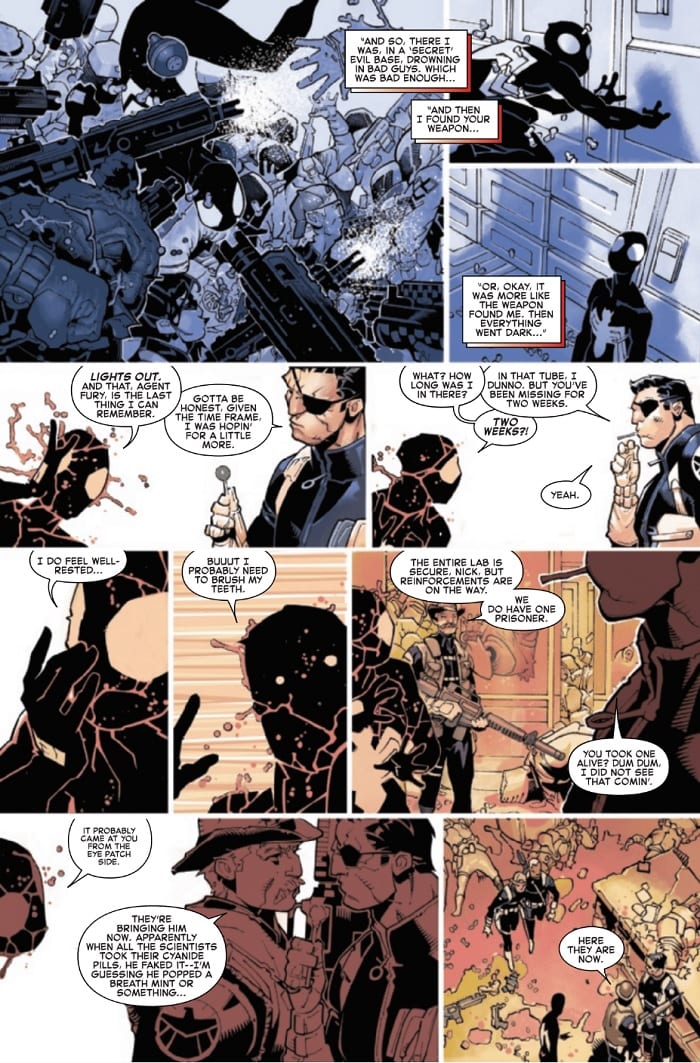 Amazing Spider-Man: Full Circle is one of the most novel, creative, and interesting Marvel comics of 2019. In the words of Peter himself, “it was pretty convoluted”…but we mean that in the best way possible.