Review: A Case Of Identity Crisis Arises In CAPTAIN AMERICA #24

CAPTAIN AMERICA #24, available in comic book stores on Wednesday, October 14th, follows Sharon Carter as she comes to terms with her de-aged body. It offers readers an intriguing look at someone learning to embrace a new way of living. But another person finds themselves in the middle of their own identity crisis. And this familiar character could prove to be a thorn in our heroes’ sides.

Our story opens with Aleksander Lukin, former foe of Captain America, waking up in a cold sweat. The former general notices the consciousness of the Red Skull arising in his mind once again. Long time fans of the character know these two villain’s history, and this reintroduction was particularly jarring. Readers will no doubt wonder how this affects Aleksander’s self-identity going forward.

The tale abruptly shifts to Sharon and Steve Rogers’s training facility. Here readers get to see one of Marvel’s favorite couples in a 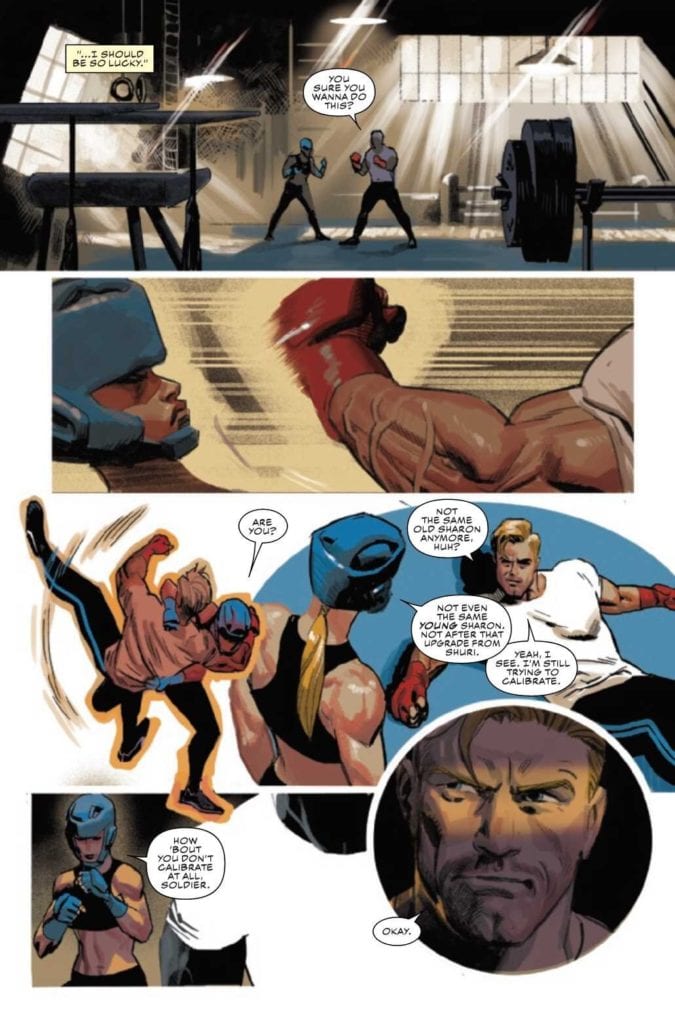 Writer Ta-Nehisi Coates masterfully weaves together Sharon and Steve’s storylines into one cohesive whole. We also loved the continued focus on the ramifications of events as far back as Secret Empire, as well as recent encounters with Selene and the Power Elite. But the most exciting aspect is the looming presence of the Red Skull. 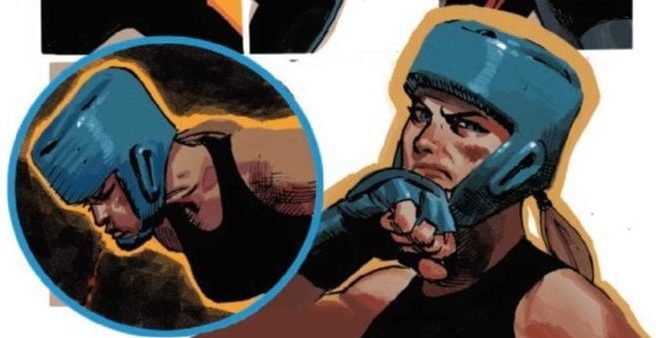 Daniel Acuña’s penciling, ink work, and coloring is perfectly suited to showcase Sharon and Steve’s many sparring scenes. The outlines of each character flow smoothly from panel to panel to show their motion. And VC’s Joe Caramagna’s lettering works in tandem by placing the word balloons along their shifting forms. We also loved the ominous themes generated by the gloomy background shading throughout Aleksander’s scenes.

CAPTAIN AMERICA #24 opens up doors to old foes and new possibilities. And we were thrilled to see Sharon in action once again.

Do you think the Red Skull is coming back? Let us know in the comments below!

CAPTAIN AMERICA #24, available in comic book stores on Wednesday, October 14th, follows Sharon Carter as she comes to terms with her de-aged body. It offers readers an intriguing look at someone learning to embrace a new way of living. But another person finds...Review: A Case Of Identity Crisis Arises In CAPTAIN AMERICA #24