Review: A Battle Between Sonic Vs Eggman Is Center Stage In SONIC THE HEDGEHOG #23

The zombie tropes take a back seat in this issue of Sonic The Hedgehog from IDW so the team of Ian Flynn, Jack Lawrence, Matt Herms, and Shawn Flynn can focus on a long-awaited battle between two great rivals. Does a fight between Eggman and Sonic come at the right time or is it too much distraction from the Zombot storyline?

“The Last Minute,” Part Three! Sonic has been infected by the Metal Virus, and so far the only thing keeping him from going full-on zombot is his incredible speed… but how long can that last? 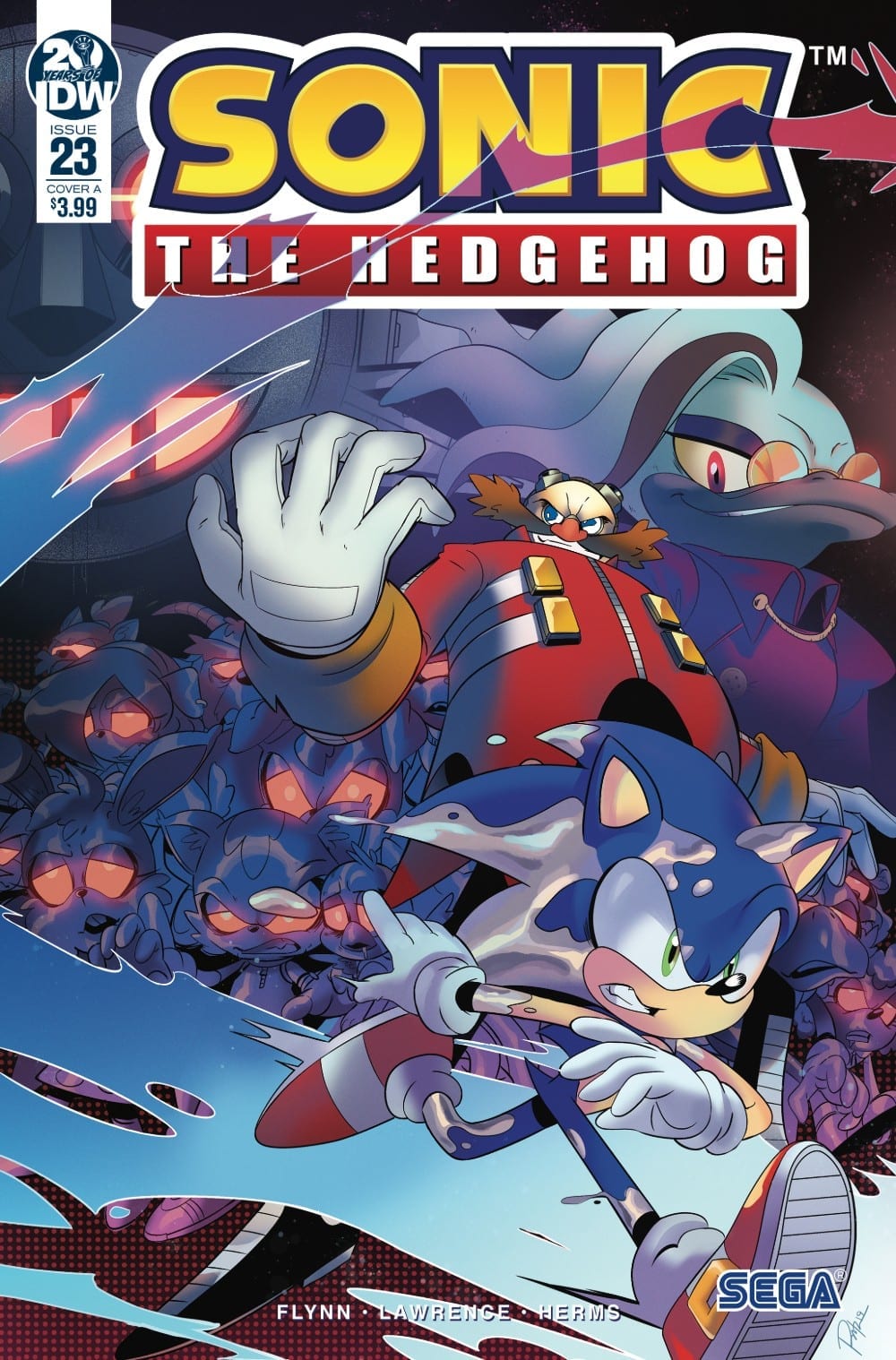 By taking a break from the zombie tropes this issue of Sonic The Hedgehog instead focuses on a bit of character drama. First, the conflict between Dr. Starlite and Dr. Eggman intensifies, as it is becoming painfully obvious Dr. Starlite is not impressed with the methods of his superior. Second, a battle between Sonic and Dr. Eggman which reminds everyone what happens when these two go all out against one another in combat. It’s a welcome sight to see, much like how when Batman faces off against the Joker or Iron Man fights the Mandarin. Watching old enemies face-off never gets boring when its the first time in a long while.

Ian Flynn really knows how to work in the character drama. Just before their fight, Sonic tries to remind Dr. Eggman of his past. As his time as Mr. Tinker when he didn’t have his malicious nature and was instead just intent on helping others. It’s a great series of panels and really shows how to deal with making sure characters have emotional moments during intense moments. 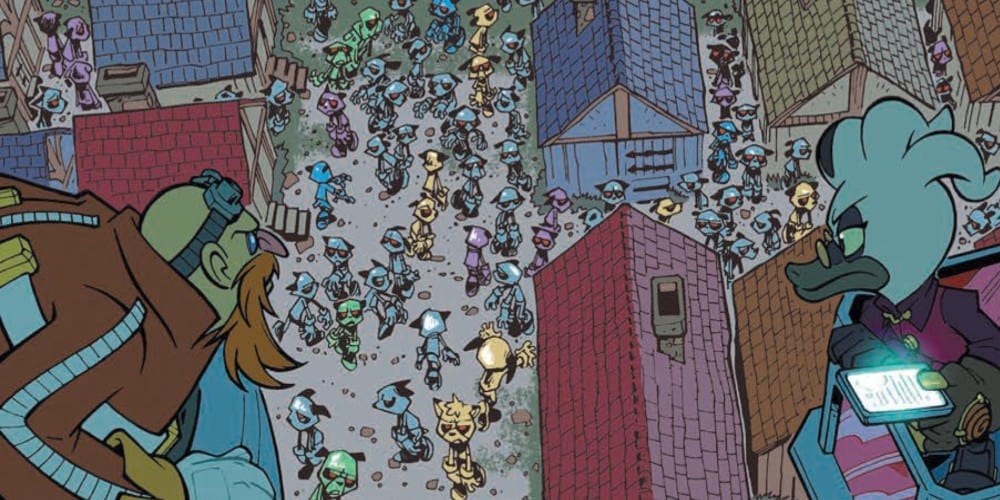 The art by Jack Lawrence helps to nail down the emotional conflict taking place in this issue. He makes sure to use some great facial expressions to show the growing tension between Starline and Eggman. There also are some great looks on Sonic’s face as he deals with the desperation he is feeling having his back to the wall constantly.

With Matt Herms on colors, the book has a great shift to it. Between the changes of the action scenes to the gloom representing the oncoming hoards of zombots, there is a distinct contrast form panel to panel. It helps to make each page unique and lively. 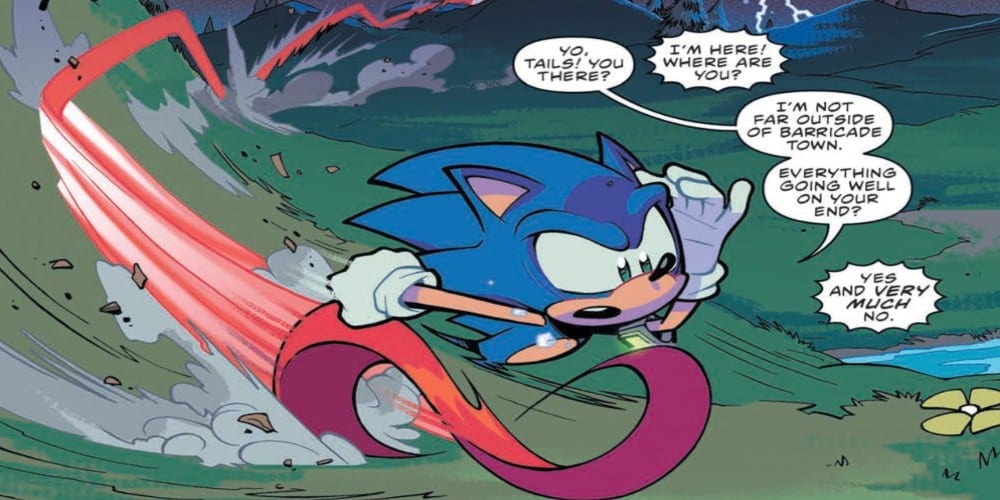 The lettering by Shawn Flynn adds a distinct atmosphere to the issue. From the different sound effects to proper formatting of bits of dialogue, the work makes everything line up just right.

Though the Zombots don’t get a lot of attention in Sonic The Hedgehog #23, a good fight between Sonic and Eggman is always welcome. Especially as the breakdown of Dr. Starline’s respect for Dr. Eggman showcases how he may be making a power play in the future. As long as the quality is kept at this level, fans will have something to look forward to in future issues.

A classic battle between two great rivals is aided by solid art. Review: A Battle Between Sonic Vs Eggman Is Center Stage In SONIC THE HEDGEHOG #23