My Kickstarter binge is at Mach 5 as of late. I participated in the recent Monkeys Fighting Robots fundraiser because, of course, I did. Another one I gave some money to and just recently got in the mail was Odd Tales From the Curio Shop from Rocket Ink Studios. The story focuses on the Shopkeeper, portrayed by Brian O’Halloran, who brought Dante to life in Kevin Smith’s Clerks, as well as Mallrats, Clerks 2, and the recent Clerks reboot.

The black & white graphic novel is written in the style of the old EC Comics like Tales From the Crypt and The Vault of Horror with O’Halloran drawn as the Shopkeeper. You, as the reader, are looking through the wares at his curio shop. Each time “you” motion towards an object, the Shopkeeper provides its back story. 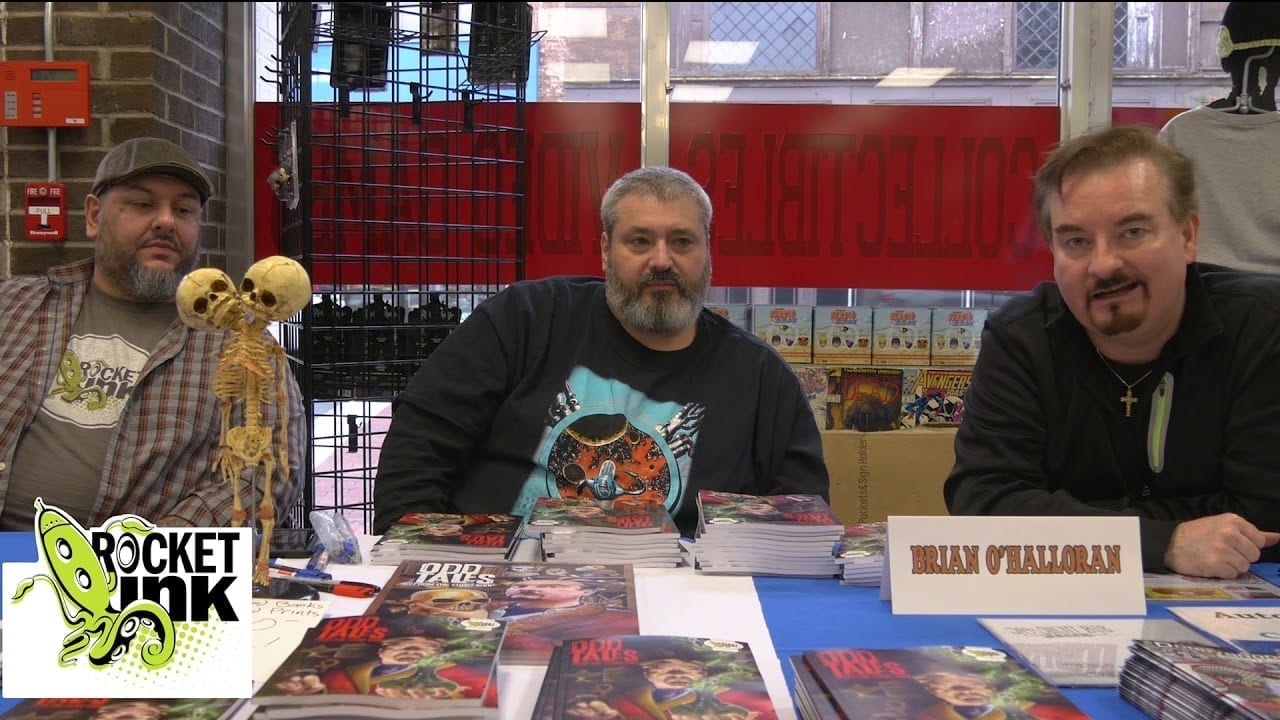 There are six stories with a prologue/introduction and an epilogue. Each tale either has a moral attached to it (think “Monkey’s Paw”) or has a twist at the end in true horror comic fashion. The stories range from that of a ghostly janitor to a graphic tale regarding the Spanish Inquisition. The Shopkeeper provides the prologue and epilogue to each, and a good time is had by all.

There are some issues with the book. There are typos, there are odd quotation marks in some of the word balloons, and a couple of the storylines fall a little flat. That being said, it’s a great read in the spirit of genuinely independent comic books. These are creators who are building on their craft and have produced something they can use to showcase their talent.

Hands down, the best art in the book belongs to Bill Maus & “Family Connections.” All the artists included in this edition are talented, but Maus has the combination of clean lines and a unique appearance that should have him working on a Big 2 book. Story-wise my favorite is “Unconditional” by Kasey Pierce, which takes a couple of reasonably familiar tropes, but makes them horrifying as a new tale. 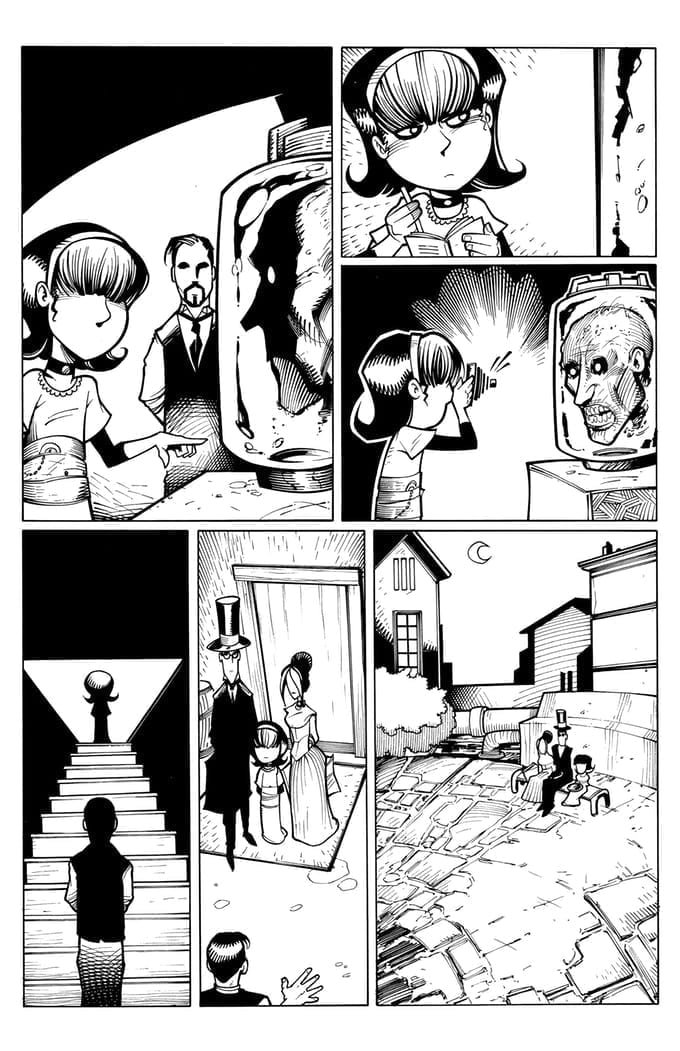 Odd Tales from the Curio Shop is worth the money I paid for it, the measuring stick for art. I’ve read better comics, but for a Kickstarter project from a small publisher, it’s a fun read and worth the time. Plus, any time creativity and art can be funded and supported by the public, everyone wins.

Have you read Odd Tales from the Curio Shop? If so, let us know what you thought in the comments below!