Music In Comics: Breaking Not Just The Sound Barrier

The music scene and the comic book industry have been trying to sing in harmony for quite some time, but they might finally be singing in tune now.

Some artists like Gerard Way actually take the time to make comics. A few comics like Murder Falcon and Gunning For Hits have soundtracks. However, unlike animation, these mediums seem to lack a synthesis. That’s mainly because of the pacing. However, “Z2 Comics” announced a new project where these mediums fuse. Is the graphic album the future of comics, or is it just another gimmicky business venture that will fail?

Z2’s Graphic Album project combines the company’s graphic novels with song albums. Starting in 2017 with Murder Ballads, the stories feature a soundtrack that users can only get with the book. The move is a success as more musicians like “BABYMETAL” and “Poppy” join the fray.

Believe it or not, Z2 is the second to come up with this idea. Skin & Earth by “Lights” gets that honor. The series is an example of parallel storytelling where songs from the album translate into pages. At times it also works vice-versa. Unfortunately, that same method also has flaws. Without a viable means of allowing one to exist along with the other, the album trumps the trade. Because who would want to spend extra money on something they might not want? Z2 avoids this with the songs only available with the graphic albums.

Music is a wider-reaching industry compared to comics. One of the reasons it’s so successful is because of how flexible its reach is. In comparison to visual media, audio allows users more diverse uses. Being a mostly hands-free medium, consumers use it for activities like exercise or mood settings. That latter part is why soundtracks are an essential part of movies. With comics taking a more cinematic approach like in The Authority and The Ultimates, why not include soundtracks?

One of the earliest examples available is Buffalo Speedway by “Yehudi Mercado.” As a tribute to the 90s pop culture, the initial releases include a mixtape. Naturally, the music doesn’t work out with the rise of digital media.

On that note, some alternative comics use those mediums in their comics. Gunning For Hits, for example, has a Spotify playlist prepared by “Jeff Rougvie.” Murder Falcon, on the other hand, features songs written by “Daniel Warren Johnson.” All of which are available online to play and download. Each series appeals to people’s love of music, from how the industry works to how it moves people. Unfortunately, there are some inherent flaws.

The Gap Between Rhythm and Panels

Aside from the obvious physical limitations of the mediums, the main problem is pacing. The tempo of a song is something that a user acclimates towards. Still, images meanwhile have people go at their own pace. Compare this to live-action shots or animation, and you find the inherent problem of this implementation. Fortunately, there is a way around this.

Music and comics are unique languages, and like all languages, they can be translated. Music’s components are pitch, rhythm, dynamics, and timbre. Comics are more complex in terms of layout, elements, and concepts. Comics scholar “Mikayla J. Laird” explains panel’s relationship with time. Rhythm is the best translation with those pieces. Everything else like gutters and tiers helps set the tone and pace as explained by “Scott McCloud,” hence, why dynamics and timbre suit them. Splashes or spreads, meanwhile are best for big emotional scenes; these require pitch and dynamics.

Then there are those elements like speech bubbles and captions. Those tend to take up the most time in pacing. That makes it the hardest to translate into music, but not impossible thanks to harmony, articulation, and dynamics. Sound effects, however, take up less time and also set the tone. Unlike gutters, the stimulations combine with the visuals for a unique sensation. As such, the best translations for this comes from timbre and dynamics.

Concepts, on the other hand, are dependent on the reader. Closure, for example, requires background knowledge while encapsulation captures the prime moments. For this, it’s going to require various combinations of musical components. Even then, there is still the wall of the human psyche.

It is next to impossible for physical comics to combine with music without help. 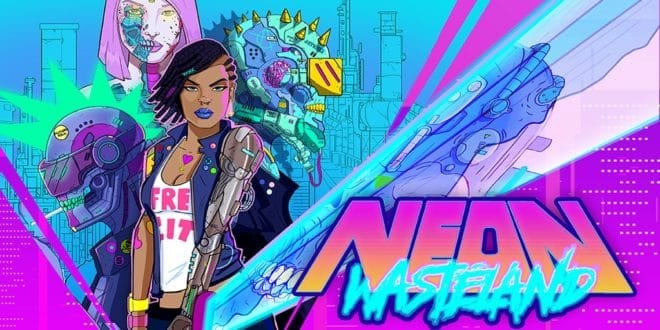 Let’s look at augmented reality. Marvel AR did not pan out well since it was little more than a digital pop-up book. However, Neon Wasteland by “Rob Shields” leads that field with a comic book that combines with interactive gaming. While it lacks complex sound effects, a musical loop combines with the game to create an immersive experience. That way, readers will feel like the game isn’t beginning or ending.

Motion comics seem like a more viable way of incorporating sounds. “Madefire Comics” has an entire brand in dedication to this. The sound effects and background music create a truly immersive experience. It even extends to virtual reality. Entire songs, however, require these experiences to act more like videos.

What About the Visually or Hearing Impaired?

Then there is the obvious problem that comes with sensory disabilities. How can anyone appreciate art if they can’t experience it the way others do? Nothing to worry about, people always find away. Comics Empower was a website that sold comics while telling stories through audio. Unlike podcasts or audio dramas, though, the experiences of reading a comic are on record. Unfortunately, the website is between ownership at the moment.

That’s all well and good but what does that have to do with music? Deaf people experience musical stimulation by feeling vibrations. That actually presents an idea on how every kind of person can experience more immersive comics; music and all.

For that matter, a couple of Line Webtoon‘s comics actually feature built-in music (DICE and Room of Swords), and fewer have vibration features (Chiller). Naturally, most of these features require a smartphone. The vibrations are also not very sophisticated for a full experience. Yet some Galaxy phones (e.g., S9) have touch screens with vibrational feedback. Technology marches on, and the possibilities are endless.

Ready For The Encore?

Comics and music are art forms that require a distinct understanding of one medium and translating it to the other. It’s a very difficult thing to master. But time marches on and people build upon ideas. The “Graphic Albums” of Z2 have so far have been successful with Eden as a best-seller. However, only time can tell if this will remain a success.

But what do you all think? Is this just going to be another failed fad, or could something come out of this? Leave your comments below.