Marvel’s Secret Empire Will Cost Ya $55 In May

Marvel must rack up a lot of macitence costs polishing those massive, brass balls of theirs. That’s only explanation I can think of as to why their upcoming crossover event, Secret Empire, is so damn costly. May will release the end of the Captain America Hydra Agent storyline that caused so much controversy last year. Yesterday’s solicitations for the month of May revealed upcoming plot details, artwork, and costs for the big budgeted, super-mega, crossover event. And yes, if we add all the comics that are connected to Secret Empire, it comes out to 55 dollars.

Let’s crunch the numbers! Each title below will have the exact price next to it, the numbers on the right (in parenthesis) will be the former number rounded up for simplicity’s sake. At the bottom I’ll add everything up for you, because I’m sure Math is the last thing you want to think about.

I’ll also include the plot descriptions and page numbers incase you’re curious. But, click here for a complete list of May’s solicitations.

Quick note: some of the tie-ins don’t have plot descriptions.

“It’s been building for months, across a bevy of titles! But now, the moment has arrived for Steve Rogers to step into the light and declare his allegiance to Hydra! How can the heroes of the Marvel Universe cope with this shattering betrayal by the most trusted figure among them? And what will this mean for the world? The map of the Marvel Universe changes in ways nobody will expect — TRUST THE SECRET EMPIRE!” 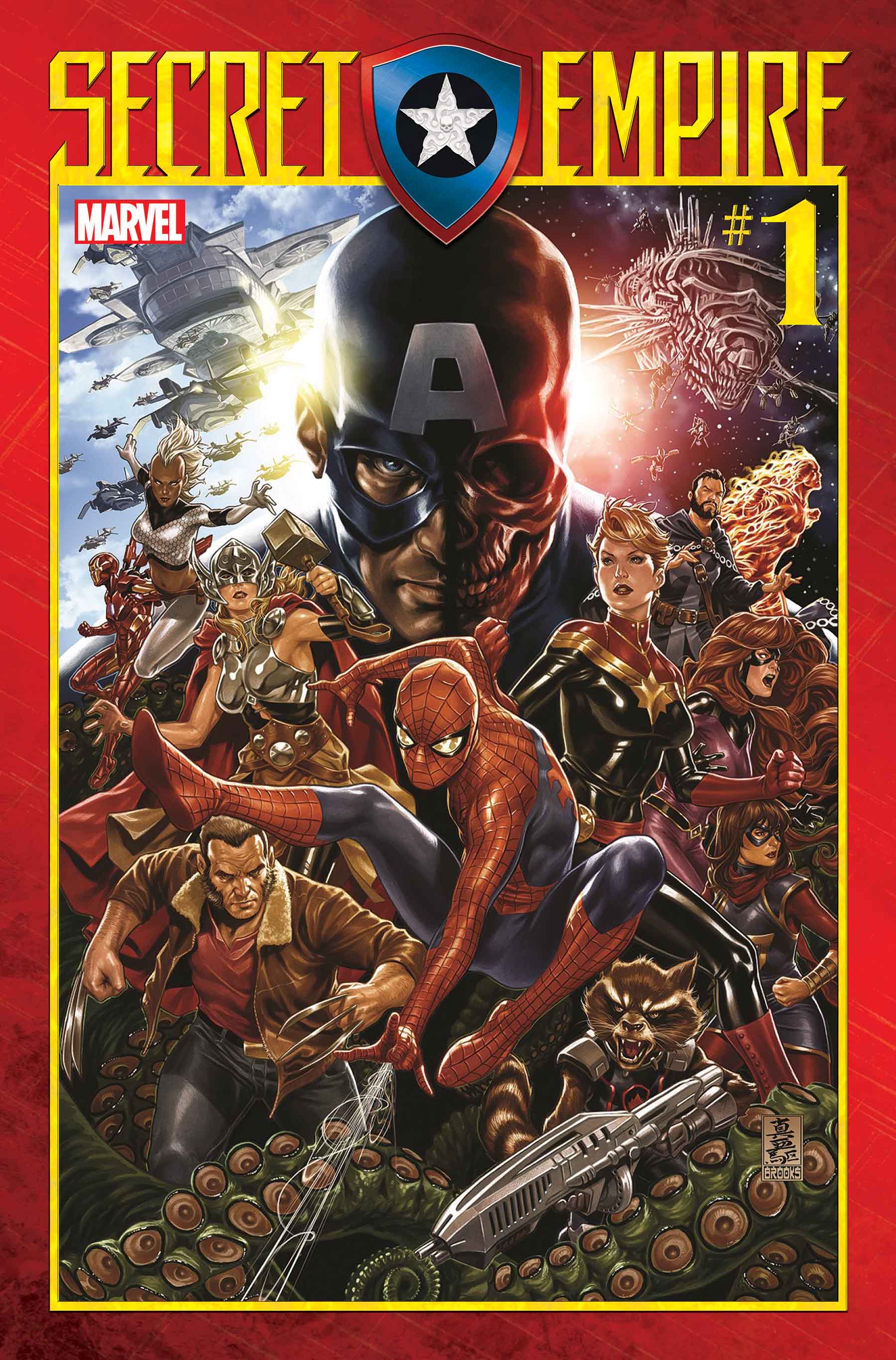 “Enshrouded in darkness, plagued by the minions of Baron Mordo and cut off from all assistance, The Defenders and Doctor Strange struggle to save the lives of the innocent people consigned to this hell on Earth. Will Dagger prove to be the key to stopping this nightmare? Meanwhile, will the appearance of a new hero provide Iron Man with the key to Captain America’s startling change? THE SECRET EMPIRE WILL DEFEND YOU!” 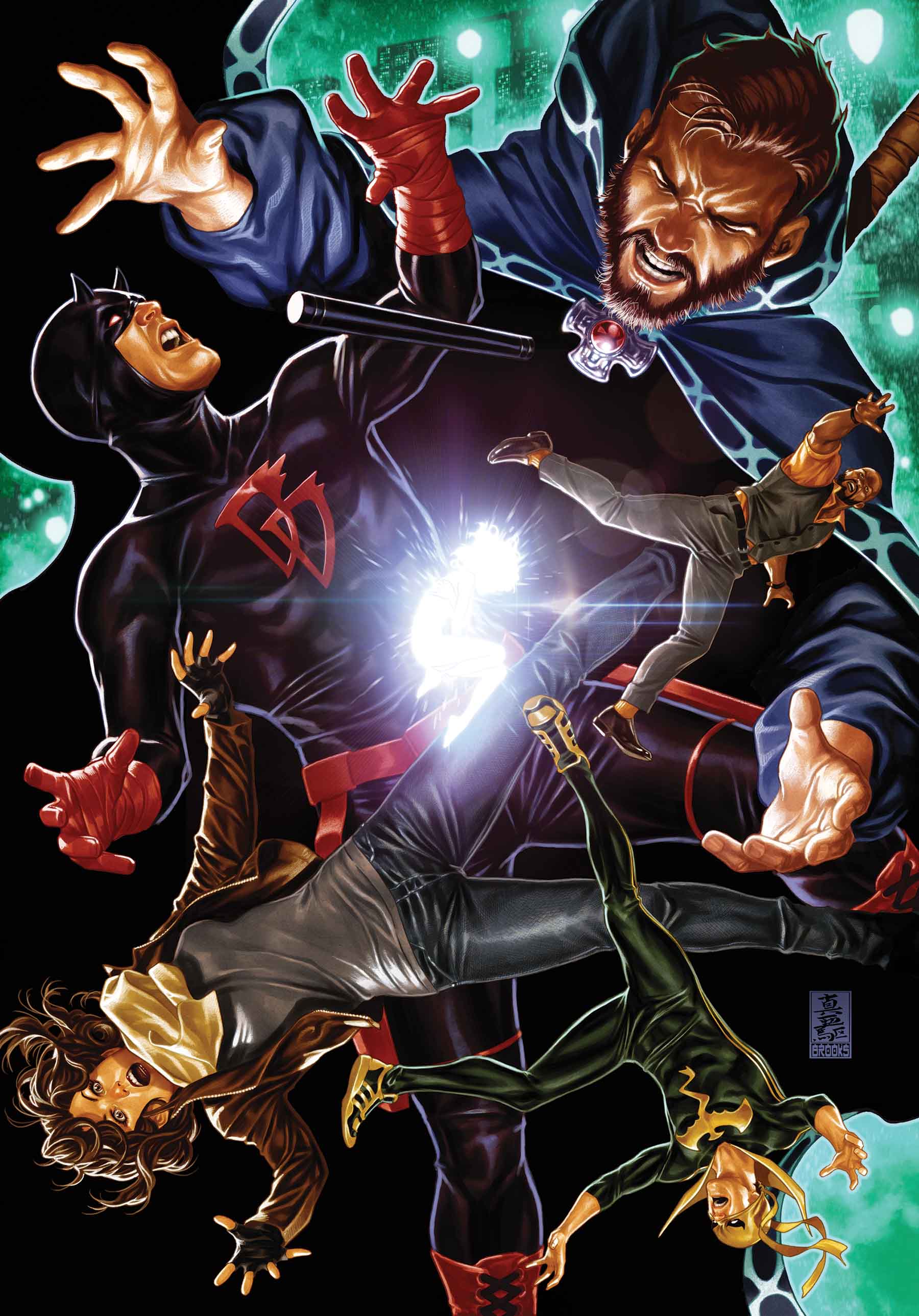 “Under constant attack from wave after wave of invading Chitauri aliens, Captain Marvel and the deep space task force under her command is waging a war of attrition — one they may not be able to survive! And back on Earth, things aren’t looking too rosy for Hawkeye and his band of renegade heroes, either! But don’t worry —THE SECRET EMPIRE WILL AVENGE YOU!” 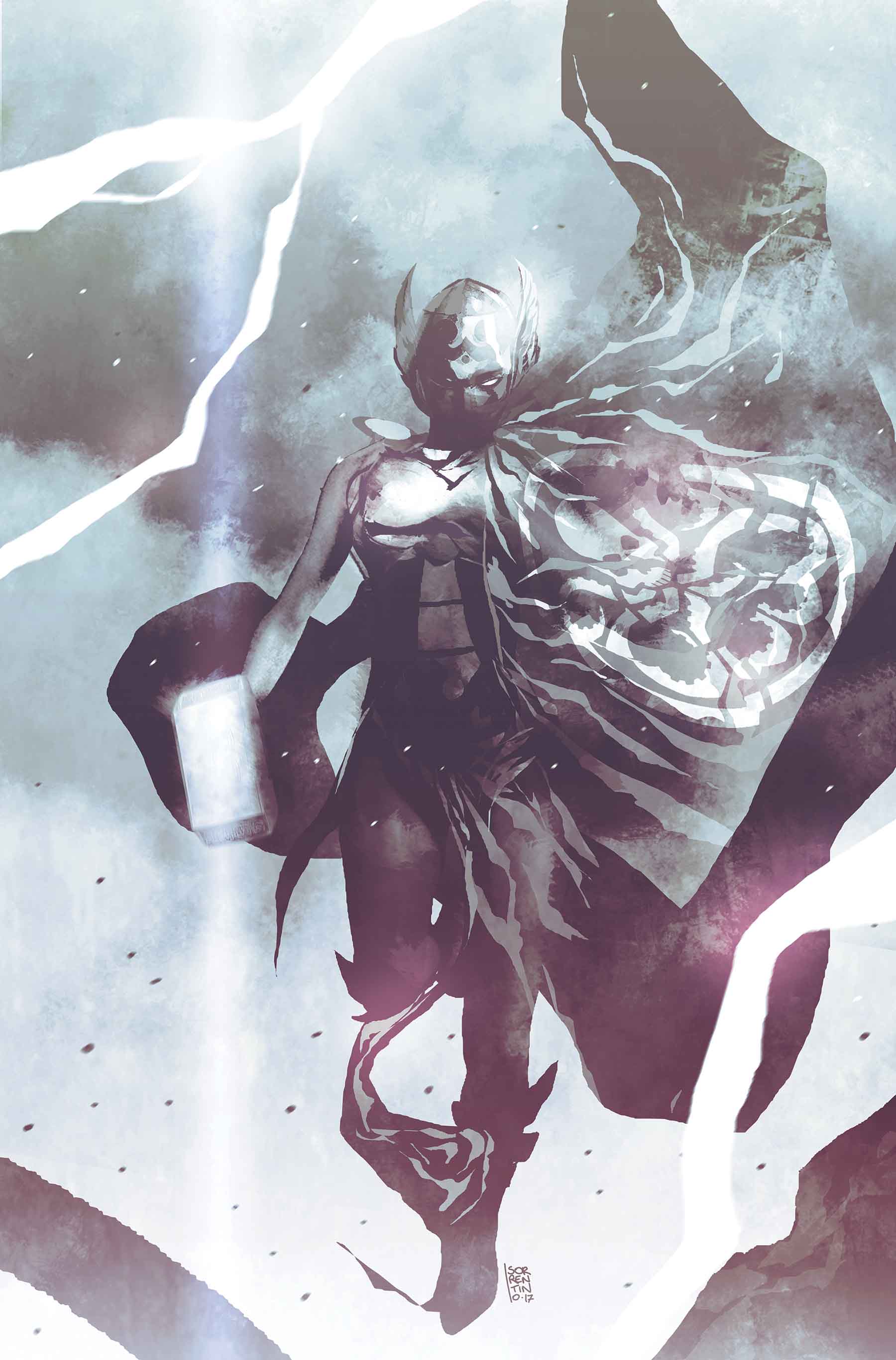 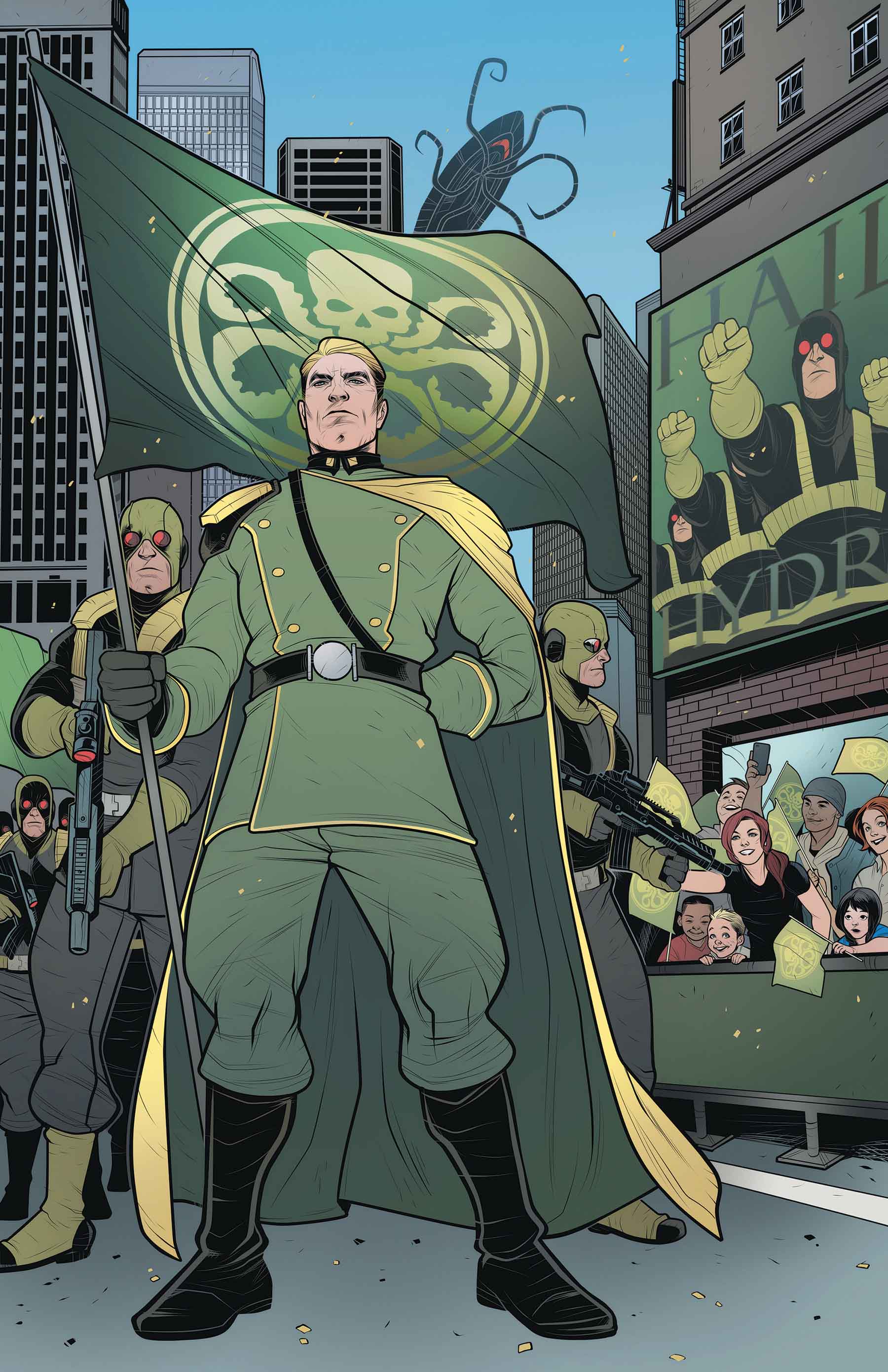 “Steve Rogers shoots to kill — and A.I.M. is the target! As Roberto Da Costa’s dreams come crashing down, can the U.S.Avengers stay in one piece? Plus: Are we actually going to kill Cannonball?” 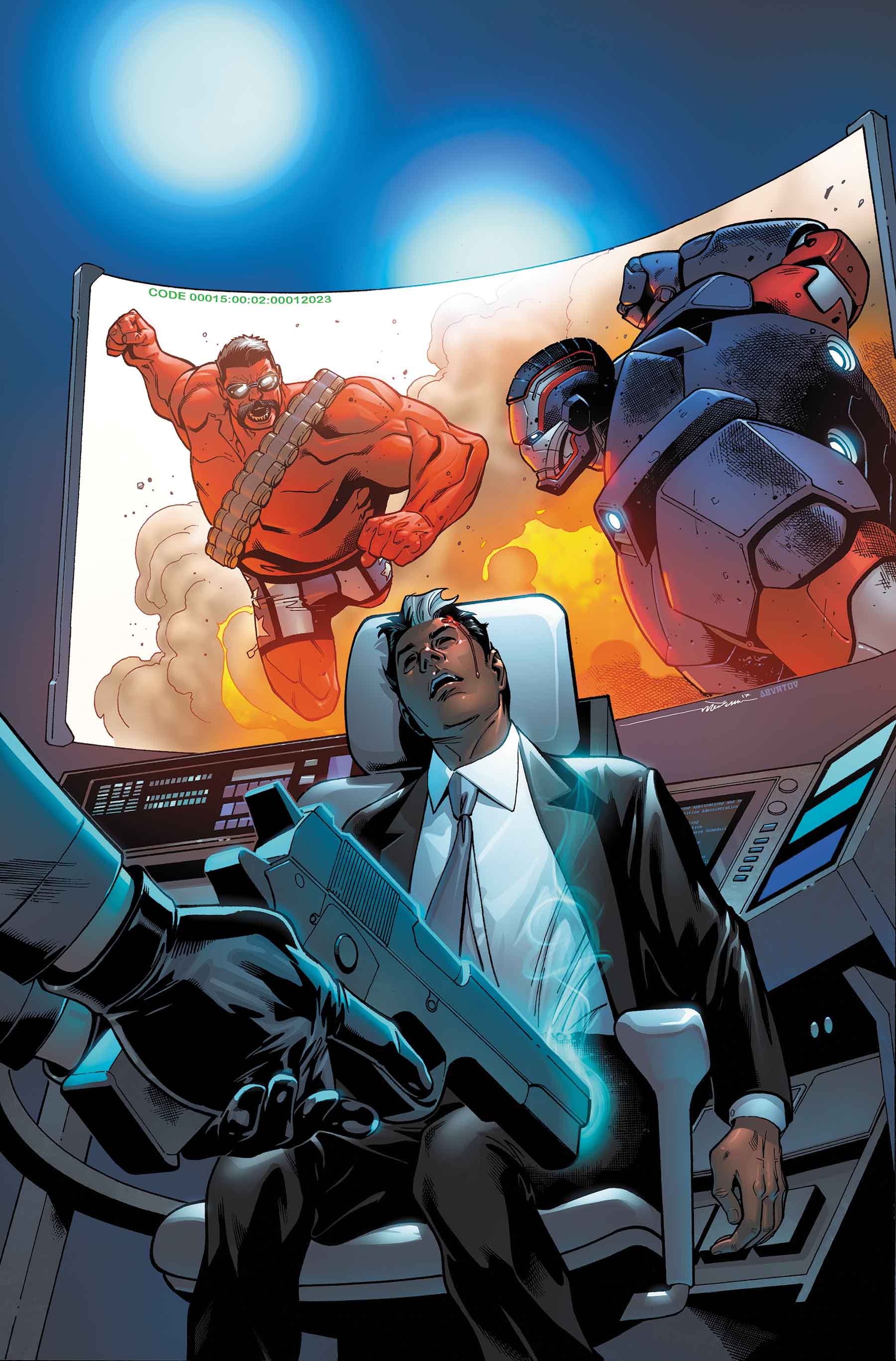 “In a world that’s undergone dramatic changes, Sam Wilson takes to the skies again! What is the mission that brings Sam back out from the shadows?” 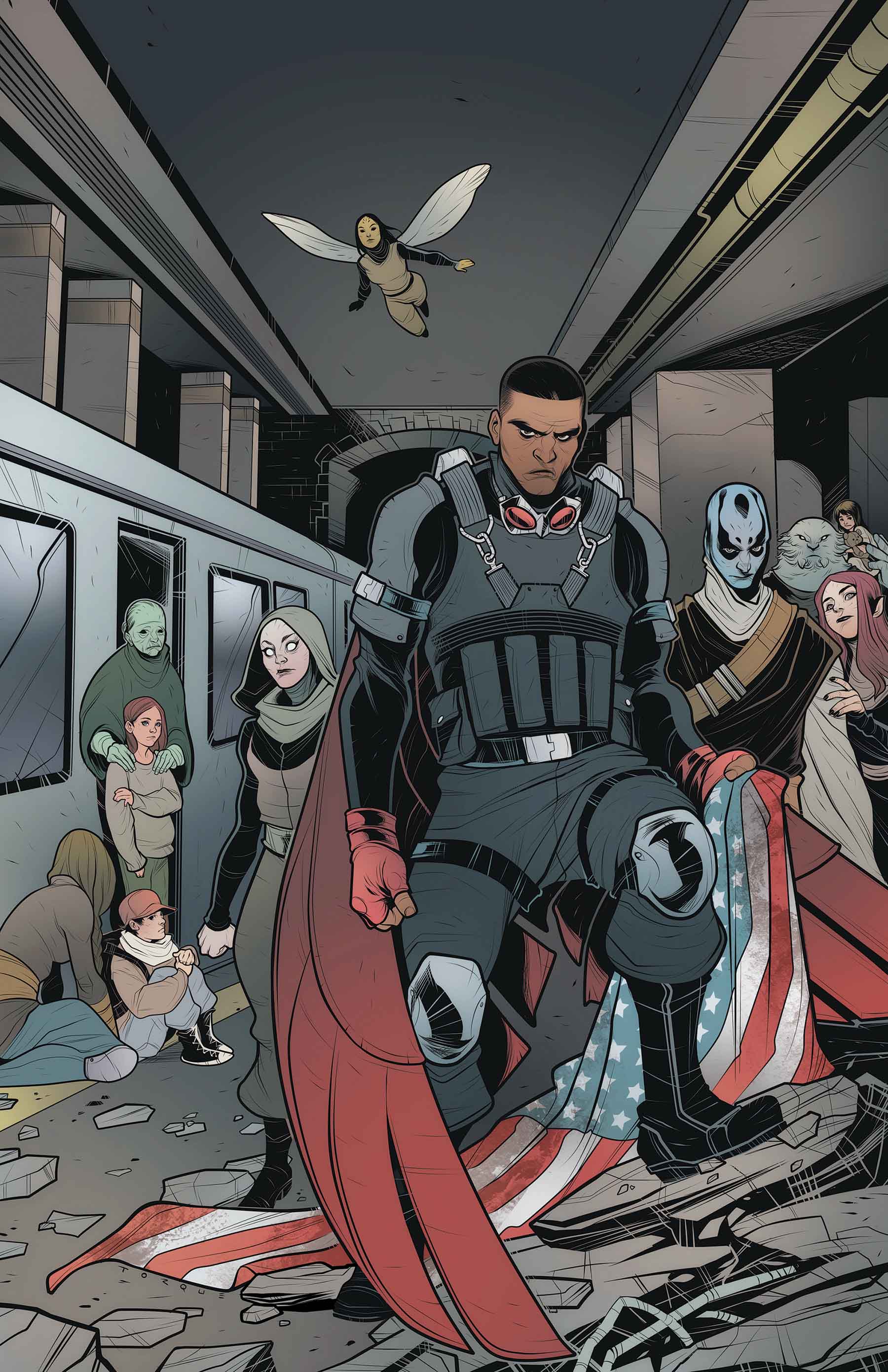 “New York City is under attack by dark forces, and only Doctor Strange has a shot at saving it. But it’s quite a longshot!” 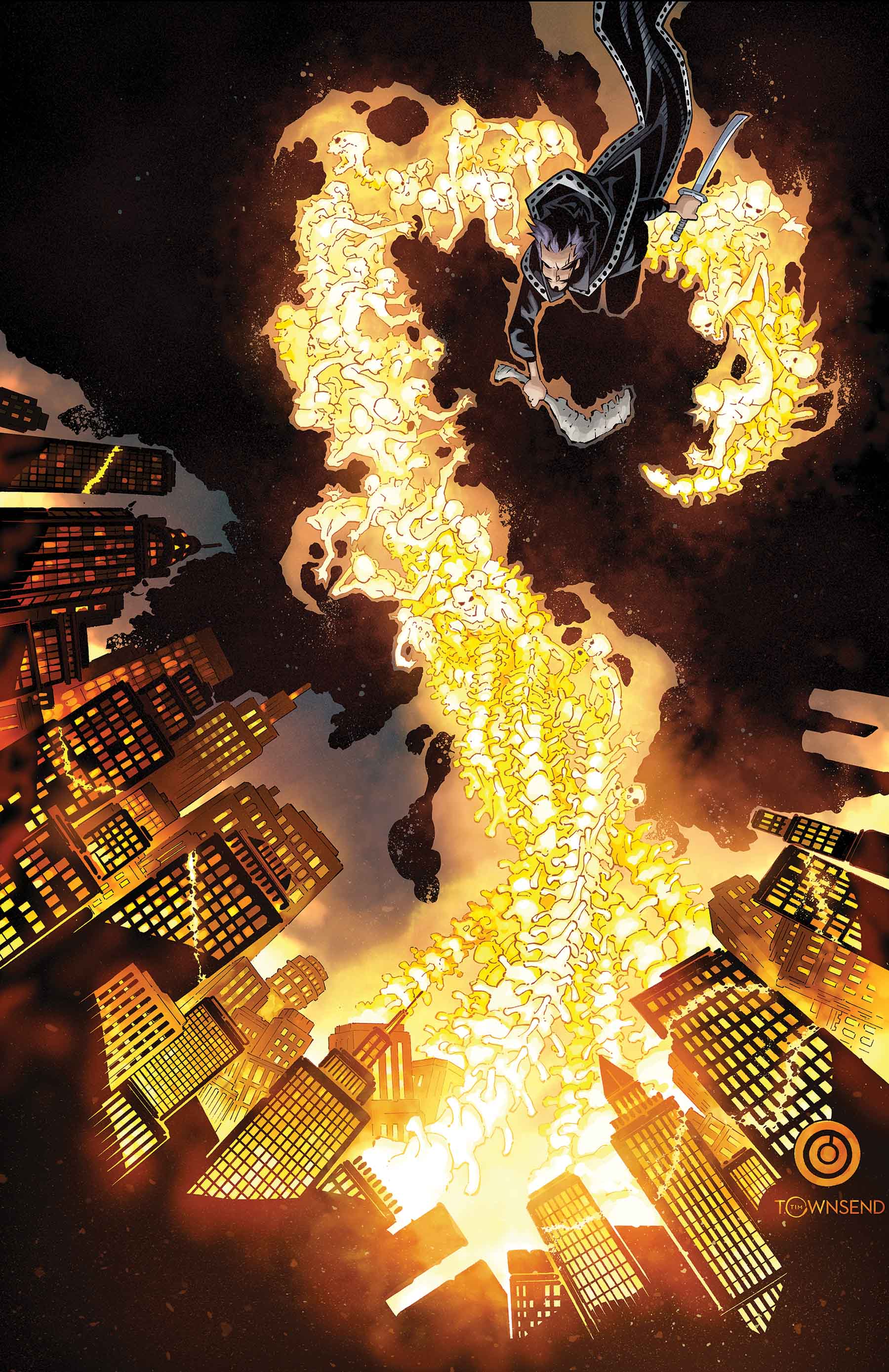 “As Steve Rogers makes his move, the Ultimates find themselves on the wrong side of his plans. With an existential threat in control of Earth, Galactus might be their last hope… but the Lifebringer has problems of his own.” 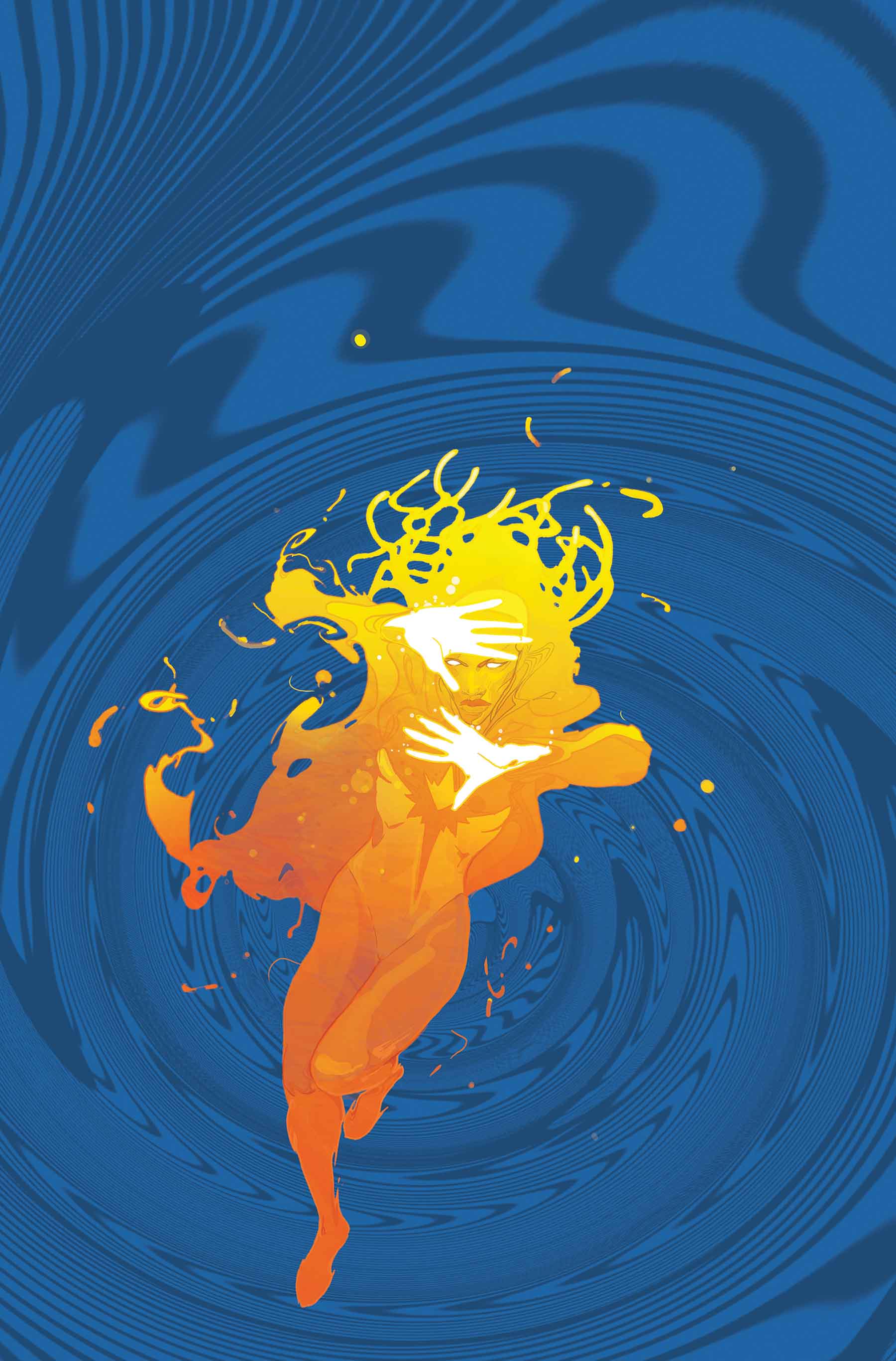 “Deadpool trusts Steve Rogers implicitly. How could he not? Now, it’s time to put that trust to the test. The result will have serious ramifications for Deadpool in days to come.” 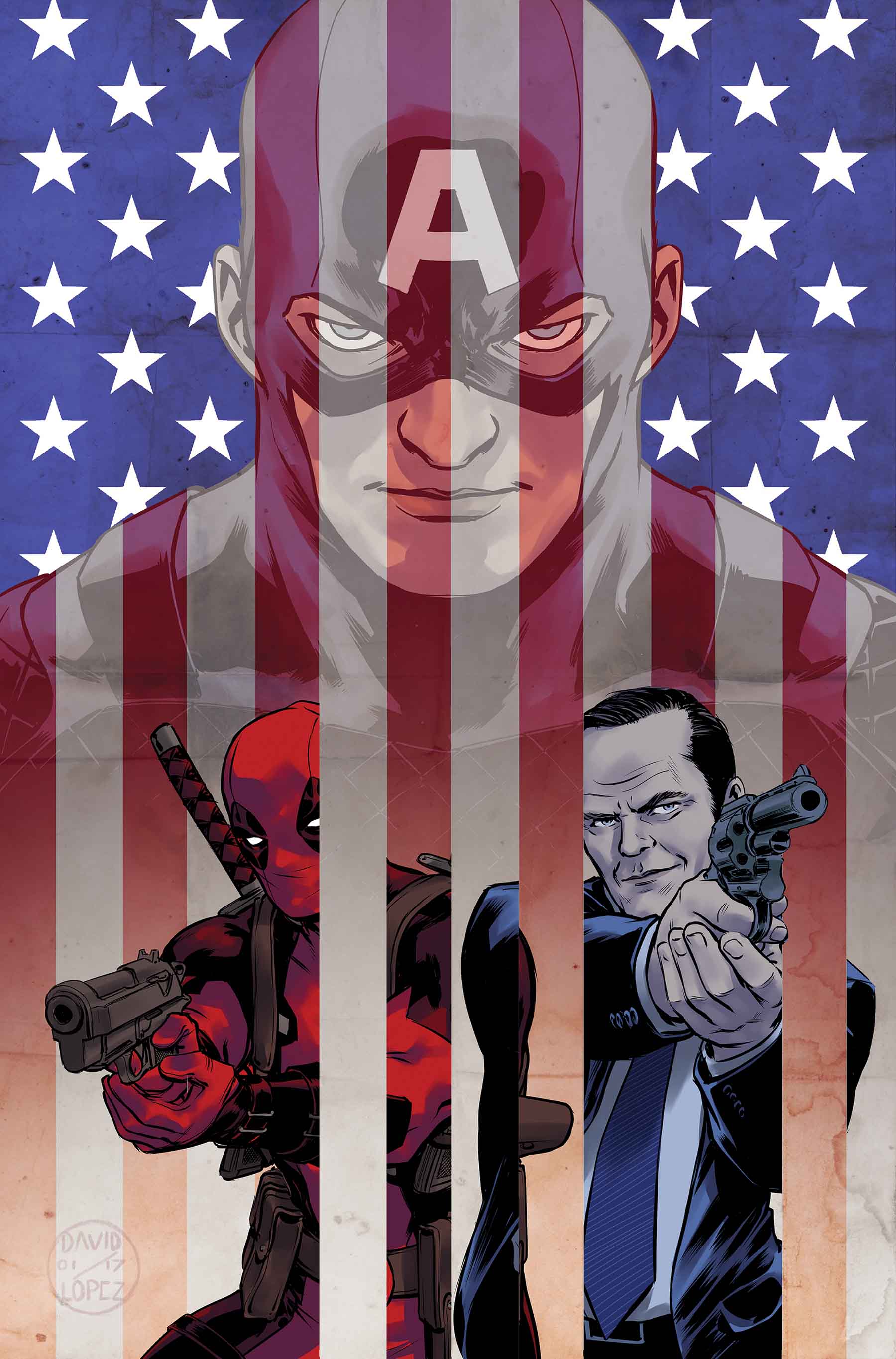 “The Chitauri fleet has nearly reached Earth space and it’s up to Captain Marvel to stop it. Taking on an entire armada of alien spacecraft is a tall order for Carol and the crew of Alpha Flight Space Station. Luckily they’ve got some help from their Sisters (and brothers) in arms.” 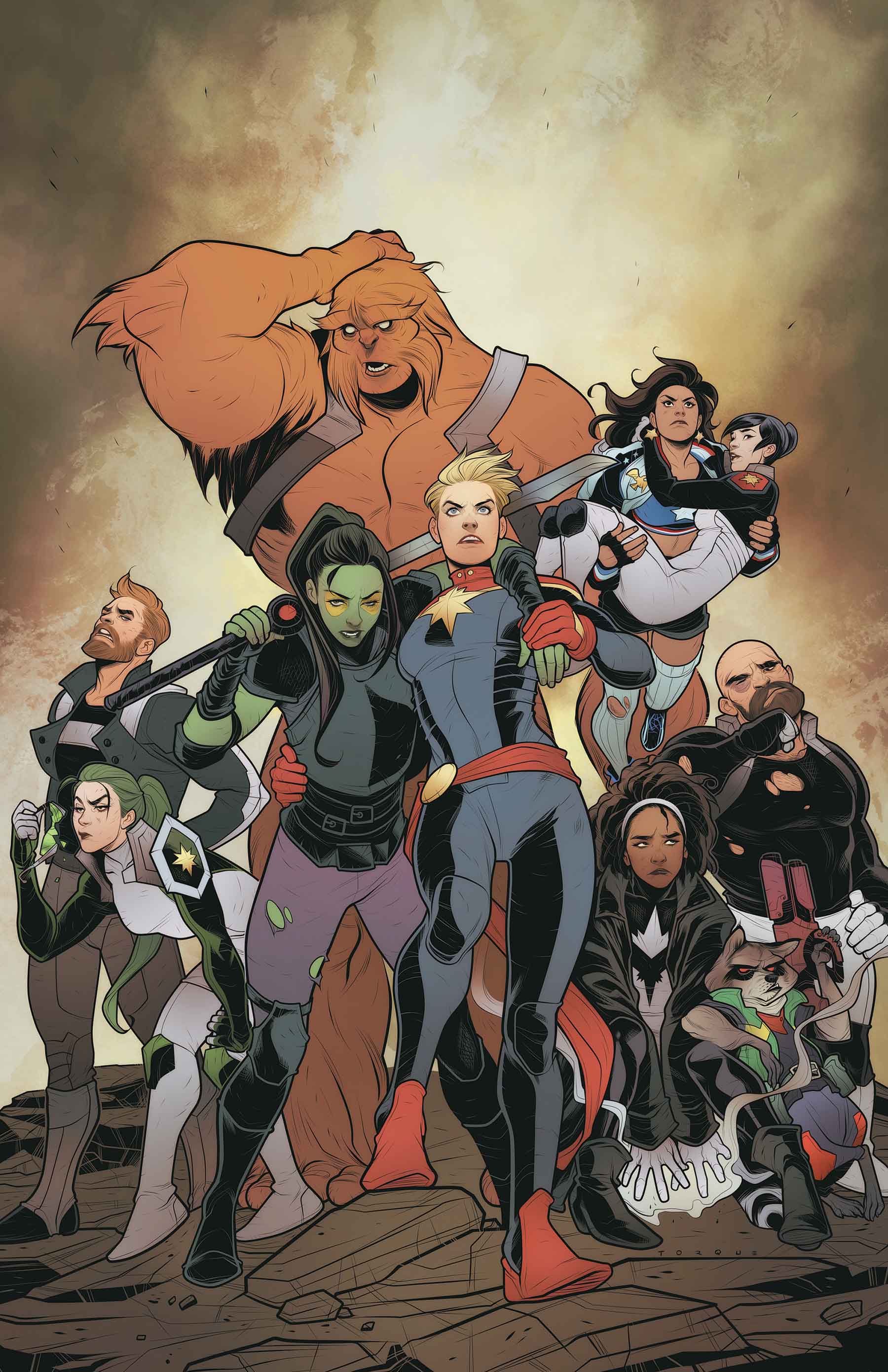 “Captain America has been revealed to be an agent of Hydra – and he’s coming after Inhumans! S.H.I.E.L.D. Agent Daisy Johnson, a.k.a. QUAKE, wants no part of Hydra, so she goes underground, teaming up with MS. MARVEL, MOON GIRL & DEVIL DINOSAUR, KARNAK and INFERNO to set things right – for the Inhumans, but also for the entire country! Penned by rising star Matthew Rosenberg (Kingpin, Rocket Raccoon, 4 Kids Walk Into A Bank) and drawn by the immensely talented Javier Garrón (Death of X, Inhumans vs X-Men), SECRET WARRIORS is one part coming-of-age story, one part spy-thriller, all action and all heart. Don’t miss the next (and final?) generation of Inhumans as they take the Marvel Universe by storm!” 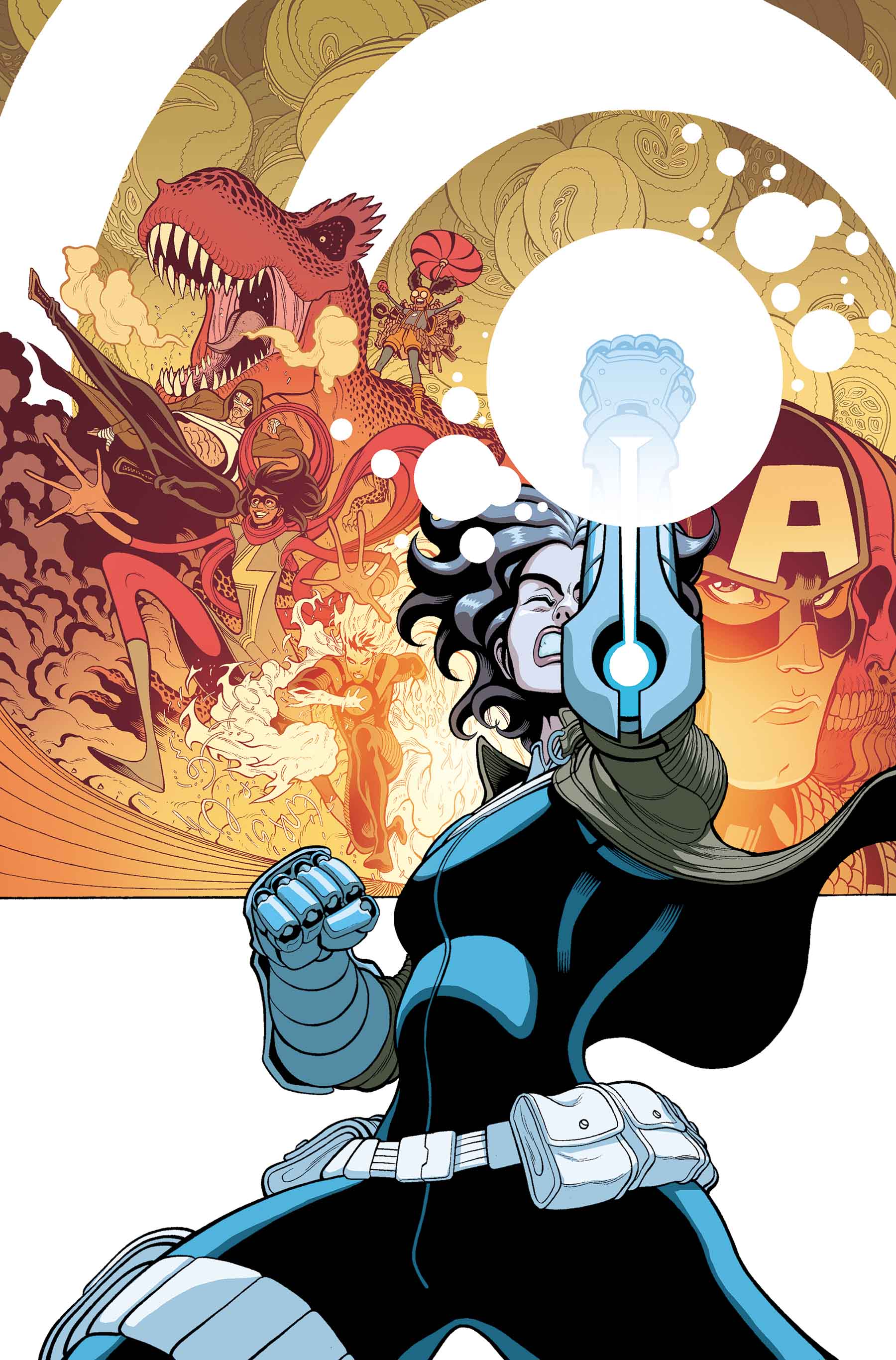 “When Karnak reveals what he believes to be S.H.I.E.L.D.’s true motivation for imprisoning the Inhumans, Quake finds a new sense of direction for her mission…but not everyone on the team agrees. As tensions rise between Ms. Marvel and Quake, Moon Girl finds an unlikely kinship with another team member. Can Quake steady the rocky relationship with her Secret Warriors before S.H.I.E.L.D. finds what they’re looking for? Or will a rift between allies leave the entire world in darkness?” 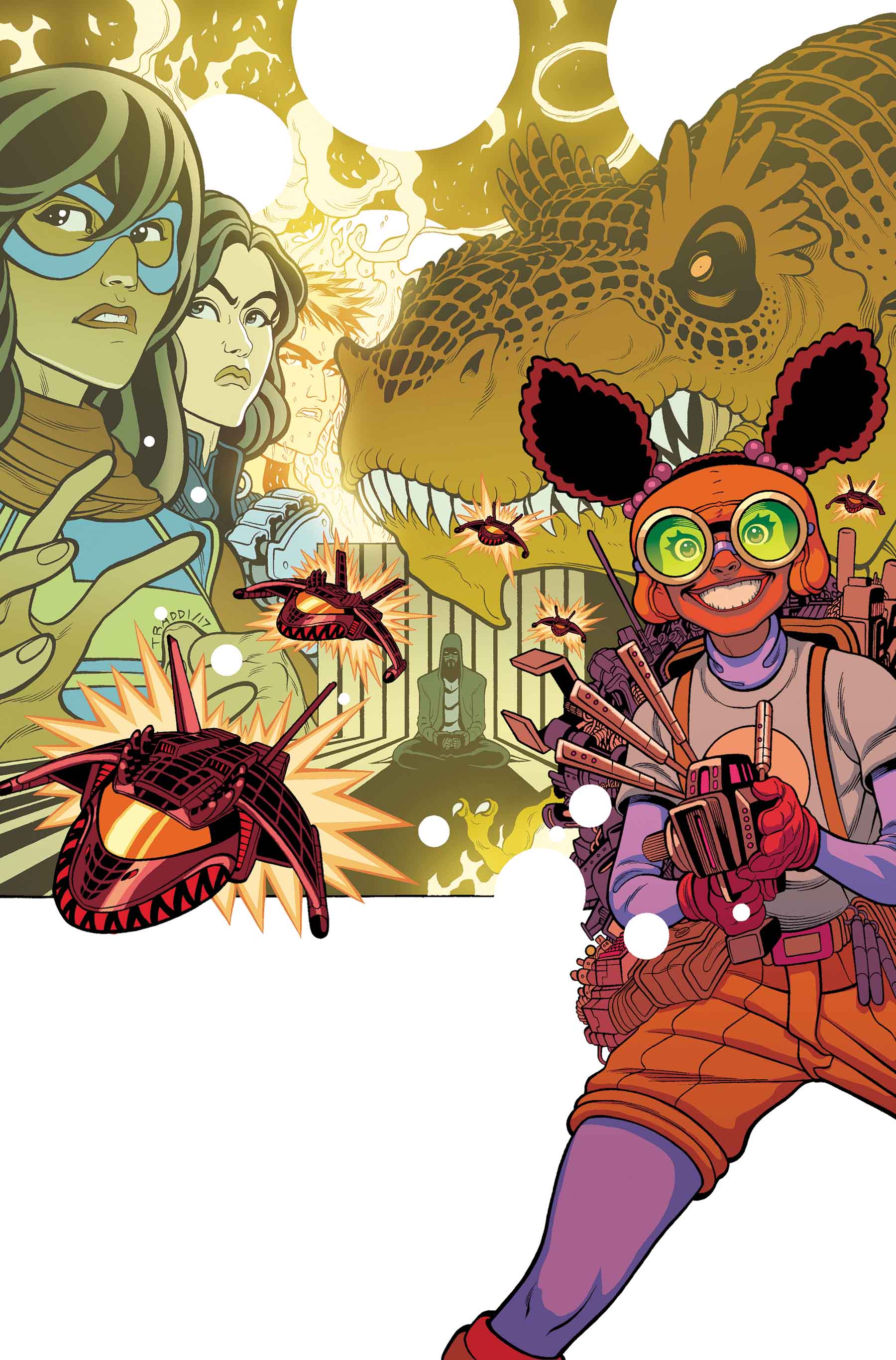 Of course it’ll be spread out over the month of May; nobody will be buying all in one go. But, even still that pricing is just ridiculous.

Comics are not as inexpensive as they used to be, and can be very expensive hobby. The rise in cost is more complicated than Marvel jacking up the price: economic inflation, printing costs, coloring costs, talent contracts, and other factors all contribute to the price. However, the expansive list of tie-in comics demands a stronger investment from customers.

There are two rebuttals that I’m sure many fans will point out. The first is that Secret Empire (particularly issues #1 and #2) will have extra pages than the average comic. That is definitely a plus, but for many people that $4.99 price point is still too much money to part with. Especially when there are cheaper books from other companies. Plus, those comics will still have advertisements in them.

Second, some people might say that there is no obligation to buy all those tie-in comics. This is true, you don’t have to buy them, and just focus on the main series, which will only be $15. That’s $40 cheaper. However, there’s nothing to stop Marvel from putting in vital information for the overarching plot in the tie-ins. They’ve done it before in just about every crossover event since the first Civil War. (The one event that sticks out in my mind as the biggest accuser of doing this was the awful Shadowland series). This strategy basically hijacks these comics into a storyline that could alter their storylines. Ignoring the completionists, who will buy it all no matter what, there will be fans who begrudgingly will buy the tie-ins featuring their favorite characters to see how it effects them.

What’s really bothersome about all this though (despite the incredibly high cost) is that Marvel has been crossover crazy for ten years now. And since Civil War II was introduced last May, Marvel has had at least one crossover event going on. Right now, there are two happening at the same time. Monster Unleashed and Inhumans vs X-Men; the former has a ton of tie-in comics too! And when those end, April will be the first month without a crossover event in 11 months.

Their crossover events, no matter how world shattering, have no meaning anymore. We as fans can’t savor them anymore, or consider them special, because they don’t break from the norm. They are the new standard. These crossovers are exhausting and causing a burnout amongst fans, and if Marvel can’t see that then they are willfully ignorant. Or they’re too busy polishing those massive brass, balls of theirs to care.

Are you sick of these crossover events? Want Marvel to change their strategies? Think I’m an idiot? Leave a comment to explain your thoughts.