Before the Silver Age of comics, which brought a resurgence of superheroes, newsstands showcased a wide variety of comic genres: western, romance, funny animals, crime, horror, and science fiction all competed for readers’ ten cents. One of these was the sci-fi/horror anthology Journey Into Unknown Worlds.

Journey… arrived in 1950, before Atlas Comics became Marvel. While other anthology books of the time — Strange Tales, Amazing Fantasy, Tales to Astonish — are better remembered today, this one did feature early work by future comic legends like Russ Heath, Gene Colan, and John Romita.

This week sees the launch of a new incarnation of Journey Into Unknown Worlds, as part of Marvel’s ongoing 80th Anniversary celebration. Writers Cullen Bunn and Clay McLeod Chapman, who each penned one story for the new issue, talked to Marvel.com about the undertaking. 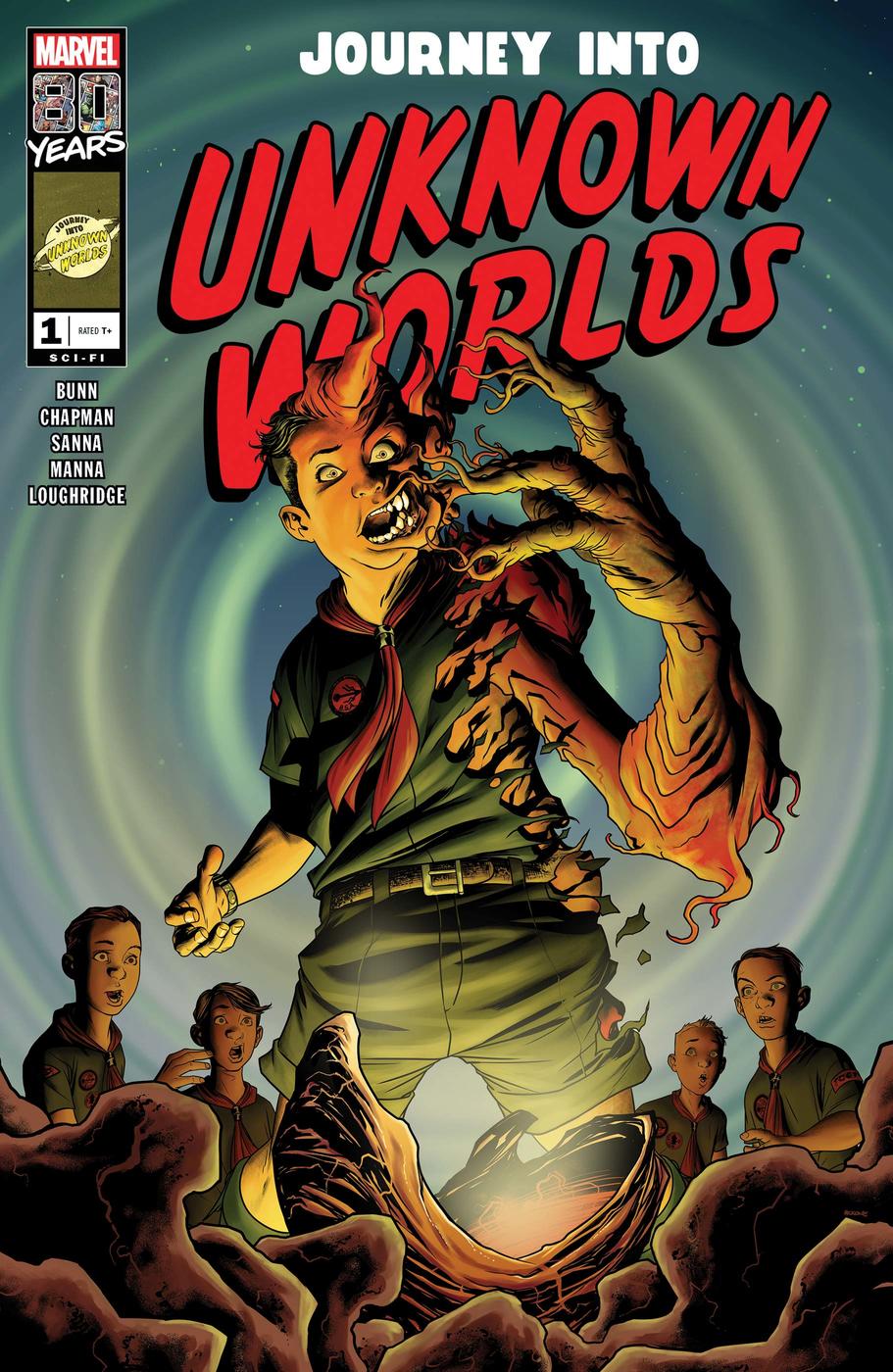 On their familiarity with the original series:

Bunn: I love-love-love books like that — great, old, weird science fiction and horror stories. That’s one of the reasons this project interested me.

Chapman: The covers! Have you seen the covers? The covers are amazing!… “The Witch Woman!” “The Broth Needs Some Body!” “The Ice Monster Cometh!” The covers told stories in and of themselves. As a kid, I was too terrified to even open the comic up. I never got past the covers!

On whether they researched the old issues for new ideas:

Bunn: I have tons of books like this in my collection and on my shelves. I absolutely dug through a bunch of stories from that era, getting a feel for the kind of vibe I wanted to convey in this piece. That was a big part of the fun!

Chapman: I feel like you could spend hours, days, just flipping through these amazing stories… The DNA of these stories really embedded itself into the fabric of my imagination. Just the narrative framework alone — that Twilight Zone-style setup and punchline with a twist — is something that I still cop to today. If I had my way, I’d write stories in this style ’till the day I die. 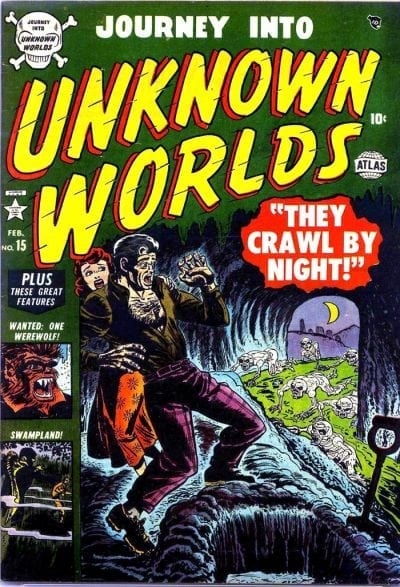 On elements of the original stories they tried to recreate:

Bunn: More than anything, I wanted a sense of weirdness to permeate the story. It’s a strange, twisted tale, and the weirdness is there right from panel one. Then, of course, it kicks into high gear with the flip of a page. The weirdness and horror factor just keeps escalating until it reaches an awful breaking point.

Chapman: The way I view the experience is this: The original run is Howard Hawks’ The Thing from Another World. And then when we got our hands on it, we turned it into John Carpenter’s The Thing. I wanted to honor the source material, while bringing in the contemporary tools of the trade and maximizing them for an updated rendition of a classic story.

On their stories in the debut issue:

Bunn: “Bones of the Earth” is a story about a research team investigating what might be the site of first contact with an alien race. That’s pretty vague, but I really don’t want to ruin any surprises.

Chapman: It’s a coming-out tale. It’s a love letter to the kid who doesn’t quite fit in. Who’s different. Who gets picked on by all the other kids. Who’s waiting for that moment in their life to come into their own. To become something…out of this world.

You can read the entire interview here, and find Journey Into Unknown Worlds at your comic shop.