When the strongest Avenger collides with the unstoppable Juggernaut, it’s safe to say they’re going to make a mess. Marvel Comics invites you to take a front row seat at the strong man battle of the year between the Hulk and the Juggernaut in JUGGERNAUT #2, available to retailers on September 28th.

Says Marvel of the upcoming issue: “it’s Juggernaut VS Hulk in an epic clash that will shake the Marvel Universe to its core—literally!” You can check out an exclusive preview image and read the full Marvel press release below.

Can you think of a better matchup? Let us know what you think in the Comments section, and please share this post on social media using the links below.

New York, NY— September 24, 2020 — Renowned X-Men writer Fabian Nicieza (X-Force, Deadpool) and celebrated artist Ron Garney (Captain America, Daredevil) are taking the unstoppable Juggernaut in a bold new direction with a brand-new series! JUGGERNAUT #1 hit stands yesterday, and fans learned that Cain Marko’s new path is as full of destruction and mayhem as ever before. The action continues next month when a matchup that True Believers have debated about for decades comes to life. That’s right —it’s Juggernaut VS Hulk in an epic clash that will shake the Marvel Universe to its core—literally! Get an exclusive look at this legendary battle now by visiting Marvel.com. 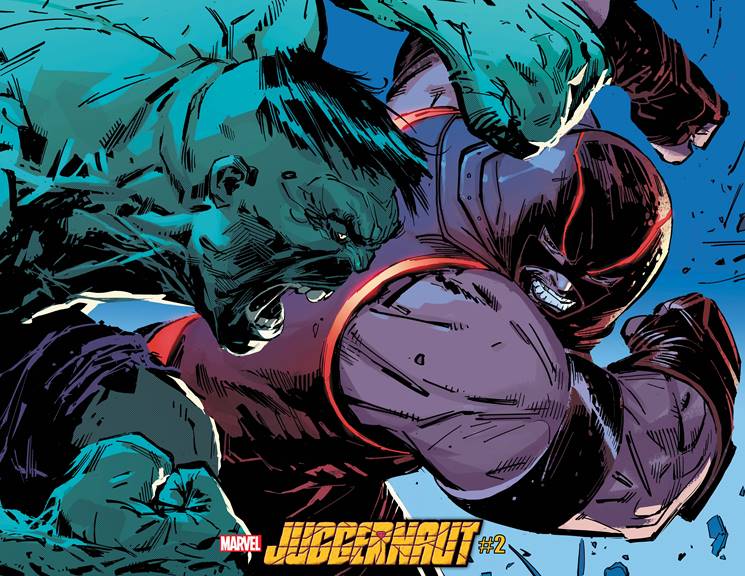