Marvel Preview: A Warrior Is Born In SHANG-CHI #1

In anticipation of the Marvel film, Marvel Comics has released a preview trailer for the comic of the same name, SHANG-CHI #1. Available to retailers on September 30th.

Written by Gene Luen Yang, this series will explore the Martial Arts hero’s origins, history and family secrets. You can check out a preview of the first cover, a preview trailer, and the full Marvel press release below.

Is Shang-Chi a worthy addition to both the comics rack and MCU? Let us know your thoughts about the character in the Comments section, and please share this post on social media using the links below.

Writer Gene Luen Yang teams up with artists Dike Ruan and Phillip Tan for the next chapter in the legend of Shang-Chi!

New York, NY— September 3, 2020 — Shang-Chi returns this month in a brand-new series by Eisner Award-winning writer Gene Luen Yang (American Born Chinese) and acclaimed artists Dike Ruan (Spider-Verse, Black Cat) and Philip Tan (Uncanny X-Men). The former Avenger will be forced to confront his family’s dark history when the mysterious Five Weapons Society emerges from the shadows. With the group’s leadership in question, a bloody power struggle will erupt into a full-blown war and only the deadly fists of Shang-Chi can protect the Marvel Universe from the fallout. Founded by his father, Zheng Zu, this ancient group of warriors will reveal long-hidden truths about Shang-Chi’s past and drag the hero back into a world he thought he left behind forever. Get your first look at this shocking family reunion in the SHANG-CHI #1 trailer, featuring never-before-seen art from the debut issue!

“We are keeping all of the big pieces of Shang-Chi’s backstory. He’s the son of a supervillain who dreamed of taking over the world. Shang-Chi grew up in a remote area of China, separated from modern society. He eventually made his way to America and joined forces with American superheroes. We want to flesh him out by adding to his supporting cast,” Yang revealed in a recent interview with SYFY Wire. “We’ve met some of his siblings in the past, but in this particular miniseries we’re going to meet a full set of them. Each is going to bring out a different aspect of Shang-Chi’s personality.”

Don’t miss this fascinating new take on the Shang-Chi mythos when this action-packed series kicks off on September 30th! 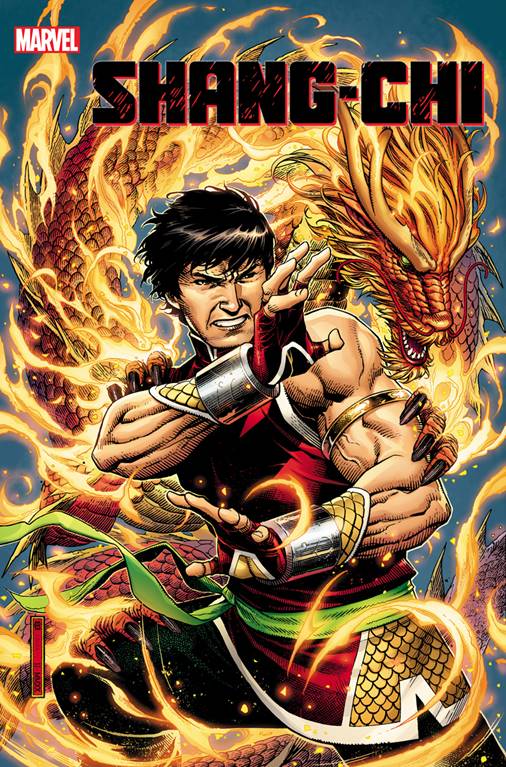