War Machine has his hands full this week in Force Works 2020 #1, out February 26, Marvel Comics sent us a four-page preview for you to check out.

The three-issue mini-series is written by Matthew Rosenberg, with art by Juanan Ramírez, Federico Blee dropped some colors, and you will read Clayton Cowles’ letters.

About the book:
The eruption of a violent robot revolution threatens all manner of biological life! Teetering on the precipice of extinction, there’s only one man with enough tactical skill, killer instinct, and ruthless leadership to lead the rebellion: War Machine! Join War Machine and his elite paramilitary squad (U.S.Agent, Mockingbird, and Quake) in the final crusade for humanity’s fate!

Are you reading Iron Man 2020, what do you think of the story arc so far? Give us your thoughts in the comment section below or on social media. 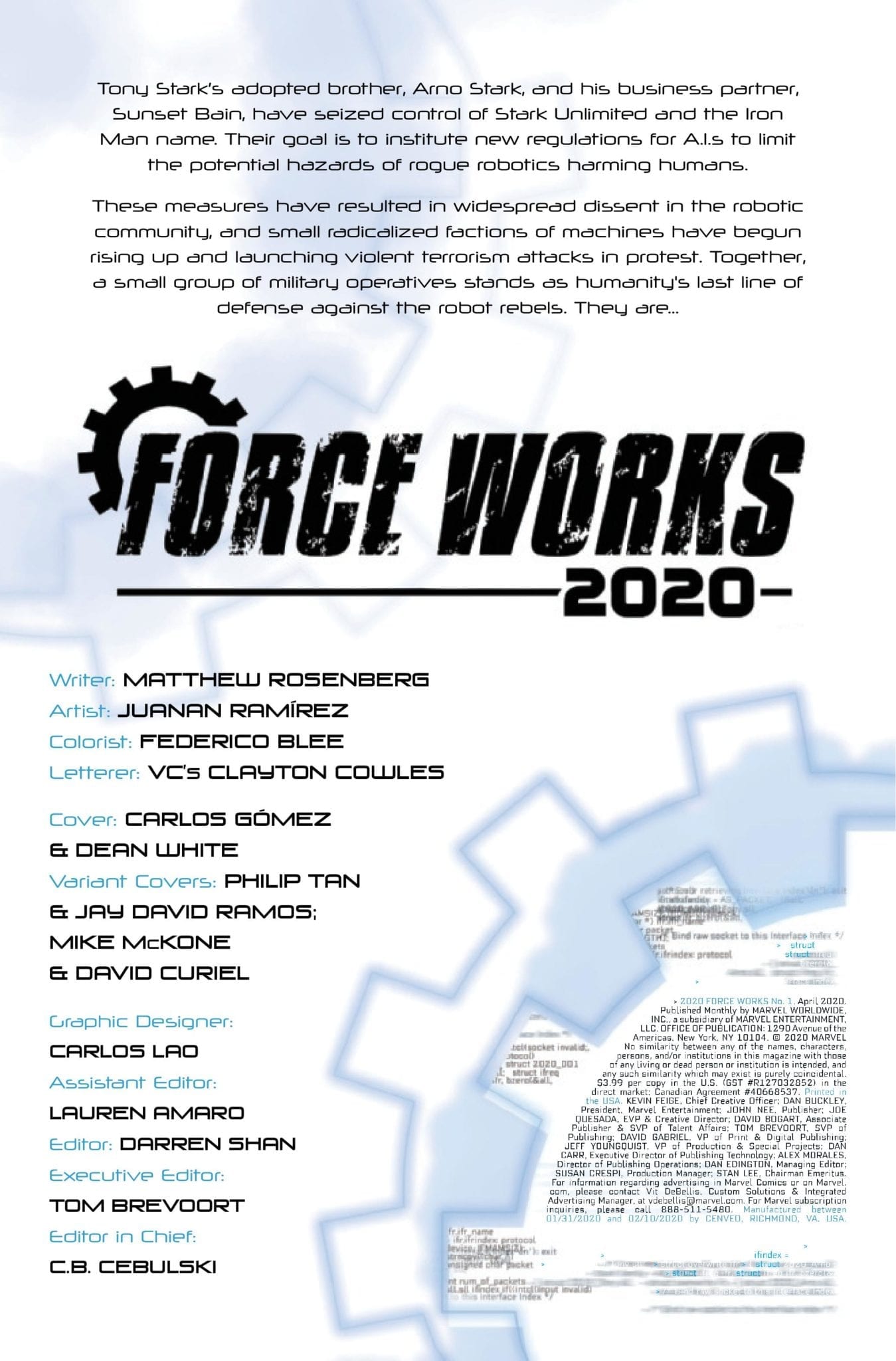 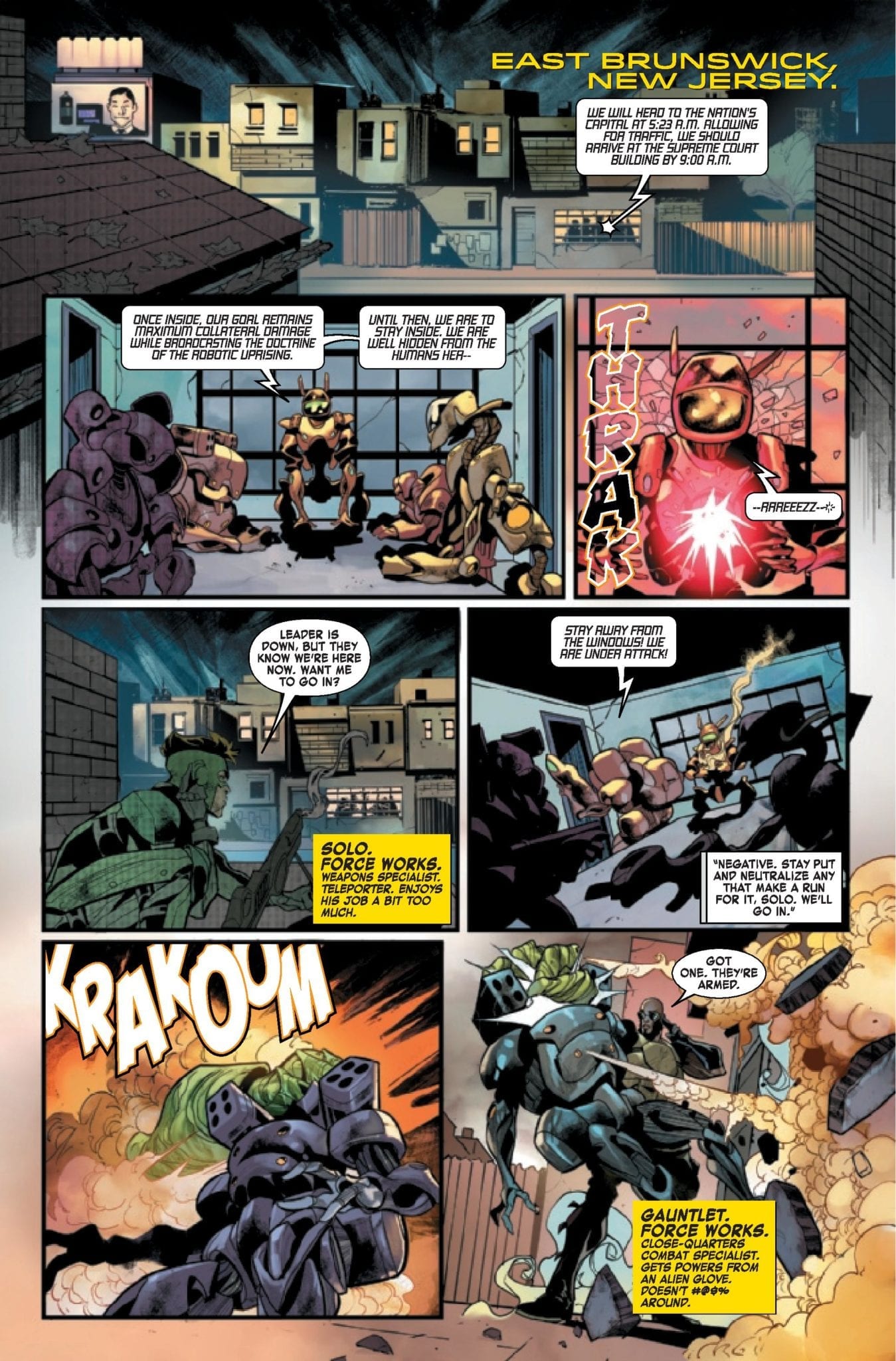 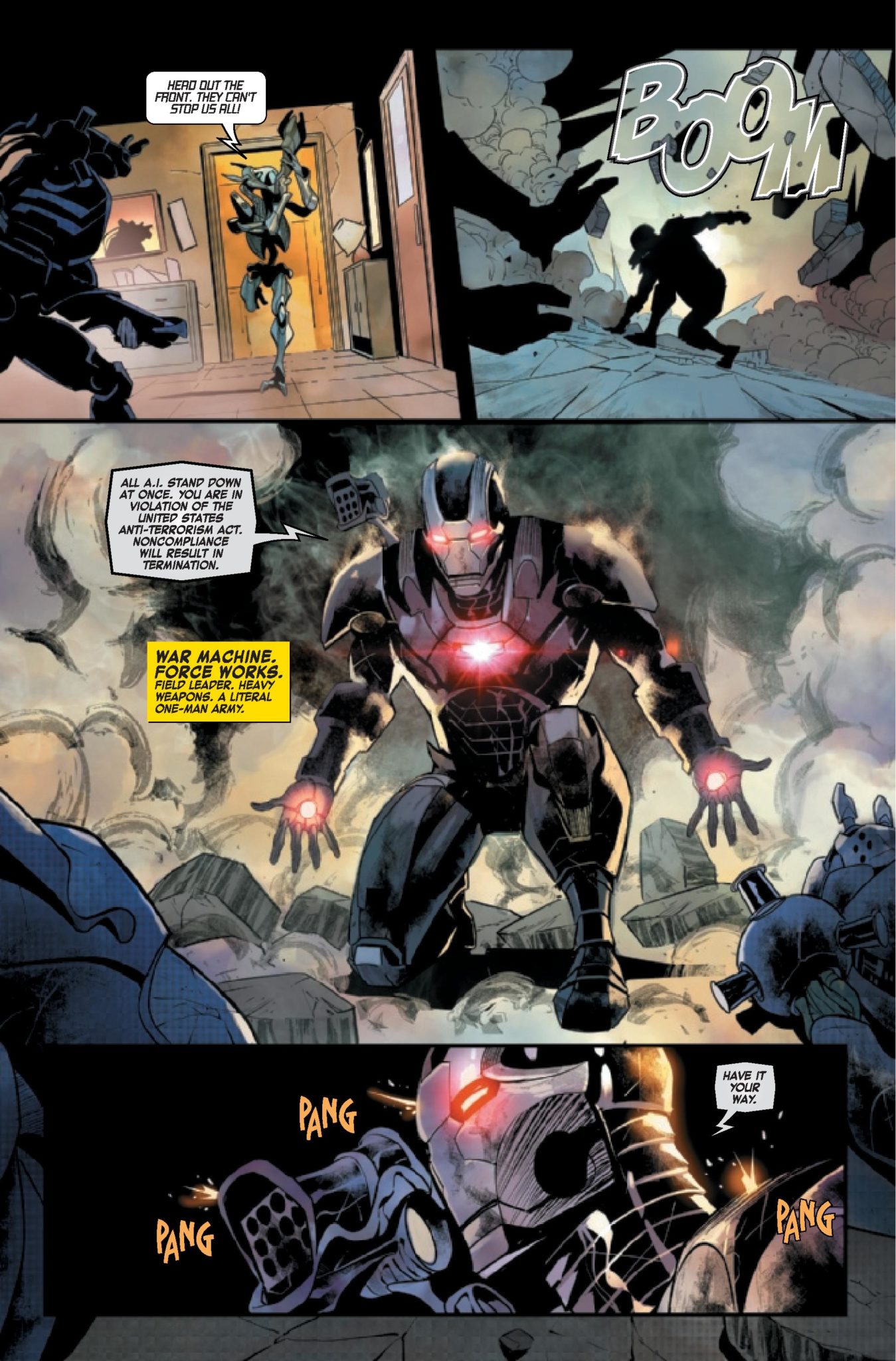 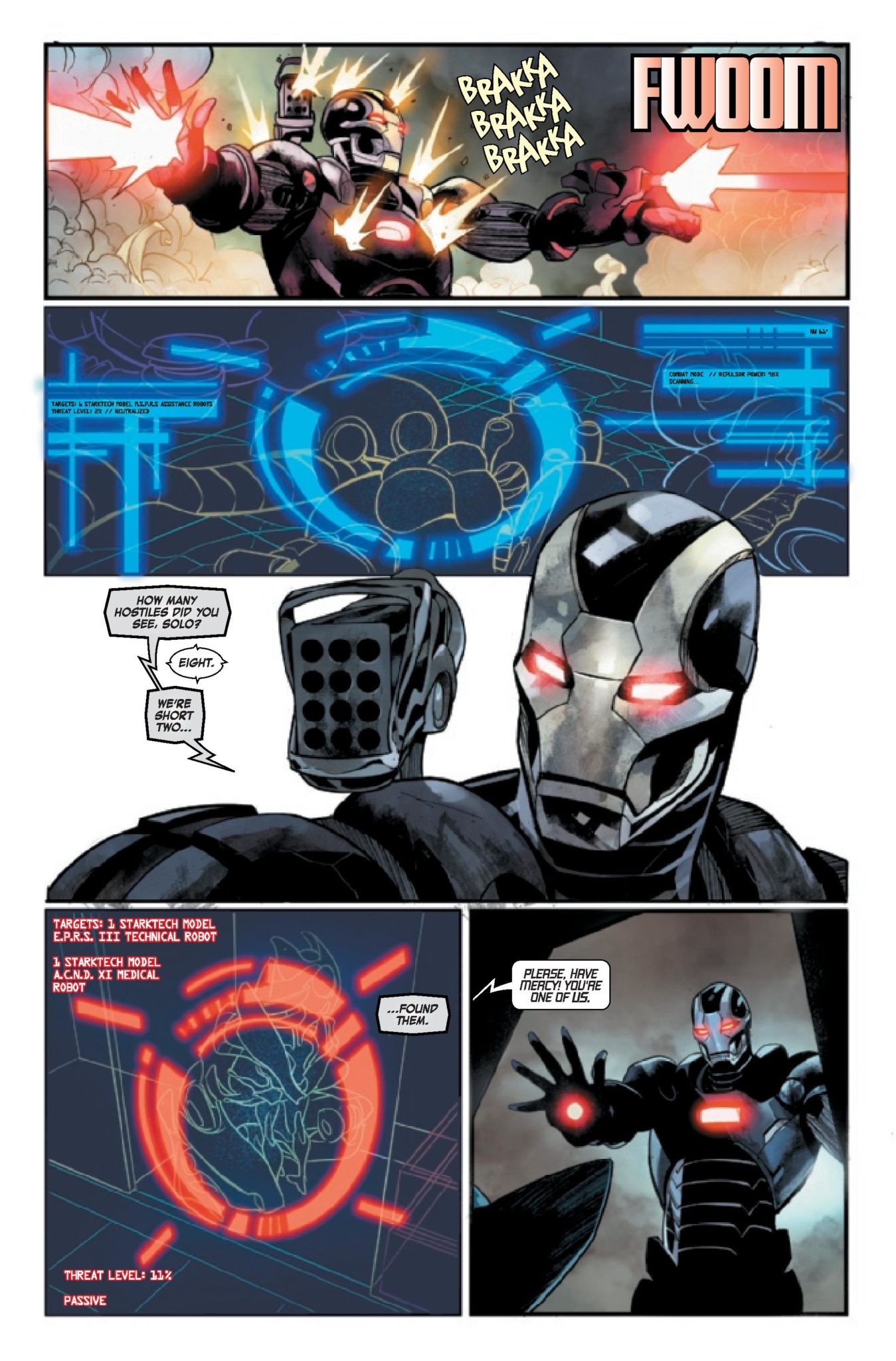 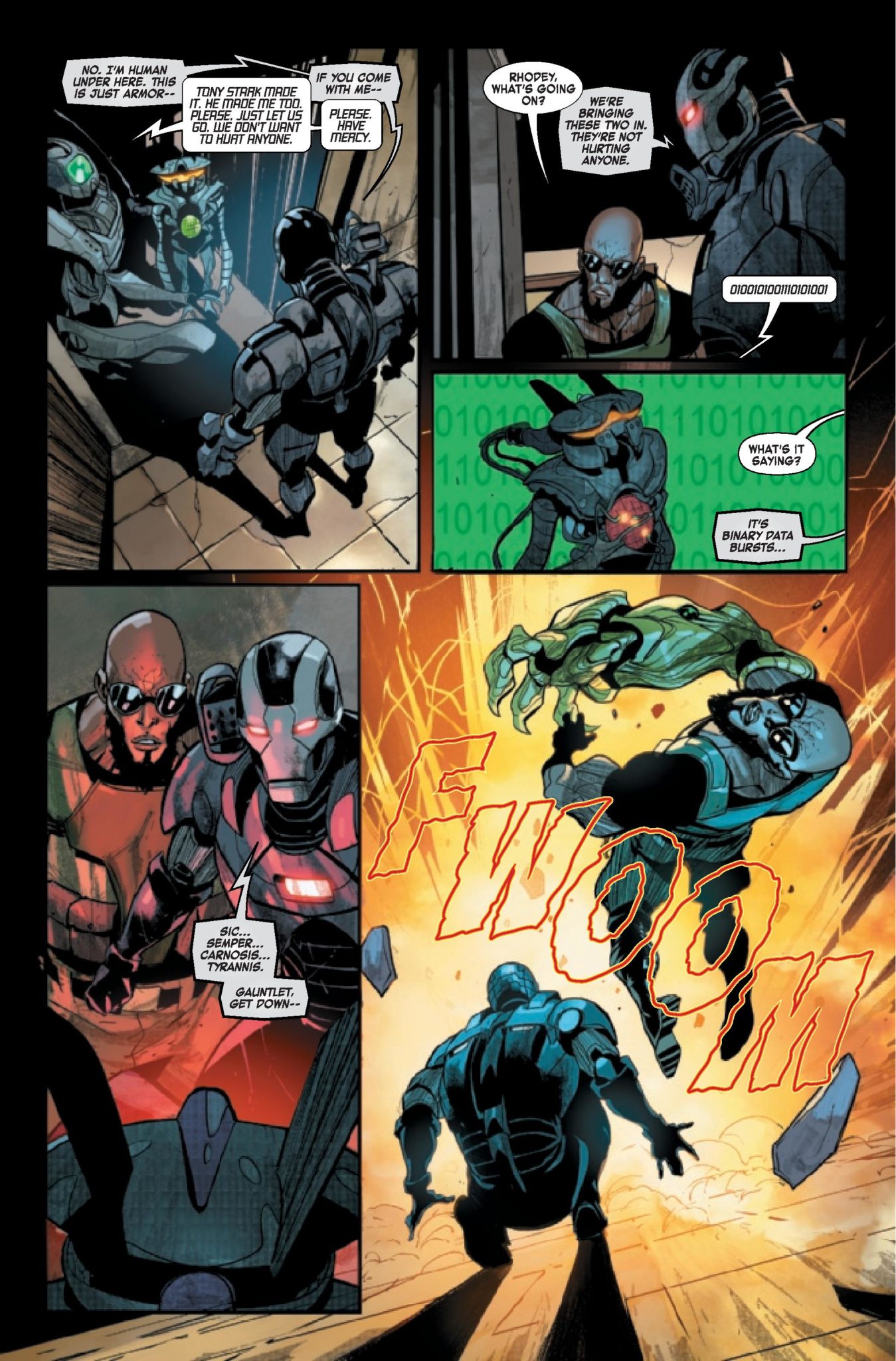 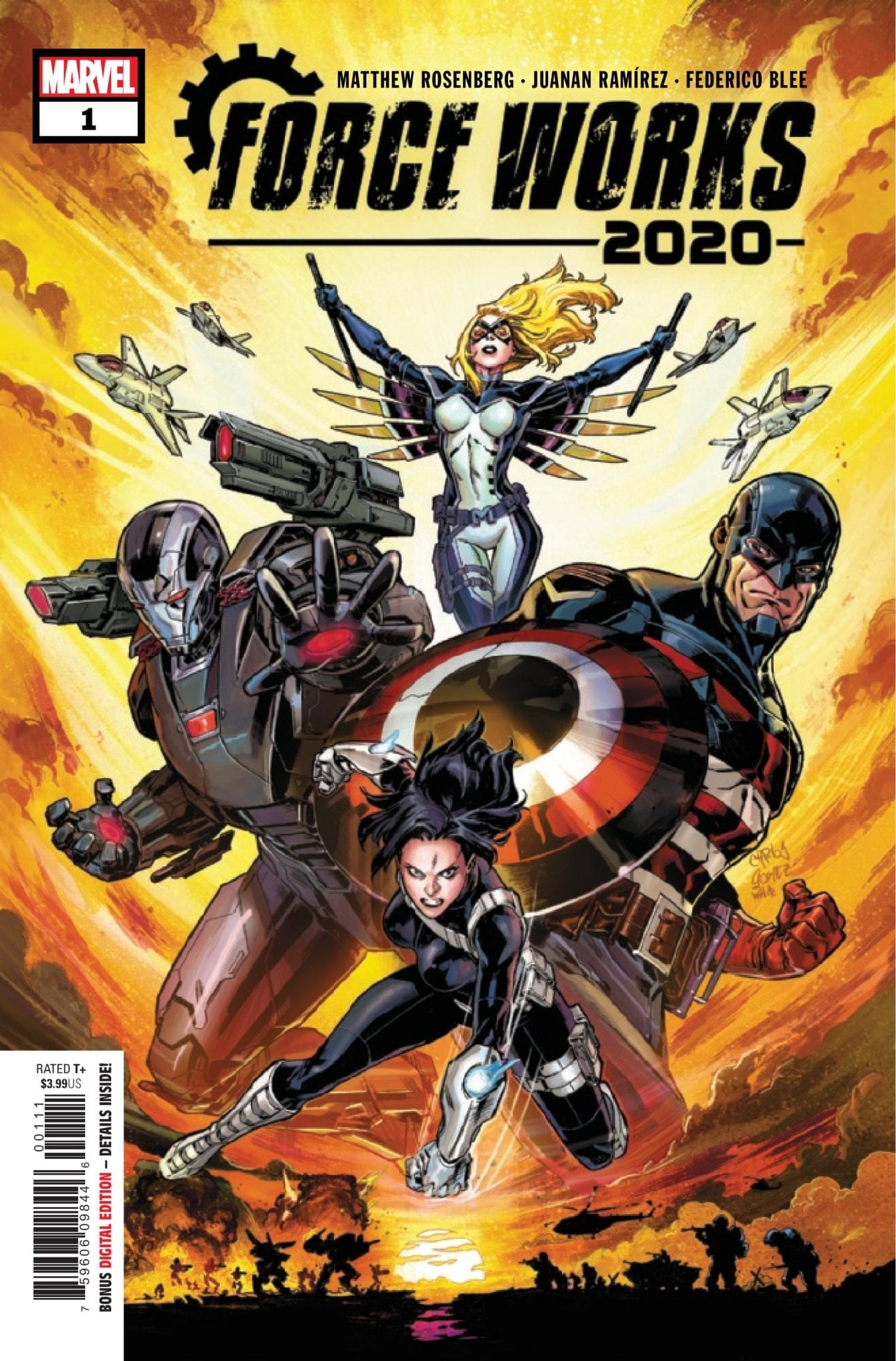 David Michelinie and artist Marc Silvestri created Solo, and he first appeared in Web of Spider-Man #19 from October 1986.