Falcon & Winter Soldier #1 (of 3) out this week from Marvel Comics, sets up the mystery with amazing art Federico Vicentini. Check out the six-page preview.

The book is written by Derek Landy, with art by Vicentini, Matt Milla handles colors, and letters by Joe Caramagna. Dan Mora and David Curiel worked on the cover.

About Falcon & Winter Soldier #1 (of 3):
An office of dead government agents. A gifted new killer. Two ex-Captain Americas…
When a dramatic attempt on the life of Bucky Barnes reunites him with Sam Wilson, the two old friends are plunged headlong into a race to uncover the new leader of Hydra before a mass casualty event announces the terror group’s resurgence to the world. The clock is ticking…

Will you give Falcon & Winter Soldier a chance? Give us your thoughts in the comment section below or on social media. 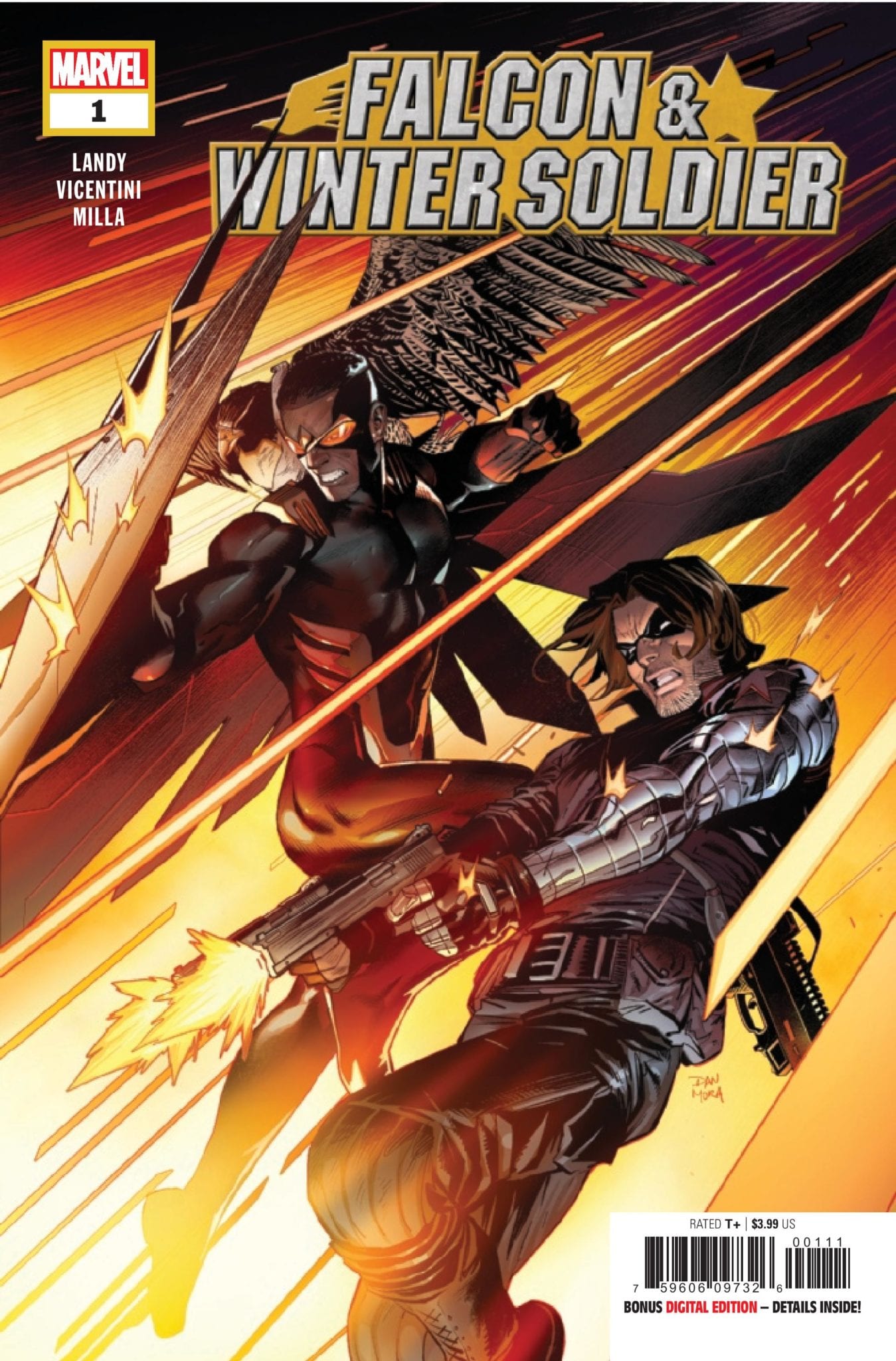 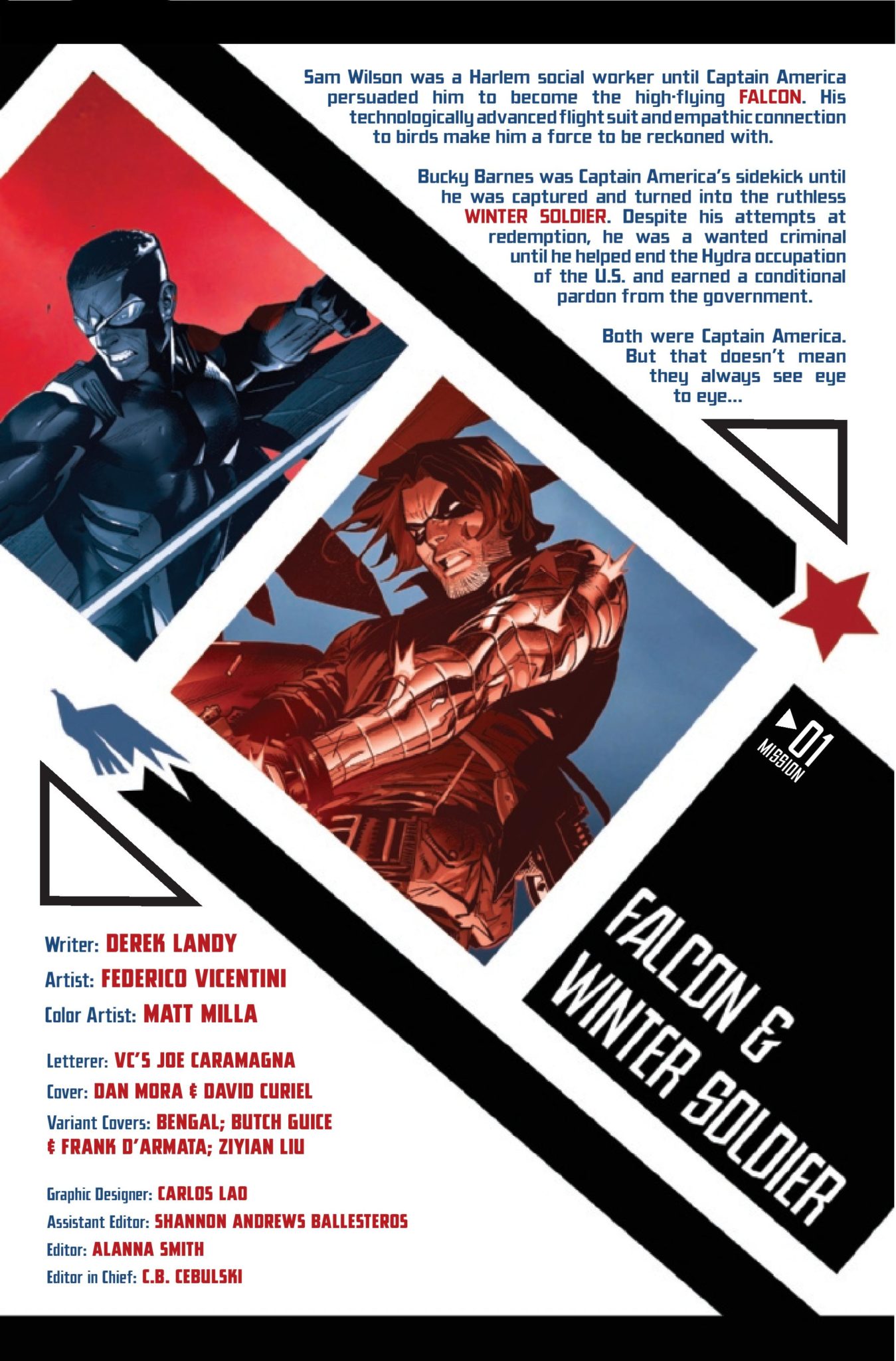 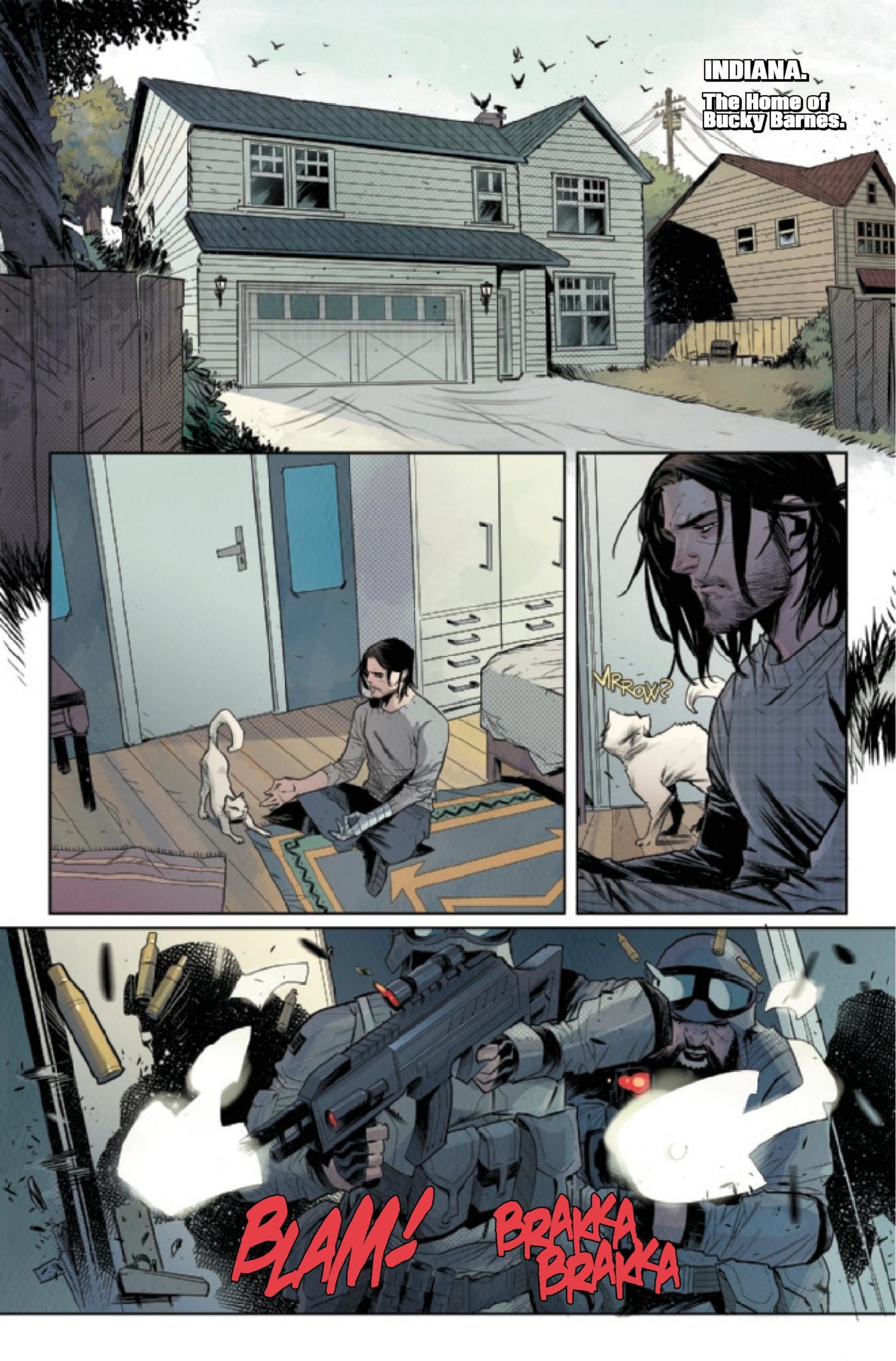 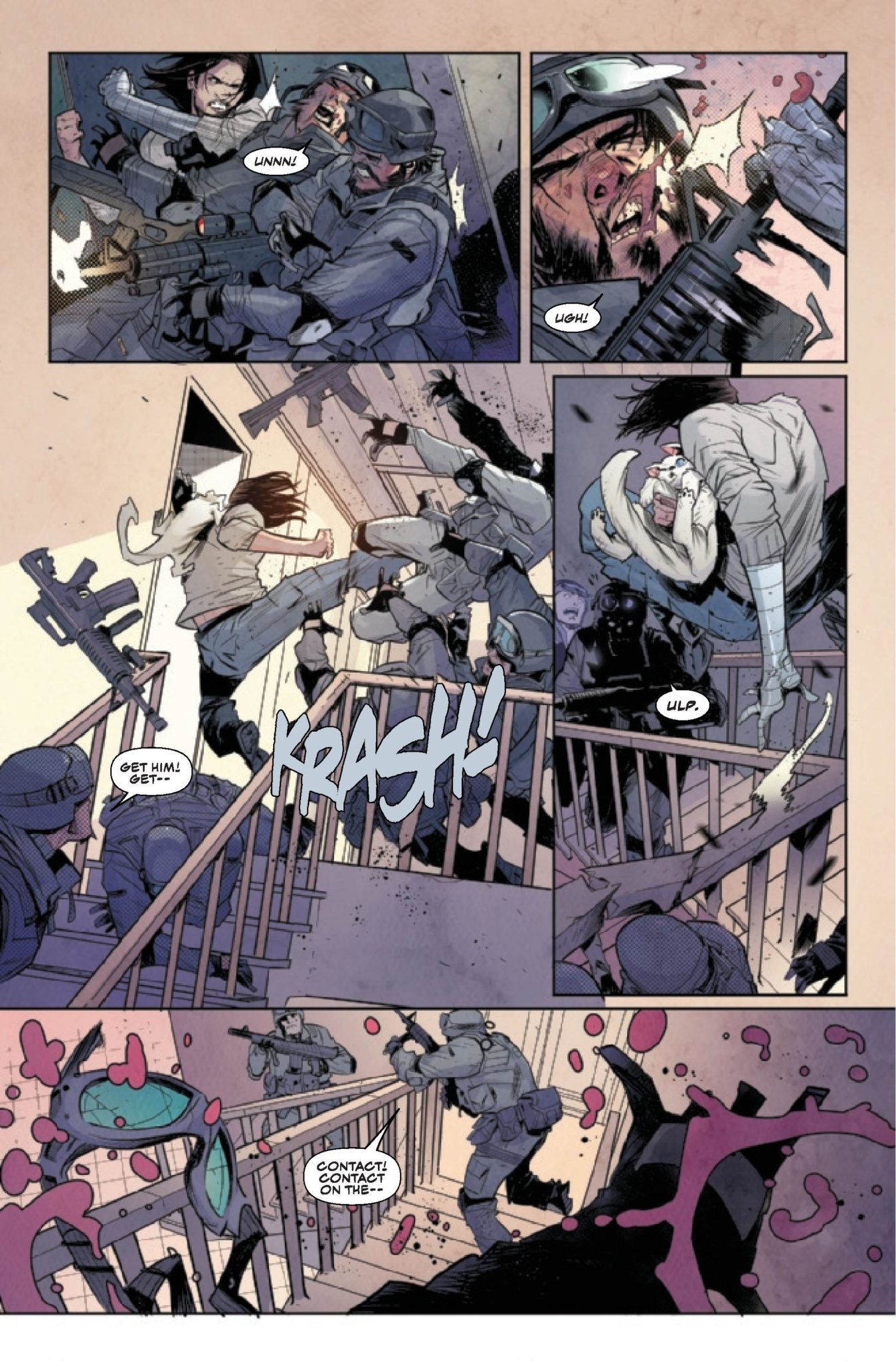 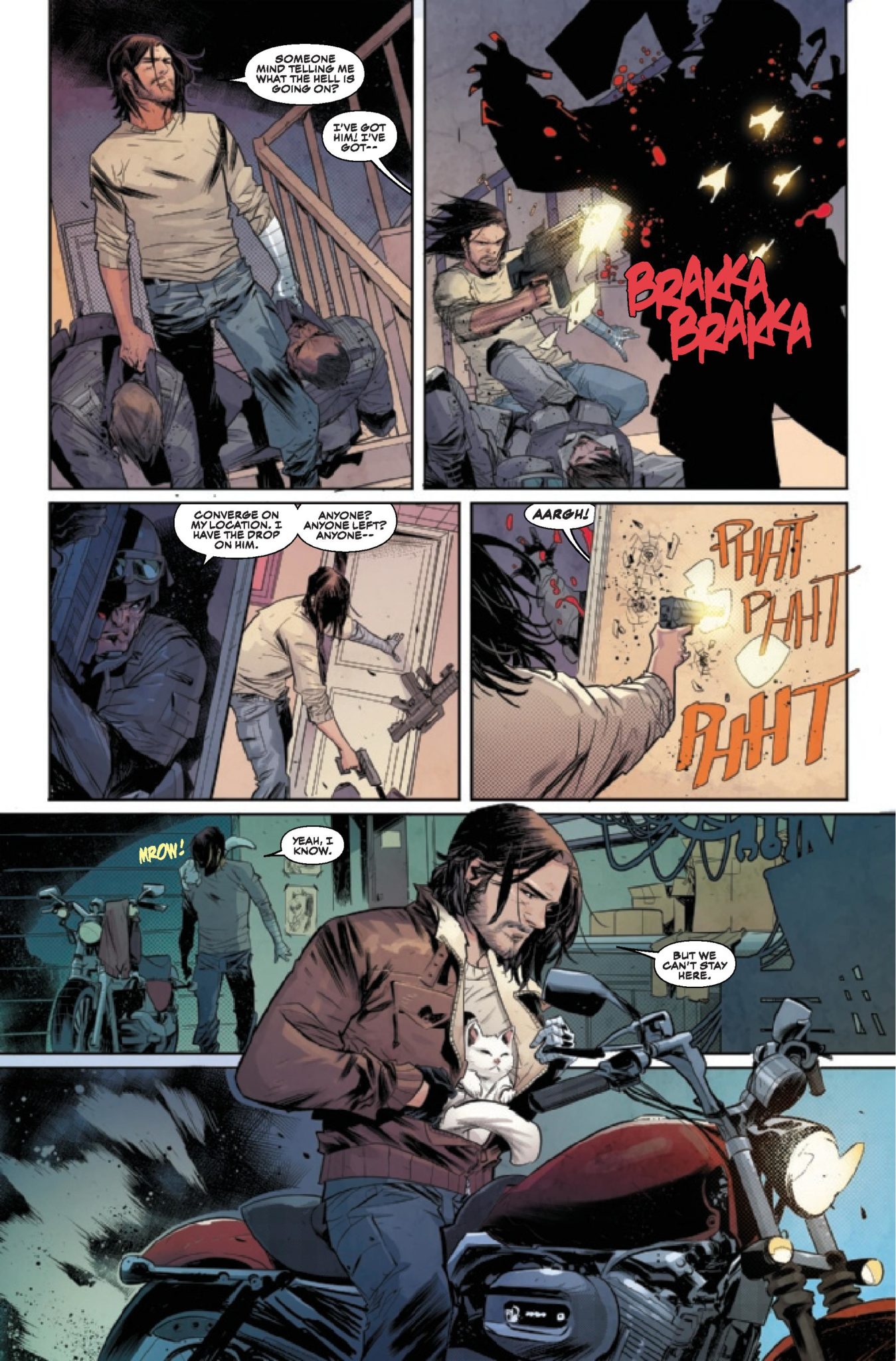 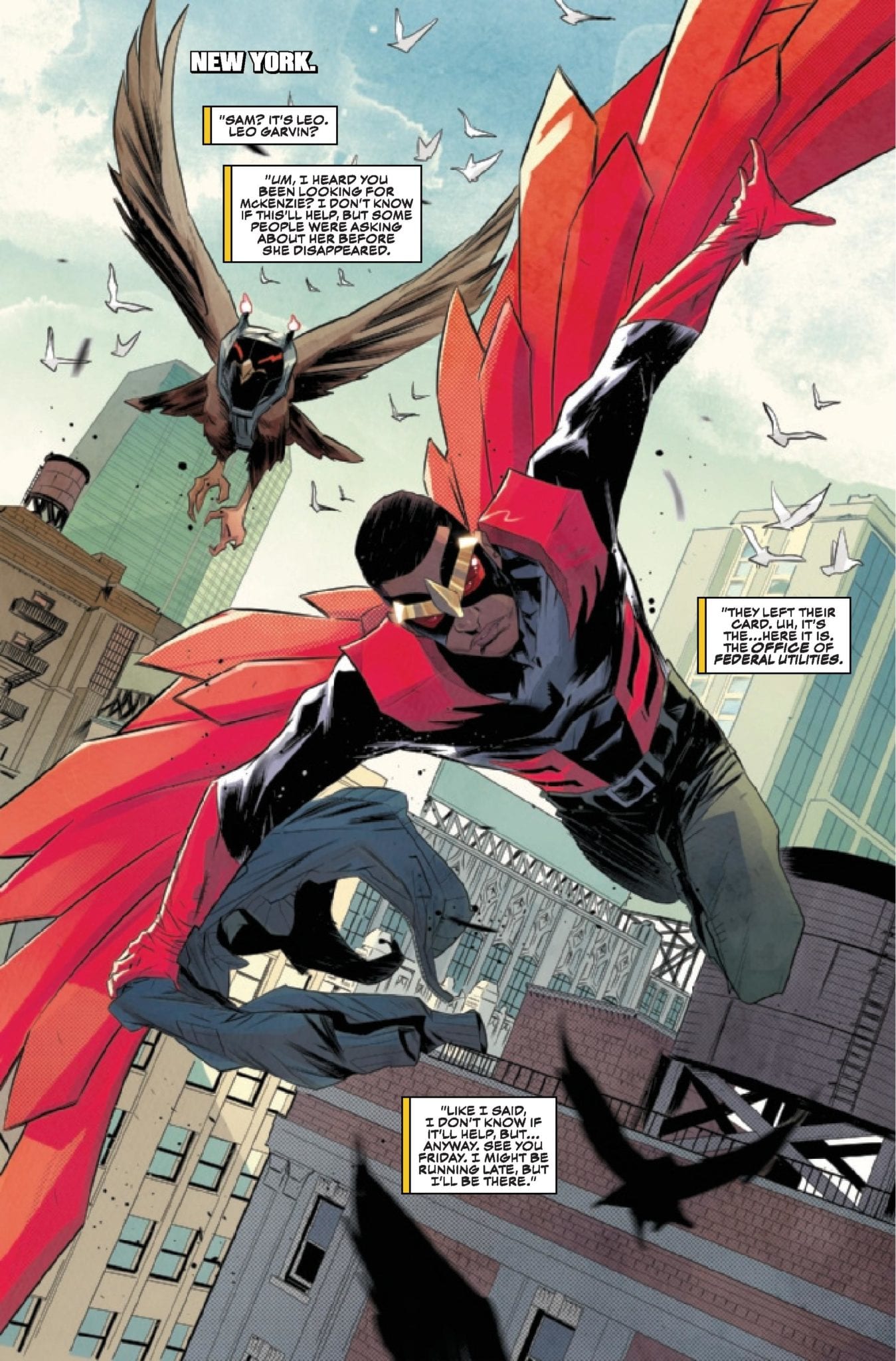 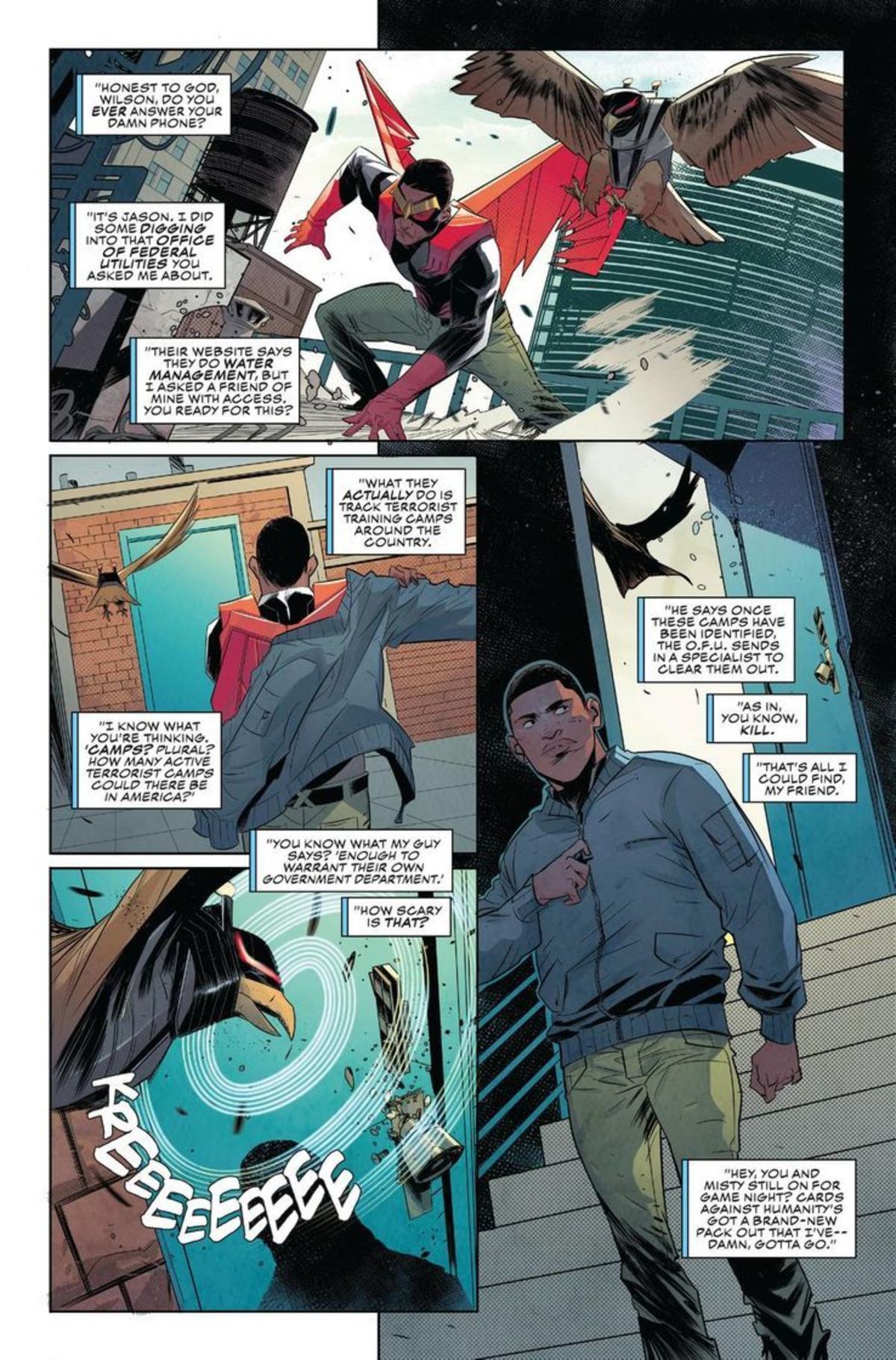 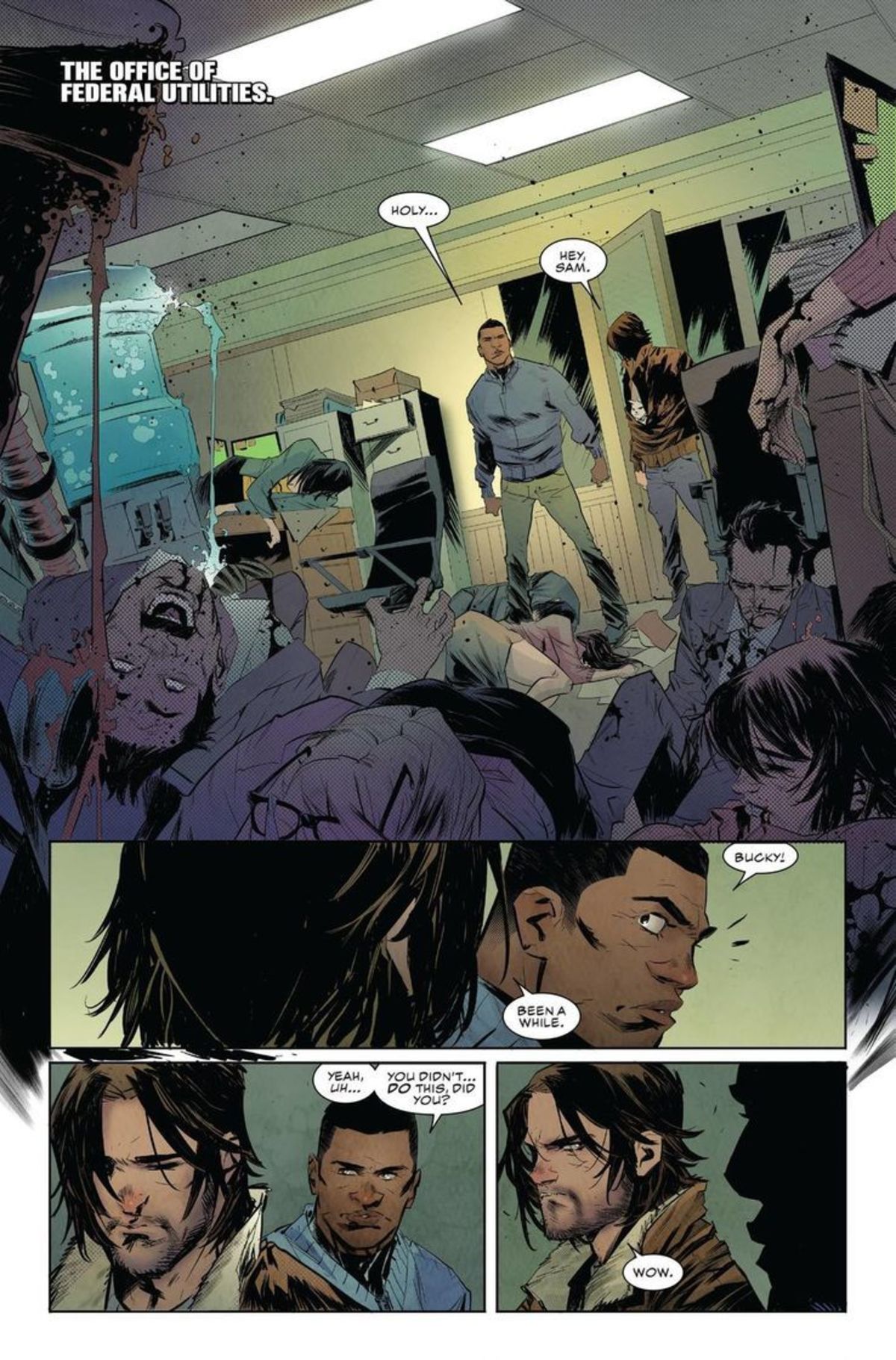 According to Wikipedia, Sam Wilson, aka the Falcon, was the first mainstream African-American superhero in mainstream comic books. Stan Lee and artist Gene Colan created the character, and he first appeared in Captain America #117 from September 1969.