Marvel Comics used the occasion of NYCC to break a lot of news regarding their upcoming comics plans. Below are just some of the highlights…

Guardians of the Galaxy: January 2020 will see the relaunch of this title by Al Ewing and Juan Cabal. Marvel’s statement on the series reads as follows:

“Ewing’s spin on Marvel’s flagship cosmic title is sure to be intense, putting the Guardians in the center of a new intergalactic war and going up against the latest threats facing the galaxy, including the reborn Dark Gods of Olympus.” 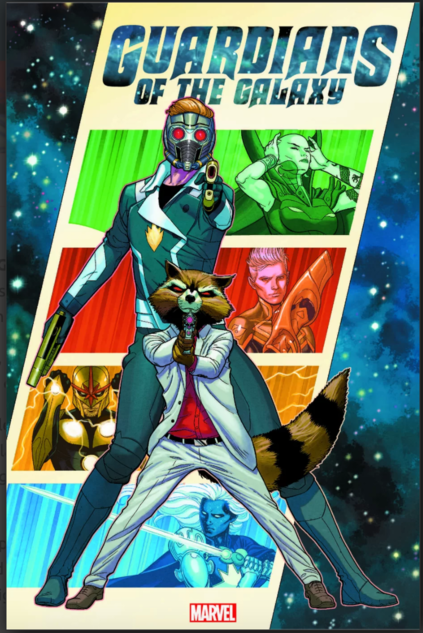 And here’s the solicitation:

GUARDIANS OF THE GALAXY #1
Writer: AL EWING
Artist: JUANN CABAL
IN 2020 — SPACE IS THE PLACE!
Once, they were a team of misfits. Now they’re a family, and they’ve earned their peace. But the universe is not a peaceful place — and it’s only getting worse. The Great Empires are in turmoil. The rule of law is dead. And amidst the chaos, the Gods of Olympus have returned — harbingers of a new age of war, reborn to burn their mark on the stars themselves. Someone has to guard the galaxy – but who will accept the mission? And will they survive it? Al Ewing (IMMORTAL HULK) and Juann Cabal (FRIENDLY NEIGHBORHOOD SPIDER-MAN) bring you in on the ground floor of a whole Marvel Universe of action and suspense!

Iron Man 2020: Writers Dan Slott and Christos Gage, along with artist Pete Woods, will helm this new title that picks up after the end of the current Tony Stark: Iron Man series. It stars Arno Stark from the 1980s Machine Man miniseries, whose “present day” will line up with the regular Marvel Universe next year. Editor Tom Breevort had this to say:

“Like the inexorable turning of pages on a calendar, we’ve been building up to the arrival of 2020 and the advent of Arno Stark as Iron Man ever since this latest run began! Here, all of the larger themes we’ve been playing with will come to the fore in a big, sweeping, epic action movie that anyone can enjoy!”

Marvels X: This six issue prequel to the Earth X limited series will reunite writers Alex Ross and Jim Krueger, this time joined by artist Velibor Stanojevic. Take a look at the solicitation for #1:

MARVELS X #1 (OF 6)
Writer: ALEX ROSS & JIM KRUEGER
Artist: VELIBOR STANOJEVIC
David has a problem. He lives in a world of monsters that would love to devour him. He’s the last boy on Earth. The last human being on Earth. And these creatures that see him only as prey, they’re his former neighbors. He has one hope: to get to New York. To get to where Captain America and the rest of the heroes are. Alex Ross and Jim Krueger combine their abilities with artist Well-Bee to tell a very uncanny prequel to the legendary EARTH X trilogy. 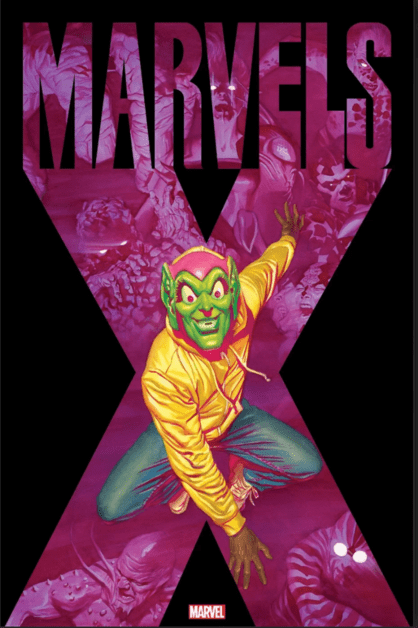 Star Wars: Yes, the main title is back with a new #1 written by Charles Soule and drawn by Jesus Saiz. This time around, the book will focus on the time period between Empire Strikes Back and Return of the Jedi. Here’s the solicitation:

STAR WARS #1
Written by CHARLES SOULE
Art by JESÚS SAIZ
Cover by RB SILVA
“No…I am your father.”
In the wake of the events following The Empire Strikes Back, it is a dark time for the heroes of the Rebellion. The Rebel fleet… scattered following a disastrous defeat at the Battle of Hoth. Han Solo…lost to the bounty hunter, Boba Fett, after being frozen in carbonite. And after being lured into a trap on Cloud City and bested in a vicious lightsaber duel against the evil Darth Vader, Luke Skywalker…learned the horrible truth about his past. Vader did not kill Luke’s father Anakin–Vader is Luke’s father! Now, after narrowly escaping the dark lord’s clutches, and wounded and reeling from the revelation, Luke, Princess Leia, Lando Calrissian, the Wookiee Chewbacca and the droids C-3PO and R2-D2 must fight their way back to the Rebel Alliance—for the fate of the entire galaxy is at stake! After so many losses is victory still possible? But, what Leia, Luke and their ragtag band of freedom fighters do not realize is that they have only traded one Imperial trap for another! Enter the cunning and vengeful Imperial Commander Zahra, at the helm of the Tarkin’s Will!
Writer Charles Soule (DARTH VADER) and artist Jesús Saiz (DOCTOR STRANGE) are taking us all to the galaxy far, far away next year! With covers by RB Silva (POWERS OF X)!
THE GREATEST SPACE ADVENTURE OF ALL TIME…BEGINS THIS JANUARY!!! 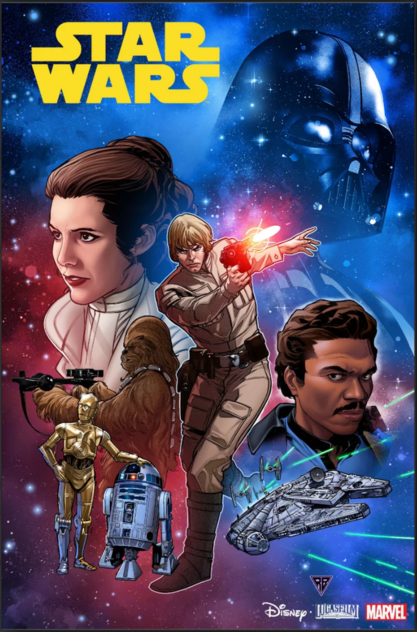 Thor: Donny Cates and Nic Klein will guide the new adventures of the God of Thunder starting next year, taking over from Jason Aaron. Cates had this to say:

“In all my wildest dreams, I could never have imagined a world in which I was worthy of writing Thor. From Stan Lee and Jack Kirby, all the way to the legendary run I am so foolishly following by the great Jason Aaron, it is beyond an honor to enter the golden halls of Asgard, and to pave the path (Far beyond the fields we know…) for the Thunder God himself. Know that you will have my best, true believers.  For all of you. For Asgard. Forever.”

The solicitation is short and sweet:

THOR #1
Writer: DONNY CATES
Artist: NIC KLEIN
A BRAND-NEW, SUPERSTAR CREATIVE TEAM TAKES THE KING OF ASGARD TO NEW REALMS OF GLORY!
The prince is now a king. All Asgard lies before Thor, the God of Thunder. And after many months of war, the Ten Realms are finally at peace. But the skies above the Realm Eternal are never clear for long. The Black Winter is coming. And the God of the Storm will be powerless before it. 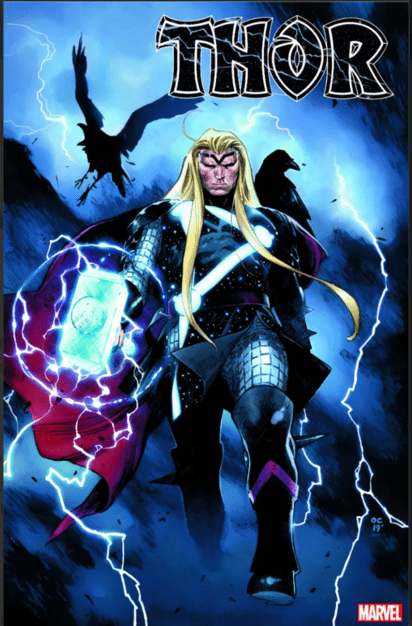 Wolverine: Marvel’s most popular mutant is getting his first solo ongoing title in five years, written by Benjamin Percy and drawn by the rotating team of Victor Bogdonavic and Adam Kubert. Percy’s statement shows his enthusiasm for the character:

“We all have that character. The one we love more than any other. The one we treasure in books and movies and maybe memorialize with a T-shirt or tattoo. The one we relate to as a cracked-mirror version of ourselves. For me – as a growly, grumpy, hairy, smelly, muscled, flannel-clad, whiskey-swilling loner who lives in the woods of the frozen north – it’s Logan. And though this might sound corny, it also feels right to say that writing Wolverine is a dream come true, a childhood fantasy realized. No kidding, bub.”

Whew, and that’s not even all the NYCC news! Head over to Marvel to see more about the X-Men, Chris Claremont, and some new merchandise coming your way.

Which of these 2020 projects gets you the most excited? Leave us a comment!