About the one-shot:
The Fantastic Four have earned some much-needed time away from the job, and Reed has planned a — well, fantastic — old-fashioned family vacation to the Grand Canyon for some good rest, relaxation, and team-bonding time. But Reed’s manic mind can’t quite disengage, and soon an obsessive side experiment he brought with him has all of them experiencing gruesome and terrifying side effects from his strange specimens. As everyone’s bodies begin to horribly go awry on a cellular level, it’s a race to solve their lethal affliction; all while stuck in a remote Arizona cabin with no help for miles.

When you think of the Fantastic Four, the perception is a cosmic, big concept team, so to turn the tables on them with an intimate cabin in the woods, body horror tale is impressive and exciting. From films like Scream, A Cabin in The Woods, and I Know What You Did Last Summer, you can already hear Johnny and Ben yelling at each other as the story unfolds, and the tension rises. Cantwell explains his concept for the one-shot.

“Getting a crack at the world’s most famous superhero family is a real gift and it immediately made me want to write a story about the very idea of family… so what better genre than the famed family road trip? Why not throw the Storms and Grimms in a station wagon and send them on an ol’ fashioned trip to the Grand Canyon where they can get on each other’s nerves as only family can do? Oh, and did I mention I’m a huge fan of David Cronenberg’s body horror movies? I think we ended up with something quite disturbing in this tale,” said Cantwell via Marvel Comics.

Are you excited for a Fantastic Four horror tale? Comment below with your thoughts. 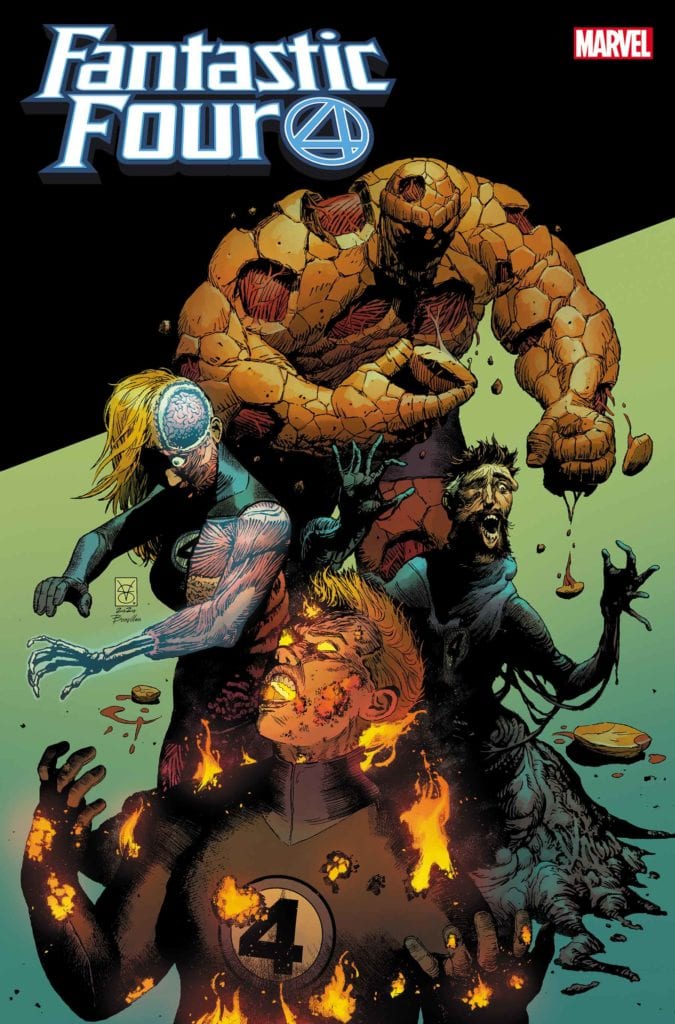