SYMBIOTE SPIDER-MAN #3 written by Peter David, with art by Greg Land hits your local comic book shop on June 12, but thanks to Marvel Comics, Monkeys Fighting Robots has an exclusive preview for you.

Electro has a ridiculous costume but looks amazing when done right. Land is one with the force in SYMBIOTE SPIDER-MAN #3.

From comic titans, Peter David and Greg Land, comes the third installment of an all-new Spider-Man tale set during the original ALIEN COSTUME SAGA. After glimpsing the strange abilities of Spider-Man’s bizarre black suit, Mysterio is determined to uncover the secrets of the enigmatic ensemble – secrets Peter Parker hasn’t even realized. Uncovering a shameful secret from Black Cat’s past, Mysterio may have found the blackmail necessary to get close to the suit, and in doing so will set Felicia down a path where any misstep could result in her losing Peter forever.

Check out the four-page preview below. 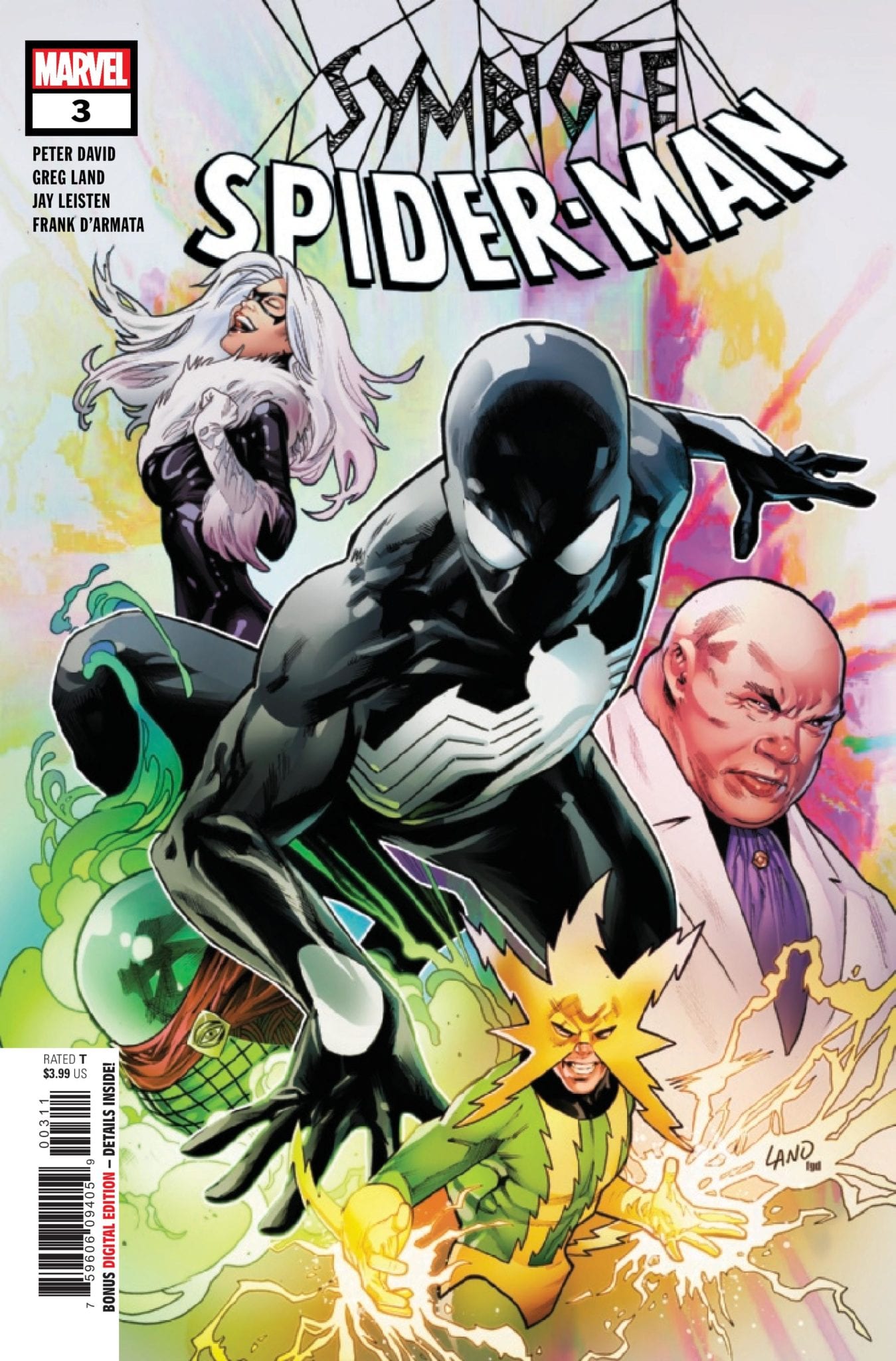 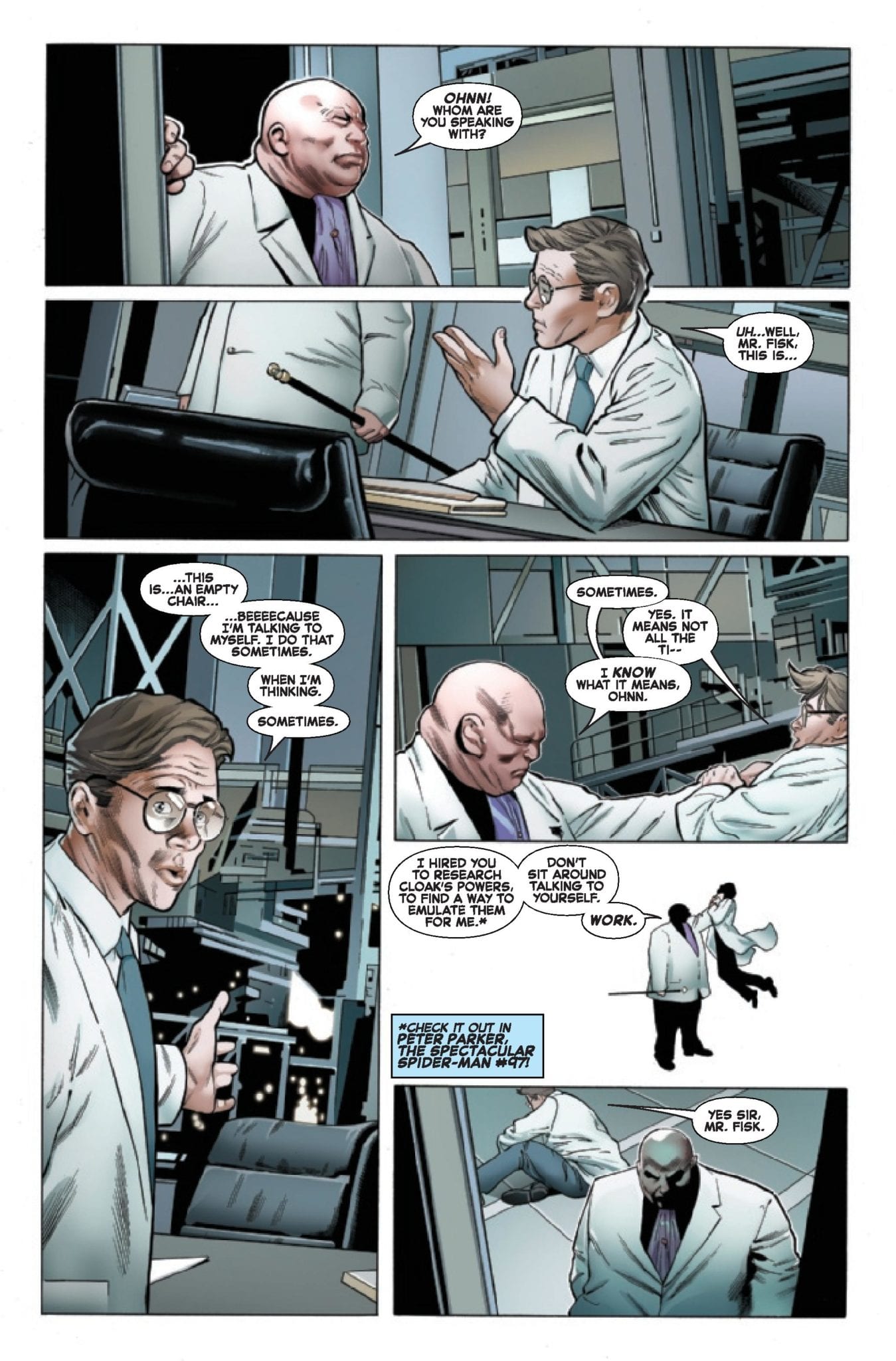 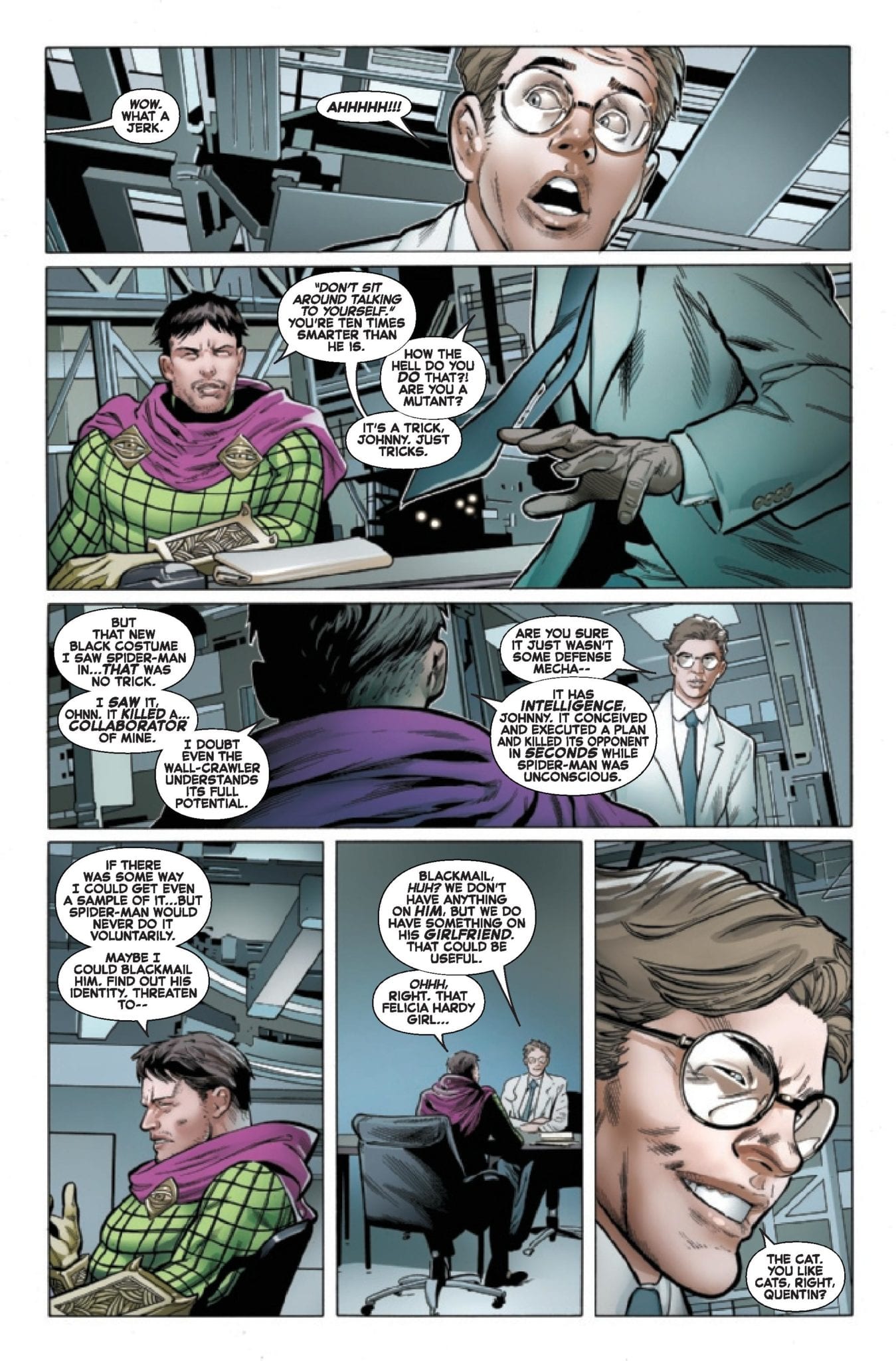 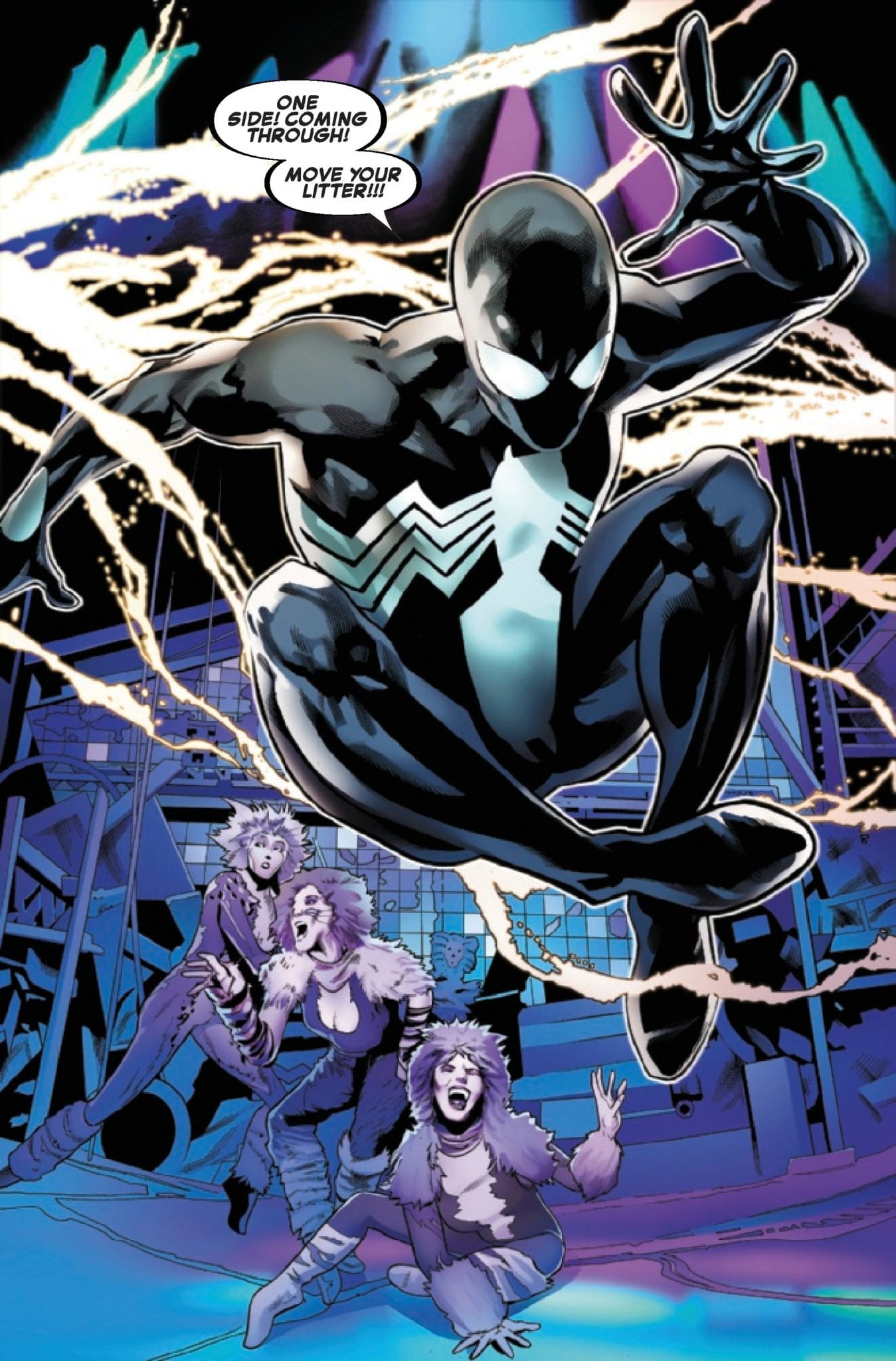 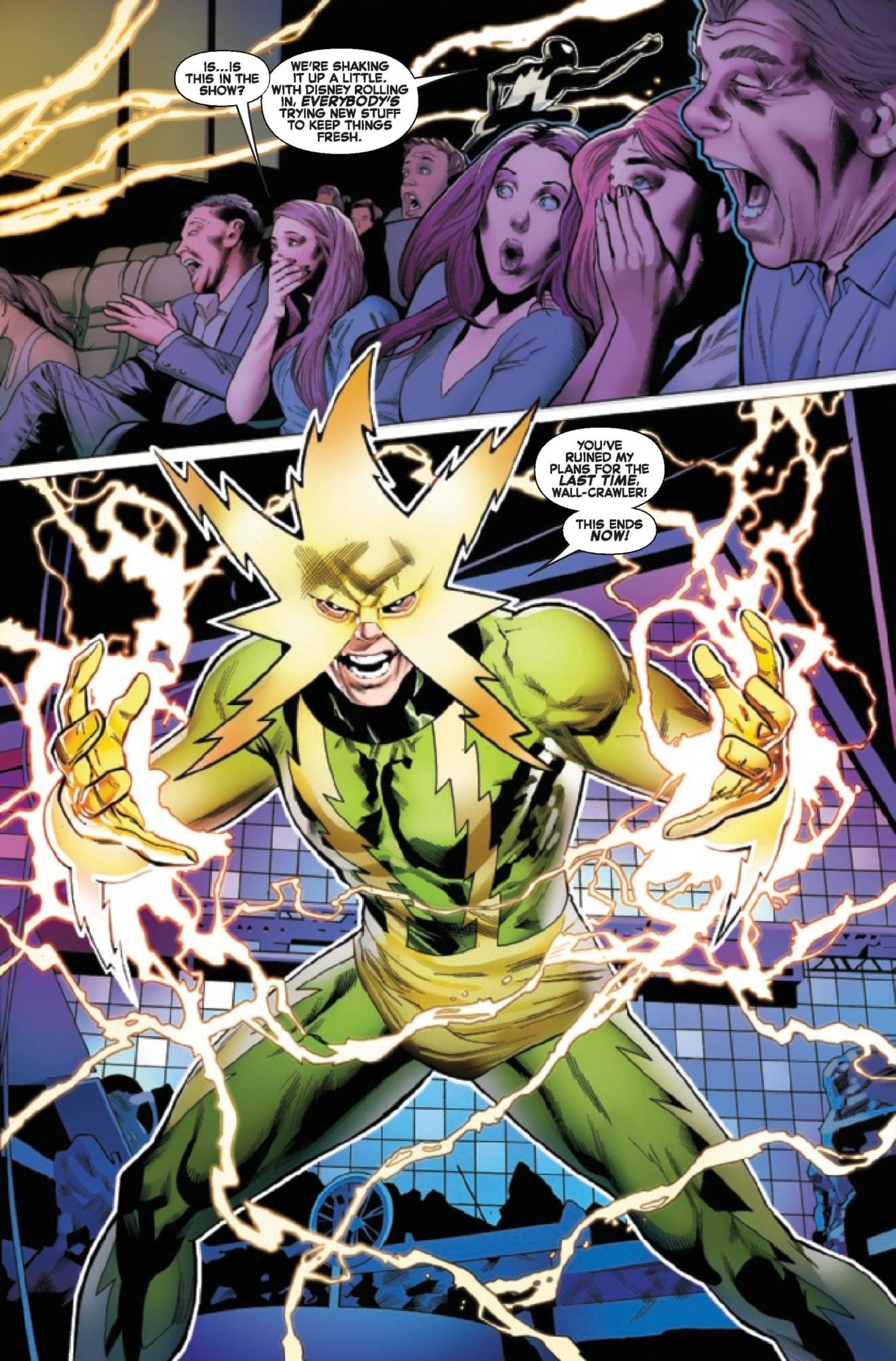