Will Donny Cates light the world on fire again with SILVER SURFER BLACK?

SILVER SURFER BLACK #1, written by Donny Cates with art by Tradd Moore and Dave Stewart, hits your local comic book shop on June 12, but thanks to Marvel Comics, Monkeys Fighting Robots has an exclusive preview for you.

“When Donny Cates wrote the first issue of the new GUARDIANS OF THE GALAXY series, we both agreed that Silver Surfer’s adventure wasn’t going to end there, that there was still more story to be told about what happened to all the cosmic heroes that got sucked into the Black Order’s wormhole. But Donny’s imagination really kicked into gear when artist Tradd Moore signed on! Readers won’t realize it, but SILVER SURFER: BLACK is a culmination of everything Donny has been writing since his THANOS run. And Tradd Moore is delivering some of the craziest visuals seen in a Marvel Comic today,” said Editor Darren Shan via Marvel.com.

PSA – I don’t think you are prepared for Moore’s art on this book! Please sit down before proceeding to the preview.

Spinning out of GUARDIANS OF THE GALAXY #1, almost the entire galaxy’s defenders have been blown through a black hole, including the Silver Surfer! But the story doesn’t end there… In order to fight back the oblivion, Surfer will have to fight to save his own soul and not lose himself to the void. Follow the Sentinel of the Spaceways on a journey that will change him forever!

Check out the four-page preview below. 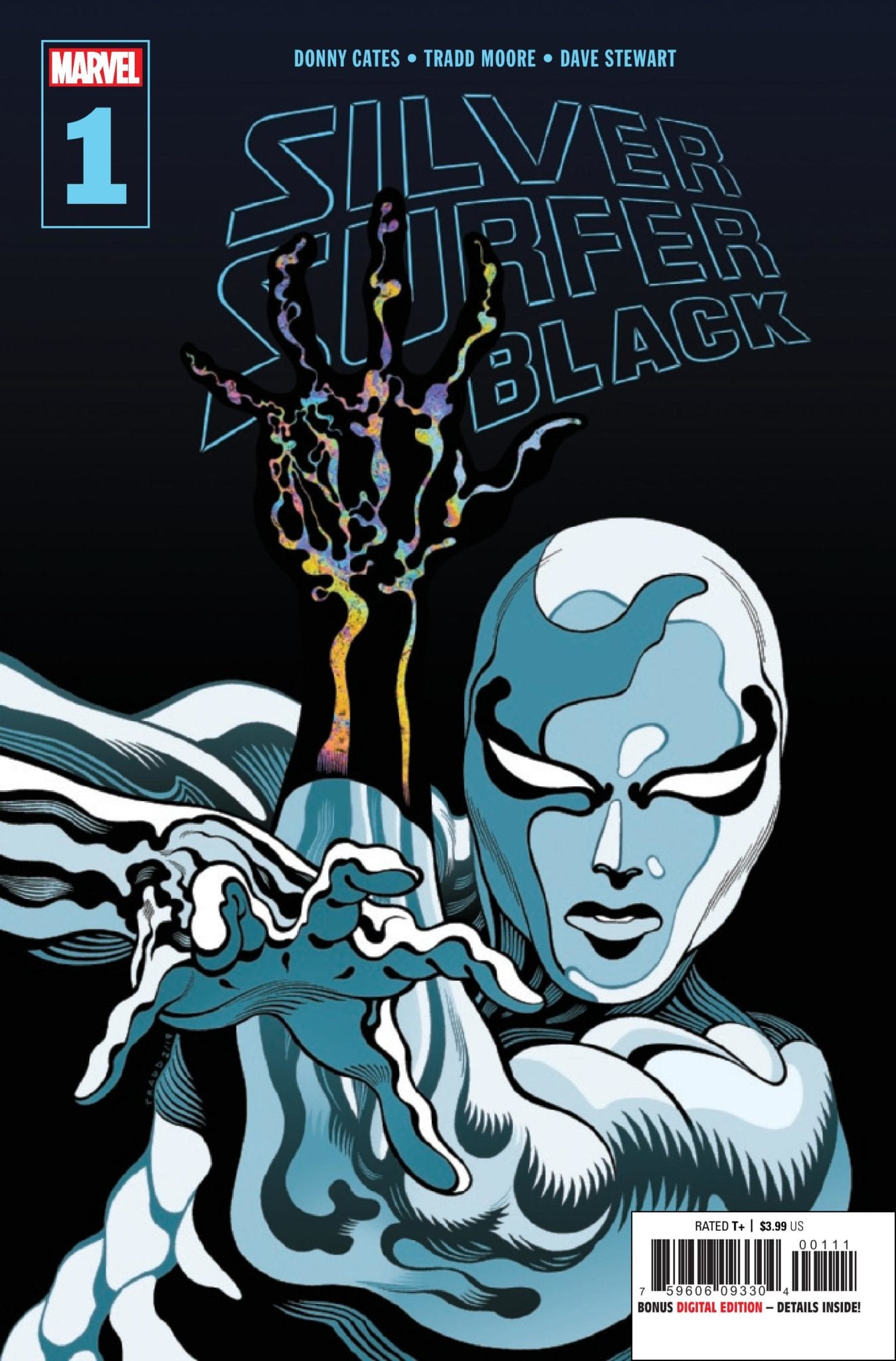 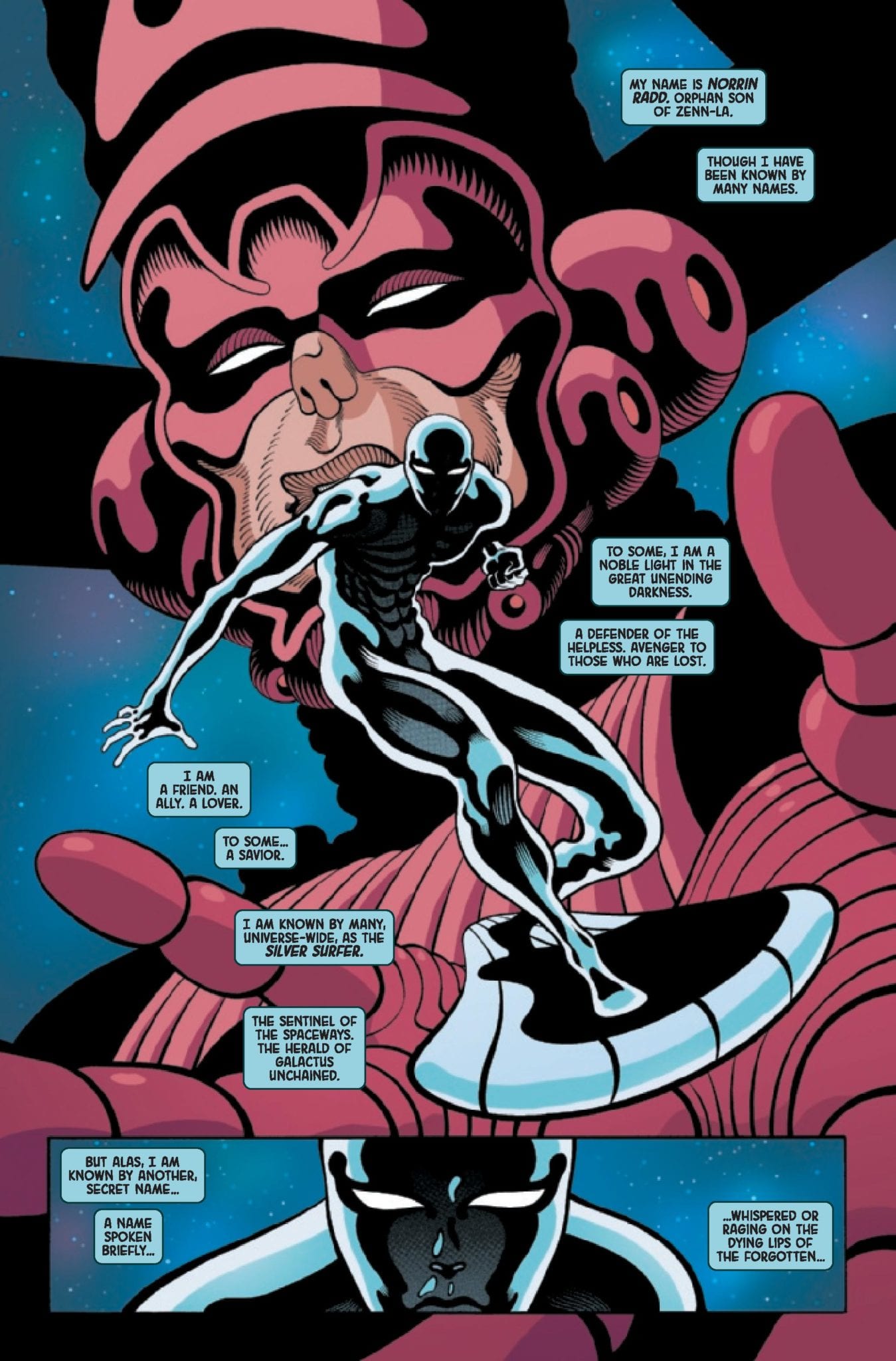 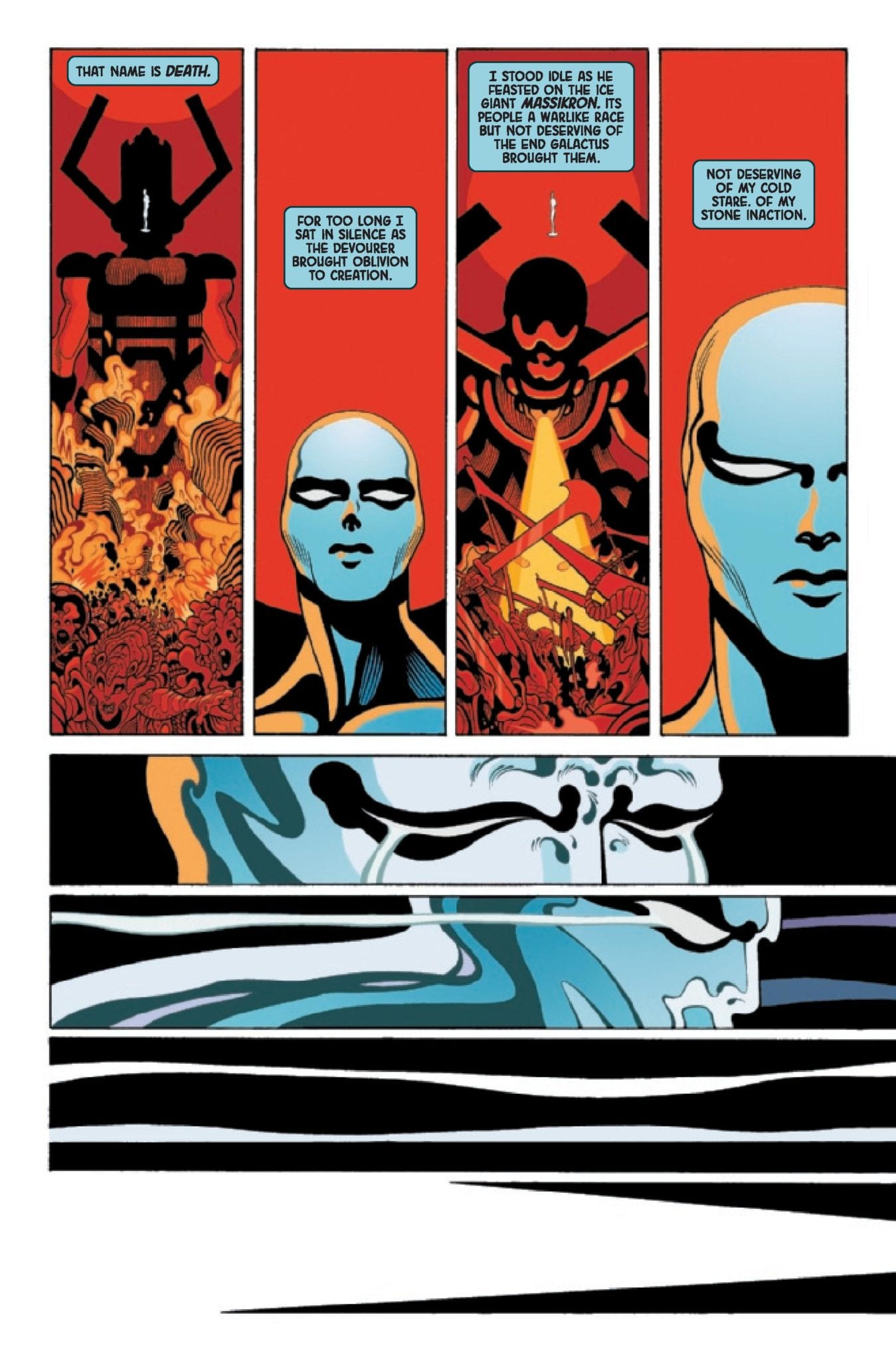 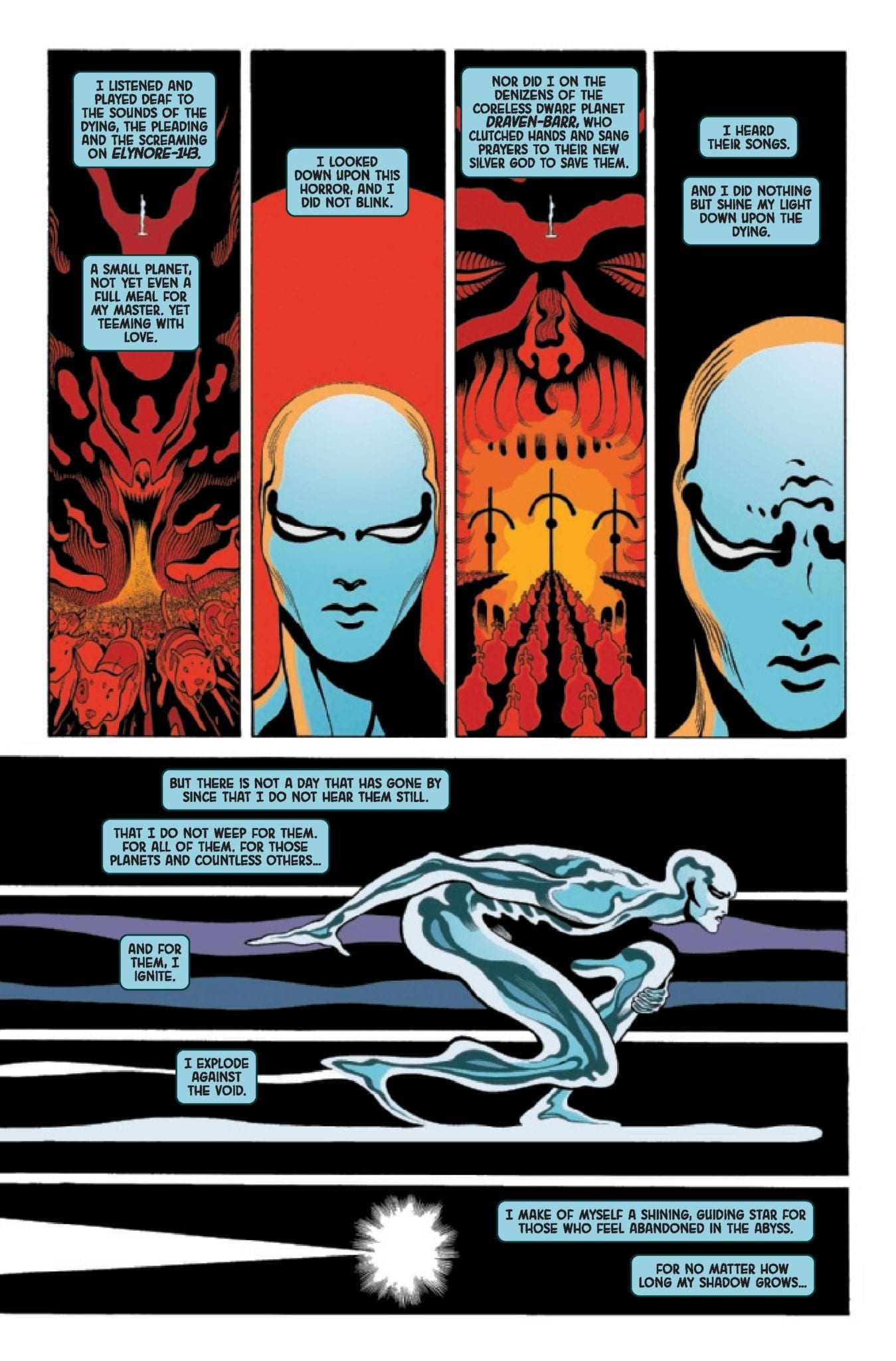 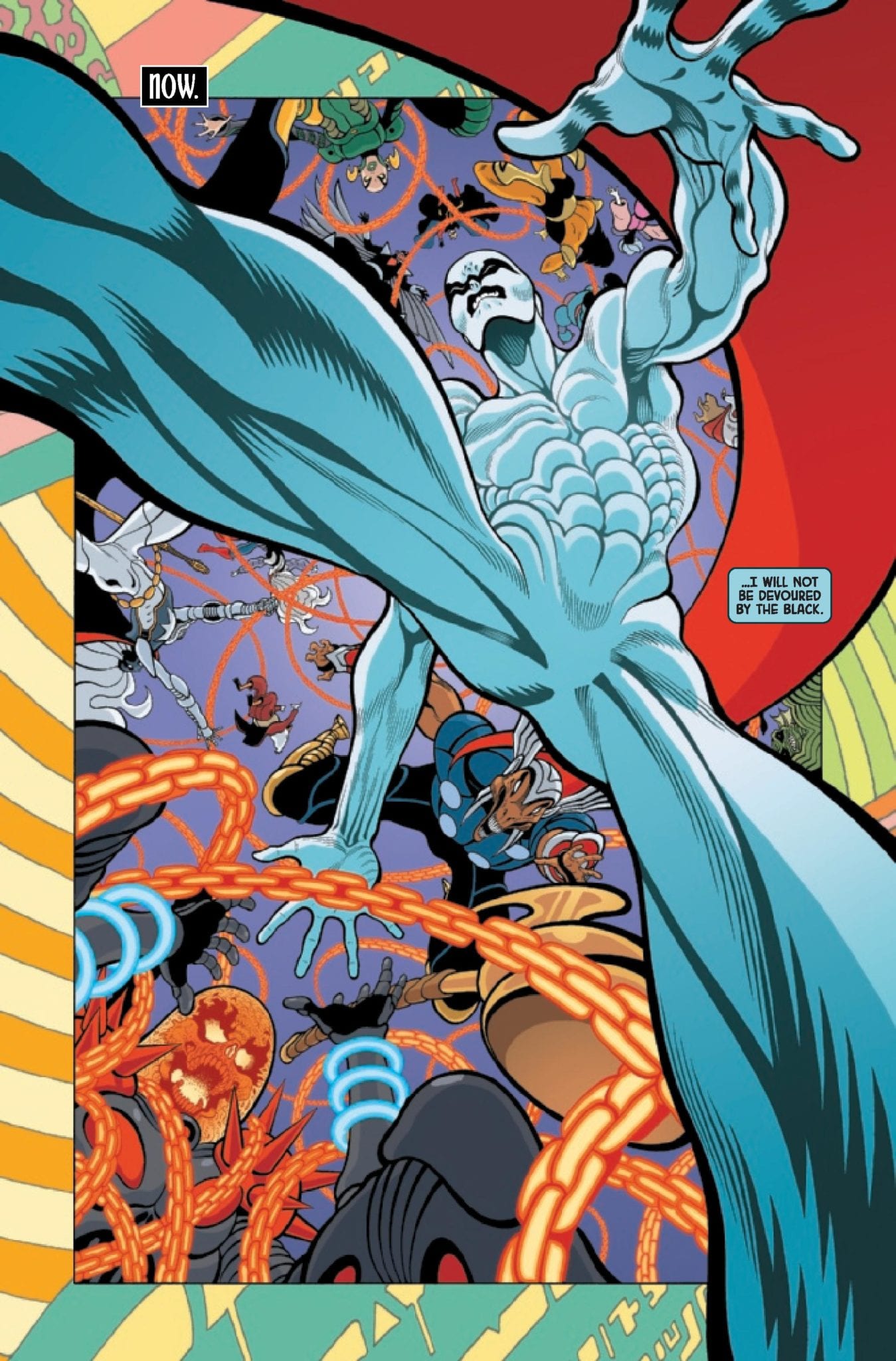 What do you think, are you going to add SILVER SURFER BLACK to your pull list? Comment below with your thoughts.

The Silver Surfer was created by Jack Kirby and first appeared in the comic book Fantastic Four #48, published in 1966.