Fantastic Four: The Prodigal Sun #1 hits your local comic books store on July 3, but thanks to Marvel Comics, Monkeys Fighting Robots has an exclusive four-page preview of the issue to share with you.

About Fantastic Four: The Prodigal Sun #1:

CHAPTER 1 OF 3! The first of three interconnected special issues featuring the FANTASTIC FOUR, the SILVER SURFER and the GUARDIANS OF THE GALAXY! Introducing PRODIGAL, a strange alien being who has crash-landed in the Savage Land. When he becomes worshipped by a race of swamp-dwelling barbarians, Ka-Zar and Shanna call upon the Fantastic Four to aid them in stopping the barbarians’ plans to conquer the entirety of their world. Join Prodigal on his lengthy journey to try to return home to settle old scores. 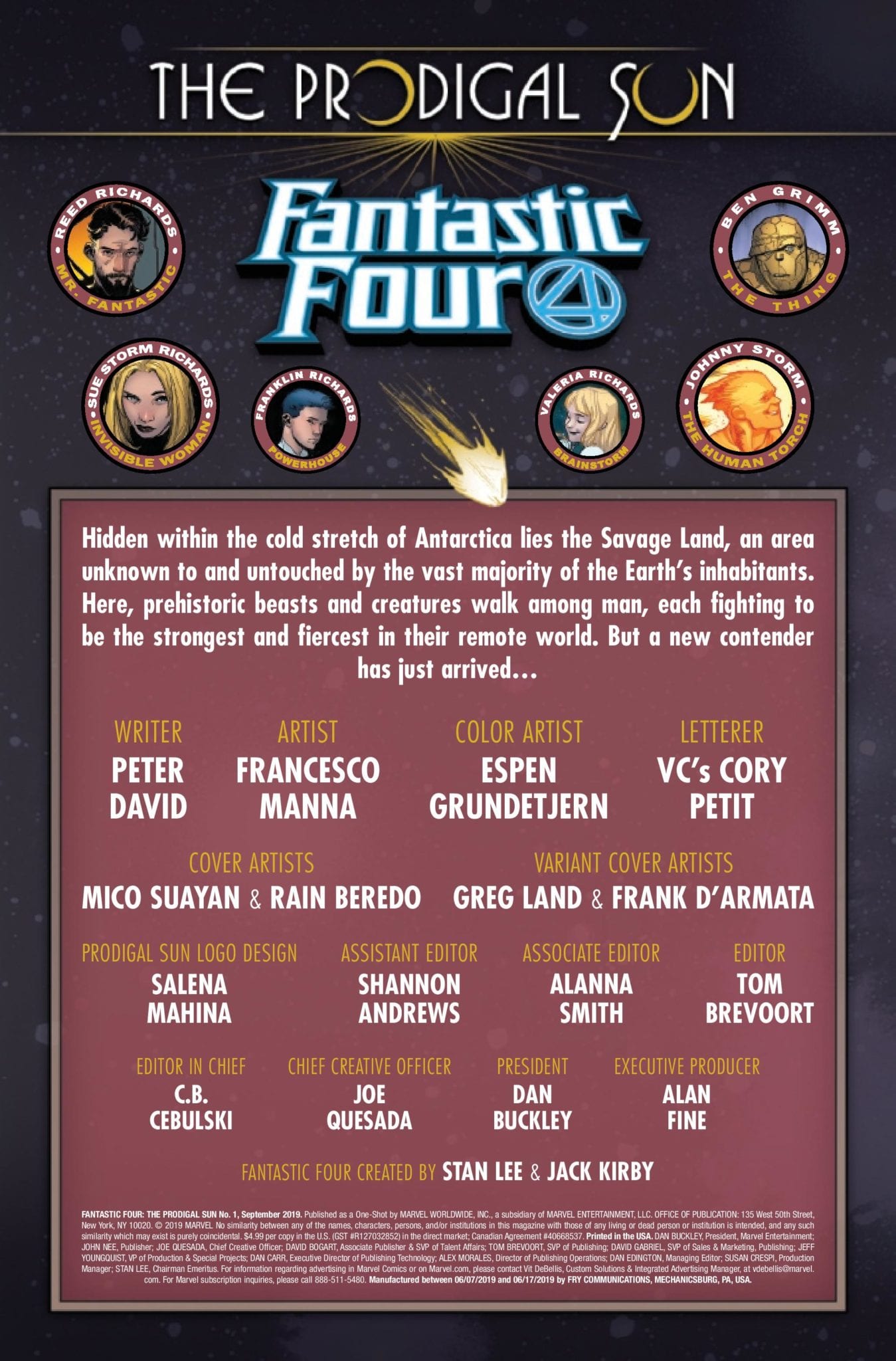 Review: A Driving Test Menaces The Team in FANTASTIC FOUR #11
“As with other issues of Dan Slott’s run, this installment focuses on the Fantastic Four’s family dynamic first and foremost. As long as Slott continues to do so in an enjoyable way, fans can consider the writer’s take on the First Family as a solid series that explores common domestic issues.” – Colin Tessier 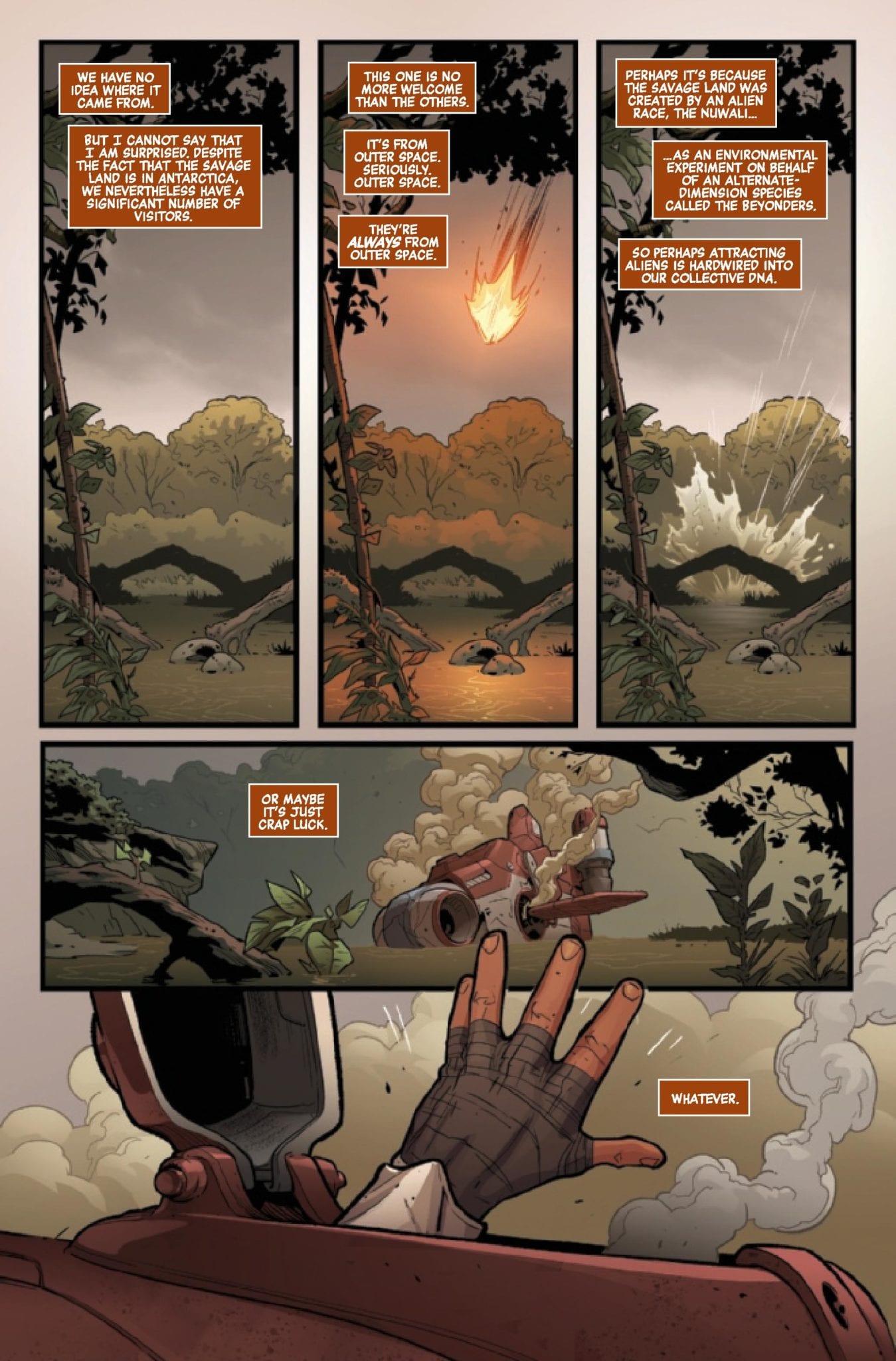 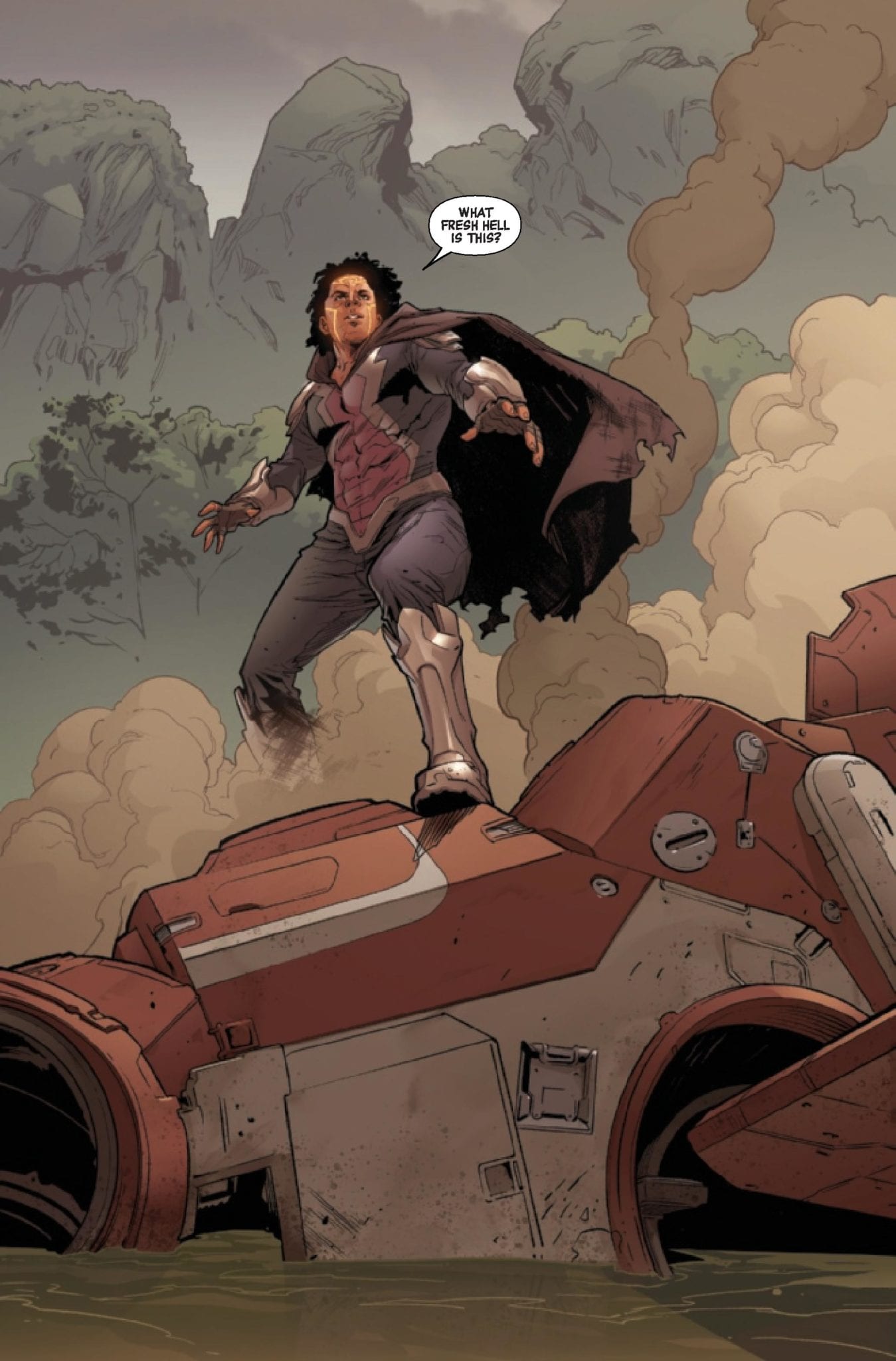 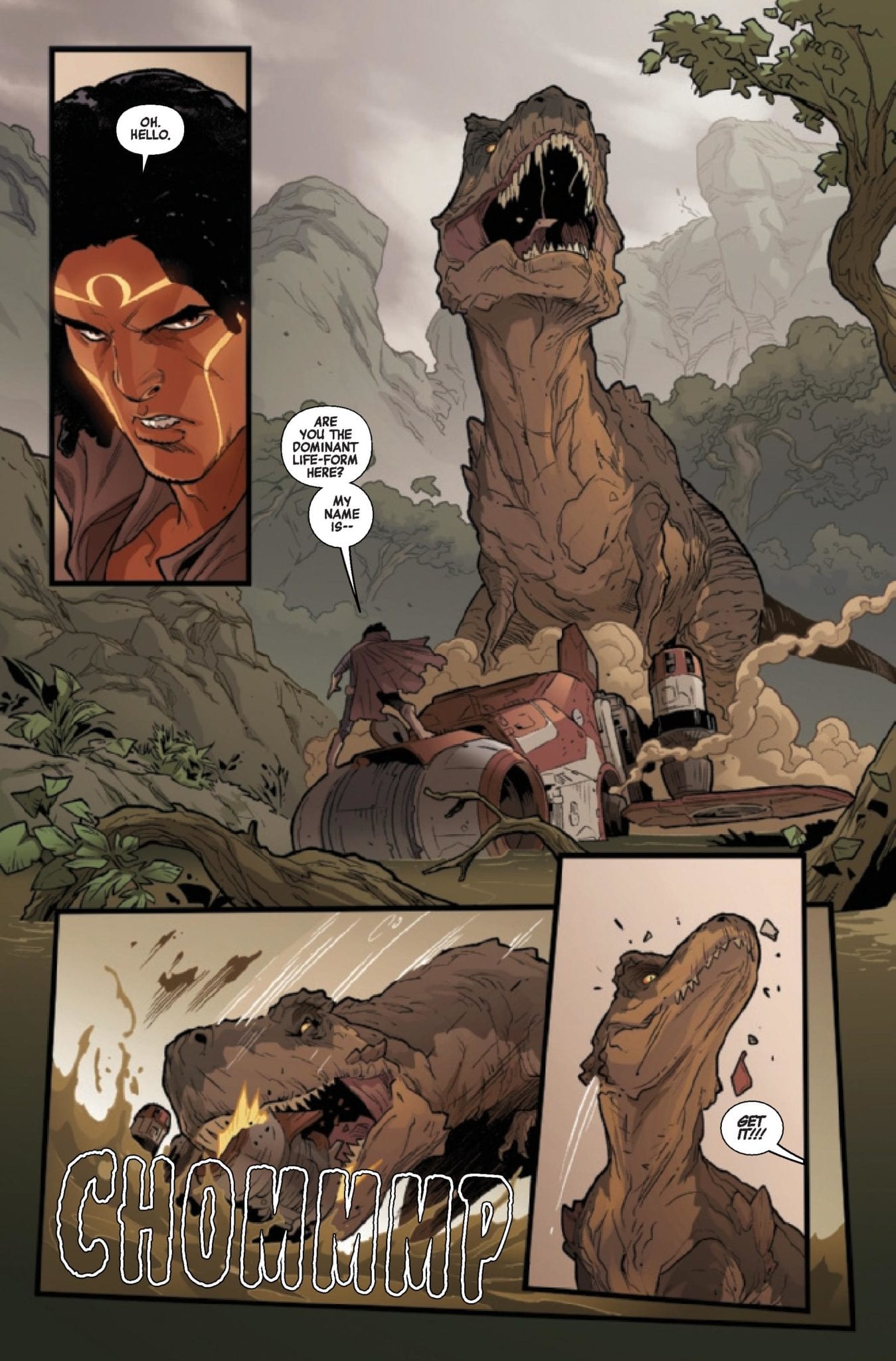 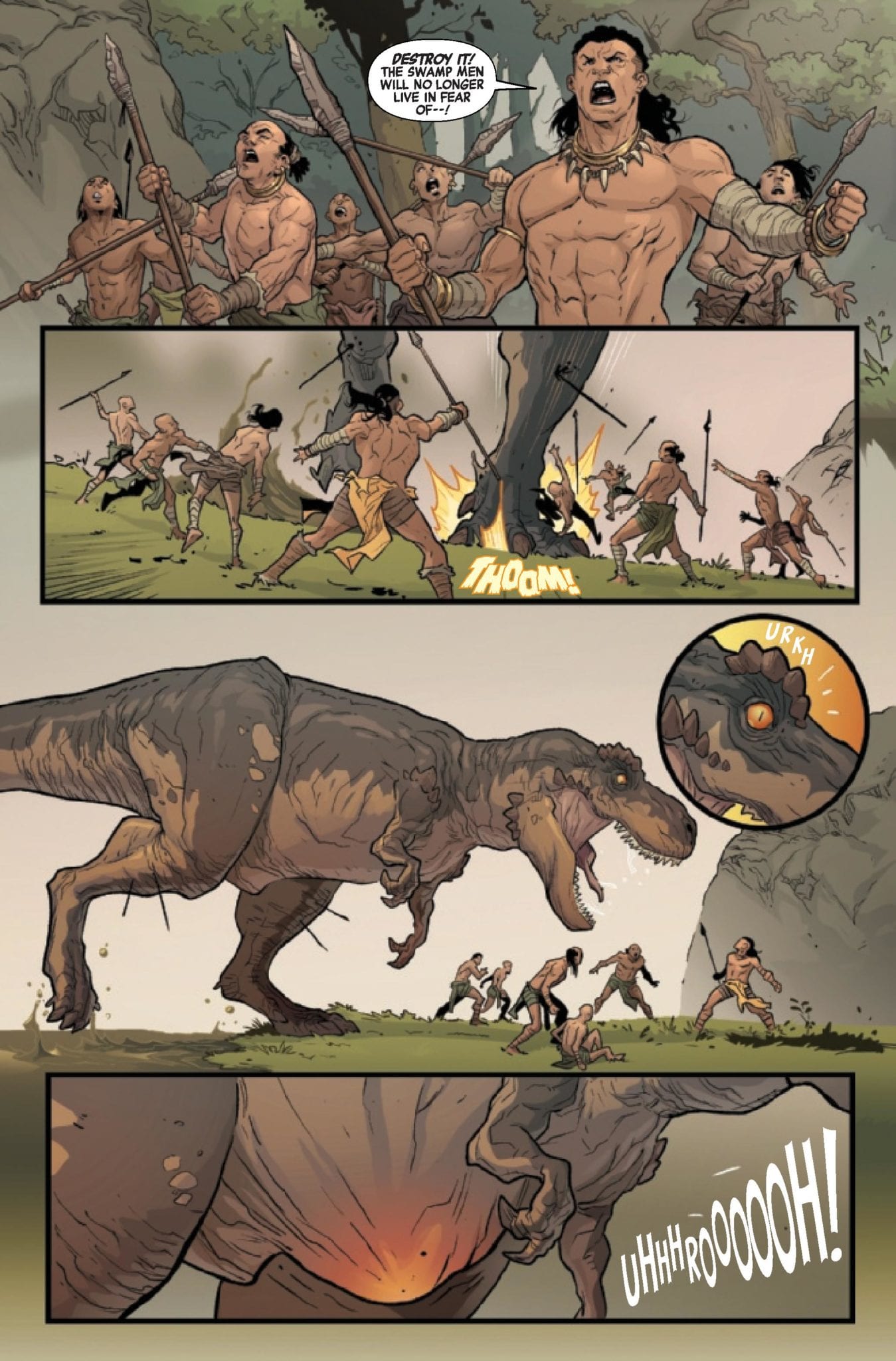 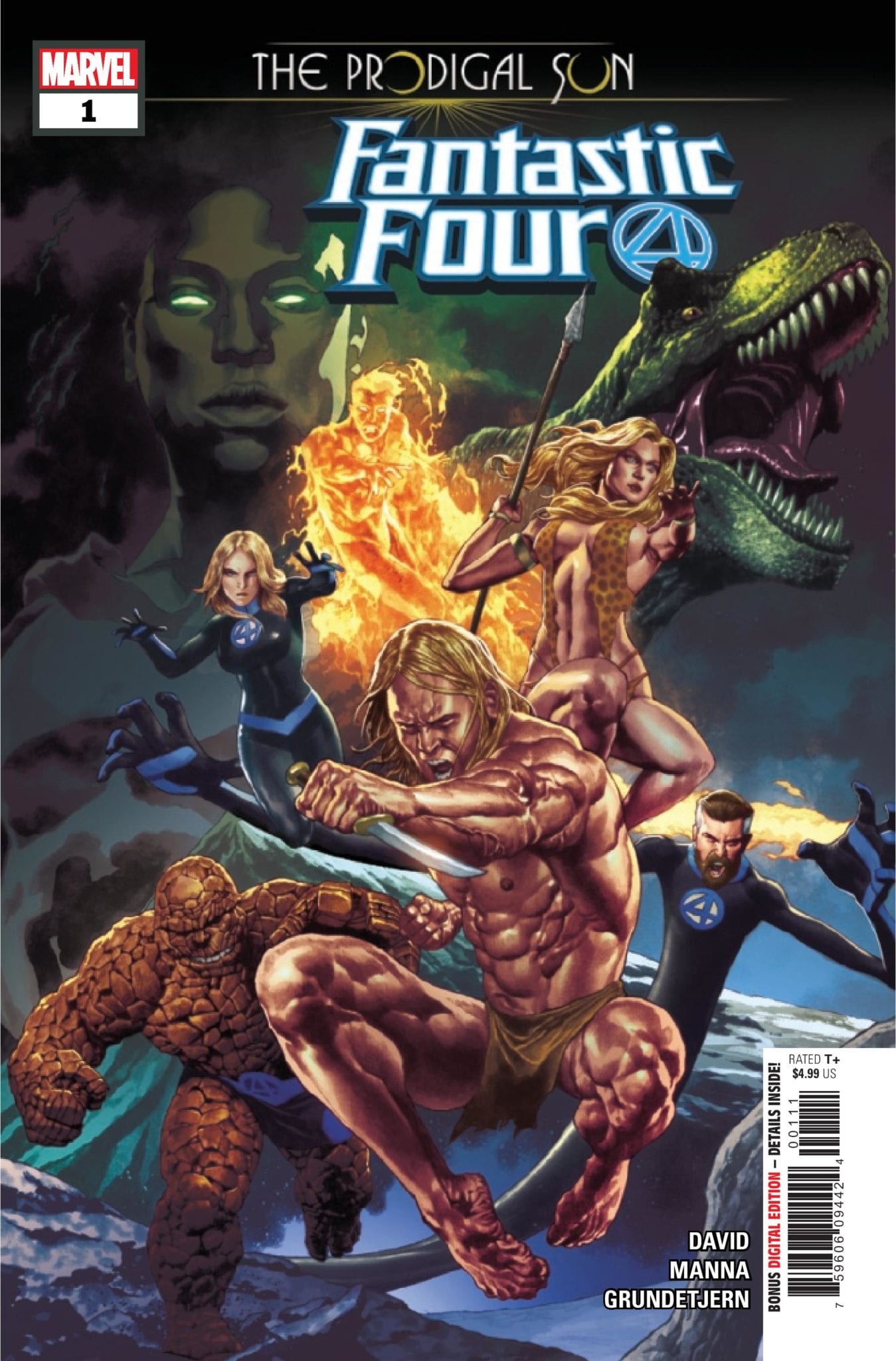 Are you excited to see what David does with Marvel’s First Family in the Savage Land? Comment below with your thoughts.