2019 has already been a big Marvel year, with Captain Marvel and Avengers Endgame breaking box office records. Now, the comics side of the company is looking to get in on the action with their official announcement — after numerous teases — of Marvel Comics #1000. 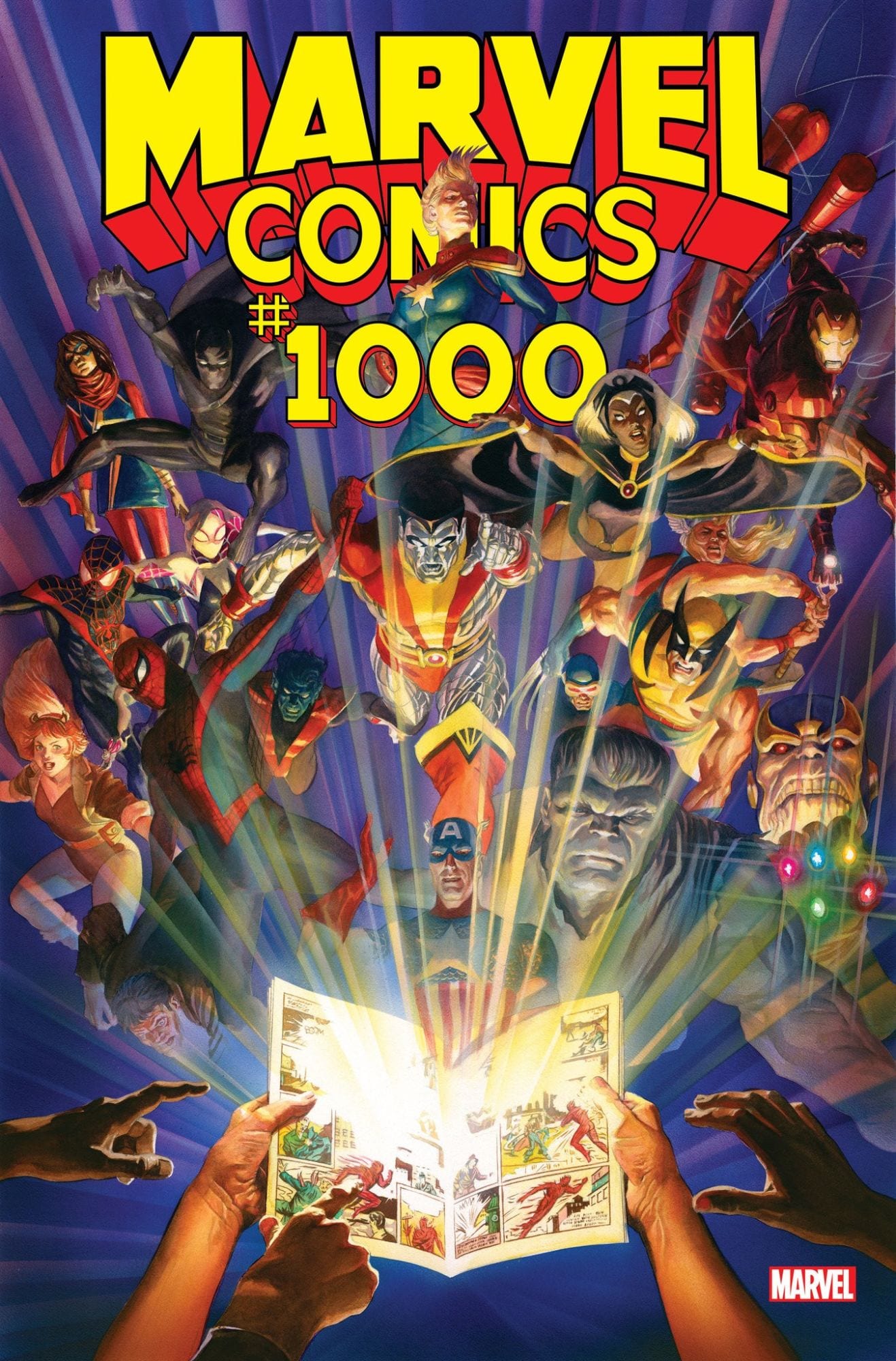 Here’s the official description from Marvel:

MARVEL COMICS #1000 will tell the ultimate story celebrating 80 years of the Marvel Universe, with each page contributed by one of the 80 luminary creative teams. But before it moves forward, the book will look back to its own origin story in MARVEL COMICS #1, first published on Aug. 31, 1939 when the company was known as Timely Comics. The very first panel of MARVEL COMICS #1000 will reflect a panel from the original first issue and go on to reveal more mysteries of the Marvel Universe, featuring an enigmatic artifact known as the Eternity Mask.

One notable absence from Alex Ross’s cover above is the team that started what we now know as the Marvel Age: The Fantastic Four.

The New York Times has some further information:

Each page of the comic will correlate to one year in Marvel history. Along the way, readers will see many of the marquee characters from the mighty Marvel universe like Captain America, Thor and Iron Man, and some less familiar ones, like Blue Marvel, Night Thrasher and the Three X’s.

The main writer on this enterprise is Al Ewing (Immortal Hulk). Joining him will be some Marvel veterans like Peter David, Gerry Conway, Roy Thomas, Chris Claremont, and Tom DeFalco, along with newer faces such as Saladin Ahmed, Chip Zdarsky, Jen Bartel, and Gail Simone. Marvel is also pulling from outside the world of comics with filmmakers Phil Lord and Christopher Miller (Into the Spider-Verse), and even NBA legend Kareem Abdul-Jabbar (!).

Here’s a big chunk of the talent in alphabetical order, though we still have to wait to find out who the “many more” are: 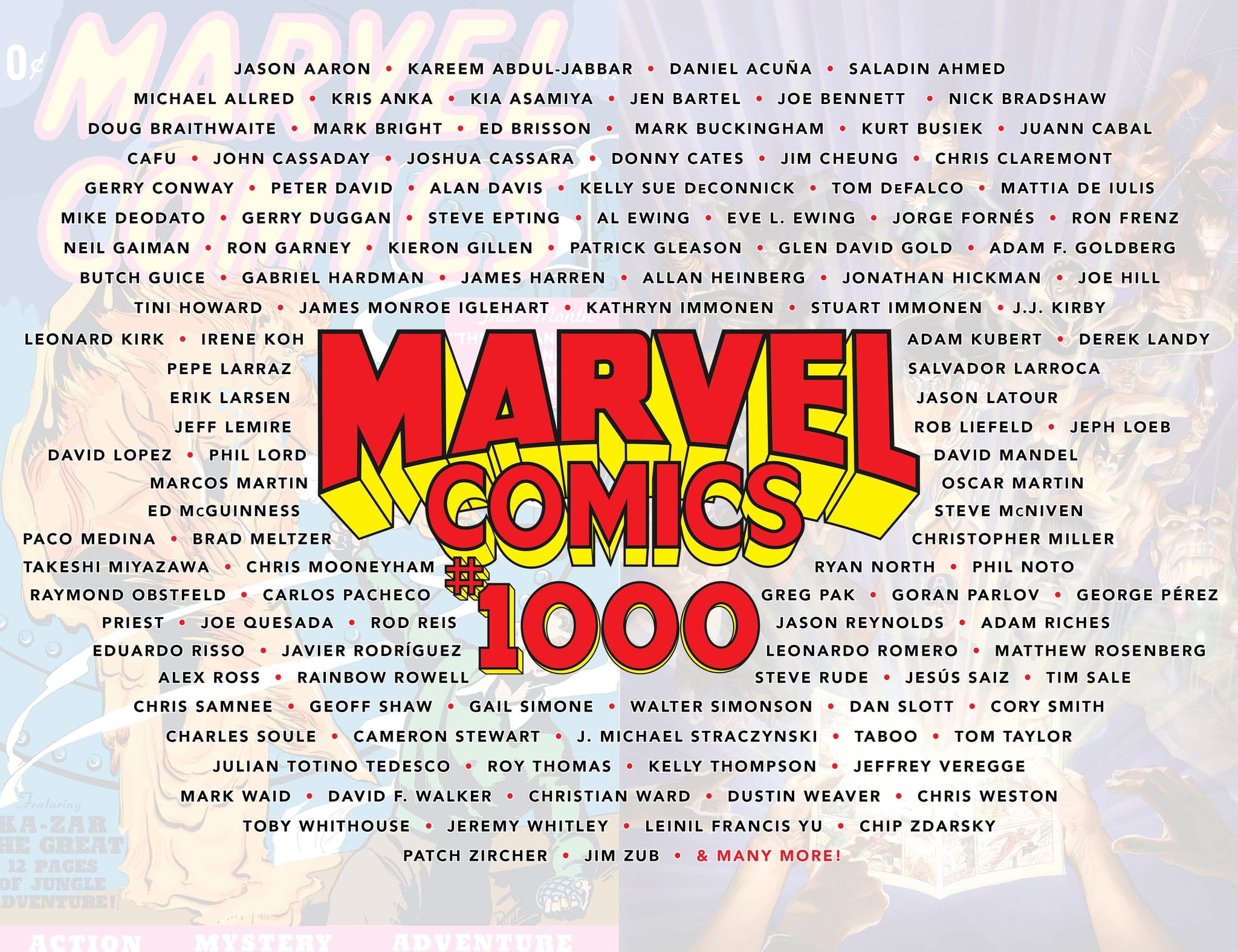 “There are so many threads in this mystery, so many different parts of Marvel you’ll find secret connections. There are a lot of synchronicities and echoes in this, and threads between all of that.”

Editor Tom Breevort told the Times that Marvel Comics #1000 is “the most complex and complicated and difficult book” he’s ever worked on. Editor in Chief C.B. Cebulski said that the format of the anniversary issue lets “these distinguished [creators]… contribute back to the comics they grew up on.”

But wait, how did they get to #1000 anyway? That’s a bit of a tricky one. Marvel Comics #1 was published in 1939, making this year its 80th anniversary… even though it only went up to #159 before cancellation (as Marvel Tales). 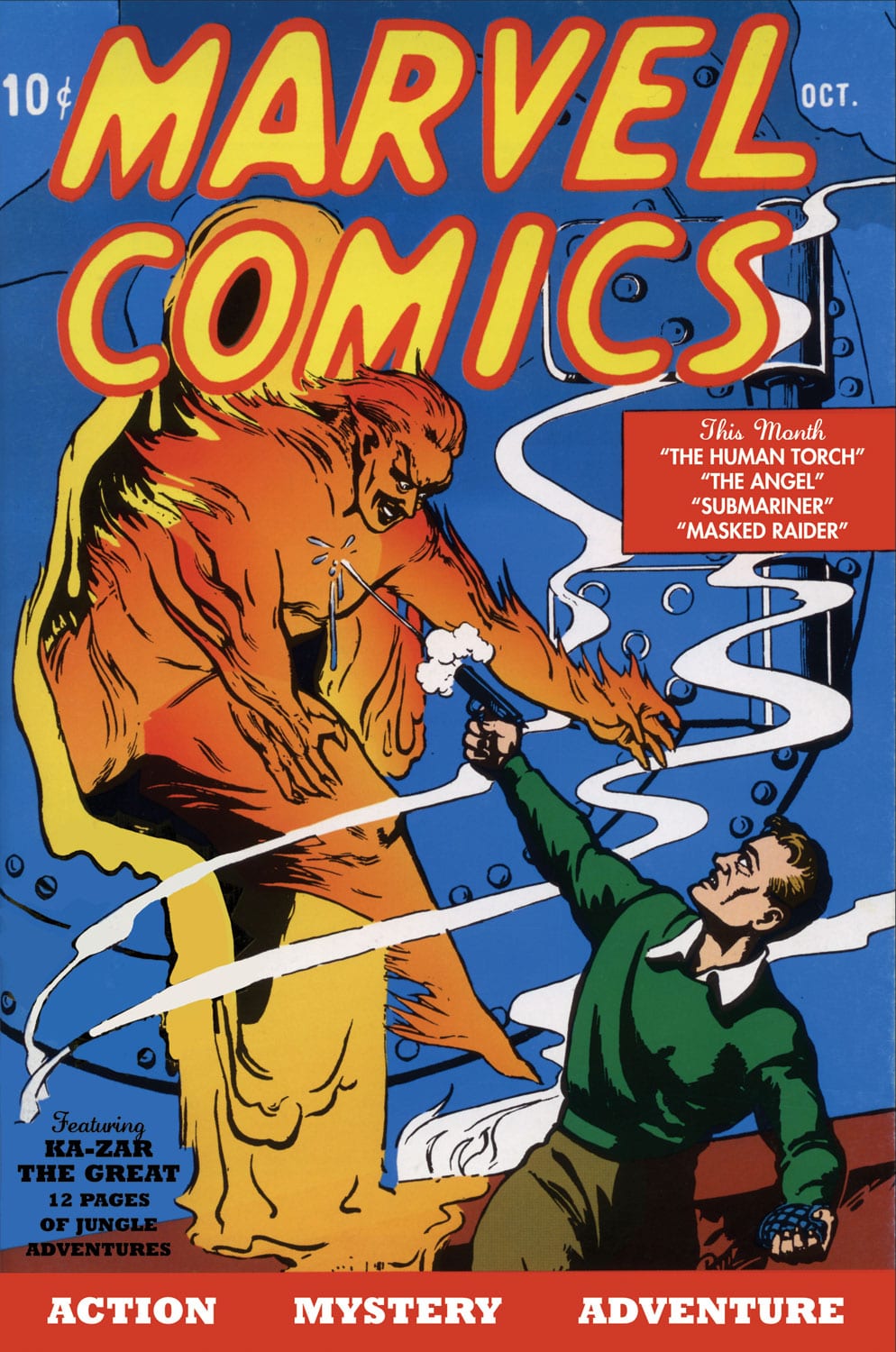 Much like some of the time travel in Avengers Endgame, maybe it’s best to not think too hard and just enjoy the ride. According to Breevort, “More than anything, it was a symbolic thing.”

You can watch the “This Week In Marvel” announcement video here.

Are you ready to see all these creators take on the classic Marvel Universe? Does Marvel Comics #1000 sound like a good way to mark an important anniversary? Leave us a comment!